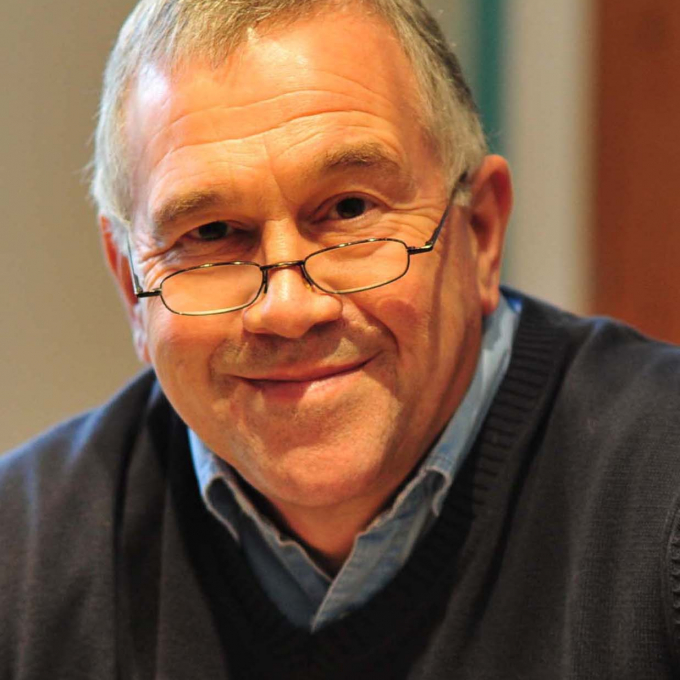 Simon Brett was born in Surrey and studied English at Oxford University.

He worked as a producer in radio and television for some years, and in 1979 became a full-time writer.

His first published work was a play, Cast in Order of Disappearance (1975), and it has been followed by others, including Silhouette (1998), which toured nationally starring Stephanie Beacham, A Bad Dream (2004) and two pantomimes: The Tale of Little Red Riding Hood (1998), and Sleeping Beauty (1999).  He has also written for radio, including the series No Commitments, Dear Diary, Smelling of Roses and After Henry.

He is perhaps best known for his detective novels, which are in three series: the Charles Paris series, comprising 16 books which include An Amateur Corpse (1978), Murder Unprompted (1992), Corporate Bodies (1999) and A Decent Interval (2014); the Mrs Pargeter series, which include A Nice Class of Corpse (1986), Mrs Pargeter's Package (1990), Mrs Pargeter's Plot (1996) and Mrs Pargeter's Point of Honour (1998), the eponymous heroine being a widow with a shadowy past; and the Fethering series, set in a fictional village on the south coast of England and including The Body on the Beach (2000), Murder in the Museum (2003) and The Stabbing in the Stables (2006).  The latest book in this series is A Strangling on the Stage (2013). Other novels include Dead Romantic (1985), adapted for BBC2, and A Shock to the System (1984) which was made into a film, starring Michael Caine. In his novels Blotto, Twink and the Ex-King's Daughter (2009) and Blotto, Twinks and the Dead Dowager Duchess, Brett introduces the brother and sister sleuthing duo Blotto and Twink.

He has edited the Faber Books of Useful Verse (1981), Parodies (1984) and Diaries (1986), and his humorous non-fiction titles include a series of How to be a Little Sod books and The Wastepaper Basket Archive (1986).

Simon Brett is a talented speaker, and performer of one-man 'crime in rhyme' dramas, and a former chair of the Crime Writers Association and the Society of Authors. He lives in West Sussex.