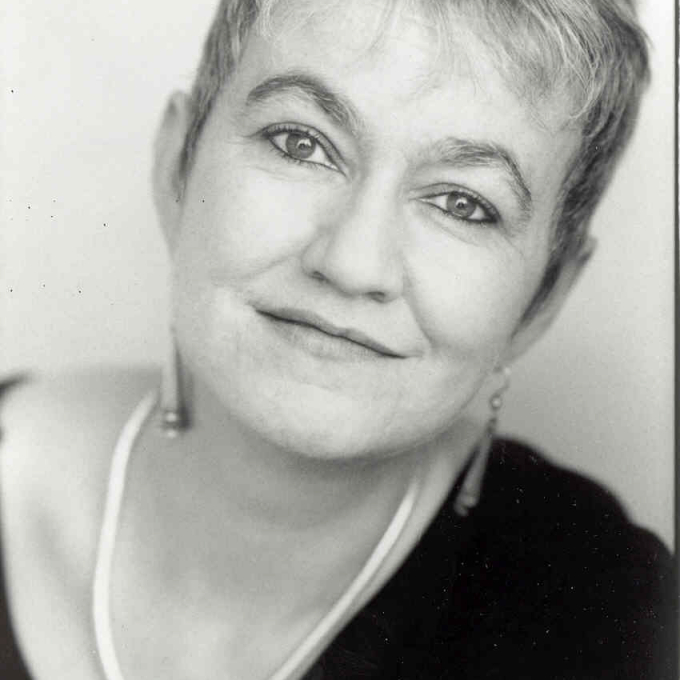 The poet and translator Sarah Maguire was born in West London in 1957.

After leaving school early, she trained as a gardener before attending university and then becoming a full-time poet and broadcaster. She was a regular contributor to BBC radio arts programmes and former Poet in Residence at Chelsea Physic Garden and at Huntercombe Place Young Offenders' Institution.Her poetry was first published in 1989 in the series New Chatto Poets: Number Two, with fellow poets: Susanne Ehrhardt, Paul May, Lucy Anne Watt, Robert Crawford and Mark Ford. Her first collection of poetry, Spilt Milk, was published in 1991, followed by The Invisible Mender in 1997. The Florist's at Midnight (2001), a collection of poems about flowers and gardens, includes poems from her first two volumes and a selection of new poems. She also edited two anthologies, A Green Thought in a Green Shade: Poetry in the Garden (2000), for the Poetry Society, and Flora Poetica: The Chatto Book of Botanical Verse (2001), a unique selection of seven centuries of poetry in English concerned with plants and flowers, all arranged according to their botanical identities.

The first writer to be sent to Palestine (1996) and Yemen (1998) by the British Council, Sarah had a strong interest in Arabic literature, and she had translated the Palestinian poets Mahmoud Darwish and Ghassan Zaqtan; the Sudanese poet, Al-Saddiq Al-Raddi (2008) and the Afghan poet Naderi Partaw (2008). Sarah is the only living English-language poet with a book in print in Arabic - her selected poems, Haleeb Muraq (2003), - translated by the leading Iraqi poet, Saadi Yousef. Sarah was the founder and director of the Poetry Translation Centre, which opened in 2004. The PTC emerged from the poetry translation workshops she inaugurated whilst she was the Royal Literary Fund Writing Fellow at the School of Oriental and African Studies at the University of London (2001-2003). Through its unique pairings of leading British poets with linguists, the PTC has translated poets from South Korea to Somaliland (www.poetrytranslation.org).

She was also the co-translator of the Afghan novelist, Atiq Rahimi's book, A Thousand Rooms of Dream and Fear (2006).

Her latest collection is The Pomegranates of Kandahar (2007), shortlisted for the 2007 T. S. Eliot Prize.  In 2008, she received a Cholmondeley Award.

During the launch of Sarah Maguire’s collection, The Pomegranates of Kandahar (2007), at Daunt’s Books in West London, a report stated that the audience was treated to a reading of the title poem by her friend, the distinguished Iraqi poet Saadi Yousef, in his own translation (Susannah Tarbush, online Saudi Gazette, 2 July 2007).The poem makes a brilliant analogy between the ‘joyful fruit’ that this region of Afghanistan was once famed for growing, and the deadly effects of landmines now strewn across the same land. ‘Come, let us light candles in the dust / and prise them apart - // thrust your knife through the globe / then twist / till the soft flesh cleaves open // to these small shards of sweetness’. It concludes: ‘a city explodes in your mouth / Harvest of goodness, / harvest of blood’. Such evocations of the human costs of war, and its sympathies, are fully in keeping with Maguire’s links of friendship with Arabic writers. She has focussed attention by translating their works, showing an informed knowledge of their cultures from her visits to Arab countries, and has a longstanding commitment to their causes.

There have always been other important subjects in her poetry as well. It delights in trees, plants, flowers, gardens and landscapes; celebrates the sensuality of love affairs, and mourns the departures of lovers, the inevitable ageing of the body. She places her delicate lyricism within a context, whether this is international or the localities of her native city, London. Her work began when she was a gardener for Ealing Parks Department, and in 1998 she was Poet in Residence at the Chelsea Physic Garden.

Practical horticultural knowledge informs her poetry collections as well as her editorship of the highly praised Flora Poetica: The Chatto Book of Botanical Verse (2001). Organised by plant families, this brings together, for instance, Blake’s sunflower and Allen Ginsberg’s; Wordsworth’s daffodils with Michael Longley’s. Numerous poems about roses take love as their subject – others are about revolution. It is a world anthology, setting the British alongside poets from America, Africa, the Caribbean and elsewhere. And it is aware of political dimensions: as she remarks, ‘It’s impossible to grasp the significance of plants in British culture without grasping the centrality of colonialism’.

The title poem of her first volume, Spilt Milk (1991), has itself been anthologized, its extended oral metaphor of spilling ‘good and/ bitter milk’ enacting both a sexual act and a difficult relationship. ‘Mushrooms a la Greque’ is another that plays with images of food and regret at the end of a love affair, sardonically leaving ‘an irritation in the u-bend / or something stirring in the colon, / urgent for release’. Even the pleasure of ‘sitting/ in a walled garden drinking gin’ is compromised by fallout from the Chernobyl nuclear disaster (‘May Day, 1986’), while ‘The Garden of the Virgin’ takes us to a Greek island, imagining Mary ‘inhaling its aromas, / gathering the blooms / of oleander and hibiscus’. Significant is a glimpse of ‘the edge of Tunisia’, which is ‘like the seaside / or an abandoned set from Beau Geste’.

The Invisible Mender (1997) shows her gifts for precise description, whether of the natural world or of the distilling the emotion of her own feelings. The title poem imagines her absent mother sewing, not knowing ‘if you still are mending in the failing light, / or if your hands (as small as mine ) / lie still now, clasped together, underground’. And in ‘Tidemarks’, there are frankly erotic parallels between preparing and consuming food and the lover’s body: ‘At seventeen I hadn’t seen an artichoke. / Nowadays I’ve learnt the ritual / of stripping back the tight-packed petalled head / to unsleeve the longed-for heart’. The volume is also notable for a lyric sequence freely adapted from ten poems by the great Russian poet Marina Tsvetaeva. Though not translations in any strict sense, they nevertheless indicate Maguire’s strong interest, perhaps anticipating her directorship of the Poetry Translation Centre at the School of Oriental and African Studies, the University of London, from 2004 onwards.

Translation has since been a distinctive part of her literary output, including (with Yama Yari) the novel A Thousand Rooms of Dream and Fear (2006) by Afghan writer Atiq Rahimi.The Florist’s at Midnight (2001) is in many ways her most characteristic and attractive volume, bringing together her best flower poems, which travel the world for settings, images and metaphors yet also remind us of consumer truths. The title poem significantly observes ‘Packed buckets / of tulips, of lilies, of dahlias’ which have been ‘torn up from their roots’ and ‘cargoed across continents’. At home, other flowers on a kitchen windowsill are ‘fattening with odour, // with the heady heat of flawless whiteness. / The carved, curved geometry of the blooms // more lucid than hallucination’ (‘Gardenia’). Then ‘Zaatar’ (the Arabic word for thyme) shifts the focus to a very different ‘bleached landscape / of limestone / of broken stones /  of olive trees stricken and wasted’. This is dedicated to the Palestinian poet Zakaria Mohammed, its ‘bitter herb’ standing in for a bitter history. By joyous contrast, a bud of hibiscus is ‘opening its impossibly crimson mouth wide open’ while, on a moped ride through the streets of Marrakesh, its speaker speeds to a lover’s bed (‘Hibiscus’).

Returning to her most recent collection, ‘Almost the Equinox’ suggests East-West parallels when describing a walk with a friend through London. A gingko tree beside St. Paul’s Cathedral, ‘its roots woven / deep beneath a graveyard’ will ‘return to us, suddenly, / years from now’. The church’s ‘huge nave / reminds you of the Great Mosque in Kabul’, still there despite the ravages of war, ‘just as Wren’s great dome once soared above the Blitz’. Another Palestinian poet, Ghassan Zaqtan, is the dedicatee of ‘From Dublin to Ramallah’, a generous salutation of solidarity. As it states, he was prevented from taking up an invitation to read at a Dublin poetry festival, so ‘I post you a poem of water. / Subterranean subterfuge, / an indolent element that slides across borders, / as boundaries are eroded by the fluency of tongues’. Water, of course, is much needed in Ramallah, much lamented in Dublin. This, it implies, can’t change political realities on the ground (curfews and snipers), but poetic metaphor can dissolve barriers and bring people together. Further, it calls for ‘a liquid dissolution’ to ‘let English absorb the fluency of Arabic, with ease ,/ let us speak in wet tongues’. Throughout The Pomegranates of Kandahar, Sarah Maguire’s acute descriptive poetic gifts and humane sympathies – whether writing about plants, flowers, relationships, cultures or individuals under pressure – are shown wonderfully in full bloom.

@invisiblemender Just rescued a truly massive bumble bee from down the back of the tumble dryer. What would Sylvia Plath say?
(13 years ago)