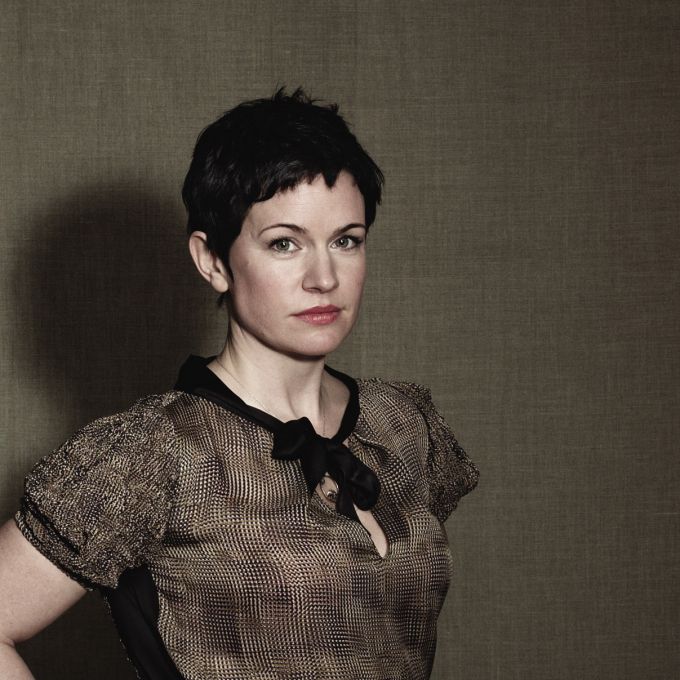 She took a degree in English and Art History at Aberystwyth University, and began to take writing seriously from the age of twenty, first as a poet, several of her poems appearing in poetry magazines, then as a fiction-writer. She took an M Litt in Creative Writing at St Andrew's University and stayed on for a year afterwards to teach on the undergraduate Creative Writing programme.

Her first novel, Haweswater, was published in 2002. It is set in the 1930s, focuses on one family - the Lightburns - and is a rural tragedy about the disintegration of a community of Cumbrian hill-framers, due to the building of a reservoir. It won several awards, including the 2003 Commonwealth Writers Prize (Overall Winner, Best First Book).

Her second book, The Electric Michelangelo (2004), set in the turn-of-the-century seaside resorts of Morecambe Bay and Coney Island, was shortlisted for the 2004 Man Booker Prize for Fiction and the 2005 Commonwealth Writers Prize (Eurasia Region, Best Book).

The Carhullan Army (2007), won the 2007 John Llewellyn-Rhys Memorial Prize and was shortlisted for the 2008 Arthur C Clarke Award for Best Science Fiction.

Her most recent books are the novel How to Paint a Dead Man (2009); her first collection of short stories The Beautiful Indifference (2011); Mrs Fox (2014), which won the BBC National Shorts Story Award; and the novel The Wolf Border (2015).

Sarah Hall is an Honorary Fellow of Aberystwyth University and a fellow of the Civitella Ranieri Foundation. She was named one of Granta's Best of Young British Novelists in 2013.

Sarah Hall has Sarah Waters’ gift for location, John Irving’s interest in detailed cross-generational narratives, and a poet’s feel for the sensual qualities of language.

Her writing has considerable descriptive power, and deals, among other things, with the difficulty inherent in any attempt to reconcile the demands of lust with the social rules of the civilised order. If the author has a tendency to say too much, her work is, nevertheless, bold and moving.

Hall’s debut, Haweswater (2002), is a fiction inspired by the building of the eponymous dam in the 1930s. Set in the village of Mardale, in the old county of Westmorland, which now forms part of Cumbria, the novel is about the destruction of a hill-farming community. The flooding of the dale and the building of a reservoir signifies, to those who know nothing of the culture, history and tradition of the area, progress; however, to those whose lives are to be affected by the development, it is an end to a way of life which has persisted for centuries. As with Hardy’s Wessex, and, more recently, Graham Swift’s fenland, Mardale is a living presence in Hall’s novel.

The author’s evocation of and compassion for place is impressive. There are moments when the reader feels that the author seems to be writing her own myths, tales hewn from a land she knows by instinct, upbringing and research. Hall’s Mardale is a place of ‘quiet men, economical with language, who spoke only in definites and who limited their actions to useful gestures or to work.’ The laconicism of the people depicted in the novel is compensated for with a prose the richness of which threatens to overwhelm. Hall can make too much of a moment, both in her debut novel and elsewhere, as if attempting to create resonances with words which the words themselves will not allow. Like Dylan Thomas, she is fond of coining compound adjectives (‘even-weighted’, ‘wine-accompanied’, ‘maroon-centred’) and likes to indulge her predilection for sentences which are the linguistic equivalent of chocolate cake.

Hall’s second novel, The Electric Michelangelo (2004), is the story of Cy Parks, who has ‘eyes for the grotesque things of life.’ He spends his early years in his mother’s hotel, a place for consumptives with ‘ashen, bulging faces,’ coughing up blood ‘into their basins and handkerchiefs hourly.’ When he becomes an apprentice tattoo artist to the eccentric, unpredictable and alcoholic Eliot Riley, he is transformed into the Electric Michelangelo of the title, and leaves Morecombe Bay for the US, where he opens his own parlour on the Coney Island boardwalk. There he meets fellow immigrant Grace, an enigmatic circus performer who shares her apartment with a horse and who hires Cy to cover her body in eyes.

The Electric Michelangelo loses itself a little to a quasi-philosophical thesis on the art of tattooing. The novel is more interesting when it is carnivalesque tale of seaside resorts and unconventional lives. The opening chapters, which evoke Morecambe Bay at the beginning of the twentieth century, are among the most vibrant passages in Sarah Hall’s work: this ‘poor man’s Blackpool’ where ‘the music halls were always full,’ a place of ‘Sunday-best attire and flagpoles clanking in the breeze,’ where there was ‘sugar rock, dripping ice-cream cones, quarter-sliced ham sandwiches, tea on the beach and a variety of sticky buns.’

Hall’s third novel, The Carhullan Army (2007) is faster, leaner and more thrilling than its predecessors. Set in a future in which cars are ‘husks of a privileged era,’ and the rain ‘feels wounded,’ it has urgency and visionary intensity. Oil supplies are nearly dry, there is war in China and South America, and much of Britain is underwater, run by the faceless omnipotent Authority. It is a fearful new world of ‘despondency and resentment’, where people have become the ‘sterile subject(s)’ of a ‘wrecked and regulated existence.’ A woman known only as ‘Sister’, writing from a prison cell, tells of her escape from a regime which forces women to wear coils, which are attached ‘as efficiently as a farmer clipping the ear of one of his heard.’ Sister writes of how she headed for Carhullan, where a community of ‘unofficial’ women was said to live on a fortified farm in a ‘raw landscape, verging on wilderness’, beyond the Cumbrian fells. Led by the contained, determined Jackie Nixon, whose skin ‘could barely contain the essence of her,’ the women resist the ‘old, disabled versions of (their) sex.’

It is here that ‘Sister’ will be stripped to her essence, rebuilt, and have to come to terms with how far she is prepared to go to fight. Hall captures well the rhythms and routines, the brutal facts of subsistence existence, the relationship between the people and the environment.

This novel is the first of Hall’s to feature first- person narration, and while the prose still has poetry, it gains much in being that little bit more distant and abrasive; it is less in thrall to its own sensuality. The novel is many things: a critique of the way in which gender is socially constructed; a cautionary note to a self-indulgent culture; and a balanced analysis of collective living. Inevitably, it recalls both 1984 and The Handmaid’s Tale, and, is, in part, homage to both. A controlled, sustained piece of imaginative fiction, The Carhullan Army, like all good dystopian novels, is as much a comment on the present as a warning of what the future might hold.

Hall’s fourth novel, How to Paint a Dead Man (2009), is about the nature and meaning of artistic creation and reception. The novel contains different types of artist: an old master living in solitude; a middle-aged nostalgist still obsessed by youthful hedonism; a modern professional aware of the significance of marketing, confidence and conviction; an undiscovered talent who is fated to disappear without being noticed. The four characters in the novel are all connected to one another in some ways, but the very point of the novel is that connection is so very hard to find and almost impossible to sustain.

At the heart of this novel is a story of what kinship is and what it consists of. It asks whether or not true communion can ever be found either with another human being or with something that has been created by one. Human beings die, change, leave, get older, become too well-known to us. Objects become work and work becomes routine. The need to create becomes a need to sell, the stuff of the imagination the commercial dream of its eventual advertising agent.

Loss is shown to lead to terrible need, the disillusion of one profound relationship to the desire for some kind of new frantic coupling, for sex beyond ‘mundane, moral life,’ for experience that will return to life the vitality that can no longer be found in the routine patterns of domesticity.

Hall’s writing is at its best when capturing the essence of a moment, the numinous quality of interior life, and the capacity for event to surprise the individual. These qualities are displayed in her most recent publication, The Beautiful Indifference (2012), a collection of short stories which reveals that the shorter form may well be the author’s natural mode.

These are stories about ‘company, the tactile world, atoms’, and the ways in which we try to overcome the known realm of ‘scentless, bloodless’ love by seeking out alternative arenas of novel sensation, within which we hope to find that we have been returned to the primary passions that marked our transition from childhood, when we discovered not only the chaotic pretence of adulthood, with its artificial morality, its hypocrisy, and its fear of anything new, but also sex.

The short story suits Sarah Hall. She has a natural gift for taking the reader directly into the centre of a world that feels at once recognisable yet new.

These stories of sudden violence, of friendship and desire, link people to place, showing that although we may flood our valleys and dam them, although we may pave and mechanise, although we may privilege utility over beauty, the passionate sympathy that we have with the very rhythms of the earth upon which we remain fated to stand, no matter how much we may try to distance ourselves from it, will have its expression in us and not let us be, whatever we might have to say about it.