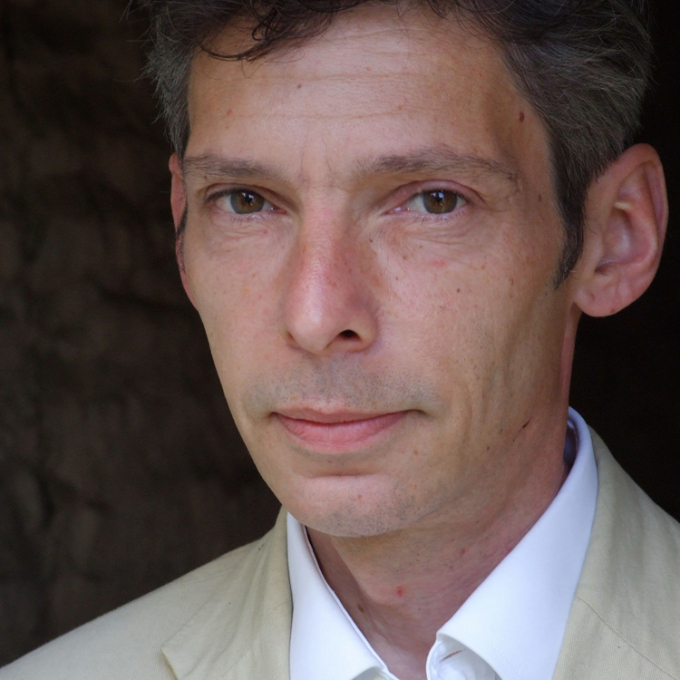 Sam Willetts was born in 1962 in Oxford, and raised there. His father was a scholar and translator of Russian at St Anthony’s College, and life was always closely connected to the university. Willetts himself studied English at Wadham College, and subsequently worked as a teacher, journalist, and travel writer.

In his youth, Willetts used drugs now and again, but at the age of 37 became a regular user of heroin, and a prolonged and difficult period of poverty and uncertain residence followed, before his more recent recovery. While a number of his poems do address his drug use, his oeuvre is markedly varied, and many also deal with his childhood and family life — including, notably, the experiences of his mother Halina, a Polish Jew who escaped the Holocaust.

Willetts came to poetry late in life, being named as one of the Poetry Book Society’s Next Generation Poets in 2014. His first collection, New Light for the Old Dark, was published by Jonathan Cape in 2010. It was shortlisted for the Forward Prize, the Costa Prize, and the T. S. Eliot Prize. His writing has appeared in Granta, Poetry Review, TLS, and the LRB, among others.

Sam Willetts has emerged as one of the brightest of the new generation of poets named in 2014 by the Poetry Book Society’s once-in-a-decade list. The recognition is richly deserved for a body of work which has been described as uncommonly mature even for someone published as relatively late in life as Willetts, who was born in 1962 and overcame a prolonged period of heroin addiction and associated personal difficulties before his debut collection appeared from Jonathan Cape in 2010.

The writing in New Light for the Old Dark deftly impresses itself on the reader with a visceral urgency that suggests, as Kate Kellaway has remarked for the Observer, that these are poems that ‘needed to be written’. The depth of Willetts’s storehouse of ideas and experiences is matched by his sheer poetic capability, showcased in a collection possessed of ‘tremendous, unshowy intent’.

On the occasion of the Poetry Book Society’s twenty-strong list, the judge and poet Clare Pollard was ‘struck by how many of the collections are in fact sequences, heralding a return to book-length narratives’, or ‘long-poems’. While not strictly itself a sequence, nor containing formal sequences, New Light for the Old Dark nevertheless strikingly participates in this ‘return’ to storytelling with a long arc. Vicki Feaver sees the collection as ‘chronicles of a flawed world that add up to a poet’s Bildungsroman’, a physical and emotional biography ‘in which language and form and feeling fuse to create extraordinary narratives and images of redemption’.

Willetts’s headline-grabbing encounter with heroin addiction supplies some of the inspiration for his poetry, though not by any means the largest part. His is a varied and far-reaching oeuvre that touches on history, identity, childhood, and place. Still, those moments in the collection that do relate to his period of addiction are intoxicatingly intense. The four-stanza ‘Two-Up Two Down’, for instance, doesn’t pull any punches, its emotional starkness uncomfortably reinforced by an almost comic shift of tone between its downstairs and upstairs scenes: the ‘mother and young daughter / kitchen-clattering in bright saris’, ‘ambiance of warm mutton fat / and Bollywood rejoicings from the video’, bleakly supplanted by the finely drawn depiction of the goings-on behind the ‘sacred filthy door’ upstairs, where ‘the two older brothers are snake-basking / in the caramel rays of their all-night sun / with their scales and weapons and clingfilm, / black teeth and void pinhole eyes’. Balanced ‘between / these two worlds, always calm’, is the figure of the father — buzzing around ‘the piles of heartbreak cash […] like a solicitous pimping concierge’. Here as elsewhere in the collection, Willetts’s poetic language is searingly and immersively realized, as it places us between the two poles of light and dark cast by its title.

Yet, as Kellaway has rightly pointed out, ‘this is not a solipsistic collection’, and ‘there are other worlds here’. One of the more expansively interrogated is the story woven across a series of poems of his mother’s adolescent escape from the Nazis, ‘a narrative that moves from a Stuka attack on the Smolensk Road to the Krakow ghetto, the destruction of Warsaw, to Nuremberg and Nagasaki and, finally, his mother’s grave’. John Field has noted the importance of time as a motif, in the way Willetts deals with aspects of his own and his family’s painful history. For Willetts, he claims, ‘time doesn’t pass, it accretes’, and develops into something new. The motif is often aligned with the contradictory processes of organic and human development, and Willetts’s debt to the great nineteenth-century poet of the English countryside and its disturbance, John Clare, is acknowledged both explicitly in the dedication to ‘Honest John’ and elsewhere implicitly in his vivid, original treatment of the pastoral mode.

The letter that arrived in 2010 informing Willetts of the shortlisting of New Light for the Old Dark for the Costa Prize ‘made a nice change’, he wryly noted at the time, from the type he had become accustomed to receiving, that ‘tend to demand money’. His stated wishlist in the event of winning its £30,000 award was simple and deeply affecting: ‘I would buy a beautiful pair of shoes that didn’t let in water, a wardrobe of clothes and a better gravestone for my dad. […] If I had any money left, I’d go on holiday but I would have to get a passport first. One thing about addiction is that you lose things, not just friends and hope but photos, documents, possessions.’ Willetts’s remarkable debut collection powerfully and movingly demonstrates that even out of such loss and darkness there is always the possibility of new light.