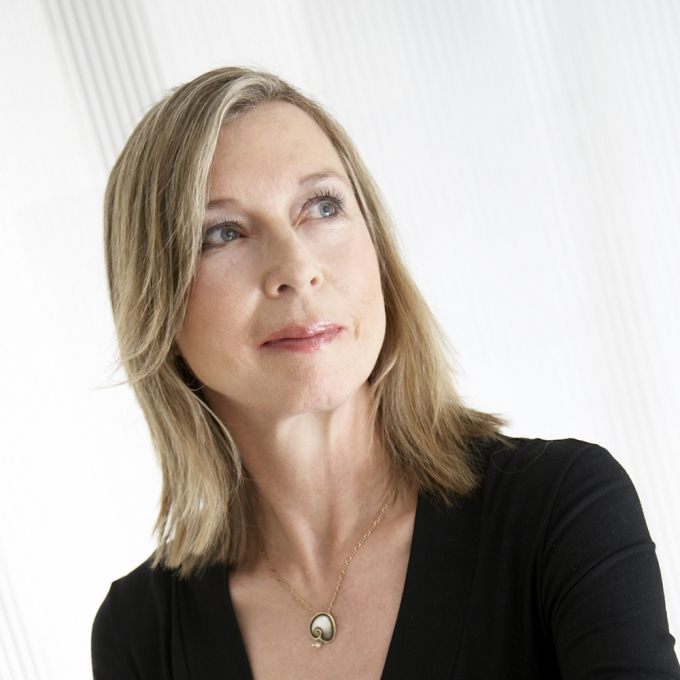 Salley Vickers was born in Liverpool in 1948 and was brought up in Stoke-on-Trent and London.

She read English at Newnham College, Cambridge, then worked as a teacher and lecturer in English and Ancient literature and Jungian analyst before becoming a full-time writer. Her first novel was Miss Garnet’s Angel (2000), and this was followed by Instances of the Number 3 (2001); Mr. Golightly's Holiday (2003); The Other Side of You (2006) and Where Three Roads Meet (2007). Her latest novel is Dancing Backwards (2009).

All her books touch on themes of psychology, religion, art, creativity and death. She has been described as 'a novelist in the great English tradition of moral seriousness’ and has been compared to Marilynne Robinson, Penelope Fitzgerald, Barbara Pym and Anita Brookner.  Aphrodite's Hat, her collected stories, was published in 2010. The Cleaner of Chartres was listed in the Observer's Book of the Year 2012. Salley Vickers lives in London and Cambridge.

The publication of Miss Garnet’s Angel (2000) heralded the arrival of a new romantic novelist; a novelist whose philosophical concerns reinvigorate a whole genre often accused of being predictably bland.

That this first novel did not achieve notoriety through extensive advertising, but was rather a word of mouth success emphasizes that Salley Vickers’ novels find favour with readers, prompt discussion and sincere recommendation. Lorna Bradbury has designated her a ‘superior romantic novelist’ (Telegraph, 26 July 2009), yet she does not rest on her laurels; each of her works departs enough from the last to surprise, for while Miss Garnet’s Angel is about a woman in mourning discovering Venice, Mr. Golightly’s Holiday (2003) features a male author retreating to Dartmoor and looking at his son’s death in a new way, and The Other Side of You (2006) focuses on the relationship between a failed suicide and her psychiatrist. There are, of course, stylistic and thematic similarities as Vickers skilfully weaves together art, spirituality, mythology, the supernatural and human emotions and relationships viewed through a psychoanalytic lens.

The stylistic element arguably most characteristic of Vickers’ novels is the narrative multiplicity which allows the more dramatic events to be set at a distance, quietly earth-shattering. Often one story is the frame for another, and that one the frame for another and so on. In fact, the settings described in the synopses only ever scratch the surface of her narrative worlds. Her most recent novel, Dancing Backwards (2009), features a widow, Violet Hetherington, on a cruise ship learning to dance in the ballroom on board. However, the ship scenes seem an almost flimsy stage for more engrossing memories of her time at Cambridge, her housemate Edwin and their mutual acquaintance Bruno. An exchange over dinner on the cruise ship, ‘"It’s ever so exciting isn’t it?" Valerie asked. She looked, Vi thought, a little depressed’ seems flat when compared with the youthful vigour of spaghetti suppers, planning a poetry magazine and debating over ‘another bottle of Valpol’. The present in Vickers’ novels is usually only a place to remember and, eventually, resolve.

The concern with spirituality, art, the supernatural and often the darker side of memory is reminiscent of Muriel Spark whose work also often featured lone protagonists struggling with their past or a change in their future. Vickers’ style differs in that she often develops her settings beyond the bare necessities. Frances and Peter of Instances of the Number 3 (2001), for example, stay in ‘the Edinburgh flat of an old school friend of Peter’s’ which is elaborated, ‘a bachelor who travelled abroad, and was grateful to have the flat occupied during his frequent absences. Nor was he fussy about the moral conduct of his guests’. Vickers, it seems, works hard to create a credible world capable of supporting the many levels of her narratives.

Populating these convincing worlds are her often unconventional protagonists; a previously well known author in Mr. Golightly’s Holiday and a widow who does not seem to be particularly effected by the death of ‘poor Ted’ in Dancing Backwards. Instances of the Number 3 features the wife and mistress of the recently deceased Peter, which seems common enough, yet strays to another mysterious character who seems intimately connected. Her former career as a psychoanalyst no doubt informs her portrayal of these people in challenging situations. The most unusual protagonists for a ‘romantic’ novelist are to be found in Where Three Roads Meet (2007), where Sigmund Freud and Tiresias are the dominant voices. Where Three Roads Meet demonstrates that Vickers is willing to take on challenging subjects; she merges myth with a fictional biography of the declining years of Freud. This is a re-mythologizing of the tale of Oedipus and of the man behind its popular psychoanalytic revival. The father of psychoanalysis is analyzed by author and reader through the dialogue on which the novel centres.

Vickers’ novels are polished so much that they become reflective. Not reflective like a mirror since they don’t reflect the world of the reader; in fact their own world is so self-involved that it is involving, making the reader connect with it themselves. Instances of the Number 3, for example, has no space for our own concerns as Frances, Bridget and Zahin cope with the death of Peter. The reader is involved since they must bring the characters out and into themselves; perhaps this is what makes the book resonate so. Miss Garnet’s Angel too circles around an almost manic reflexivity, working out herself and her new Venetian environment. The stories are all the more engrossing for their sense of distance from the reader; once access is gained to the story, they are consuming.

Her latest book, Aphrodite’s Hat (2010) is the first to deconstruct the techniques of multiplicitous narratives into short story form. The concerns are, as ever, to do with love and its many manifestations for individuals. The settings too are classic Vickers in their romantic inheritances; Venice – the setting of Miss Garnet’s Angel, Greece of When Three Roads Meet, London of Instances of the Number 3 and the English countryside where Mr. Golightly holidays. The short fiction form allows Vickers’ to venture into the melancholy often haunting her novels and later depart from it into more warming tales of the heart. There is a dreamy feel behind her fiction, and as Where Three Roads Meet notes;

‘- A dream is an unconscious reality. A reflection…