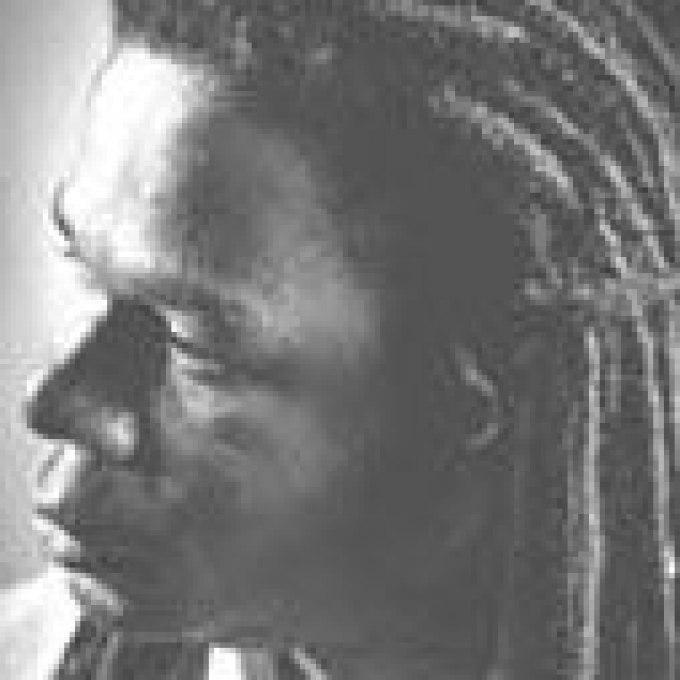 S. I. Martin was born in Bedford and has worked as a journalist for The Voice and Bulletin. He is the author of a novel, Incomparable World (1996), which tells the story of three black exiles living in 18th-century London; and a non-fiction title, Britain's Slave Trade (1999), published to accompany a television series screened on Channel 4.

S. I. Martin lives in South London where he works as a researcher and writer of Black history. In 2007 his children's novel, Jupiter Williams, was published. It tells the tale of a boy who lives in the African Academy in Clapham, London, in 1800. His latest book is Jupiter Amidships (2009).

Steve Martin’s sustained and serious engagement with black British history is captured in his three works of historical fiction to date, his journalism, and a non-fictional account of the slave trade produced in conjunction with Channel 4.

At the centre of his debut novel, Incomparable World (1996), are two recent arrivants: Buckram and William. It is the 1780s and both have escaped slavery only to find themselves destitute in London, living lives of comparable cruelty and violence. The men are not alone. Set in the shadow of the American Revolution, London was, as the blurb to the first edition of the novel puts it: ‘the unlikely refuge for thousands of black Americans who had fought for liberty on the side of the British’. Buckram has recently been released from jail, William gambles in the dens of Covent Garden. Along with their friend, the so-called ‘King of Beggars’, Georgie George, these men articulate, in Leila Kumali terms, the entwined ‘strands of “black” and “British” culture’:

'In its dramatisation of the lives of London’s black beggars, the novel stands within a Black British tradition which deals with the dilemma of ‘belonging yet not belonging’ … the author’s restoration of the nickname ‘King of the Beggars’ alludes …  to the real historical figure Billy Waters, a legendary black beggar in early eighteenth century London, which had in turn been borrowed from John Gay’s The Beggar’s Opera, a work which played a central part in dramatising the figure of the beggar in eighteenth-century British consciousness.'

There is a meticulously observed realism to Martin’s prose, creating a sense of historical immediacy, a freshness and spontaneity that is nevertheless clearly informed by ponderous research and hours in the archive.  Here are the opening sentences of the novel:

'Buckram stood in a puddle outside the Charioteer and listened to the shouts and laughter of several black people in the big smoky room. The alehouse was full this evening, and through a grimy, rain-streaked window he watched his old begging mentor, Georgie George (as wigless as ever), standing in front of the fire, opening and closing his shabby frock coat every few seconds.'

Martin’s attention to detail (the puddle, the streaked window, the wigless Georgie) moves the writing beyond the documentary values of many of his contemporaries, in that it is in excess of mere information. Martin’s skilful manipulation of the past means his precisely situated text also reverberates across the centuries of black British history, from the now relatively well-known slave narratives of Equiano and Sancho, to the postwar pioneer novelists such as Selvon and Lamming, to contemporary black British authors like Caryl Phillips. As Christopher Campbell has convincingly argued in this context: ‘Martin makes expert use of the literary heritage for the subjects of his novel’.

Martin’s next novel, Jupiter Williams (2007), is set in London at the dawn of the nineteenth century. As calls grow for the abolition of slavery abroad we are drawn into the divided world of England’s domestic black population. At the African Academy in Clapham, wealthy Sierra Leoneans like Jupiter and his younger brother Robert live a relatively privileged existence, albeit tinged by discipline and dispossession. Beyond this isolated environment however are the slums of London with its desperately poor black communities. When Robert vanishes without trace, Jupiter, our unreliable narrator, is forced to move beyond the bubble of the boarding school, and into this unregulated world, in a quest to rescue his brother.

Jupiter is from a privileged family in Sierra Leone, and Martin’s atypical choice of character, and the fact that Jupiter more generally refuses to play the role of victim that is still silently expected of black fiction, is part of what is so original, unexpected and refreshing about this book for young adults.

In Jupiter Amidships (2009), Martin’s recent sequel to Jupiter Williams, the action continues as Jupiter and his brother prepare to board a merchant ship sailing for Sierra Leone. Foiled by the Navy, the boys are forced aboard the Boneta where their adventure is about to begin. The novel is on one level a boy’s adventure story with a difference. If its elements of mystery and discovery are the stock ingredients of imperial fiction, they recall more immediately the transatlantic journeys of 18th-century slave narratives. However, as its readers will soon discover, this novel is more than merely historical, and more generally Martin’s fiction faces firmly forward, even as it looks back. For Martin, the history of the African diaspora is of crucial significance to the present. Moreover, without  a certain historical consciousness, Martin sees a precarious vulnerability in the lives of contemporary black Britons. Asked about asylum seekers and Eastern European immigration in 2004, Martin said:

'I mean I live here, just down the road in Brixton, and the comments that I hear from young teenagers of African and Caribbean origin talking about ‘these people in my country’, with no irony at all! It’s a game that I really don’t think we can afford to play, because in another generation, these people from Croatia, and Latvia, and Poland, are not going to be visible, or even audible – they’re going to vanish! And when people of Afro-Caribbean origins have been in Britain for four or five generations we will still be taking the flak. So it is a horrible rite of passage, very tragic.'

By making black history in Britain both audible and visible, Martin offers a compelling counter to cultural amnesia in the present.

@simartin RT @JennyMitchellGo: TIME FOR EMANCIPATION - free poetry workshop and half-day symposium 26 May. Join me, @rmcfarlane63 @simartin plus a pa…
(1 days ago)

@simartin Any artist, writer, heritage professional, poet or educator not following or subscribed to @BNArchive is missing out hugely!
(1 months ago)