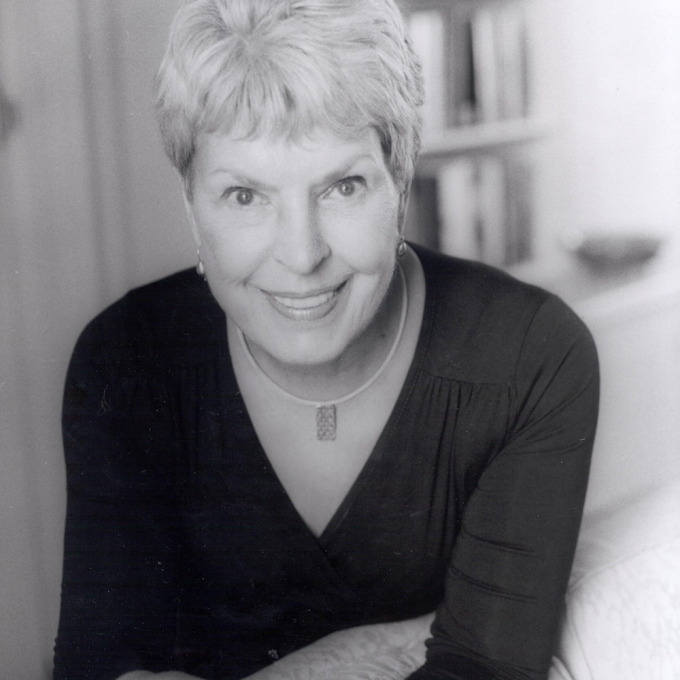 She was a Fellow of the Royal Society of Literature and has received many awards for her work, including the Crime Writers' Association Cartier Diamond Dagger (lifetime achievement award), and the Sunday Times Award for Literary Excellence.She is the author of a series of many novels featuring Detective Chief Inspector Wexford, set in Kingsmarkham, a fictional English town. The first of these, From Doon with Death, is also her first novel and was published in 1964. Books in the series include Kissing the Gunner's Daughter (1992), Simisola (1994), Road Rage (1997), End in Tears (2005), and Not in the Flesh (2007).

Her other novels include the recent Portobello (2008); Tigerlily's Orchids (2010) and The Saint Zita Society (2012). Profile will publish A Spot of Folly, a posthumous collection of short stories, in 2017.

She also writes under the pseudonym Barbara Vine. These books include A Dark-Adapted Eye (1986), A Fatal Inversion (1987), winner of the Crime Writers' Association Macallan Gold Dagger for Fiction, Gallowglass (1990), King Solomon's Carpet (1991), Asta's Book (1993) and The Brimstone Wedding (1995). The Blood Doctor (2002) is a psychological novel based on the diaries of Lord Henry of Nanther, Queen Victoria's physician. Her latest Barbara Vine book is The Child's Child (2012).

Her two books of collected short stories were published in 1987 and 2008. Many of her novels and short stories have been successfully adapted for television. Ruth Rendell was awarded a CBE in 1996. A Life Peerage was conferred on her in 1997 as Baroness Rendell of Babergh. Ruth Rendell died on the 2nd May 2015.

Ruth Rendell has repeatedly stated her dislike for violence and torture in books.

She has also written that she cannot imagine what it may feel like to kill someone. These statements may come as a surprise from a writer who has made the main focus of her books the investigations in the psychology of deviant individuals placed at the margins of society. Yet, it may be for this attitude that, as fellow novelist Patrick Gale observes, 'Rendell writes about people as coolly as a behaviourist observing the effects of fear or pain on laboratory rats.'

Rendell’s production can be divided into three genres. Her first novel From Doon with Death (1964) introduces the character of Inspector Wexford and the fictional Southern town of Kingsmarkham which represents a microcosm of society. Her second book To Fear a Painted Devil (1965) was the first of her crime thrillers not to contain the reassuring presence of Wexford. Rendell alternated these two series until 1986, when, under the name of Barbara Vine, she published her first psychological novel, A Dark-Adapted Eye. The Vine novels differ from the Rendell ones as they feature deeper psychological characterization and a more sustained social critique.

Running throughout the Rendell and Vine books is an interest for outsiders, influenced by the author's experience as a child, growing up in Britain with an English father and a Swedish mother, who, during the Second World War, people would look at with suspicion, thinking her to be German.

Contrary to P. D. James, the other Queen of British crime who sits at the opposite end of the House of Lords, Rendell is a convinced Labour supporter and she is not afraid of defining her political views as 'socialist'. Rendell’s progressive political views are reflected in her novels which try to innovate a fundamentally conservative literary genre. Ruth Rendell writes mysteries in the vein of a social critic who observes and exposes social inequalities, racial and sexual discriminations and gender biases. Rendell subverts the traditional conventions usually associated with the genre and that make the detective instrumental to the restoration of order in a society momentarily upset by the chaos brought about by crime. Inspector Wexford, whose liberalism is confronted with the conservatism of his deputy, Mike Burden, does assure criminals to justice. Yet, Rendell insists on realism and strives to characterise her detective as an ordinary person: 'He’s not a glamour figure.' In addition, the truth that Wexford’s investigations bring to light indicts traditional and conservative beliefs as responsible for the crimes that have been perpetrated. Murders and transgressions of laws are always linked in Rendell’s books to social injustice. The portrait of 'middle England' emerging from her novel is one where traditional values connive with class differences, racism and sexism to stimulate, rather than to keep in check, the irrational desires that will lead people to kill. Although Rendell’s stand-alone novels are more directly concerned with social and political issues than the Wexford novels, the inspector’s enquiries are not simply general searches for a metaphysical truth, but are always rooted in current debates such as feminism, racism, environmental preservation, labour exploitation, domestic violence, female circumcision, the arrival of new immigrants from Africa to Britain and paedophilia. Contrary to more traditional inspectors, Wexford is by no means infallible and, in spite of his liberalism, is sometimes hostage to the same social conventions which he exposes as harmfully wrong. For example, in Harm Done (1999), Wexford himself is sceptic about the possibility that domestic violence may occur in a respectable, middle-class milieu, an assumption that he will have to revise in the course of the narrative. In the more recent novels, such as Not in the Flesh (2007) and The Monster in the Box (2009), Wexford also seems to be facing physical decay and his thoughts increasingly focus on death. In End in Tears (2005), Wexford is vocally denounced as old-fashioned by the local press of Kingsmarkham which challenges as ineffectual his investigative methods. The exploration of the darker impulses engendered by society’s established codes is even more evident in Rendell’s mystery thrillers which do not feature Wexford. Without the institutional presence of the detective, Rendell herself becomes the investigator and she unveils the connections between crime and social and economic disadvantage. These novels, therefore, do not rely so much on the suspense for the identification of the criminal as a constitutive element. On the contrary, they often give away the name of the murderers and of their victims from a very early stage, taking what prompted them to act as their main focus. Tellingly, the first sentence of A Judgement in Stone (1977), filmed as La Cérémonie in 1995 by another great observer of middle-class hypocrisy, the French director Claude Chabrol, reads: 'Eunice Parchman killed the Coverdale family because she could not read and write.' Social exclusion and the indifference of the bourgeoisie for those who live on the margins of society are the origins of crimes. The beginning is notable for its complete reversal of the conventions traditionally associated with detective fiction as it identifies from the very beginning not only the victims, but also, and problematically so for the genre, the murderer and the reason behind the crime.

The novels signed as Barbara Vine (Barbara is Rendell’s middle name and Vine is a great-grandmother maiden name) merge psychological insights with thriller conventions, often starting from the theme of family disease and the perpetuation of deviancy through different generations. The Vine novels problematise the ability of society to judge the guilt of criminals and to establish the true human motives to commit crime. They combine the exploration of family inheritance with the challenging of social assumptions and institutions. For example, in The Blood Doctor (2000), the theme of family inheritance is seen both from the medical standpoint of haemophilia and from the political one of the 1999 reform of the House of Lords. In The Minotaur (2005), the Swedish narrator Kerstin Kvist finds herself thrown into the completely unfamiliar world of the Cosways where the middle-aged John seems to suffer from mental illnesses. A complete outsider in the 1960s rural England where the novel takes place, Kvist also notices signs of mental illness in John’s three sisters. Yet, in the end, she brings to light the partiality and inaccuracy of the medical diagnosis.

Whether written as Rendell or Vine, her books have made more tenuous the line dividing popular and serious literature. Some critics, including Joan Smith, have denounced that it is sexism which still belittles her as a popular writer: 'It’s astounding that she hasn’t won the Booker. She has developed into a very good novelist, not just a crime novelist. It’s pure sexism - everyone knows that women can write detective fiction, so they’re allowed to succeed at it. Ian McEwan would never be pigeonholed in this way, even though you could say that he’s written detective novels too.' Whether one agrees or not with Smith’s feminist critique of the literary establishment, Rendell is surely a literary innovator whose plots remind us of social realities which we too often try hard to forget. Rendell has also helped to innovate the literary form and the narrative techniques of detective fiction. As it is the case with the stand-alone novel The Water’s Lovely (2006), Rendell’s narratives often adopt a multiplicity of points of view that do not merely advance the story, but constantly redefine the meaning of the events, thus challenging the reader’s conclusions about the characters.

Through her careful depictions of the different social backgrounds where the action takes place, Rendell has become a valuable critic of society and her novels have been described as 'social comedies', constantly calling into question the boundaries between social classes. They explore the hidden ties that link social realities that have apparently nothing in common. Tellingly, the two murdered women in End in Tears belong to very different social classes as do the different characters of Portobello (2008). Her books, hard to categorize as 'popular' or 'genre fiction', are set in a fundamentally amoral world (which is how Rendell describes our contemporary society) and her endings take an unexpectedly more open turn than we would expect from mystery stories: the crime may be solved, but no salvation or redemption occurs and the tensions which generated it in the first place are left unanswered.