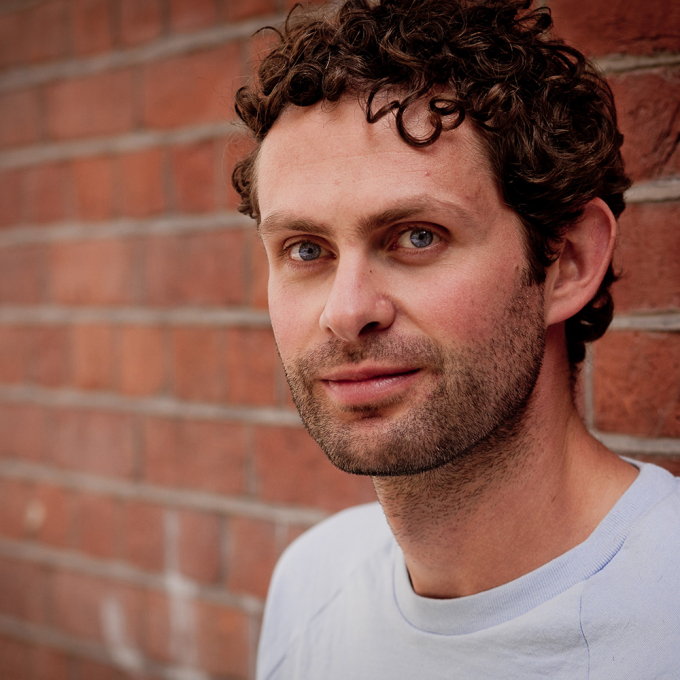 Ross Raisin was born in Yorkshire in 1979. He studied English at King's College, London and later for an MA in Creative Writing at Goldsmith's, University of London.

He won a 2009 Sunday Times Young Writer of the Year Award for his first novel, God's Own Country, published in 2008. The book was also shortlisted for several awards including the Guardian First Book Prize and the John Llewellyn-Rhys Memorial Prize. It tells the story of disturbed adolescent, Sam Marsdyke, and his descent into madness.

His second novel, Waterline, about a former shipbuilder from Glasgow who becomes homeless, was published in 2011.

After emerging with his debut God’s Own Country (2009) as a new high priest of British pastoral, Ross Raisin was championed as marking a welcome revival of the ‘rural voice’ in British fiction.

“Just when you'd given the rugged, rural novel up for dead” announced the Guardian in 2009 “out pops a belligerent new voice from behind a dry stone wall and pings a pellet of sheep shit at you” (February 2009).

But whilst Raisin certainly made the moors of his native Yorkshire his own in his debut, his subsequent writing work seen him apply his narrative control and famous ear for dialogue on a broader canvas, earning himself a reputation as a chronicler of the social fractures of an often-overlooked side of modern Britain.  In 2013, he was included on Granta magazine’s prestigious list of 20 ‘Best Young British Novelists’.

He sprung on the literary scene as the creator of Sam Marsdyke, the malevolent and awkward narrator of his debut, God’s Own Country. Expelled from school and cut off from his fellow villagers in Yorkshire, labelled ‘lankenstein’ for his unfortunate build, he is also mistrusted by his parents and avoided by city incomers, pouring his heart into the companionship of his dog and the landscape around him. His intimate relationship to the land, and his rueful grasp of the forces challenging the rural lifestyle is memorable and astute. He exists as an enigmatic loner until he meets rebellious new teenager townie neighbour Josephine, but their friendship leads to thoughts of escape across the moors, and ends in disaster.

Raisin’s gift in that first novel was partly one of ventriloquism and capturing Sam’s magical and yet real language. His is the demotic voice of the Yorkshire wide-open spaces, a slang sound too often missing from the insular metropolitan accents of the British novel. In his own words, “I certainly did plenty of research into Yorkshire and its language. I did enough of this that I felt able to use that knowledge as a base and invent other things into it.” (November 2008) The novel is filled with imaginative use of the regional argot and the music that its use can produce.

The response to his debut understandably homed in on the language. The Guardian noted that “it is a joy to read for the dialect alone, a linguistic feast as chewy as parkin, full of beltengers and hubbleshoos, nimrods and charvers. Sam's gadfly mind animates in whirling prose everything he comes across.” (March 2008).  Neil Rennison in the Sunday Times hailed the “creation of an entirely original voice for his protagonist. Marsdyke, who blends colloquialism with flights of verbal fancy, is like no other character in contemporary fiction” (March 2008). To Peter Carty in the Independent, it was clear that  “Raisin's achievement in creating and sustaining such a richly distinctive narrative voice [was] considerable. (March 2008).

But beyond the dialect and language, Raisin clearly has important things to say about the peripheral place of the provinces in the national imagination. Like Jez Butterworth’s wildly successful play Jerusalem (2009), God’s Own Country shines an uncomfortable light at a forgotten countryside underclass. The Telegraph certainly saw this aspect in the book, praising it “a comic commentary on rural decline” (March 2008). However, he has been seen as restrained on this point compared with some of his seemingly obvious British parallels. “Among contemporary writers, there is a clear comparison between Raisin and Niall Griffiths; but where Griffiths fully inhabits his characters' passionate lust for life and anger at their underclass existence, Raisin remains a little detached from Marsdyke” (Independent, March 2008). This much-commented-upon detachment prevents us from calling his work a contribution to the truly satirical or angry condition-of-England tradition to which it might possibly belong. The promise of this first novel led to him being named the Sunday Times Young Writer of the Year 2009.

His second novel Waterline begins in Glasgow in a landscape dominated by looming blocks of flats, “solid in a row like a picket line.” The narrator Mick Little used to be a shipbuilder on the Glasgow yards. But with the impending closure of the docks, the search for work took him and his Cathy his wife to Australia, and back again, struggling for a living, and longing for home. Thirty years later, the yards have nearly all gone and Cathy has died. Tormented by grief and a lack of direction, he heads to London for a new start, and finds himself in the twilight world of Heathrow hotels kitchens and a multinational labour force whose minimum wage jobs are constantly under threat if they even meet together in private.  Monica Ali had covered this invisible world in her novel In the Kitchen (2009) but Raisin’s depiction is far more poignant, not least some heart-breaking depiction of guilt as Mick mourns over his late wife: “the laundry room is empty … he puts the overalls into one of the washers. He sits on a chair and watches them spin and flump through the glass; shuts his eyes and tries to see her.”

As Raisin depicts Mick’s inexorable drift into homelessness and street drinking, he carefully refrains from judgement or comment. Instead, Waterline examines the institutional and social forces that both contribute to his descent, and the charity of a society that picks him back up. As Mick’s angry and hurt son tracks him down, he is desperate to know the reasons for his father’s flight and downward spiral. But Raisin’s account of Mick is stark. “If there were straight answer that he could give, then it would be easier. Why did he go to London? Why did he do any of it? Christ knows. He needs to be fair but, to be open, so he attempts to tell him at least some of what he’s asking, even if he is light on the details.” The novel itself though is awash with details, and commanding in its depiction of the realities of life in a hidden city almost unrecognizable from that appearing in the fiction of Raisin’s peers.

The decision to render Mick’s voice was risk, the latter especially so for an English writer. Could Raisin repeat the conjuring trick he achieved in Masdyke and inhabit the dialect of class Glasgow? Was it the “triumph of ventriloquism and empathy” that The Guardian (July 2011) thought it to be, or was Mick’s “not so much an individual voice as a stock accent (The Literary Review, July 2011)? Happily for the most part the novel’s ventriloquism succeeds, not only capturing the interior vernacular monologue of its central character, but also the voices of other nationalities and origins with whom he shares the streets of the capital.

Perhaps inevitably then its sheer bleakness the reception for Waterline more muted than for the unexpected success of the debut. However, “far from joining that teetering pile of disappointing second novels” the Scotsman concluded, this follow-up was “stunning - a poignant, shocking, wry, shaming, yet profoundly generous, and cunningly crafted classic in the making … the definitive novel for our times” (July 2011). Others weren’t entirely sure. The Observer lamented that it was “less exuberant” than its predecessor and its “schmaltzy, sun-kissed ending disappoints.” Though there were narrative disappointments, Catherine Taylor in the Telegraph thought that “Raisin is shaping up to be one of our most extraordinary writers” (July 2011).

As Philip Hensher has written, if Raisin “allows himself to spread out, to tell us a range of stories … one day he is going to write a masterpiece." With his announcement as one of Granta’s ‘Best Young Novelists 2013’, the literary world has given a vote of confidence in his potential to do so.

Primarily, I see myself as somebody who is interested in language, in the aesthetic pleasure of words and how different people use them. There is also, in some form, a political interest, although it's not an overt one as such. It is part of what makes me want to write, of course - about people, the desire to think about their lives, how they fit into society. I often get asked if I intend to 'give a voice' to those on the margins, something which I always answer with a strong 'no'. (Apparently, according to my mate, I said 'yes' in a recent interview, although I'm not convinced this is true, and even if it is true, I reckon it must have been that I wasn't properly listening as my baby daughter had been born only two days previously. Giving interviews two days after the birth of a child, I find, is not a good idea.) The reason I think it's important to say 'no' is that by saying you are 'giving a voice' to people, you are immediately ostracising them yourself. You are saying, in effect, that they don't have a voice of their own - but here I come with my 'literary' novel to save the day. Novels, and good political novels are no different, are about characters, about people. It is by giving a whole and complex portrait of a person that you give an effective politics to your writing. And as such I do think, yes, that being too overtly political can distract, if not from the art of the novel, from the effectiveness of a novel.