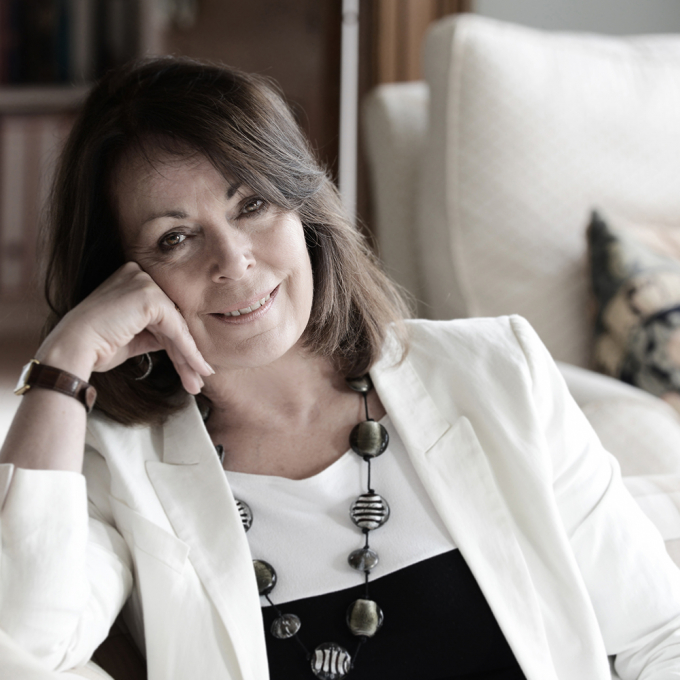 Novelist Rose Tremain was born in 1943 in London.

She was educated at the Sorbonne and is a graduate of the University of East Anglia, where she taught creative writing from 1988-95. Her publications include novels and short-story collections, and she is also the author of a number of radio and television plays, including Temporary Shelter, which won a Giles Cooper Award, and One Night In Winter, first broadcast by BBC Radio 4 in December 2001. She was awarded an honorary LittD by the University of East Anglia in 2000.Her first novel, Sadler's Birthday, was published in 1976. This was followed by Letter to Sister Benedicta (1978), The Cupboard (1981) and The Swimming Pool Season (1985), which won the Angel Literary Award. Restoration (1989), set during the reign of Charles II, tells the story of Robert Merivel, an anatomy student and Court favourite, who falls in love with the King's mistress. The novel won the Angel Literary Award, the Sunday Express Book of the Year award and was shortlisted for the Booker Prize for Fiction. It was made into a film in 1996. Her other novels include Sacred Country (1992), winner of the James Tait Black Memorial Prize (for fiction) and the prestigious Prix Fémina Etranger (France), about a young girl's crisis of gender and identity; The Way I Found Her (1997), a psychological thriller set in Paris; and Music and Silence (1999), winner of the Whitbread Novel Award, a historical novel set in the early seventeenth century, the story of an English lute player, Peter Claire, employed at the Danish Court to play for King Christian IV. The Colour (2003), set in New Zealand at the time of the West Coast Gold Rush in the 1860s, was shortlisted for the 2004 Orange Prize for Fiction.Rose Tremain has published several collections of short stories, including The Colonel's Daughter and Other Stories (1984), The Garden of the Villa Mollini and Other Stories (1987) and Evangelista's Fan and Other Stories (1994). Her latest collection of short stories is The American Lover (2014).

She was chosen as one of the 20 'Best of Young British Novelists' in a promotion by the literary magazine Granta in 1983, and was a judge for the Booker Prize for Fiction in 1988 and in 2000. She reviews and broadcasts regularly for press and radio, and lives in Norfolk and London.

Multi-prizewinning novelist Rose Tremain is a great example of how a highly literary writer can become a popular one. Her books are at once sophisticated in their narrative strategies and entertaining page-turners; equally capable of poignant, shocking or amusing touches.

Her hallmarks are the atmospheric creation of places and personalities – whether in historical or contemporary settings – and the sensuous evocations of food, drink, and sexual appetites. She conveys the fears and foibles of her characters and allows us to see the humanity behind even their darkest deeds and secrets. The storytelling bravura can also be deliberately playful, as when Robert Merivel, the blustering hero of Restoration (1989), directly addresses the reader: ‘You have all too clear a picture of me now, have you not? ….. I am, precisely as I have suggested, in the middle of a story, but who can say yet – not you, not I – how it will end?’

Tremain’s novels sometimes employ multiple viewpoints, setting up several plot-line threads, to be eventually joined, more often ambiguously than with happy endings. Such a command of fictional techniques reminds us that Rose Tremain for many years taught on the famed Creative Writing M.A. course at the University of East Anglia. Among those she beneficently tutored have been some leading novelists of the future, including Kazuo Ishiguru and Andrew Miller. Her own student days were at the Sorbonne in Paris, which may account for the significant Francophile invocations of places, landscapes, and especially the French food-and-drink culture. These appear, for instance, in an early short story ‘My Wife is a White Russian’ (Granta magazine, ‘Best of Young British Novelists’, 1983) and the Paris-based adventure The Way I Found Her (1997), about an adolescent boy’s attachment to a famous author who has disapppeared. France is also the setting of the psychological thriller Trespass (2010), though its rural scenes are far darker and more unsettling, as is its view of human nature.

Her breakthrough to bestseller status came with the historical novel Restoration set, as its title suggests, in the reign of King Charles II. Switching between the court in London and Robert Merivel’s Norfolk, this is a partly serious story but also part-romp, rejoicing in bawdy incidents. In the first half, Merivel is a randy medical student who gains royal favour by curing a favourite dog, but more particularly by agreeing to be the complaisant husband of royal mistress ‘fair Celia’. Merivel’s own spiritual ‘restoration’ takes place in the second half when he becomes a physician in a mental asylum run by sober Quakers. But he still manages to enjoy love ‘of the most profane kind’ with a comely female inmate. He returns to London, destined to witness the Great Plague and the Great Fire.

Its recent sequel is Merivel: A Man of His Time (2012), again full of delicious episodes though with more stress upon the fragility of human lives. Resident at Bidnold Manor in Norfolk with a much-loved daughter Margaret, he is now beset by the anxieties of middle age. Commanded again to serve the King – who is a more active character than previously – he travels to the court at Versailles, failing to deliver the royal message but typically falling for the allure of Madame de Flamanville. He is forced to choose between happiness and duty, England and a new life in Switzerland. But then Merivel’s skills as a physician are called into action, firstly to save his daughter, then an ex-lover, and finally the now dying King. An era is coming to a chaotic end, and Merivel has to ask himself what he has achieved in life: ‘And all that I could answer was that I had persevered’.

Music & Silence (1999) is a very different kind of historical novel; though also featuring charged encounters between royals and commoners it is darker and more poetic. This is 1629-30 in Denmark at the court of King Christian IV. His superstitious fears and ailments can be soothed only by the playing of English lute player Peter Claire, whom he comes to regard as a protecting angel. Claire himself is worldlier, ardently pursuing servant girl Emilia under the eyes of scheming Queen Kirsten – who has a secret lover of her own. Told from various viewpoints, the book exemplifies what Tremain has called her ‘Law of Historical Fiction’: using a basis of research, an understanding of the mentality of the era, but still allowing the writer certain liberties of invention. Thus, alongside authentic-seeming details of events and customs there are elements of magic and wonder, romance and lust, and a demonstration of the powers of music to charm and seduce.

The rugged characters in The Colour (2003) take us to mid-19th century New Zealand for a story of hardy pioneers and desperate gold-diggers in ‘The Rush’. Newly-married Joseph and Harriet Blackstone have emigrated from Norfolk in search of a new life near the Okuku River, where they build a homestead, keep animals and plant crops. Yet theirs is a loveless marriage of convenience, soon under stress from the relentless weather and from Joseph’s increasing obsession with finding gold. Convinced that ‘All life … is a flight from mistake to mistake’, he sets off a chain of events that lead to the makeshift gold-mining camps and, in himself, the re-emergence of buried memories and desires. As a counterpoint, we sense the spiritual landscapes dear to Maori woman Pare, and to Chinese trader Pao Yi who befriends Harriet after a destructive flood.

Tremain’s several collections of short stories demonstrate her skills on a smaller scale. The outstanding title story of The Darkness of Wallis Simpson (2005), for example, depicts the mind of ‘Bessiewallis’ in her last days in Paris as a senile prisoner of lawyer Madame Blum. The latter is sadistically intent on making her ‘an honest witness to the past’. Ironically, when Blum at last makes Wallis talk, she recalls her meeting with Hitler. Some other stories feature characters fleeing after the fall of the Berlin Wall, or simply their own pasts. Ever adept at balancing shade with light, ‘Peerless’ is the light-hearted tale of a man regaining a sense of purpose by sponsoring a zoo penguin with the same name as a late school friend. ‘”Imagination”, Anthony Peerless used to say, “is everything. Without it, the world’s doomed”’.

Several of her recent novels have been set in the present day. Polish workers in Britain are the subject in The Road Home (2007), revolving around its protagonist Lev. He is a grieving widower who becomes a kitchen hand in a fashionable London restaurant, then has a tempestuous affair with party girl Sophie. His ambition is to open his own restaurant back in Poland, and the plot moves him in that direction. Trespass is by contrast a brutal psychological tale. In the Cevennes, southern France, the incoming British are received with apparent indifference, including antiques dealer Anthony, a would-be house buyer. The house itself becomes the focus of the drama, with long-suppressed family conflicts between siblings being brought out into the light. An atmosphere of terror is conjured up amidst the beautiful landscape, heightened by the interior loneliness of the characters. Choreographing all these elements, Rose Tremain shows yet again her mastery of the art of compelling fiction.

'I suspect that many writers deceive themselves about why they write. My self-deception is that I create in order to understand and that the final end of it all might be wisdom. This means that I deliberately seek out the strange, the unfamiliar, even the unknowable, as subjects for my novels and trust my imagination to illuminate them to the point where both I and the reader can see them with a new clarity. The writers I admire most seem to have this kind of goal: to comprehend experience distant from their own, in nature, place and time, and to let the extraordinary cast new light on the quotidian.'