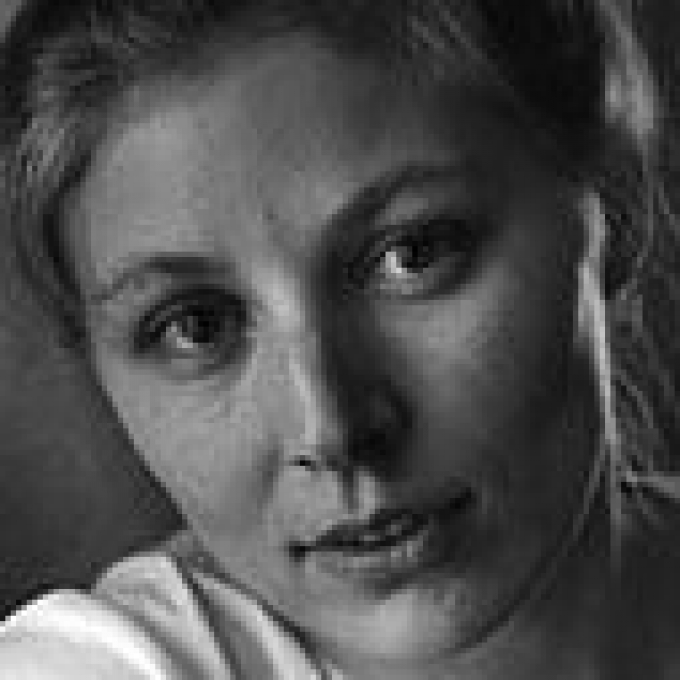 Playwright Rebecca Prichard was born in 1971. She studied drama at Exeter University, graduating in 1993, working as a devisor/performer and a drama youth worker.

Fair Game, a free adaptation of Games in the Backyard by Israeli writer Edna Mazya, was commissioned by the Royal Court and first performed there in 1997. Yard Gal, which won the Critics' Circle Award for Most Promising Playwright, was first performed at the Royal Court in 1998, and was co-produced with Clean Break, a theatre company specialising in work with ex-offenders.

She has also written plays for BBC Radio 4 and commissions for the Royal Court Theatre, Out of Joint and the Bush Theatre, London. Her latest plays are Futures (2006), and Charged, performed in 2010.

Prichard's early work is obsessed by ecstasy – and the lengths to which some strive to obtain it, be it through drugs, theft or rape.

It involves scenes of the kind most people avoid by crossing over to the other side of the street. Fair Game (1997), a version of Edna Mazya's Games In The Backyard, dramatises a teenage gang-rape. While Mazya's play is based on a true incident, in which a group of boys in an Israeli kibbutz raped and imprisoned a girl, but were later acquitted at a chauvinistic trial, Prichard's adaptation forsakes the didactic, courtroom aspect of the drama. So doing, it becomes more about why the rape occurs; its severe abridgement re-imagines the crime by inserting a girl into the gang. It is a clever technique that allows Prichard to shy away from easy platitudes and overt moralising. Her boys (and girl) breathe at their own pace, with their own words. The play inspired much controversy when critics voiced concerns about Fair Game's simulated rape scenes, and its use of teenage actors. Though certainly provocative, Prichard's ploys are never gratuitous.

Along with Essex Girls (published in Coming On Strong: New Writing from the Royal Court Theatre, 1995), a look at single, teenage mothers, Fair Game shows a sociological awareness that paves the way for Prichard's fourth, and to date most successful play, Yard Gal (1998), an intimate depiction of feral 'girl-doms' in the East End of London and its two bombastic spokesgirls, Boo and Marie, who, throughout the course of the play, talk us through their lives – and those of their friends, or, as Boo puts it: 'chatting shit, getting fucked, getting high and doing crimes.' The setting of Yard Gal is familiar: broken homes, inefficient schools, a society on a downward spiral. It evokes images that theatregoers on both sides of the Atlantic can relate to (a 'Yard Gal's' nearest equivalent in US terms, in the words of a New York Times reviewer, is 'Hoochie Mama'). The play squares neatly with the 'in-yer-face' approach of de-victimising criminals and misfits by showing their moral complexities. When Marie glasses Wendy, the leader of a rival gang, and lets Boo take the fall, the story takes a different direction. Boo is sentenced to two years in prison, while Marie, now pregnant, begins to reassemble her life. The play ends on a conciliatory tone. Many scenes are funny impersonations of the other members of the posse – whom, unfortunately, the audience never sees. Refreshingly, the play is colour-blind – its crowning achievement is its use of Cockney-Caribbean slang, which accurately voices the realities of working-class London and the successful intermixing that has gone on in the past couple of decades. Prichard's concern with working-class women is overwhelmingly free of any particular 'feminist' agenda. Yard Gal opened in May 1998 at The Royal Court Theatre Upstairs before touring nationally. Prichard was later awarded the coveted Critics' Circle Award for Most Promising Playwright.

Following a few years of relative inactivity, Prichard wrote Delir'ium, a short, halting monologue by an elderly Jewish man, which was read at The Royal Court in 2003, and at the Chichester Festival by Alan Williams in 2005. Delir'ium finds this man seated and holding a glass of whisky, which he drinks from nervously. Though determined to speak, he continually interrupts himself. His narrative is tangled around a series of violent events – past, present, personal and political – his father’s suicide, his daughter choking, and a piece of paper that he finds crumpled on the floor detailing a 'premonition of a holocaust'. Prichard narrows his language in the face of fear and barbarism: 'There are not many words left …' Nevertheless, Prichard’s vision is not relentlessly bleak. She endows Delir'ium's final sentence with a touch of warmth as the man recollects his pregnant partner 'stroking her belly'.

Prichard's most recent play, Futures (2006), performed at Theatre 503, marks Prichard's return to the theatre after an eight-year absence. The first act introduces us to Paul, an insomniac ex city-trader in his early thirties. He speaks to the audience as his wife sleeps beside him. His speech refers to the effects of the 9/11 attacks on his life and those of other traders. Paul's best friend 'Raf' died in 9/11 – though we never find out how or where – and his memories of him help Paul reflect on his own faltering marriage and the events that led to him hitting his wife, Alex: 'I was under pressure - the new limit was part of my promotion – …. the whole market whispering against me "ere he comes trying to unwind, lower your bid, hit him. Hit him" – you know – "he can't get it up for his wife – hit him, hit him"'. Domestic and political violence entwine here and Prichard shows the tensions in her characters' relationships as well as a wider sense of anxiety. The second act is an enactment of Alex's dream, and attempts to explode the deterministic view of events depicted in the first half of the play. It begins with Alex dreaming of a visit to her hospitalised father in the aftermath of an unnamed terrorist attack. As he struggles with words and spews out random memories of death and destruction, the father's lexical juggling assumes a transient lyricism:

Though hackneyed at times, Futures is an experimental piece which was well-reviewed by Lyn Gardner in The Guardian. It marks a new turn in Prichard's development as a playwright. Though there are hints of Büchner and Brecht in her early work, belying Prichard's fascination with desperation as a product of socio-economic deprivation, Prichard edges closer to Sarah Kane's later work (4.48 Psychosis) in her more recent plays. Unlike Kane, however, Prichard avoids autobiographical material and instead focuses outwardly, on the 'other', the un-desired. Writing on Futures in The Evening Standard, Maxie Szalwinska praised it as 'frequently astonishing' – and for giving 'the sense of a writer flexing new muscles.'

@LitBritish RT @royafrisoc: Are you a writer, artist or arts professional keen to engage with the arts in Sub-Saharan Africa? British Council @UK_CE wa…
(7 hours ago)