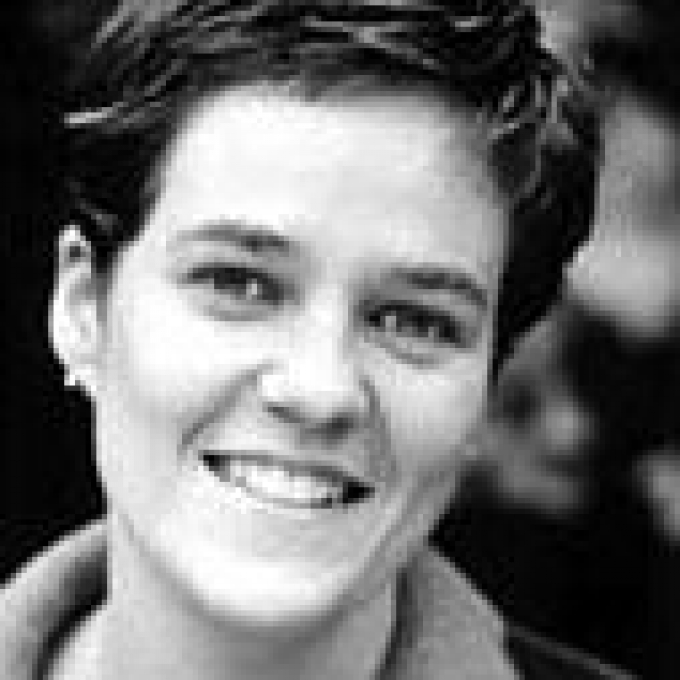 Rachel Seiffert was born in 1971 in Oxford to German and Australian parents, and was brought up bi-lingually. She has lived mostly in Oxford and Glasgow, and after a short period living in Berlin, has now moved back to England. Her first novel, The Dark Room (2001), explores the legacy of Nazi guilt in Germany through the related stories of three 20th-century Germans. It was shortlisted for the Booker Prize for Fiction the same year, and won a Betty Trask Award in 2002. Her second book is a collection of short stories, Field Study (2004).Rachel Seiffert has worked in film and community education and currently writes for a living. In 2003 she was named by Granta magazine as one of twenty 'Best of Young British Novelists'. Her latest novel is Afterwards (2007).

Rachel Seiffert’s fiction has the quality of synopsis: it is economical rather than prodigal in its use of language; it aims to tell a story efficiently.

However, unlike synopsis, it has an emotional effect on the reader. In ‘Helmut,’ the first novella of the three which make up the author’s debut, The Dark Room (2001), we are taken on a twenty-year journey in a single sentence: ‘life between the wars is harsh: food plain, luxuries scarce, living space small.’ This kind of abbreviation is the distinguishing feature of Seiffert’s approach to her writing. We understand that what has been included on the page is what needed to be included; we are reminded of the fact that many writers write many words which they ought not to have written at all. At its best, then, Seiffert’s fiction also aspires to the condition of poetry: it makes use of each word.

The two words of which any reader of Seiffert’s work will be reminded again and again are ‘guilt’ and ‘forgetting’. How long will we continue to feel badly about something which we are no longer able to remember doing and which we may not even have done? How much should we tell, and to whom, about whatever it is that we think we know about ourselves? The past can never be escaped, Seiffert says, it is something which will, regardless of what we do or say, find its expression. This, from Afterwards (2007):

None of that was what Joseph expected to be remembering. He knew something was on its way back to him: it was like he’d been waiting all week, getting ready, but then all this stuff from when he was a kid surprised him.

The Dark Room (2001) also examines ‘all this stuff’ from the past. In the first story, Helmut is born without a pectoral muscle, which means he will never have the full use of his right arm. As a young man he joins the photography shop in which his father works. He learns his craft as a photographer, and when war comes, documents the exodus of people from Berlin, becoming attached to viewing life through the distancing shield of the camera lens. The second novella begins towards the end of the war. Germany has been divided into zones. The fight is now on for the spoils. A family is on the move, living in barns, finding food where it can. The allies have captured the father and mother, put them into camps. The children go to Hamburg alone to try to find their grandmother; it is not only illegal for them to travel without papers, but also an almost impossible task without a means of transport. In the third novella, Micha, a young teacher obsessed with the truth of his grandfather’s role as an SS officer fifty years before, attempts to uncover the reason why his beloved ‘Opa’ spent seven years in a Russian prison after the war. He says to his wife: ‘I think (the students) should read about the people who did it, too. The real, everyday people, you know. Not just Hitler and Eichmann and whoever. All the underlings, I mean. The students should learn about their lives, the ones who really did the killing.’ The ‘dark room’, is an apt metaphor. It is only through the slow process of exposure and development that an image will be fixed. But is such a reproduction of a moment possible? What is beyond the frame? Who is the photographer?

Seiffert, whose mother is German, has said, ‘as a child I had a vague feeling that being German was bad. Being a German meant being a Nazi, meant being evil.’ Like W.G. Sebald’s masterful Austerlitz, The Dark Room is Seiffert’s treatment of the denial of the German nation its right to the exorcism of the trauma and grief of war. It investigates the problem of Germany’s inheritance of its Nazi past and asks questions about personal and collective responsibility.

Seiffert followed The Dark Room with Field Study (2004). This second work is a collection of eleven short stories, most of which are set in East Germany and Poland in the post-Communist world. Many of the stories are about a sense of discomfort which the characters cannot communicate. The child in ‘Dog-Leg Lane’ is distressed at his parents’ news that they are to move to another part of the city; he expresses his anguish through tears, screams and physical immobility; he cannot convey his terror in words. In the title story, a young PhD student, investigating pollution levels in a Polish river, begins a friendship with a waitress, with whom he is only able to communicate through the woman’s son. In ‘Late Spring,’ a young boy appears out of nowhere, interrupting the isolated life of an old beekeeper whose remote valley home has kept him separate from other people for many years. The boy is seriously ill and completely silent; we never learn of his origins. In ‘Blue,’ a young man prepares a flat for his pregnant girlfriend. He is awkward, unable to express emotion, opinion and desire; his failure to articulate need contrasts with his girlfriend’s indifference. ‘Maria is quiet, nodding, non-committal. Kenny wants her to smile at him and say nice things like it’s good to have a gas cooker,’ but ‘there are long silences between them.’ Field Study is what its title suggests it is: analysis, dissection, examination. It deals with very serious themes: guilt across the generations; loss and responsibility; the consequences of the collapse of established order. Seiffert’s lightness of touch, however, ensures that the reader is never overwhelmed. It is a tribute to the author’s control over her material that she avoids the temptations of didacticism.

In her most recent book, Afterwards, a novel, Seiffert examines, once more, the idea that the trauma of the past cannot be outrun. It must, the book says, be dealt with in some way. Alice and Joseph meet through friends. They fall for one another. The romance is slow to develop, tentative. As their intimacy grows, Alice begins to demand knowledge. Who is Joseph and where has he come from? How much can Alice ask him to disclose? What does she have a right to know? The reader knows from the beginning of the book that Joseph spent a period of time in the British Army, that he served in Northern Ireland, that he remains haunted by something he did while on a tour of duty. ‘Years gone by and still no escaping,’ Joseph thinks. Much of the tension of the novel, which Seiffert manages to sustain until the final third, when its weight becomes too great for the narrative to hold, is derived from this dramatic irony. What will Joseph tell Alice? Will he be able to hold himself together? Seiffert is particularly good at capturing Joseph’s troubled psychology:

Days at a time out there, mostly. Turned into weeks when he was at his worst. No warning, no reason, but it was always the same routine: like everything was getting away from him and there was no way he could stop it. Could be anything that set him off, no way of knowing. Too much noise, too much talking, a car driven too fast past him, wrong words said on a bad day and that would be it. Job chucked, or he’d get the sack, or he’d be shouting at someone he’d never met before over nothing. Pints all over the bar, wet sleeves and faces. A supermarket full of people, shocked quiet and staring.

Alice’s grandfather also has past of which Alice wants to learn something. David was involved in the suppression of the Mau Mau Uprising against British rule in Kenya in the 1950s. There are photos in his attic, letters, items in boxes not yet seen. The hidden brutality of that conflict, which historian Mark Curtis has documented in Web of Deceit, remains a subtext throughout Afterwards. Readers will understand that this period of recent history is not only unknown to Alice, but also one that is largely ignored by mainstream cultural presentations of the United Kingdom as a force for liberty in the world. Alice’s uncertainty is our own. What do we want to know? What would knowing do to our understanding of ourselves? Is the public life of any state dependent on a collective refusal to undermine the dominance of certain nationalist myths? These are unsettling questions, which Afterwards asks and refuses to answer. There is always an afterwards, says Seiffert, because there was always something that went before. But we are forever in the dark, attempting to resolve images that will never adequately fix an accurate reproduction of the past; but even as we know that we are only able to produce a copy of an instant, we also know that we need something to show for the labour of attempting to record whichever version of the reality of the past we have decided we require.