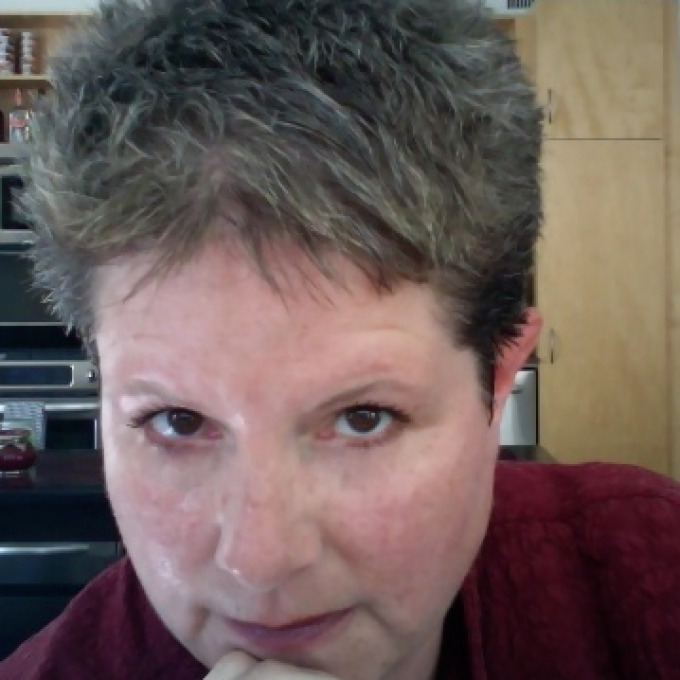 Playwright, screenwriter and director Phyllis Nagy was born in New York City and has lived in London since 1992.

Her work has been performed widely throughout Europe, Australia, Canada and the United States. She translated Chekhov's The Seagull in 2003 for the Chichester Theatre Festival and Claudine Galea's The Idiots for the Royal Court Theatre's International Programme. She directed the first productions of Disappeared and The Scarlet Letter in the UK, and the Italian-language premiere of Never Land in Rome in 2001.

She has most recently been working as a writer/director in film. Her first feature film, Mrs Harris, premiered at the Toronto Interantional Film Festival in September 2005.

Before her move to London in 1992, Phyllis Nagy was struggling in her attempts to succeed as a playwright in her home country - at this point, not one of her plays had been produced professionally in the US. As soon as she arrived in London, however, her fortunes changed dramatically: all her plays were produced within a very short space of time and her reputation as a significant and original new playwright quickly became established. Four of her plays from this dynamic early period - Weldon Rising, Butterfly Kiss, Disappeared and The Strip - are collected in Plays One (1998), for it is these four that introduced Nagy to the British public in the early 1990s. She continues to enjoy a stronger reputation in Britain than in the US. Michael Coveney considers the reasons for this in his introduction to Plays:1:

'... perhaps [it is] because her local obsessions come up sharper when seen out of their immediate cultural context. We can relish her characteristic exotica, her details of language and topography, in a fiercer focus, as we do those of Sam Shepard, another great poetic American monitor of specific landscapes and weird and winding adventures.'

Nagy's humour is sharp, biting and cynical, and there is a raw and refreshing honesty about her depictions of modern-day society. She is particularly attuned to the moral and spiritual apathy of modern life, especially in urban culture. She comments that 'much of my work thus far has concerned itself with the ways in which individual destiny (sometimes seemingly random and sometimes seemingly spooky and pre-ordained) controls individual morality (and vice versa)' (Nagy's preface to Plays:1). Though she engages sharply with the social world, much of Nagy's work has a surreal quality. In Weldon Rising (1996), Natty Weldon is a timid, self-deprecatinghomosexual, whose lover has been murdered. The setting is New York city during a catastrophic heatwave; in the meat-packing district, Natty is trapped in this bizarre and overwhelming furnace in which physical sweltering is symbolic of social and emotional claustrophobia. He is accompanied by his lesbian neighbours and a transvestite called Marcel who speaks in the third person: 'And once again, Marcel lifts Marcel's weary shell of a body and entertains the troops. Marcel wears a dress so Marcel can gather all of humankind underneath'. Throughout the play, there is a large-scale map of the meat-packing district onstage, and in the final scene Natty steps right through it and disappears.

Many of Nagy's characters are, like Natty, frustrated, unfulfilled and seeking escape, new horizons and a new sense of identity - like their author, they challenge the conventions and categories that mould and restrict them. Elaine Aston discusses the difficulties of categorising Nagy's work, and suggests that she deliberately defies categorisation: for example, she is, to a certain extent, a feminist writer, but does not fit easily alongside other feminists. Nagy's characters, along with her work as a whole, seek to avoid labels and definitions: 'Her characters appear as "foreigners" to sexual, social, cultural and national systems that seek to fix or locate them' (Aston, Feminist Views on the English Stage: Women Playwrights 1990-2000). This may be partly autobiographical - as a gay writer and a transatlantic emigrant, Nagy is no stranger to the experience of challenging conventional expectations of gender, culture and nationhood. However, her work explores far beyond the autobiographical, and her characters subvert boundaries and conventions in many different ways. This is often quite severe and dramatic, and Nagy does not flinch from exploring the gruesome and the hard-hitting: in Butterfly Kiss (1994), Lily Ross is pushed and moulded by her parents, and ends up murdering her mother in a violent and exaggerated burst of self-assertion, while in the mystery thriller, Disappeared (1996), Sarah Casey disappears altogether - which calls to mind Natty's dramatic exit in Weldon Rising. The Strip (1995), a structurally complex play which is set mainly in Las Vegas, features Ava Coo, a gender-defying character described by Coveney as 'a big-busted butch amalgam of Madonna and Judy Garland' (introduction to Plays:1). The Strip contains the now-famous opening line: 'Female impersonation is a rather curious career choice for a woman, Miss Coo.'

During this dynamic period in Britain in the early 1990s, Nagy adapted Nathaniel Hawthorne's 1850 novel, The Scarlet Letter (1995). At first glance, this may seem like a vastly different project to Nagy's other early plays, switching from modern-day New York and Las Vegas to 17th-century Puritan Boston. However, it is not difficult to see why Nagy was drawn to Hawthorne's story, for it highlights the chilling dangers of rigid morality and social oppression, and its heroine, Hester Prynne, displays remarkable inner strength and dignity in her attempts to be true to herself. In Nagy's adaptation, the narrator and focal-point is Hester's daughter, Pearl, the free-spirited child who embodies her mother's tenacity, courage and individuality.

Never Land (1998), set in a village in southern France, is a tragi-comedy that once again explores the yearning to escape from one's present reality and create a new existence. The creation of a longed-for fantasy is shown to be both funny and disturbing, as eccentric Henri Joubert allows his obsessive love of 'Englishness' to dominate not only his own life but that of his family: they must speak in perfect English at all times, while Henri wears English suits and performs scenes from Fawlty Towers. Though there is much comedy in this, there is also poignant sadness: Henri's English obsession clearly stems from a deep-rooted unhappiness and sense of dissatisfaction, and his wife and daughter (who is quite disturbed) are trapped within Henri's fantasy life. Nonetheless, there is a genuine love within this family, and Nagy's play skilfully intertwines comedy, tragedy and moments of heartfelt emotion.

Nagy's adaptation of Patricia Highsmith's 1955 novel, The Talented Mr Ripley, was first performed in 1998 (pub. 1999), though subsequently overshadowed by Anthony Minghella's 1999 film version. Nagy explores in detail the dark psychology of Tom Ripley, a psychotic individual who is devoid of empathy and morality, and lacks any clear sense of self-identity. In Ripley, therefore, the sense of psychological displacement and confusion is at its most dark and disturbing. In 2003, Nagy's refreshingly colloquial version of Chekhov's The Seagull was produced at Chichester Festival Theatre, based on a literal translation by Helen Molchanoff. The following year, Nagy returned to the US for her first feature film, Mrs Harris (2005), which she both wrote and directed. Based on a true story, the film stars Annette Bening as Jean Harris, the headmistress of an exclusive girls' school who murdered her former lover, diet guru Dr Herman Tarnower. The original true story of Jean Harris had shocked the American public and sparked a field-day amongst the tabloids, for it revealed the hidden darkness that can lurk behind apparently respectable middle-class life. However, although it is a tragic tale, Nagy's version abounds with mischievous black humour and satire.