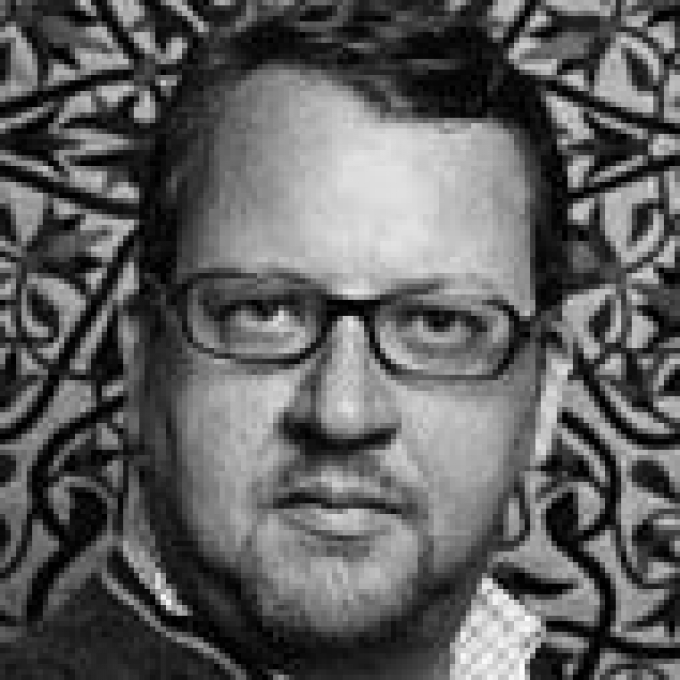 Philip Hensher was born in London in 1965 and was educated at Oxford University.

His doctoral thesis, at Cambridge University, was on eighteenth-century English painting. He is the author of several novels and a collection of short stories and he wrote the libretto for Thomas Adés’ opera Powder Her Face, based on the life of the Duchess of Argyll. He is a regular broadcaster and contributes reviews and articles to various newspapers and journals including The Spectator, the Mail on Sunday and The Independent.

His first novel, Other Lulus (1994), set in Vienna, centres on a young girl’s discovery of a family connection with the composer Alban Berg. His six years spent working at the House of Commons in London provided the backdrop to his second novel, Kitchen Venom, published in 1996. The book combines a story of murder and intrigue at the House with a deft account of the eccentric relationships and rituals that have been played out for centuries. It won a Somerset Maugham Award and sparked controversy when it was revealed that the author had been sacked from his job as a parliamentary clerk after giving an interview to the gay magazine Attitude. Pleasured (1998), his third novel, is set in Berlin on the eve of the fall of the Wall. His short story, ‘Dead Languages’, was included by A. S. Byatt in The Oxford Book of English Short Stories (1998). The Bedroom of the Mister’s Wife, a collection of short stories, was published in 1999. Many of the stories had previously been broadcast on radio or published in newspapers and magazines including Granta, The Independent and the Erotic Review. The Mulberry Empire (2002), is a love story and an account of conflicting imperial ambitions during the first Anglo-Afghan war.

In 2003, Philip Hensher was nominated by Granta magazine as one of 20 ‘Best of Young British Novelists’. His latest novels are The Northern Clemency (2008), shortlisted for the 2008 Man Booker Prize for Fiction and the 2009 Commonwealth Writers Prize (Eurasia Region, Best Book), King of the Badgers (2011), Scenes from Early Life: A novel (2012) and The Emperor Waltz (2014).

He lives in South London and is a member of the Council of the Royal Society of Literature.

Philip Hensher has a complex relationship to his literary heritage: immersed in the canon, he nonetheless aims to subvert familiar modes. He owes more to the great 19th-century realists than to the postmodernists of the 1970s and ‘80s, yet he pokes fun at the former by employing the techniques of the latter. He offers his readers the traditional pleasures of vivid characterisation and narrative intrigue, combined with just a touch of authorial flamboyance and chicanery.

His work is informed by vast erudition and formal ambition, yet it is always lively and approachable; few contemporary authors are able to combine literary experiment with dynamic storytelling so successfully.

An elegant and enterprising stylist, Hensher often turns his hand to pastiche. Allusion and parody run thick in his novels. His acknowledged influences, though mainly English, come from a wide literary and historical catchment area: among the writers he has expressed the greatest admiration for – and whose impress can be discerned in his work – are Charles Dickens, Penelope Fitzgerald and Henry Green. Like those predecessors, Hensher has the ability to envision fictional worlds in minute, almost hallucinatory physical detail; he has also given us some of the most memorable, most powerfully tragicomic, most grandly deluded fictional characters of recent years – Mr Picker in Pleasured (1998), who seeks to topple the East German regime by smuggling Ecstasy pills over the Berlin Wall; Vera in the short story ‘White Goods’ (1996), who lives in a two-bedroom house in the outskirts of Cambridge, but spends her time remembering her glory days in pre-revolutionary Russia.

Hensher’s first novel, Other Lulus (1994), displays his abundant stylistic gifts, his intelligent yet mischievous approach to form, and also his fondness for melodrama. Set in Vienna in the 1970s, the novel is narrated by Friederike, a young woman with a glorious singing voice, who enters into a competitive, mutually destructive relationship with her music teacher, an eccentric and unscrupulous Englishman called Archie. An exploration of artistic failure and jealousy, it is above all remarkable for its central act of ventriloquism: the voice Hensher creates for Friederike is not only convincingly feminine, but convincingly Germanic in its vocabulary and syntax.

Two of Hensher’s most significant themes – the silences and secrecies involved in gay life, and the changing face of modern Britain – come to the fore in his second novel, Kitchen Venom (1996), for which he received the Somerset Maugham Award. Part-narrated by Margaret Thatcher – and part-inspired by the author’s own experience of working in the House of Commons – Kitchen Venom marries family drama and political drama, to brilliant effect. Pleasured (1998) is a disturbing and blackly humorous depiction of life in the West Berlin district of Kreuzberg, which, in common with Other Lulus, features imported Germanic devices and stylistic resonances.

The high point of Hensher’s zeal for pastiche occurs in The Mulberry Empire (2002), which was longlisted for the Man Booker Prize for Fiction. An epic novel spanning most of the 1830s, and played out against a backdrop of the “Great Game” between Britain and Russia, and in particular the first Afghan War, the novel parodies the styles of almost every major adventure writer and Orientalist of the nineteenth century, from Joseph Conrad and Rudyard Kipling to H. Rider Haggard and Arthur Conan Doyle. While the novel works in its own right as a gripping and moving adventure story, a large part of the entertainment it offers is in working out which writer Hensher is lampooning in each new chapter.

In The Fit (2004) he again uses pastiche to subvert traditional modes; the story of John, a professional indexer who suffers a month-long bout of hiccups when his wife walks out on him, it is Hensher’s take on the English comic novel, as written by P. G. Wodehouse and Evelyn Waugh. A curiously lopsided work, it earned Hensher his first sustained run of negative reviews.

He followed it, however, with The Northern Clemency (2008), his most assured and ambitious novel to date, and also his most critically and commercially successful. The narrative follows two Sheffield-based families, the Glovers and the Sellers, across the period 1974 to 1996 (in other words, the Thatcher era, plus a few years each side) as they make mistakes and nurse resentments, fall in and out of love, grow old and die. Crammed with larger-than-life characters and surprising, sometimes grotesque incident, the novel breathes new life into the old-fashioned state-of-the-nation epic. It was shortlisted for the Man Booker Prize for Fiction, and was named by several critics as their Book of the Year.

King of the Badgers (2011) is also a state-of-the-nation novel, but this time the concerns are up to the minute. Set in Hanmouth, a fictional middle-class town on the Hain estuary in Devon, the novel is structured around the central drama of a young girl’s kidnapping – an event which bears striking resemblances to the real-life disappearances of Madeleine McCann and Shannon Matthews in 2007 and 2008 respectively. Hensher uses this episode to turn a spotlight on the whole community, revealing their various moral blemishes. Like its predecessor, King of the Badgers was named by many critics as their Book of the Year.

The title of Scenes from Early Life: A novel (2012) is deliberately mischievous: the book itself is a deeply personal mélange of fiction, memoir and biography. In an echo of Gertrude Stein’s The Autobiography of Alice B. Toklas, the novel is written from the perspective of Hensher’s own Bangladeshi husband, Zaved Mahmood, and once again demonstrates the writer’s ability to set the miniature domestic dramas of everyday life against a greater historical narrative: here the 1971 Bangladeshi war of independence (with almost Rushdiesque synchrony, Mahmood was born in 1970). However, as Hensher writes in the acknowledgements: ‘This is not a history of the struggle for Bangladesh’s independence, but the rendering of a family’s passionately held memories. It does not pretend to be an account of the millions who died in the war and the famines.’ With its shifting registers and fragmentary structure, this complex work presents an intriguing prospect for future fictional projects.

Hensher is also an accomplished critic, journalist, librettist and writer of short fiction. The Bedroom of the Mister’s Wife (1999) brings together 14 of his stories, including ‘Dead Languages’, which A. S. Byatt selected for her Oxford Book of English Short Stories (1998), making Hensher the youngest author included in the anthology.

The Missing Ink (2012) is much more than a celebration of the art and practice of handwriting, which Hensher fears is ‘about to vanish from our lives forever.’ Part history, part memoir, the book’s subtitle ‘The Lost Art of Handwriting (and Why it Still Matters)’ indicates the strength of his belief in the essential humanity of writing by hand: the final chapter, entitled ‘What is To Be Done’ offers nine suggestions of how to reintroduce pen and paper into everyday life.

@PhilipHensher I am very happy that people are protesting outside the US embassy, just round the corner. I only wish that the p… https://t.co/cKvpdXB7KL
(1 days ago)

@PhilipHensher Interesting that some US police are reportedly marching with protesters. Violent revolution may not be far away. Th… https://t.co/HmShCiyZB6
(1 days ago)