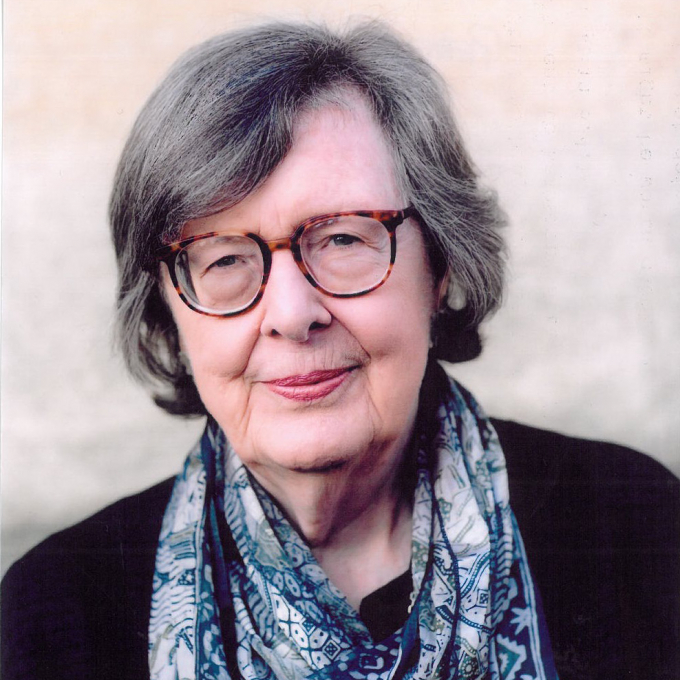 Novelist and children's writer Penelope Lively was born in Cairo, Egypt, in 1933 and brought up there. She came to England in 1945, went to school in Sussex, and read Modern History at St Ann's College, Oxford.

Her many books written for children include Astercote (1970), The Whispering Knights (1971),The Ghost of Thomas Kempe (1973), which won the Carnegie Medal, and A Stitch in Time (1976), which won the Whitbread Children's Book Award. Her retelling of The Aeneid, entitled In Search of a Homeland, was published in 2001 with illustrations by Ian Andrew. Her most recent children's book is One, Two, Three...Jump (1998).

Her first novel written for adults was The Road to Lichfield (1977), shortlisted for the Booker Prize for Fiction. It was followed by Treasures of Time (1979), winner of the Arts Council National Book Award and Judgement Day (1980). According to Mark (1984) was shortlisted for the Booker Prize for Fiction. She won the Booker Prize for Fiction with Moon Tiger (1987), the story of a woman journalist's reflections on a troubled life as she lies dying in a hospital bed, overshadowed by the memories of a love affair with a young soldier during the Second World War. Further novels include Cleopatra's Sister (1993), Heatwave (1996) and Spiderweb (1998), the story of Stella Brentwood, a retired anthropologist, struggling to settle in a small village in Somerset after a lifetime spent travelling through Egypt, Greece and the Mediterranean. Her novel, The Photograph (2003), is the story of a chance discovery that reveals the secrets of a woman's life. Recent books include Making it Up (2005), a form of anti-memoir, in which she imagines alternative outcomes to her life; Consequences, a novel published in 2007; Family Album (2009), which was shortlisted for the 2009 Costa Novel Award and How It All Began (2012).

Nothing Missing but the Samovar (1978), a collection of short stories, won the Southern Arts Literature Prize. Many of her short stories are collected in Pack of Cards: Collected Short Stories 1978-1986 (1986).

She has written three volumes of autobiography, Oleander, Jacaranda: A Childhood Perceived (1994), a description of her childhood spent in Egypt, A House Unlocked (2001), which continues the story in England and Ammonites and Leaping Fish (2013), which she bills as 'not quite a memoir' but a reflection on old age and memory.

Penelope Lively contributes regularly to a number of national daily newspapers and literary and educational journals including the Sunday Times, The Observer and the Times Educational Supplement.

She has written radio and television scripts and was presenter of a BBC Radio 4 programme on children's literature.

She is a Fellow of the Royal Society of Literature, a member of PEN and a former Chairman of The Society of Authors. She was awarded an OBE in 1989, a CBE in 2001 and a DBE in 2012.

Since the publication of her first novel in 1970 (a children’s book entitled Astercote), Penelope Lively has developed into a writer who is as prolific as she is wide ranging.

She is the author of over forty novels, short story collections and children’s fiction and has published in everything from The Literary Review to Woman’s Own, from Cosmopolitan to Books and Bookmen. As such diverse publications suggest, Lively’s work appeals to both a youthful, popular audience keen to find escape within a good yarn and to an academic audience interested in her experimental narrative techniques and her creation of what postmodern scholars sometimes refer to as ‘historiographical metafiction’.

Lively is especially concerned with the relationship between the past and memory, a concern that can be traced back to her years as an undergraduate when she read modern history. Speaking on the subject of memory, Lively has said she is interested in 'the ways in which the physical world is composed of memory, the ways in which it’s an encumbrance and the ways in which it is an asset … I can hardly decide which it is. But it is something that I’m constantly aware of and constantly seeking new ways of exploring fictionally'.

It is the element of what she refers to here as ‘undecidability’ within her fictional prose that characterises her best work such as her Booker prize winning Moon Tiger (1987). The protagonist of Moon Tiger is, fittingly enough, an historian. Claudia Hampton is dying of stomach cancer and from her death bed decides to preserve her past in the form of a novel. This leaves Claudia struggling to distinguish between official, public history and more personal recollections of love and loss during the second world war. Cairo is key to her narrative, and here Lively might be said to be drawing on her own experiences of Egypt as a child. Cairo is an ambivalent post-colonial space in Moon Tiger, a landscape in which Egyptians and Europeans alike seem both liberated by and shackled to a colonial past.

History and memory also combine to powerful effect in Lively’s more recent novel, The Photograph (2003). When Glyn Peters discovers an old photograph of his wife holding the hand of another man, his world is turned upside down. Like Claudia Hampton, Glyn Peters is an historian, but where Claudia struggles to write the past, Glyn struggles to reimagine it. The history he thought he knew seems to have deserted him like an unfaithful lover.

Lively’s next novel is an alternative history of the author, a sustained speculation on where she might have ended up had she done things differently at key moments of his life. Making it up (2005) is, in the author’s words, a work of anti-memoir which abandons linear causal history for a sense of the past and its pathways as both arbitrary, random and of deadly serious consequence.

Consequences (2007) is both the title and subject of Lively’s latest work. Exploring how ‘destinies can change in an instant’ through the lives of three generations of woman across the twentieth century, the book is in some ways a extension of the biographical departures witnessed already in Making it Up.

In contrast to the sad, sophisticated prose of much of Lively’s mature work, her earliest books are for children. Although she has continued to write for children ever since (her work appears regularly on school reading lists), her adult novel, The Road to Lichfield (1977) is often cited as a turning point in her career. Like Moon Tiger, this novel is also centred upon a figure on their death bed (death is a recurring theme in Lively’s work). This time it is Ann Linton’s father who has been taken to a nursing home in Lichfield. Within the midst of this sombre story Ann falls unexpectedly in love with David Fielding. The Road to Lichfield is a moving story that skilfully articulates the death of one relationship alongside the birth of another.In more recent work such as Cleopatra’s Sister (1993), Lively has developed different points of focus, tension and intersection such as those between class and sexuality. The subject of Cleopatra’s Sister is Callimbia, an imaginary Middle Eastern country. This war-torn landscape is also the subject of the work of Howard (a palaeontologist) and Lucy (a journalist). Howard and Lucy are ambitious, career-minded protagonists, yet despite and because of their training both fail to comprehend (or render comprehensible) the landscape in which they find themselves trapped. As gaps gradually open between the pair’s perceptions of Callimbia and those of the omniscient narrator, Cleopatra’s Sister emerges as a novel about the politics of interpretation and the largely untranslatable boundaries between self and other.

More than just a novelist, Lively is a master of the modern short story, not to mention a popular practitioner of the ghost story, from Uninvited Ghosts and Other Stories (1997) to her recent contribution in Spooky Stories (2008). Lively is also an accomplished writer of non-fiction. Oleander, Jacaranda: A Childhood Perceived (1994) is a compelling, critically acclaimed autobiography of the author’s youth in Egypt in the 1930s and 1940s. Like Cleopatra’s Sister however, and as its subtitle suggests, this is a text concerned with perceptions, glimpses and interpretations of the past, rather than a singular authoritative history. Among other things it offers a vivid depiction of World War II from a North African perspective that readers of Moon Tiger will find particularly illuminating.

'In writing fiction I am trying to impose order upon chaos, to give structure and meaning to what is apparently random. People have always sought explanations and palliatives for the arbitrary judgements of fate. I am an agnostic, and while I would not suggest the construction of fiction as an alternative to religious belief, it does seem to me that many writers - and I am certainly one - look at it as an opportunity to perceive and explain pattern and meaning in human existence. I am also deeply conscious of the limitations of experience - the sense in which the writer is fettered by gender, age and social and historical context. It seems to me that the challenge of writing novels and short stories is to transcend and translate personal experience, to try to give a universal and comprehensible significance to things which seem part of the fortuitous scenery of one's own life. But a view of the world is essentially and inevitably a personal one, conditioned by circumstance; I write within the English tradition of saying serious things in a relatively light-hearted way. Two of the qualities I most admire in other writers are accuracy and concision - the ability to say most by saying least; with this in mind what I am always trying to do is to find ways of translating ideas and observations into character and narrative. The short story can act as a concentrated beam of light; the novel is a more expansive and dispersed reflection. They do different things, I think, but both depend upon selection and metamorphosis - taking from life the situations that seem to offer insights, and then giving them the form and discipline of fiction.'