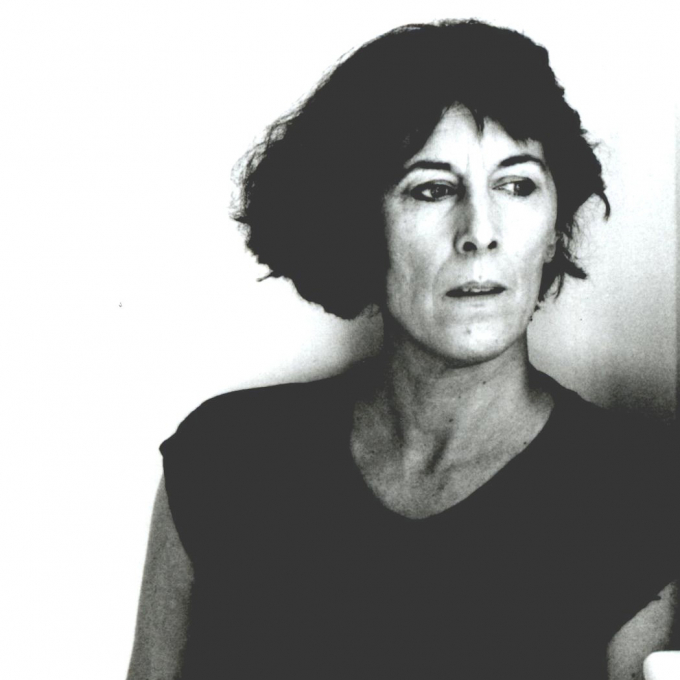 Pauline Melville was born in Guyana in 1948. She has worked as an actress, appearing in films such as Mona Lisa and British television programmes including the BBC Television comedy series 'The Young Ones'.

Her first book, Shape-Shifter (1990), a collection of short stories, won the Commonwealth Writers Prize (Overall Winner, Best First Book) and the Guardian Fiction Prize. The book consists of a number of short stories dealing with post-colonial life in the Caribbean, notably in her native Guyana, as well as of some stories set in London. Many of her characters, most of them displaced people from former colonies struggling to come to terms with a new life in Britain, attempt to find an identity, to reconcile their past and to escape from the restlessness hinted at in the title.

Her first novel, The Ventriloquist's Tale (1997), won the Whitbread First Novel Award and was shortlisted for the Orange Prize for Fiction. In it she explores the nature of fiction and storytelling and writes about the impact of European colonisers on Guyanese Amerindians through the story of a brother and sister.

Her most recent collection of stories is The Migration of Ghosts (1998), a book of complex layered tales of physical and emotional displacement; and her latest novel is Eating Air (2009).

Pauline Melville’s writings are concerned with hauntings, with migrations, impersonations and transformations. These are all concerns alluded to within the titles of her first three, critically acclaimed books: Shape-shifter (1990), The Ventriloquist’s Tale (1997) and The Migrations of Ghosts (1998). Although still at a relatively early stage in her literary career, what strikes the reader of Melville is the shear range of her subject matter and the detached confidence with which she handles it. As Salman Rushdie, a writer who operates within a similar thematic terrain has said, ‘Pauline Melville writes with an unusually dispassionate lushness that is both intellectual and sensual … I believe her to be one of the few genuinely original writers to emerge in recent years’.

Rushdie’s praise is for Melville’s first novel, The Ventriloquist's Tale which also won the Whitbread first novel award. The novel deals with a series of taboo relationships across generations with the unusual blend of humour and tragedy that is a trademark of all Melville’s work. Set in and around the Guyanese capital, Georgetown (a recurring location in Melville’s writing) in the early years of the twentieth century, we are told the story of an incestuous relationship between Beatrice and Danny, followed by the love affair of Chofy (Danny’s nephew) and Rosa (an English academic). The story is brought alive by the ‘ventriloquist’, a narrator for whom ‘disguise is the only truth’.

Disguise and ventriloquism are also key acts within Melville’s first book of short stories, Shape-shifter. The collection is preoccupied with the protean, a world in which things are not what they first appear to be. We have the unlikely protagonist, Shakespeare McNab who disguises himself as La Diablesse in a desperate attempt to win back his job. We have the drunken Scot, MacGregor, ‘poised between conviviality and violence’. We have England, where everything is ‘camouflaged’. Even the textuality of this text is in a constant process of metamorphosis. Generically, the stories shift between allegory, satire, myth, dream and realism. More specifically, the language of the text repeatedly transforms itself as its register shifts from, say, the upper class English of Donella Saunders (in ‘The Iron and the Radio Have Gone’) to the thick Creole of the children’s rhymes (in ‘Eat Labba and Drink Creek Water’). The semantics of this text are also notably slippery and difficult to pin down; meanings keep changing and misunderstandings continually arise in Shape-shifter. For instance, radio broadcaster, Shakespeare McNab losses his job after telling an Anancy story on air, which the Vice-President of the Republic (mis?)interprets allegorically, as a tale about himself. Anancy, the legendary figure of Caribbean mythology whose web of words are associated with trickery, play and deception, lurks behind all of the stories in Shape-shifter.

Finally, Shape-shifter is a collection about the transformations that result from journeys and migrations. This restless text moves to and fro between the Caribbean (notably Jamaica, Guyana and St. Vincent) and England to produce an elliptical, ‘black Atlantic’ narrative that is most vividly and magically imagined in the final story, ‘Eat Labba and Drink Creek Water:Once I dreamed I returned by walking in the manner of a high-wire artist, arms outstretched, across a frail spider’s thread suspended sixty feet above the Atlantic attached to Big Ben at one end and St George’s Cathedral, Demerara, at the other.We return and leave and return again, criss-crossing the Atlantic, but whichever side of the Atlantic we are on, the dream is always on the other side.The Migration of Ghosts, Melville’s second collection of short stories is, even more than Shift-shifter concerned with such metaphorical criss-crossings. ‘Lucifer’s Shank’ one of central tales in this collection takes the reader on an intertextual journey through a series of prior journeys, including Dante’s Inferno, Homer’s Odyssey and Melville’s Moby Dick, not to mention the work of migrant celebrity, Salman Rushdie.

Ultimately though this text is less interested in physical journeys across borders than it is with the internal, imaginative, or spiritual journeys affecting individuals. Like James Joyce’s Dubliners, this is a collection of short stories in which the dead play a major role. Whether it is Dona Rosita of Andalucia, who still mourns the death of her husband fifty years on, or Norman Foster the Notting Hill postman who gives up the spirit of his wife Hilda in order to pursue happiness with Dolly da Silva The Migration of Ghosts is haunted by lingering presences. The most memorable of these presences is President Hercules of the opening story, ‘The President’s Exile’. Exiled in London, the South American President wanders aimlessly across the city of his student days. Re-visiting the humiliations of his younger years, London unsettles the ruthless President as his past returns to haunt him. At the end of the tale it emerges that the President, himself, is a revenant, a ghost that is both haunted and haunting. The spirits of this collection do not simply evoke the persistent returns of a colonial past (such as the Notting Hill Carnival), they also offer ominous and optimistic visions of the post-colonial future.