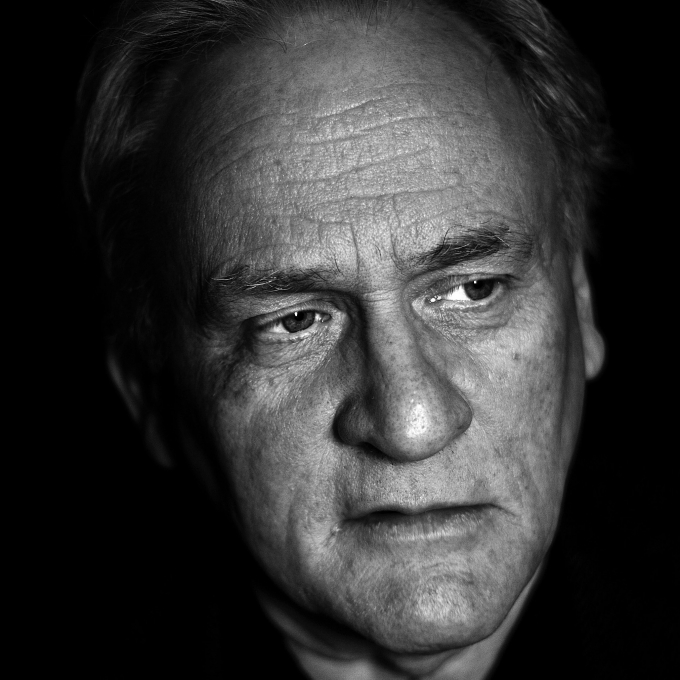 Poet Paul Durcan was born in Dublin, Ireland, on 16 October 1944. He was educated at University College, Cork, where he studied archaeology and medieval history.

In 1974 he won the Patrick Kavanagh Award, and published his first collection O Westport in the Light of Asia Minor in 1975. Subsequent collections include The Selected Paul Durcan (1982), Jesus and Angela (1988) and Cries of an Irish Caveman: New Poems (2001), a central theme of which is death and disintegration. His 1985 collection, The Berlin Wall Café, a series of poems about the break-up of his marriage, was a Poetry Book Society choice and is regarded by many critics as his most important work. He was Poet in Residence at the Frost Place, New Hampshire, in 1985, and Writer in Residence at Trinity College, Dublin, in 1990. He was awarded the Irish American Cultural Institute Poetry Award in 1989 and his collection Daddy, Daddy (1990) won the Whitbread Poetry Award. He was joint winner of the 1995 Heinemann Award. His later collections of poetry are The Art of Life (2004), and The Laughter of Mothers (2008).

One of modern Ireland's most distinctive poets, Paul Durcan is renowned as both an outspoken critic of his native country, and as a chronicler of its emergence from the repressions of the 1950s to the contradictions of the present day.

His work is aggressively satirical, dedicated to exposing a range of Irish ills: the hypocrisies of the church, the obfuscating bureaucracy of state and the smug bourgeois affectations of Dublin's 'chattering classes'. But he has a capacity too for lyricism and intense personal romanticism, as a poet of love, eroticism, and loss. His striking metaphors and dislocating images, meanwhile, result in a poetry which is extraordinarily visual and frequently, surreal. Celebrated for his dramatic and incantatory reading style he is, above all, a risk taker, unorthodox in his use of prayer forms, ballads, and free-flowing dramatic monologues, and relentlessly iconoclastic in his treatment of contemporary life and events.

Durcan's strong visual sensibility is already apparent in his early poetry, where he enriches the ordinariness of provincial and western Ireland with the exotic colours of international allusion. In his collection O Westport in the Light of Asia Minor (1975), he refreshes our sense of an Irish landscape: the islands off the west coast rise up through the mist, 'Seductive garments that a man might dream of'. He reveals too, his close artistic affiliations, to surrealism - 'Fancy meeting you out here in the desert: Hallo Clockface', (from 'La Terre des Hommes') - and to an absurdism which recalls his Irish forerunner, Samuel Beckett. Artistic alliances are sustained throughout his career: during the 1990s, he published two collections inspired by paintings, and the epigraph for 1993 collection A Snail in My Prime derived from the painter Francis Bacon, much admired by Durcan for his jarring colours and disturbing, intimate images.

The publication of his selected poems in 1982 established Durcan as a major voice, and confirmed his role as a political and moral commentator. Like his mentor, the Irish poet Patrick Kavanagh, whose lyrical portraits of the Irish midlands combined with poetic indictments of Dublin society and its insincerity, Durcan moves beyond the provincial to attack the corruptions of the Irish centre. His favourite target is the Catholic Church, comically denounced in his characteristic 'headline' style titles - 'Priest Accused of not wearing Condom', or 'Cardinal Dies of Heart Attack in Dublin Brothel'. But he has also attacked repressive government legislation, and satirised the pretentiousness of Dublin's middle-class theatre-going, gallery-visiting, social-climbing elite. Where Durcan has perhaps been most outspoken, however, is in his condemnation of sectarian violence in Ireland. He has been commended by some critics for his continued attention to the crisis in Northern Ireland from the 1970s onwards, and noted for his rigorous castigation of both paramilitary and government wrong-doing. As he sees it, the political life of one section of the country cannot be separated from the failings of the whole. The two line poem 'Ireland, 1972' implicates the nation in its entirety: 'Next to the grave of my beloved grandmother / The grave of my first love murdered by my brother'. And throughout his later work, he has continued to document in his poetry the atrocities of Northern Ireland, stamping each collection with an incisive political relevance. This journalistic turn carries over into a range of contemporary events, and defines Durcan as a poet of the present moment. But he is never content with mere reportage. His long narrative poem, 'Six Nuns die in Convent Inferno', for example, based on a fire in a Dublin convent in 1986, characteristically transforms the details of the incident into an extended exercise in spiritual and physical contemplation. The result is a very public poetry, charged with responsibility and intervention. But alongside this runs a strong thread of the personal and private. In his 1985 collection The Berlin Wall Café, he details the painful breakdown of his own marriage in a sequence of poems which some have seen as penitential, others as self-pitying. And in Daddy, Daddy, (1990), he addresses with an extraordinary honesty the subject of his father's death, contemplating through this event the paradox of family life - preciousness and security on one hand, cruelty and claustrophobia on the other.

Given its frequent emphasis on Irish politics and society, Durcan's poetry risks becoming parochial. It escapes this through the poet's attachment to alternative landscapes of place and history. His poem 'The Dublin-Paris-Berlin-Moscow Line' defines his insistence on the parallel universes of home and elsewhere: 'From the shores of the Aran Islands / To the foothills the far side of the Caucasus / These are the terraced streets / That smell of home to us'. He puts this sense of international connectedness to best use in his 1987 collection Going Home to Russia, in which the Soviet Union, with all its bureaucracy and restrictions, features as a second home to a writer who feels like an exile in his own land, identifying with Solzhenitsyn and Pasternak. In the title poem, he recalls an Irish immigration officer watching him board the plane for Moscow:

'"Good luck" he muttered as if to a hostage of convict
Not knowing that he is speaking to an Irish dissident
Who knows that in Ireland scarcely anybody is free
To work or to have a home or to read or write. '

The 1990s were a key decade for Durcan. During this time he became associated with the then President of Ireland, Mary Robinson, who cited him in her campaign speeches. He in turn, endorsed her policies of liberalisation and tolerance, and his major collection of one hundred poems entitled Greetings to Our Friends in Brazil (1999) is largely a record of this fertile period in his political and poetic life. Framed by various Brazilian locations, the collection looks again at Ireland as a mature nation that has come of age, despite still carrying much of the baggage of the past. Striking for its political directness, it makes several references to sectarian atrocities, most in notably 'Omagh', a long poem which includes both a litany of the names of those killed in the devastating 1998 bomb, and an unforgiving damnation of Republican hypocrisy. In Cries of an Irish Caveman (2001), a more contemplative poet emerges in the four sections of the book, which touch in turn on Ireland, life and death, love and marriage. But as a mature and widely-travelled poet, Durcan now turns more often to Ireland’s place in a global landscape for his themes. His widely acclaimed The Art of Life (2004) traces a journey from Achill island off the coast of County Mayo, through Dublin, Tuscany, Poland and Japan, before returning to Ireland for its concluding poems. Durcan even seems self conscious about his predilection for international poetic travel in the humorous ‘The Man with a Bit of Jizz in Him’, where an Irish couple fly to Nice on holiday, having concluded that this is easier than driving to Ireland’s West Cork or County Kerry. Domestic themes persist, nonetheless. The early poems of this collection once again dissect and satirise the shallow preoccupations of contemporary Irish society with self-regarding wit, though Durcan does not shy away from the darker side of the country’s increased prosperity: in ‘The Celtic Tiger’ the shame of a 22-year-old unmarried mother and rape victim is explicitly contrasted with the brash confidence of a female corporate solicitor, enjoying a huge salary and glamorous foreign holidays.

Although The Laughter of Mothers (2008) also contains familiar critiques of Dublin’s nouveau riche class, the main purpose of the book is in its poignant commemoration of Durcan’s mother, ‘the first woman I ever knew.’ Sheila McBride was the niece of John McBride, executed for his part in Ireland’s 1916 Easter Rising, and the collection as a whole explores the complex intersections between family relationships and political crises, a theme picked up again in the long poem ‘September 11, 2001’, in which the poet and his mother watch the planes crash into the twin towers on a nursing-home television set. For all that Durcan’s voice here is a melancholy one, it is still radical and intense, displaying those combined characteristics of conscience, humour, iconoclasm and lyricism which account for his continued popularity both inside and outside his native Ireland.