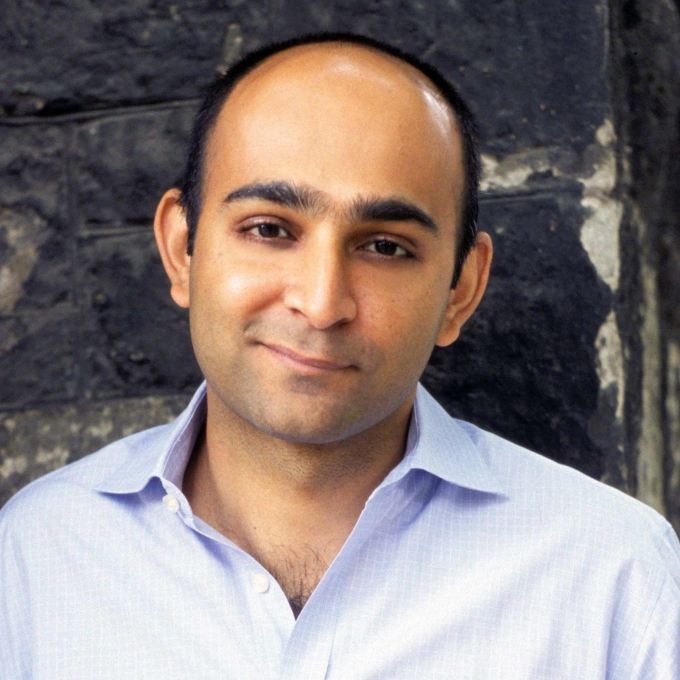 Mohsin Hamid was born in 1971 in Lahore, Pakistan, and moved to the US at the age of 18 to study at Princeton University and Harvard Law School. He then worked as a management consultant in New York, and later as a freelance journalist back in Lahore.

His first novel was Moth Smoke (2000), winner of a Betty Trask Award and shortlisted for the PEN/Hemingway Award. Moth Smoke was made into a television mini-series in Pakistan and an operetta in Italy, and was a New York Times Notable Book of the Year in 2000.

In 2007 his second novel, The Reluctant Fundamentalist, was published and shortlisted for the 2007 Man Booker Prize for Fiction. In 2008, it won the South Bank Show Annual Award for Literature and was shortlisted for the 2008 Commonwealth Writers Prize (Eurasia Region, Best Book) and the 2008 James Tait Black Memorial Prize (for fiction). A short story based on the novel was also published in The Paris Review in 2006.

Hamid's third novel How to Get Filthy Rich in Rising Asia (2013) won the Tiziano Terzani International Literary Prize and was shortlisted for the KLF Embassy of France Prize and the Haus der Kulturen der Welt International Literature Award. His fourth novel, Exit West (2017), was shortlisted for the Man Booker Prize. He has also published a book of essays entitled Discontent and Its Civilisations: Dispatches from Lahore, New York & London (2014).

While South Asian fiction in English has been in vogue for over two decades now, and India has been placed firmly (even centrally) on the map of world literatures, India’s northern neighbour, Pakistan, has remained largely off limits.

When novels such as Salman Rushdie’s Shame have dealt with the region it has tended to appear as a site of the archaic and the enclosed, shut off from the rest of the continent and from the contemporary world beyond it. The work of Mohsin Hamid represents a refreshing departure from this (admittedly recent) tradition. Infused with elements of Scott Fitzgerald and the stark, compelling prose of American contemporaries such as Brett Easton Ellis, Hamid abandons the baroque in favour of minimalist brevity. Asked about this in interview, Hamid simply responded: 'I’d rather people read my book twice than only half-way through.' More than this though, his self-consciously ‘modern’ writing style offers a vision of Pakistani modernity which breaks with the stereotype (that has prevailed since 9/11) of the region as fundamentally traditional, backward looking, essentially anti-modern.

His first novel, Moth Smoke (2000), takes place in Lahore during the summer of 1998 as tensions between India and Pakistan spiral. The novel’s anti-hero is Daru Shezad, a young banker who has been fired from his job and who subsequently drifts into a world of drug addiction, poverty, and criminality. Daru kills moths when he’s bored. The bitter jealousies that develop between Daru and his former friend Ozi (recently returned from study abroad, and now a wealthy businessman), and that culminate in revenge, carry an allegorical weight within the context of the broader nuclear rivalries between India and Pakistan. The extremes of wealth and poverty we encounter in the abrupt shifts between Daru’s unlit room and the jet set society which he flutters around, echoes Pakistan’s divided social state as its economy begins to crumble.The central image of the novel is of a moth spiralling around a candle before bursting into flame. The fatal image of seduction echoes Daru’s own dangerous obsessions and desires: with drugs, with wealth, with Ozi’s wife.

With its numerous narrators, each of which signal the limits and provisional status of the others, Moth Smoke appears very differently to the monologic discourse of Hamid’s second novel, The Reluctant Fundamentalist (2007). However, the effect is ultimately the same: the very constriction of perspective and point of view in The Reluctant Fundamentalist (2007) invites us to question the narrative voice we are offered.

The carefully contained plot of The Reluctant Fundamentalist unfolds over the space of just a few hours following a chance (or is it chance?) encounter in Lahore between returned Pakistani migrant, Changez, and an unnamed American visitor. The two men take tea together in the market place of Old Anarkali, then share a meal, before walking back through the darkness to the American’s hotel. Hamid fastidiously withholds information from his readers and we are left wondering about the superficially innocent relationship between these new acquaintances. Is Changez seeking to ensnare the American? Or is the American seeking to ensnare Changez? Or are these two possibilities merely fantasies/fears within the mind of a delusional Changez?

We have no way of knowing because the novel ends as abruptly and inexplicably as it begins.  Moreover, the potentially dialogic encounter between these two men is rendered as a dramatic monologue. It’s not just that the unnamed American is a quiet American, but that Changez speaks for him so he can only be heard in the responses of Changez: 'How did I know you were American?', 'What did I think of Princeton?'. If this narrative device feels slightly contrived it also serves to defamiliarise, or render strange and suspect their exchange. It also heightens the reader’s sense of uncertainty about the power relations between the two men. Changez, like Conrad’s Marlow, the ancient mariner, or Scherezade, seems to exert a mystical, mesmerising power over the American who is twitchy and helpless in Changez’ presence. At the same time there is the nagging feeling that the American’s silence is the ruse of a CIA agent biding his time as the innocent and expansive Changez divulges the intimate details of his past. As Hamid has said of the form of the novel: 'the narrator and his audience both acting as characters allowed me to mirror the mutual suspicion with which America and Pakistan (or the Muslim world) look at one another.'

Changez’ past forms the main body of the novel. Keen to reassure the American he is a harmless stranger (is he protesting too much?), Changez embarks on the story of his student days at Princeton, his growing love for Erica, and his meteoric rise to number one in a US valuation firm, Underwood Samson. Then 9/11 happens. Watching the footage alone on television Changez smiles, a reaction that subsequently unsettles him. In the months that follow, Erica’s mental deterioration and the collapse of their companionship is echoed in Changez’ growing estrangement from America, not to mention his growing a beard. Increasingly disillusioned by the US response to 9/11, Changez loses his drive, and then his job, returning to Pakistan he becomes a lecturer and activist campaigning against American foreign policy. Here then is the reluctant fundamentalist of the title. But not quite, because fundamentalism is above all associated in the novel with American capitalism: 'Focus on the fundamentals. This was Underwood Samson’s guiding principle, drilled into us since our first day at work. It mandated a single-minded attention to financial detail …' As James Lasdun put in The Guardian review: 'The subverted expectation very efficiently forces one to reconsider one's preconceptions about such words and their meanings, and a point is duly scored for relativism.'

2017
Exit West
2014
Discontent and Its Civilisations: Dispatches from Lahore, New York & London
2013
How to Get Filty Rich in Rising Asia
2007
The Reluctant Fundamentalist
2000
Moth Smoke