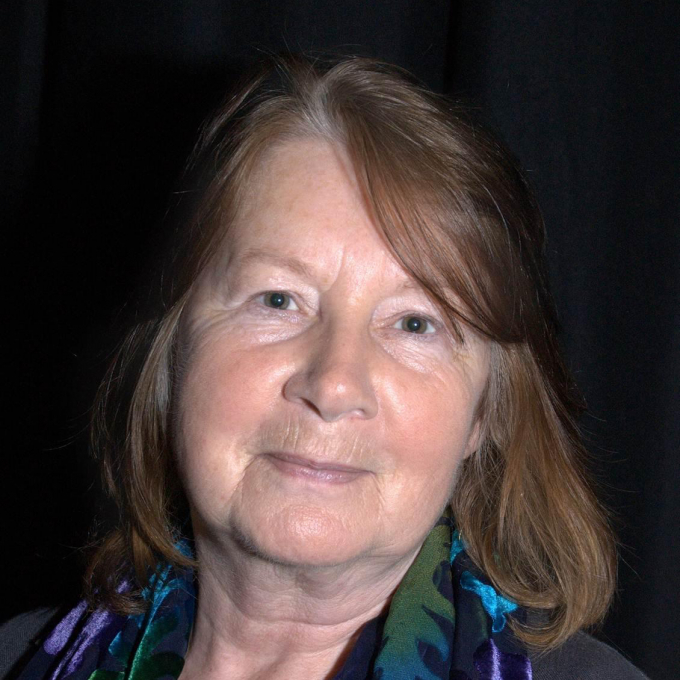 Her first published poems appeared in two pamphlets, Single Ladies: Sixteen Poems and Portrait of Joanna, in 1980, the year in which she received an Eric Gregory Award. In 1981 she co-published Trio Poetry 2 with fellow poets Damian Gorman and Douglas Marshall, and in 1989 she collaborated with Nuala Archer on Two Women, Two Shores. Medbh McGuckian's first major collection, The Flower Master (1982), which explores post-natal breakdown, was awarded a Rooney prize for Irish Literature, an Ireland Arts Council Award (both 1982) and an Alice Hunt Bartlett Award (1983). She is also the winner of the 1989 Cheltenham Prize for her collection On Ballycastle Beach.

Medbh McGuckian has also edited an anthology, The Big Striped Golfing Umbrella: Poems by Young People from Northern Ireland (1985) for the Arts Council of Northern Ireland, written a study of the car in the poetry of Seamus Heaney, entitled Horsepower Pass By! (1999), and has translated into English (with Eiléan Ní Chuilleanáin) The Water Horse (1999), a selection of poems in Irish by Nuala Ní Dhomhnaill. A volume of Selected Poems: 1978-1994 was published in 1997. Since then she has published seven further collections and her latest collection is The High Caul Cap (2012).

She was awarded the 2002 Forward Poetry Prize (Best Single Poem) for her poem 'She is in the Past, She Has This Grace'.

'She seems a garden escape in her unconscious
solidarity with darkness, clove-scented
as an orchid taking fifteen years to bloom,
and turning clockwise as the honeysuckle.' ('The Flitting')

McGuckian's writing presents obvious problems for critics confounded by her unexpected leaps of perspective and her apparent flouting of grammatical sense. Her seductive lyricism induces at times a false sense of security, which initially disguises the unorthodoxy of her syntax and the deliberate disjunctions of her phrasing. Her skewed linguistic structures consistently undermine a rational narrative, and the suturing of what first appears coherent to what then evades logic establishes a dynamic tension in her writing. Meaning can only be glimpsed provisionally, through a process of 'unfolding', as the critic Clair Wills has illustrated in her important commentary on McGuckian's work (Improprieties, 1993). This leads to a resilient ambiguity in her verse - a trickiness the poet herself acknowledges:

'My words are traps /
through which you pick your way
from a damp March to an April date,
or a mid-August misstep ...' ('On Ballycastle Beach').

The resultant obscurity in much of McGuckian's work may irritate those seeking 'secure' readings of the verse, but appeals at the same time to those prepared to accommodate its indeterminacy. Her writing demands in her readers a radical adjustment of interpretative procedures, and necessitates a significant linguistic and semantic re-orientation.

McGuckian's 1982 collection, The Flower Master, established her as a poet of female experience through its negotiation of pregnancy, birth and motherhood. Dominated by flower imagery, these poems interrogate the processes of growth, bloom and decay, but in tones of uncertainty rather than celebration. Neither nature nor maternity seem stable. House, garden and female body coalesce as sites of incoherence and fragmentation, and domestic images suggest physical and emotional disturbance:

'My dishes on the draining-board
Lie at an even keel, the baby lowered
Into his lobster-pot pen; my sponge
Disintegrates in water like a bird's nest,
A permanent wave gone west.' ('Power Cut')

The pervasive sense of unease within the female space continues in McGuckian's follow-up collection, Venus and the Rain (1984). Here, the acknowledged satisfactions of motherhood are undercut by insecurities in sexual and emotional partnerships: 'Each lighted / window shows me cardiganed, more desolate / than the garden ...' ('On Not Being Your Lover'). The interior world is fraught with absences and weighted silences, and shot through with episodes of anxiety.

In On Ballycastle Beach (1988), the landscape of Ireland's North Antrim coast is the setting for McGuckian's study of the self as fluid and mutable. While still attached to 'the house' as its key space, these poems move outwards to images of clouds and tides; the 'athletic anatomy of waves, in their / Reflectiveness, rebirth ...' ('Sea or Sky?'). The female body remains connected to experiences of motherhood but opens again to wider natural impulses. The collection is also patterned by memories, of places, emotions and relationships, as though the poet seeks location in time and space:

'A town will never draw your mind to it
Like a place where you have camped.
You will remember the very curve
Of your wagon-track in the grass
Where the ring swayed and was broken, almost,
As if someone had cried a message to you ...' ('Balakhana')

The same geographical landscape underpins Marconi's Cottage (1991), which McGuckian builds around the title image of the forefather of modern communication. This is an opportunity to consider, through Marconi, concepts of connection - the sources and synapses of artistic vision. The volume conveys a growth in self-confidence on the part of a poet now ready for mature reflection on the creative process: 'Threshing a poem / or a grape harvest / takes four equal limbs / and a horizontal cutting / that has always already begun.' ('The Snow Speaker').

Several critics of McGuckian's work have expressed the view that her interior, feminine aesthetic fails to register a public community, and lacks therefore the political engagement of her fellow Northern Irish poets. In her later collections however, a fragile poetic landscape is constantly contaminated by the disorder of the outside world. In Captain Lavender (1994), the poet's grief for her dead father merges with grief for a broken society at large. These poems take on darker nuances and signal towards national events. 'The Albert Chain', for example, foregrounds war, death, judgment, betrayal: its sinister images are of the terrorist and the butcher. 'The War Degree' evinces a similar political tension: 'heart-stained autumn drove / fierce half-bricks into the hedges; tree-muffled / streets vanished in the lack of news'. Private and domestic contexts cannot but be marked by public aggression and its consequences, as McGuckian emphasises in the volume's epigraph, taken from Picasso: 'I  have not painted war ... but I have no doubt that the war is in these paintings I have done.'

Direct and oblique confrontations with an Irish political inheritance dominate her later work. In Shelmalier (1998), McGuckian deals with the failed rebellion of the United Irishmen in 1798, addressing an Irish cultural sensibility steeped in a militant ideological history: 'Before violence was actually offered / to us, we followed a trail of words' ('The Society of the Bomb'). Several poems also implicitly re-connect the spheres of female and male in the collaboration of imagery: sea and water merge with land and island in an organic - if problematic - system. The volume as a whole suggests an acceptance of the fact that public history and private sensibility can never be kept separate, in a broadening of political and civic vision which McGuckian consolidates in her more recent collection, The Face of the Earth (2002).

As a poet who relentlessly defamiliarises image and language, yet pursues the most traditional of poetic matter - emotion, sensibility and interiority -  McGuckian is full of intriguing ambiguities. Embracing both personal and political spaces, her rich and surprising aesthetic continues to distinguish her among her Northern Irish contemporaries, her innovative poetic landscape demanding, at every stage, alternative means of critical engagement.

Why do I write? Out of the helplessness of the human condition - the only kind of control I can muster over the incoherence and apparent senselessness of it. Also to communicate and diagnose and express what cannot otherwise be expressed; to be a voice or give a voice to things that have been oppressed and repressed in my peculiar culture; to find an emotional valve for the deepest joys and sorrows.