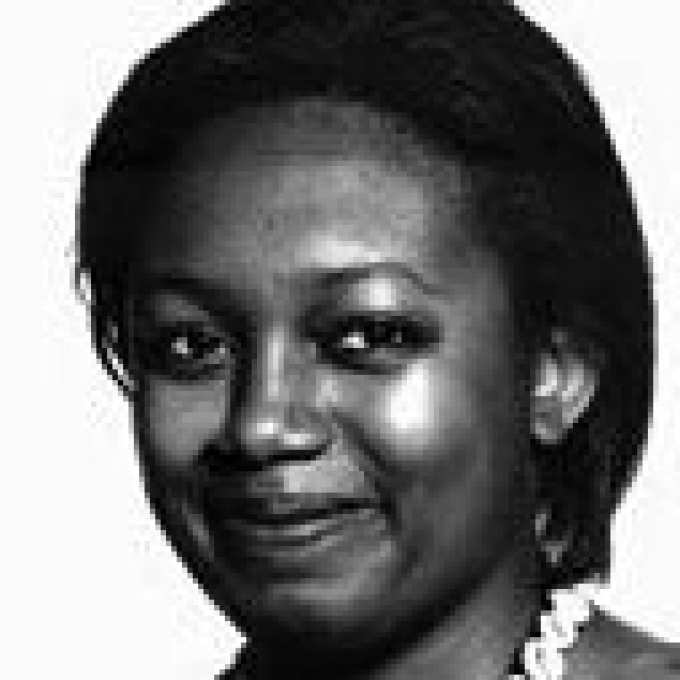 Malorie Blackman was born in 1962.

She qualified in Computer Science and followed a successful career in computing, before becoming a writer at the age of 28. Her first published book was Not So Stupid! (1990), a book of short stories. Since then she has written many books and scripts, and her popularity has steadily grown. Her scripts for television include several episodes of Byker Grove, Whizziwig and Pig-Heart Boy, and she has also written original dramas for CITV and BBC Education. Her stage play, The Amazing Birthday, was performed in 2002.

She writes for all ages of children. Her picture books include I Want a Cuddle! (2001) and Jessica Strange (2002) and she has written many reader books for early and more confident readers. Her novels include: Hacker (1992); the story of Vicky, who saves her father from being wrongly convicted of stealing from the bank after hacking into the bank’s computer to solve the crime herself; Thief! (1995), about a child who is transported into the future after being accused of a crime she did not commit; and Pig-Heart Boy (1997), the diary of 13-year-old Cameron, who needs a heart transplant. The latter book and its subsequent adaptation as a series for television won several awards, including a BAFTA for best children’s drama in 2000.

In 2007 she collected stories and poems for the book Unheard Voices, commemorating the bicentenary anniversary of the abolition of the slave trade, and in 2009 she contributed to Free? , a book of stories celebrating Human Rights. Recent books include Noble Conflict (2013), a thriller set in a post-revolutionary utopia; Chasing the Stars (2017), a re-telling of Othello set in space, which was shortlisted for the YA Book Prize; and Blueblood (2020), a re-telling of the Bluebeard fairy tale. A fifth novel in the Noughts & Crosses series, Crossfire, appeared in 2019.

She has been awarded numerous prizes for her work, including the Red House Children’s Book Award and the Fantastic Fiction Award. Malorie has also been shortlisted for the Carnegie Medal. In 2005 she was honoured with the Eleanor Farjeon Award in recognition of her contribution to children’s books, and in 2008 she received an OBE for her services to children’s literature. She has been described by The Times as ‘a national treasure’.

Since the early 1990s, Malorie Blackman has produced over 50 books.

The vast majority are children’s novels, but she has also written Young Adult novels, early-reader books and picture books. She also writes short stories and television scripts, including episodes of the children’s television drama, Byker Grove. Most of Blackman’s characters, like herself, are black, but until the publication of Noughts and Crosses (2001), discussed below, Blackman chose not to foreground the issue of race and ethnic identity, but rather to depict black characters simply living their lives, whether in ordinary or unusual circumstances, without an overt focus on their race. This was because Blackman felt that her publishers were trying to pigeon-hole her as a ‘black writer’ who would ‘write about race and nothing else […] A couple of editors did say, "We want something for our multicultural list," and I’d think, "Well you’re not getting one from me". I wanted a black person on the cover, but plots that had nothing to do with race per se’ (Amanda Craig, The Times, 31 January 2004).

One of Blackman’s most successful early books was the novel Hacker (1992). Its theme - that of wrongful accusation - is something she often addresses. In Hacker, Vicky’s father has been falsely accused of stealing from the bank where he works. Rather than sitting back and feeling helpless, Vicky takes the situation into her own hands, using her IT skills to hack into the bank’s computer system in order to prove her father’s innocence. The depiction of a child-hero (or heroine) who saves the day, utilised extensively in J.K. Rowling’s Harry Potter books, is a classic theme in children’s literature, but Blackman gives it a modern edge by depicting a child-hero with sophisticated technological skills.

Some of Blackman’s books contain an element of science fiction and fantasy. Thief! tells the story of Lydia, who is wrongly accused of stealing, and struggles to deal with the pain and anger this arouses. After running away, Lydia is knocked unconscious in an accident, but wakes to discover that she has been propelled into the future. Here, like Scrooge in Dickens’ A Christmas Carol, she encounters her future self - bitter, twisted and hard-hearted - and she is thus jolted into taking responsibility for her reactions. Blackman was motivated by some of her own childhood experiences, and enjoyed exploring the possibility that individuals can rise above the effects of negative experiences:

'Thief! was sparked off by something that happened to me when I was a child, being accused of something that I didn’t do. I still remember that feeling, and I wanted to explore that idea [that] if something happens to you that’s really hurtful and hateful, do you let it change your life, and do you let it change the sort of person you become […] you don’t have to let bad things turn you into a bad person.' (BBC ‘Blast’ website)

One of Blackman’s most well-known novels is Pig-Heart Boy (1997), which was later adapted into a BBC television series for children. The book is extremely topical, addressing the controversial issue of transplanting genetically modified animal organs into humans. Pig-Heart Boy is the story of a young boy, Cameron, who will die if he does not receive a heart transplant. As the lack of human donor organs becomes painfully apparent, Cameron and his family face an agonising and far-reaching decision when they are offered a pig’s heart. Pig-Heart Boy was short-listed for the prestigious Carnegie Medal, while the television adaption won a BAFTA (best drama) as well as a Royal Television Society Award (children's drama), and numerous other awards.

Pig-Heart Boy was extremely popular and critically acclaimed, but even this was surpassed by Blackman’s multiple award-winning Noughts and Crosses series. As discussed above, this was the first time Blackman addressed racial issues overtly. She was inspired to do this by various experiences - some political, such as the Stephen Lawrence case, and some personal, such as needing a plaster one day and realising that plasters are always pink so that they are unnoticeable on white skin. Blackman also felt that by this point she had established herself as a talented and multi-faceted writer, and so she felt comfortable enough to address racial issues directly without fear of being pigeon-holed. Consequently, in Noughts and Crosses (2001) and the books which followed - Knife Edge (2004) and Checkmate (2005) - Blackman inverted society, depicting a world in which black people are the ruling elite and white people are confined to minority status, denied legal rights and work in menial jobs. In this world, black people are ‘Crosses’ (always with a capital ‘C’) and whites are ‘noughts’ (with a lower-case ‘n’). The novels focus on the frustrated love affair between a black girl, Sephy, and a white boy, Callum.

Noughts and Crosses is the only novel by a black writer to be included in the BBC’s The Big Read, which features the top 100 favourite books of all time, voted for by the British public. Amanda Craig describes the novel and its sequels as ‘revolutionary’ in their simple but acutely satirical depiction of racism:

'Filled with love, sorrow, suffering and stinging satire on injustice, Noughts and Crosses is a remarkable novel, not least in tackling the subject of race with brilliant simplicity. Every page shocks; Knife Edge, the sequel, is no less impressive. The style is simple and direct, but the ramifications of what it describes are thought out in devastating detail. Children’s fiction has long been the repository of great satirical writing, but Blackman’s [series] takes it into levels unseen since Orwell’s Nineteen Eighty-Four.' (The Times, 31 January 2004).

Blackman herself is modest and sums up her intentions quite simply, stressing the importance of putting oneself in someone else’s shoes. After completing two of the novels, she summarised the central theme in each one: ‘Noughts and Crosses was a novel about love, Knife Edge is about hate, and the third novel [Checkmate, which was published in 2005] is going to be about hope’ (The Times, cited above).

In the Noughts and Crosses world, the derogatory term for white noughts is ‘blankers’, while the equivalent for black Crosses is ‘daggers’. Many of the situations and insults depicted are commonplace in real life, but Blackman reverses it for her fictional world in which white people are the victims. Knife Edge, for example, describes a typical playground scene. The simple understatement and the ‘ordinariness’ of the scene increase its poignancy quite dramatically:

'Four children were picking sides for an obstacle around the climbing frames. One was a nought, the other three were Crosses. And they were choosing who would be with who for the race. But they couldn’t decide.“I know,” said the nought girl. “Eenie, Meenie, Minie, Mo. Catch a blanker by the toe. If he squeals, let him go. Eenie, Meenie, Minie, Mo. You’re on my side, Michael. Ready, steady, go!”[…] I watched as they all tried to negotiate their way up to the top of the star and back down again, each team still holding hands. And the girl’s rhyme kept ringing in my ears. Did she even know what she was saying?'

Blackman continues to produce a regular and prolific output of fiction. Her recent publications include Cloud Busting (2004), which won the Nestlé Smarties Book Prize (SilverAward). A highly original novel in verse, Cloud Busting depicts the heartrending struggle of two boys who are trying to maintain their friendship under the stress of peer pressure and bullying. In March 2007, Blackman edited Unheard Voices, ananthology of stories and poems to Commemorate the bicentenary anniversary of the abolition of the slave trade. The collection combines poignant stories and poems with autobiographical accounts of slavery written by freed slaves. 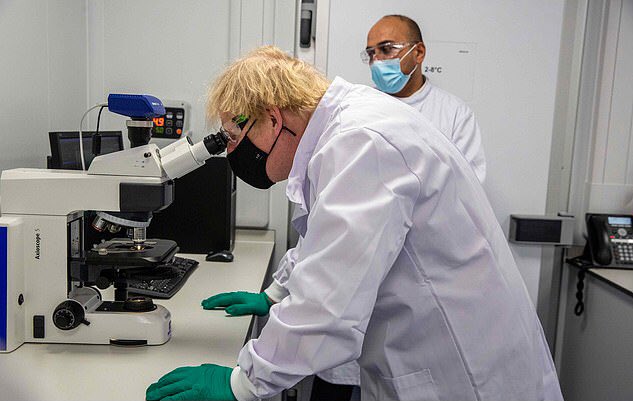 @malorieblackman RT @ed_itu: @NadineDorries This is also an absolute lie, a newly qualified nurse cannot ever earm £34k as £30 in Bank 5 is top & that takes…
(1 days ago)

@malorieblackman RT @NursingNotesUK: @NadineDorries Your tweet is factually incorrect - newly qualified nurses earn £24,907 per year and the salary for the…
(1 days ago)

@malorieblackman RT @JolyonMaugham: "The analysis found that Conservative areas were consistently placed in a higher priority category than their deprivatio…
(1 days ago)