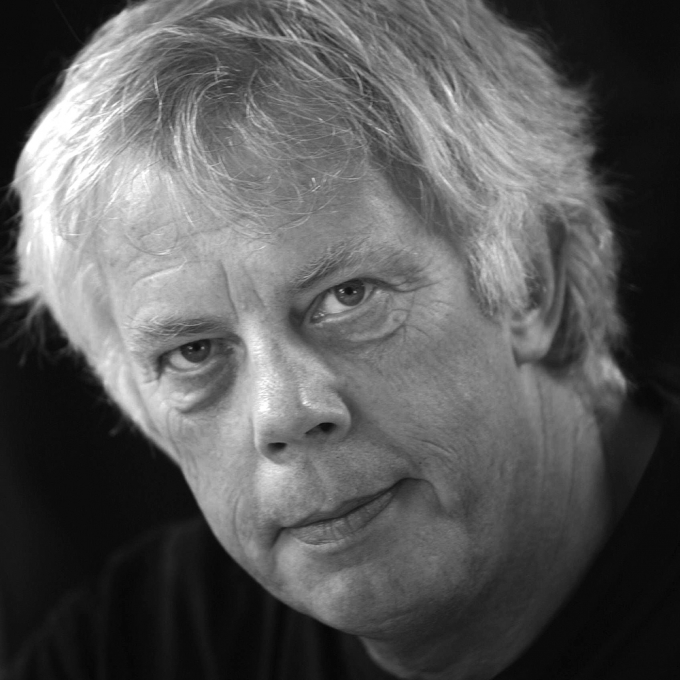 Mal Peet grew up in North Norfolk, and studied English and American Studies at the University of Warwick.

Later he moved to south west England and worked at a variety of jobs before turning full-time to writing and illustrating in the early 1990s. With his wife, Elspeth Graham, he wrote and illustrated many educational picture books for young children, and his cartoons appeared in a number of magazines.

His first novel for young adults, Keeper, was published in 2003, and won the Branford Boase Award. His second, Tamar (2005), the story of two men caught up in secret operations during World War II, won the 2005 Carnegie medal. His third novel, The Penalty (2006), returns to the South American location of Keeper, and sets a modern-day story of crime and corruption against an historical narrative of slavery and occult religion. It was shortlisted for the 2007 Booktrust Teenage Prize.

Later novels include Exposure (2008), a modern re-telling of Othello and winner of the 2009 Guardian Children's Fiction Prize; Life: An Exploded Diagram (2011); and Beck (2016), which was completed by Meg Rosoff after Peet's death, and was shortlisted for the 2017 Carnegie Medal.

Some of the best writing for young people resists labelling, and Mal Peet’s is no exception.

He has admitted to being wary about the terms ‘young fiction’ or ‘teenage fiction’, and that wariness is borne out in his books. Neither Keeper (2003), Tamar (2005) or The Penalty (2006) feel overtly targeted to teenaged readers and are each gripping reads which can be enjoyed by any age.

Although Peet had been involved in children’s writing previously through collaborations with his wife Elspeth Graham, it was with his first full-length book, Keeper, that he made his mark. Its unlikely combination of themes – football, foreign lands, environmental destruction, ghosts and indigenous myths – also hinted at the tone of much of his work to come. Set in a fictional South American country, the story concerns a youngster who, from unpromising beginnings, becomes the world’s best football goalkeeper, known as ‘El Gato’, the cat. But this is no ordinary ‘rags to riches’ tale. The boy learns his craft over several years of secret visits to the jungle around his home, where in a mysterious clearing he is coached by a ghostly figure. While he gets stronger and more talented, his father works for a logging company which is constantly battling the nurturing landscape around them. Eventually, despite winning global acclaim – and the World Cup – El Gato comes to understand the significance of the ghostly ‘Keeper’, and reveals other ambitions beyond football.

Peet’s reluctance to make Keeper simply a book about football – even a good book about football – distinguishes it from other teenage-interest material. The arresting combination of themes ensures not just that the book appeals to an audience far wider than one merely interested in sport, but also deepens and enriches the reader experience.

The book is also notable for the first appearance in print of Paul Faustino, ‘South America’s top football writer’.  In Keeper it is Paul, functioning primarily as the vehicle of the narrative, who interviews El Gato and learns his mysterious tale. He comes across as sceptical and uncertain about the goalkeeper’s talk of ghosts and spirits, yet finds himself drawn to the story, and, eventually, compelled to record it in a way he was not expecting.

As if determined not to be labelled a ‘football writer’, Peet’s next book demonstrated a huge shift in territory. The Carnegie medal-winning Tamar is an impressive dual narrative, set partly at the end of the Second World War and partly in contemporary Britain. Teenaged Tamar is left a box by her grandfather, with clues which help her piece together his life as a Special Operations Executive in Nazi-occupied Holland. Two agents, codenamed Tamar and Dart, are parachuted in to co-ordinate the sporadic work of the Dutch resistance. Their undercover efforts are complicated, however, by a sincere but undisclosed emotional attachment, by the Nazi efforts to starve the locals and punish resisters, and by the dangers of relying on so many people to maintain their clandestine operation. It’s a study of the pervasive and dangerous nature of secrets.

While the book is a world away from Keeper, it is possible to see some shared themes already emerging in Peet’s writing. Predominant perhaps, is his sense of history and its enduring importance. In his ‘author statement’, Peet says: ‘I do have a rather passionate belief in our need to be connected to – and to learn from – history. I now realise, somewhat to my surprise, that this is an underlying theme of my novels. All three are about people whose lives are altered or shaped by events that took place in the distant past; events of which they are, at the outset, unaware.’ In Tamar, this connection with history is initially resisted by one character (young Tamar), and actively sought out by another (her father), and though in the end they reach a shared knowledge of historical facts, their response to what they learn is very different. Peet suggests that knowing about the past is one thing, but acknowledging your place in the unfolding of events, and recognising that it shapes the person you are, is quite another.

Peet’s third novel, The Penalty, sees a return to South America and a second outing for journalist Paul Faustino – yet it is a very different story from Keeper. While the narrative is centred around another gifted young footballer – El Brujito, or the Little Magician – he barely makes an appearance, and there’s hardly any football in the book at all. What Peet focuses on instead is the ability of the past to keep a grip on the present. Partly this is explored through the dark history of South America’s slave trade, and partly through the religion of its people.

When the deeply religious El Brujito goes missing after an uncharacteristically poor performance, the press begin to speculate about kidnap. Paul Faustino happens to be in the right place to take up the story, but he’s on leave from work – and anyway, he is no investigative journalist. When another reporter is found knifed and floating in the sea nearby, it only confirms his decision to leave the story well alone. But he finds himself drawn in not just to an underworld of corruption and murder, but to an ‘otherworld’ of religion, history and myth which is quite outside his experience and understanding.

The Penalty sees Faustino become a more deeply imagined central character. Arrogant, cynical and not given to heroism, he’s revealed as less the confident and successful journalist of Keeper, and more a loner carrying an uncertain relationship with his own past. In Peet’s next book, Exposure (2007), Faustino will make his third appearance.

Mal Peet’s work is notable for its refusal to submit to categories – the constraints which label what a book should be about, and who it should appeal to. His books to date prove that successful literature for young readers doesn’t have to be didactic, or have overtly youthful themes, or even centre on young characters. It is the quality of the writing which is, ultimately, the most important thing.

Although I write to entertain, and try to keep my work free of didacticism, I do have a rather passionate belief in our need to be connected to – and to learn from – history. I now realise, somewhat to my surprise, that this is an underlying theme of my novels. All three are about people whose lives are altered or shaped by events that took place in the distant past; events of which they are, at the outset, unaware.

I find myself, by happy accident, writing ‘Young Adult’ fiction. However, I dislike such categories. I try to write stories that will attract younger readers and make them feel part of a wider readership. I do not feel able to write books that are about, or even for, teenagers; and I am inclined to be suspicious of books which ‘target’ them. Such books usually give off a strong whiff of condescension; although there are, of course, very honourable exceptions. Similarly, I see genres as generating sets of rules or conventions that are only interesting when they are subverted or used to disguise the author’s intent. My own way of doing this is to attempt a sort of whimsical alchemy, whereby seemingly incompatible genres are brought into unlikely partnerships. Keeper (2003), for example, is a combination of sports biography, ghost story and Arthurian legend.

If I were to try to describe the way in which I write, the only word I would use without qualification is ‘slowly’.