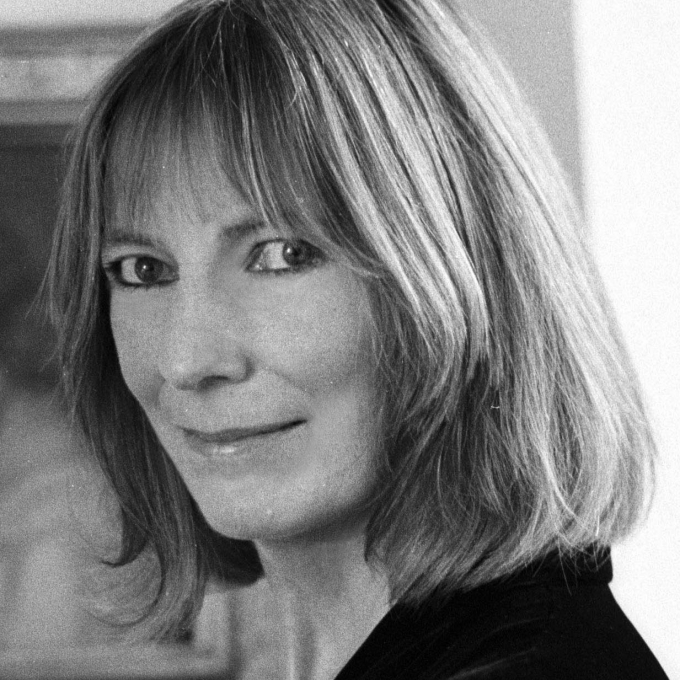 Biographer, critic and journalist Lucy Hughes-Hallett was born in 1951. She was educated at Bedford College, University of London. She worked as a features writer for Vogue magazine and later became the Evening Standard’s television critic. She has written book reviews for many publications, particularly The Sunday Times.

Her first book, Cleopatra: Histories, Dreams and Distortions (1990), examining the historical background and cultural myths inspired by Cleopatra, won the Fawcett Prize and the Emily Toth Award. Heroes: Saviours, Traitors and Supermen, was published in 2004.

Her biography of Gabriele D’Annunzio, The Pike: Poet, Seducer and Preacher of War, appeared in 2013. It won the Samuel Johnson Prize for non-fiction as well as the Costa Book Award. She lives in London and is a fellow of the Royal Society of Literature. Her first novel, Peculiar Ground, was published in in 2017.

The widespread acclaim which greeted The Pike (2013), Lucy Hughes-Hallett’s scintillating biography of Italian aesthete and progenitor of fascism Gabriele D’Annunzio (it won two of Britain’s most prestigious literary prizes), also marks the culmination of her own writing career, preoccupied as it has been with heroic controversial lives. But she is no hero worshipper: indeed, her books have subjected heroism itself to incisive critiques. However, by stating at the outset ‘disapproval is not an interesting response’, she leaves moral judgments to the reader. Crucial to the book’s success is the boldness of its structure. Instead of a continuous narrative, it moves backwards and forwards in time as well as thematically, giving us ‘sightings’ of the man in action on specific days. At a dinner in 1895, for instance, D’Annunzio ‘proposed a toast to “putrefaction” …. His toast was to the continuing debasement of political life, in the apparent hope that parliamentary democracy might destroy itself, leaving a land more fit for d’Annunzian heroes. “I drink to the roses which will flower from the blood”’.

By her own account, Hughes-Hallett served her apprenticeship as a biographer by writing lengthy profiles for Vogue magazine. In the course of which she no doubt encountered people with ‘dangerous charisma’, displaying drives for power, money, adulation, and of course sex – characteristics that appear on the larger historical scale in her books. While these have mostly concerned male figures, her first in 1990 was on the ultimate glamorous woman, Cleopatra. Or rather, its subject is how Egypt’s legendary queen has been re-imagined within Western culture. Its subtitle Histories, Dreams and Distortions in a later edition became the more commercial Queen, Lover, Legend. Such a change bears out what Hughes-Hallett argues throughout, that Cleopatra’s image continually altered over the centuries to whatever the age demanded. Shakespeare’s Cleopatra, the ‘serpent of old Nile’, was not the same as the fluttering dove of Handel’s opera Gulio Cesare, still less the romantic figure Elizabeth Taylor portrayed in the 1963 Hollywood movie.

She points out legends about the queen were first formed by Roman propaganda, to discredit her lover Mark Antony. By the 19th century, her Eastern exoticism ‘became the vehicle for theories about racial difference and justifications of imperialism’, as Hughes-Hallett later argues [The Guardian, 19 August 2006]. Cleopatra was then reinvented as the archetypal femme fatale, notably by Ballet Russes in Paris during 1909, the dancer Ida Rubinstein being ‘carried on in a sarcophagus, wrapped mummy-fashion in yards of gauze from which she was gradually unwound’. And, in one of the numerous connections within her books, Rubinstein herself was one of D’Annunzio’s numerous lovers.

The rationale for writing Heroes: Saviours, Traitors and Supermen (2004) was to examine the need for such figures, ‘acknowledge its urgency, and to warn against it’. It comprises chapters on six military or political leaders from antiquity to the 19th century, framed by mythic heroes Achilles and Odysseus. These are Athenian general Alcibiades, Roman statesman Cato, ‘mercenary’ El Cid, ‘pirate’ Sir Francis Drake, Wallenstein of the Thirty Years War, and Garibaldi the liberator of Italy. Significantly, most of these had what she calls ‘seditionary greatness’, opposing the authorities they were supposed to serve. A thread of debunking humour enlivens descriptions of their many foibles, such as Garibaldi’s libidinousness or Cato as a ‘stiff, half-witless cloud-walker’. Her criticism is not only of the heroes but also of their worshippers and apologists, who ‘abnegate responsibility, looking for the great man for salvation or for fulfilment’. A final chapter looks at perversions of the idea of the heroic for sinister totalitarian ends. D’Annunzio is cited for his warmongering rhetoric that prepared the way for Mussolini and Hitler to manipulate the masses.

Bursting out of that modest book, D’Annunzio’s preposterously extravagant life clearly demanded its own account. Hughes-Hallett is careful, however, to set the scene for later excesses by showing how D’Annunzio evolved. He was a prolific writer (Mussolini’s fascist state published his works in 48 volumes) who moved from romantic idealist to decadence, from dreamer to political man of action. The youthful enthusiast for Byron, Carducci, and Wagner, ‘for whom the cult of beauty took the place of morality’, became the brutal nationalist demagogue urging the ‘cleansing’ necessity of war. Hughes-Hallett does full justice to his spendthrift habits and compulsive womanising, but also to his pioneering enthusiasm for aviation and courage under fire. The key episode she describes at length is his unofficial takeover of the Adriatic city of Fiume for six months during 1919, ruling an anarchy by mesmeric speeches and bands of thugs.

‘Speed, risk, sexual cruelty, suicide, insanity: these were themes which beat through D’Annunzio’s work and haunted his life’ she observes, and yet in such a grimly kaleidoscopic portrait there are exquisite vignettes. Especially of women, such as the great actress Eleanora Duse, or the Marquesa Casati who ‘looks like one of the etiolated seductresses Gustav Klimt is painting in Vienna’. Then there is the sly humour with which Hughes-Hallett conveys D’Annunzio’s ever more outrageous actions, statements and grandiose visions. The more self-deluded they become, the more deadpan is her manner in reporting them. His final and ‘ultimate artwork’ was the house on Lake Garda to which he retired, transforming it into his own memorial by generous state subsidy, which even extended to ‘posthumous messages’ with ‘requests for yet more money. Mussolini complies’.

One of D’Annunzio’s stirring phrases was: ‘Life’s value is that of a spear to be thrown’. Throughout Lucy Hughes-Hallett’s works we encounter characters that could have stood for the same principle of taking risks. She is herself from a military family and is a pacifist. She doesn’t endorse heroics, but neither does she flinch from describing them. Her books reveal the inevitable consequence of lives lived on such a scale, that there are likely to be many victims. As reading experiences, her books are indeed feasts. We are served up extraordinary dishes. An admiring reviewer of Heroes neatly pictured Lucy Hughes-Hallett’s stance as an author who ‘stands over us as we feast like a warning Athena’. [Christina Hardyment, The Independent, 19 October 2004]

@LucyHH RT @Raphaelite_Girl: Ready for some more Pachyderm Piano?!😄🐘🎹 Something more upbeat today as Peter the Elephant enthusiastically joins in…
(3 months ago)