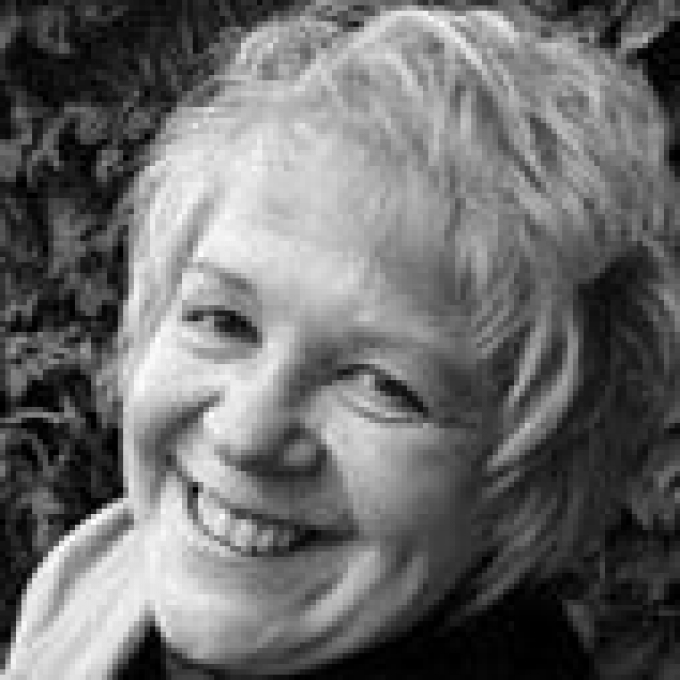 Her first collection of poems, Memo for Spring, was published in 1972 and won a Scottish Arts Council Book Award. Her poetry has been published in a number of collections including Penguin Modern Poets 4 (1995). A performer as well as a poet, her revue Sugar and Spite was staged in 1978 with Marcella Evaristi. Liz Lochhead travelled to Canada in the same year, after being selected for a Scottish Writers Exchange Fellowship, and she became a full-time writer, performance poet and broadcaster.

Her plays include Blood and Ice (1982), first performed at the Edinburgh Traverse in 1982; Mary Queen of Scots Got Her Head Chopped Off (1989), first performed by Communicado Theatre Company at the 1987 Edinburgh festival; Dracula (1989); Cuba (1997), a play for young people commissioned by the Royal National Theatre for the BT National Connections Scheme; and Perfect Days (1998), a romantic comedy, first performed at the Edinburgh festival in 1998. She translated and adapted Molière's Tartuffe (1985) into Scots, premiered at the Edinburgh Royal Lyceum in 1987, and the script of her adaptation of Euripides' Medea (2000) for Theatre Babel in 2000 won the Saltire Society Scottish Book of the Year Award. In her play Misery Guts (2002), based on Molière's The Misanthrope, the action is updated to the modern-day Scottish Parliament.

Her work for television includes Latin for a Dark Room, a short film, screened as part of the BBC Tartan Shorts season at the 1994 Edinburgh International Film Festival, and The Story of Frankenstein for Yorkshire Television.

Liz Lochhead lives in Glasgow. She was awarded an honorary degree by the University of Edinburgh in 2000. In 2005, she was made Poet Laureate of Glasgow, and in 2011, became Scots Makar. Her latest book is A Choosing: The Selected Poetry of Liz Lochhead, published in 2011.

Liz Lochhead’s work frequently focuses on girlhood, motherhood, the female side of a relationship. She is also fascinated by interstices, and points of connection between past and present. She is very much a Scottish writer, and Scotland is not an infrequent presence in her work, in one way or another. A good place to start this critical analysis, then, is her punchy play Mary Queen of Scots Got Her Head Chopped Off (1989), which brings all three together. In 2011, the play was given a fresh run by the Royal Lyceum and Dundee Rep, directed by Tony Cownie. And (alas) it continues to have prescient echoes: the main protagonist, Mary Stuart, is, after all, a Catholic queen in a Protestant land, and a woman in a man’s world.

Mary is a historical play of paranoia, love, lust, loathing, but it is more than this, shooting finally into the present context of a schoolyard, and revealing a sectarian and social continuum which the audience is compelled to acknowledge. In a sense this is comparable to one of Lochhead’s more recent plays, Misery Guts (2002), which also pulls the past into the present, by transferring the action of Molière's The Misanthrope into the 21st-century Scottish Parliament.

Lochhead, then, is an inventive and imaginative playwright, perennially contemporary, because of (rather than in spite of) her propensity to delve into a literary or historic heritage. In her poetry, too, we might sense parallels everywhere – between the poet and ourselves (Lochhead’s poems tend to focus on identifiable realities), past and present, ourselves and others.

In the nearly-title poem of her 2011 selected poems, ‘The Choosing’, the speaker recalls her similarity to a best friend – another Mary – at primary school. I say similarity, but really they seem almost identical, ‘with same-coloured ribbons in mouse-coloured hair’ and ‘a common bond in being cleverest (equal)’. But the friend’s father ‘didn’t believe in high-school education, / especially for girls’. The end of the poem finds the adult speaker ‘coming from the library / with my arms full of books’, symbolically embracing the solitary pursuit of learning, and suddenly confronted with the surprise of her old friend (and the friend’s devoted husband) on the bus, her arms ‘round the full-shaped vase that is her body’. And as so often in Lochhead’s most ambitious poems, an anecdote turns to a meditation:'I think of those prizes that were ours for the taking and wonder when the choices got made we don’t remember making.'

Both women seem to have reached one sort of fulfilment at the expense of another; neither women had dominion over their fate. The old friend is more than an old friend, she is an alter ego. The definite article in the title pulls its weight, emphasising the lack of agency the young girls had over their destiny as they came of age. Remarkably, Lochhead was still a teenager when she wrote this poem.

Lochhead’s is a perspicacious and often fast-paced poetry rooted in commonplace realities, whether these are the ‘gospel halls, chapels, Orange halls, / doctors’ surgeries’ of the edges of Glasgow, or childhood memories, or love, or dreaming, or drinking. Her poems are naturally streetwise; she is interested, to borrow Hardy’s sentiment, in touching our hearts by revealing her own. It is largely for this that she has generated widespread – and widening – acclaim. A very recent poem, ‘Poets Need Not’, begins with the assertion that ‘Poets need not be garlanded’, for ‘The pursuit’s its own reward’. Nonetheless, shortly after the publication of this poem in The Times in January 2011, Lochhead was made the second Scots Makar, a title previously held by Edwin Morgan. She is a natural successor, insofar as she is a poet of genuine vitality and personality, with a distinctive – and distinctively native – voice.

Morgan is undoubtedly an influence, though his work is often far more ostensibly experimental. For his 70th birthday, Lochhead composed a deferential poem in his honour, ‘5th April 1990’. A visit to the newly undivided city of Berlin leaves the poet wondering:

'Who could make sense of it?
Morgan could, yes Eddie could, he would.
And that makes me want to try.'

In fact, a number of Lochhead’s poems consider a world beyond Scottish, or British, shores, filtered through the conscience of a stranger who is very much aware of her strangeness and keen to make sense of it. In ‘Ontario October Going West’ she exalts in this strangeness:

the single drowned birch shrieks fingerbone.
the lake says frankly this is a very old trick
it’s all done with mirrors.'
And the prairie ‘when you get to it / says keep going’.

The intrinsic chill and wonder might remind us of the superb travel poems of Charles Causley. ‘Fourth of July Fireworks’ is also a poem of chill and wonder, in slightly different proportions. The poem takes us to manicured Cape Cod, in New England, on America’s national day. It is familiar yet alien, unheimlich despite being (in the voice of an American addressing the speaker) ‘so English’. There is something metaphorical and portentous in the poem’s closing tercet:

'Raindrops big as bullets dent the roof we all stand under,
watching Canute’s fireworks out-rage the storm, try to steal its thunder.'

For a poet with a reputation for fizz, though, Lochhead’s voice can be disarmingly quiet. She is often a tender love poet, or a tender poet of love. Love certainly seems to be her overriding theme, one way or another. ‘Epithalamium’ is what its title professes it to be – at least up to a point:

'Delight’s infectious – your quotidian friends
Put on, with gladrag finery today, your joy,
Renew in themselves the right true ends
They won’t let old griefs, old lives destroy.|
When at our lover’s feet our open selves we’ve laid
We find ourselves, and all the world, remade.'

Philip Larkin once suggested that his task as a poet was to make true ideas into beautiful poems and beautiful ideas into true ones. To a conscience such as Larkin’s, of course, ‘Epithalamium’ would fit squarely into the beautiful-only camp, but to many it will be both. It is gutsy, too: the syntactic inversion in the penultimate line could have been avoided and isn’t exactly fashionable, but it lends the poem a stately grace and fitting air of timelessness. We might be reminded of Rupert Brooke’s metaphor for war, ‘swimmers into cleanness leaping’. But here, as elsewhere, Lochhead has captured something that will never be unanimously refuted, and which will always stand to make life richer.