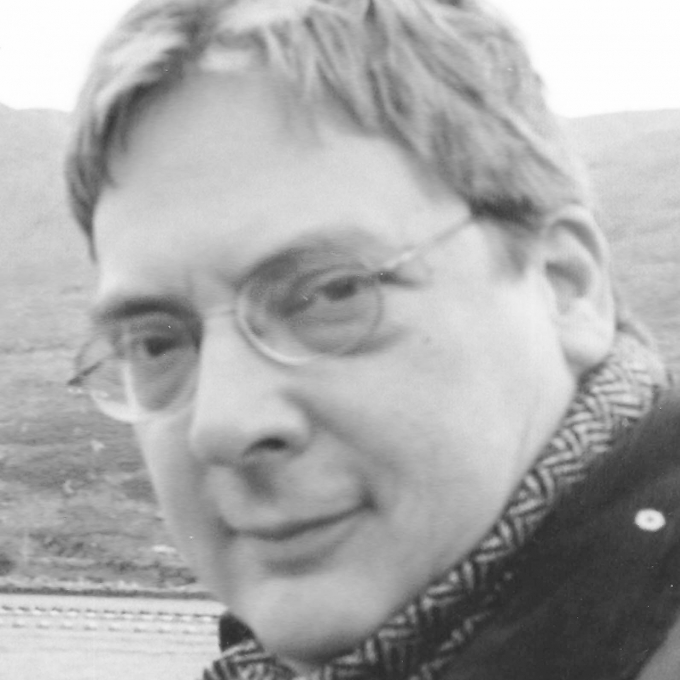 Lachlan Mackinnon was born in Aberdeen, Scotland in 1956 and educated at Charterhouse and Christ Church, Oxford.

He teaches English at Winchester College and reviews regularly for the Times Literary Supplement and in the national press.In 1986 he won an Eric Gregory Award, and his first collection of poems, Monterey Cypress, was published in 1988, followed byThe Coast of Bohemia (1991) and The Jupiter Collisions (2003). He has also written two critical studies: Eliot, Auden, Lowell: Aspects of the Baudelairean Inheritance (1983) and Shakespeare the Aesthete: An Exploration of Literary Theory (1988), as well as a biography, The Lives of Elsa Triolet (1992). Two of his poems, 'Staying with Friends' and , and The Jupiter 'Elegy', are collected in New Writing 7: An Anthology (1998), published by Vintage in association with the British Council.

His latest collection of poems is Small Hours (2010), shortlisted for the 2010 Forward Poetry Prize (Best Poetry Collection of the Year).

A poet of quiet reflection, Lachlan Mackinnon's debut, Monterey Cypress (1988), is studded with notes of dandyish ennui, as in 'Circles': 'I am tormented by abstractions:/ The world must be imagined to exist / and my imagination's failing. / It all goes faint, the walls, the furniture ... / even my wife does, and whatever / she cares about.' A mixture of childhood narrative and pop throwaways, Monterey Cypress is marked by such poems as 'A Family Tradition', which explores the history of his name which: 'has no meaning certified; / is it warlike man / or one from across the water?' Witty and serious, Mackinnon's poems show a keen awareness of form, but also a taste for the colloquial, clearly a result of two of his closest influences: W.H. Auden and Robert Lowell.

With his second collection, The Coast of Bohemia (1991), MacKinnon returns with a number of poems whose frailty is palpable. They resonate with the grief of a marriage gone wrong. 'Memo' is striking:

' There are moments of wanting to be well entirely. Yesterday – was it? – and I saw the lightning stand straight up

between buildings like a young woman's flashing body white at her first unrobing, or like a scar that healed forever.'

The subjects in The Coast of Bohemia are varied: love-lyrics, meditations and satires. with nods to both Mandelstam and Montale – a sign of the interest in foreign poetry which has marked Mackinnon as well as many of his contemporaries – Michael Hofmann, Jamie McKendrick and Stephen Romer. Baudelaire, in particular, is always lurking in the undertones of MacKinnon's work. The poet dominates MacKinnon's first book, the critical study, Eliot, Auden, Lowell: Aspects of the Baudelairean Inheritance (1983).

Twelve years later MacKinnon published The Jupiter Collisions (2003), his third collection and his first with Faber and Faber. The new poems are haunted by the 1960s of MacKinnon's childhood, as well as its sounds. The track-listings of MacKinnon's jukebox are laid bare. Jerry Garcia is the subject of 'Not Fade Away': 'I play one record then another, / hearing your youth / in your later work and your / late economy in youth's / profligate, glittering runs.' Other epoch-making tracks sweep through the book, The Beatles' 'Hey Jude' and 'The Ballad of John and Yoko' as well as Bob Dylan's 'Street Legal'. The remaining elegies in The Jupiter Collisions are both passionate and restrained. 'First Love' is touching, as is 'Staying with Friends': 'we were children, / lost among the bewildering / tall grasses, quarrels, poppies / and adult silences.' Like the best critics, the critical work MacKinnon had done in the interim – such as, notably, his Times Literary Supplement reviews on Philip Larkin and Thom Gunn, began inflecting his own work: 'The earth makes nothing of your bitter gloom' in 'Le Cygne' where we see the hand of Larkin and in 'Bob Dylan's Minnesota Harmonica Sound' where Mackinnon writes: 'Sometimes / the one comfort is never standing still' a sentiment often expressed by Gunn. Refreshingly, the book also exhibits a wider world view than the first two books. Mackinnon visits Guangdong in China, as well as the graveyard island of San Michele in Venice where we see 'the cosmopolitan fames' – Stravinsky, Pound. In 'Marfa, Texas' the skies have 'faint Japanese / brushstrokes of tinted cloud.' When Mackinnon writes of nature, we see a hard-won sense of serenity unfold.

'Pigeon', the opening poem of Small Hours (2010), Mackinnon's most recent collection, reminds the reader of the frailty we first witness in The Coast of Utopia; its closing line is eerie: 'most nights, most people are not afraid to sleep.' Small Hours, however, is a subtler collection. Among the finest of the short lyrics that preface the book are, 'In Memory of Keith Darvill' and 'Edward Thomas': 'And I loved him, who had stopped wanting love / or anything. Who shouldered what he must.' 'Esmeralda's', dedicated to Mick Imlah, Mackinnon's former editor at Chatto & Windus, who passed away in 2009, is also one of the stand-outs of the collection. Nevertheless, there is no question that Small Hours is dominated by 'The Book of Emma', a sequence of 54 prose poems. It is pieced together by fragments of family history, heady student days and snippets of married life with a little help from Google of course: 'The size of an internet footprint means nothing about the value of a life. The operating system I use is Windows XP Service Pack 2. It has a shelf-life. At some point support will be withdrawn. Microsoft euthanise their older products ...' The poem's central figure, Emma Smith, is an old friend from Mackinnon's time in Oxford. This moving elegy has been a long time in the making. There are references to her scattered across all of Mackinnon's previous collections. An intimate portrait of the heroine, her admirer and their times, 'The Book of Emma' shifts deftly from the political, the religious and the personal. Emma, whom MacKinnon believes committed suicide, falling off a cliff on Lundy, 'an island off the coast of North Devon' is addressed with an affectionate voice wholly devoid of any irony or inept melancholy. A testament to this is in 'XXX', the only lyric in the sequence: 'I was reading in my study when I was rung / to be gently told she had gone away from us. / It was a blue room. Blue walls. A blue shade was lightly hung / up in the hope of the writing I was getting done. / In the garden of the beginning we were young.'

Over all, Mackinnon's career resembles that of T.S. Eliot: the shedding of symbolism, the crescendo towards religious faith, the acquiescence. MacKinnon is not a genuinely popular poet. He has received little in the way of critical attention. With the appearance of his latest collection, however, there is little doubt this is due to change. As Natalie Whittle put it in her review of Small Hours, MacKinnon 'is talking to the dead and does not want to end the conversation.'