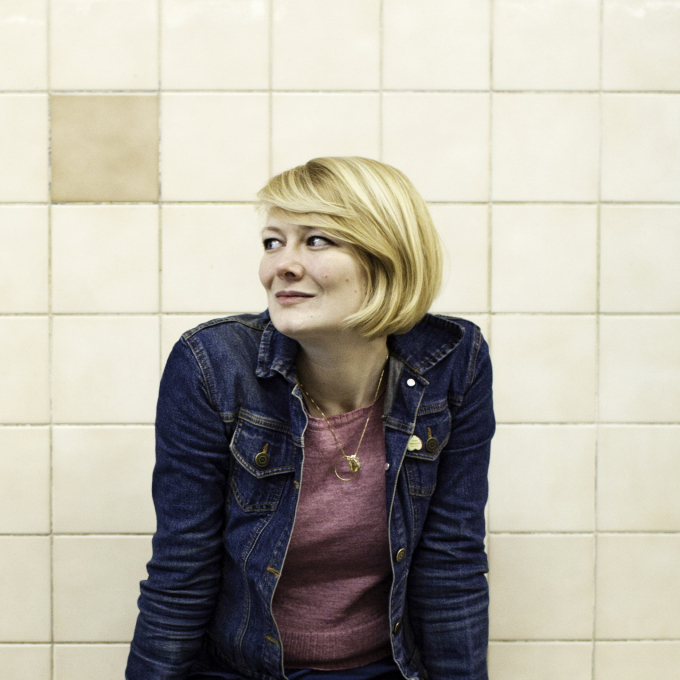 Kerry Hudson was born in Aberdeen. Growing up in a succession of council estates, B&Bs and caravan parks provided her with a keen eye for idiosyncratic behaviour, material for life, and a love of travel.

Her first novel, Tony Hogan Bought Me An Ice-Cream Float Before He Stole My Ma (2012) was winner of the Scottish First Book Award and has been shortlisted for the Southbank Sky Arts Literature Award, Guardian First Book Award,  Green Carnation Prize, Author's Club First Novel Prize and the Polari First Book Award. Kerry's second novel, Thirst (2014), was developed with support from the National Lottery through an Arts Council England grant and was the winner of the Prix Femina Etranger 2015.

She currently divides her writing time, and affections, between Hackney and Hanoi.

“Labels will always be given and I understand the need for them”, Kerry Hudson recently told Foyle’s magazine, before suggesting a few that might fit: “I'm Young(ish), Female, Working-class, Lesbian. All parts of my identity as a writer but nowhere close to making the sum of my parts.”

Since the success of her debut novel, Scottish writer Hudson has most commonly attracted the label of an inheritor of the social vision of Roddy Doyle and Irvine Welsh. A darkly comic chronicler of what some might call an ‘underclass’ Britain, her writing to date has been praised for offering a perspective on the margins of national life too often missing from mainstream literary fiction.

Hudson has described herself as passionately convinced of the need to “see a broader reflection of the society we live in through contemporary literature. There’s still a huge bias towards certain types of book and I feel our literary culture is poorer for it. With so many fascinating people in this country and so many stories from the margins worth listening to, it’s a crime that at the moment our books only tell a fraction of the narratives of modern Britain.” (The List, July 2012)

From its infamously brash title onwards, her first novel Tony Hogan Bought Me An Ice-Cream Float Before He Stole My Ma (2012) attempted to do just that. The book tells the story of Janie Ryan, the energetic young heroine of the story and latest in a long line of Aberdeen “fishwives to the marrow, always ready to fight” with both language and fists. From the moment her ma’s Iris’s painful labour hurls her into existence in a hail of expletives on the first page, hers is a picaresque tale conducted at a frenetic pace as her world becomes one of constant movement between Iris’s various lovers and between seedy social housing in far-flung areas of England and Scotland (‘Options for Moving On’, their euphemistic name for their discussions with social services, might have made a similarly wry title for the novel). Traumatic experiences in a radically unsettled world are all communicated with good-natured deadpan black humour.

As Hudson has said of the novels of Doyle, Tony Hogan drips “with tar-black humour and cracking dialogue”. In addition to truly convincing vernacular dialogue, it is Jane’s remarkably vivid physical descriptions and manner of capturing the joys of her enlarging perception that become the highlight. Anger is described a “temper snake in my belly eating through anything nice.” London is riven by “worms twisting blindly in dirt, moving around each other as though they each knew where the other would step before they’d decided themselves.” Of a tender moment with her mother, Janie records how “I took everything she said stored it away in the slots of my ribs and when we lay in the big bed at night tucked into each other, a set of Russian dolls, each protecting the other”

Janie’s joy in her own emerging eloquence is perhaps the most compelling strand of the book, as Hudson dramatises her discovery of words “as though someone had snuck in at night and placed them on my tongue.” Later on in school Janie “salt-and-peppered my essay with commas and they behaved like they’d never seen one before and carted me off, there and then, to the top set.” As she finds refuge in the “bubbles” of peace she discovers in libraries, the book becomes a stirring account of a love affair with the power and self-improvement made possible by language.

By Hudson’s own admission, much of this is familiar territory for a certain kind of outspoken British “council estate” novel. The tired comparisons with Doyle and Welsh aside, a number of more recent British landmark novels also provide interesting comparisons. The portrayal of Scots adrift amidst the twilight coach station world of an outcast London will prompt some to think of Ross Raisin’s Waterline (2011), with which Tony Hogan shares a muted and searching lyricism. A more immediate companion piece is fellow Scot Jenni Fagan’s The Panopticon (2012), which bears a striking resemblance to Hudson’s, with its savagely articulate Scottish teenage protagonist tearing through life and social housing in a hail of four-letter words.

Interestingly, the sudden endings of both Fagan and Hudson’s stories leave charismatic but insecure protagonists in uneasy similarly positions. In both, we get young women on the verge of confrontation with the exhilarations and dangers of Paris and London, and we are left with a melancholy dread that they might not be equal to the challenges that lie ahead.

Tony Hogan manages to be a bleak novel that nonetheless nurtures a glimmer of hope that can’t be extinguished. Towards the end, the reader’s greatest fear may well be that the darkest outcome – that Janie will become worn down into the cycle of abuse and poverty that befell her mother Irish – is perhaps inevitable. Some will be unsatisfied, then, that the ending of Tony Hogan raises as many questions as it answers. Hudson leaves the reader on an uneasy and unresolved note of hope, as Janie’s takes refuge in figurative language in the book’s final lines, thinking about “the road unfurled ahead of me, a shining grey ribbon full of possibility.”

Though some have seen the book as uneven in its execution, at its best Tony Hogan is a fluent and powerful first book. Critical response has been largely positive. In the Financial Times, David Evans praised the book as a “fine, eloquent debut … full of warmth and bittersweet humour, and Hudson showcases an inventive turn of phrase that lifts this above your usual misery-lit.” Similarly, the Observer’s Lettie Ransley overcame fears that the novel would “slip into the well-worn groove of the misery memoir made good,” and praised it as an important book “as undespairing as it is unflinching, [that] manages to be both a personal statement of intent and also a painfully funny, humane commentary on a welfare system that blunts the blade of grinding poverty but fails to address the numbing poverty of aspiration”. To Jenn Ashworth in the Guardian, the book survives a “technically wobbly start” and a sagging third act, and “resolves itself into an urgent” and strident work that “avoids the usual sentimental clichés and gives us, without a shred of hipster cynicism, the hope and tough warmth for which she has such a sharp eye.”

For many, the novels’ charm and strength lay in its naturalness. In fact, Hudson had said of the book that she “honestly thought the novel would never be published, which meant that each day I wrote with as much honesty as I could stand, as well as I was capable of, and with a blissful lack of self-consciousness.” Her many readers will hope that this honesty will carry over the novel she is currently completing, that she describes as  “the story of fragile love affair between a young Russian woman and a recovering alcoholic security guard set during two scorching summers in Hackney and Siberia” (Foyle’s, 2012)

Her growing numbers of admirers are hoping that this award-winning writer will continue to cultivate a distinctive and candid fictional voice, and continue to bring to life some of the more urgent and frequently forgotten narratives of modern Britain. 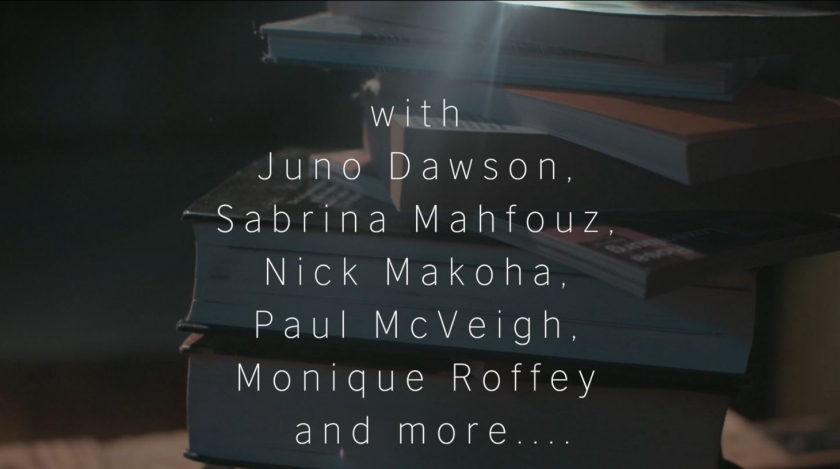