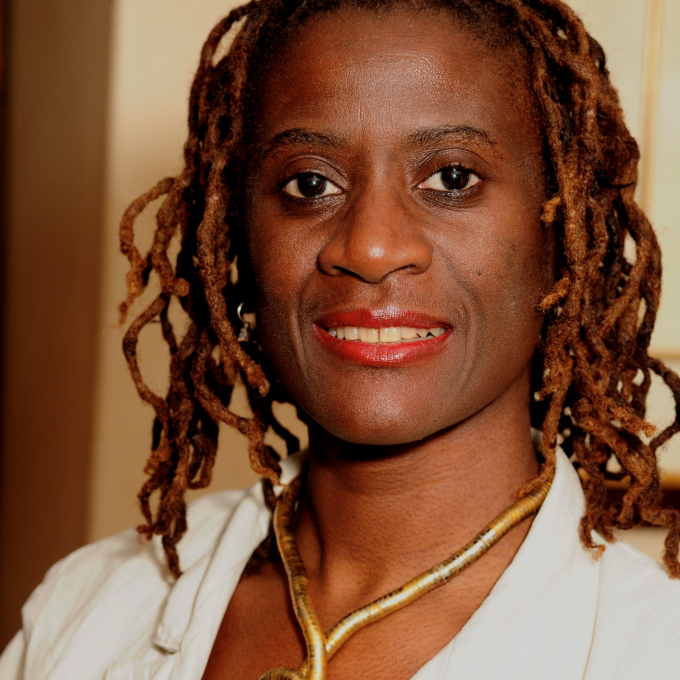 Kadija George is a literary activist, editor and publisher.

Of Sierra Leonean descent, she read West African studies at Birmingham University, then became a freelance journalist, specialising in black arts, black British Literature and women's issues. In the mid-1990s, she worked for the Centreprise Literature Development Project as the Black Literature Development Co-ordinator, and set up the newspaper, Calabash. She left there in 1998. In 2001, she became founder and managing editor of Sable magazine.

Kadija has edited anthologies of black writing, including Burning Words, Flaming Images (1996) - poems and stories from writers of African descent; IC3: the Penguin Book of New Black Writing in Britain (2000), co-edited with Courttia Newland; and Write Black, Write British (2005). She is also series editor for Inscribe, an imprint of Peepal Tree Press. Her first full collection of poems, Irki, was published in 2013.

She has worked on projects with adults and young people, including one for the Commission for Racial Equality, and has been Writer in Residence for Vision Quest in Atlanta, US. She organises The Sable Writers' Hot Spot - trips for writers abroad, and established Sable LitFest in 2005. She also teaches creative writing and journalism.

Her own writing appears in various anthologies and has been broadcast on radio and performed at a number of venues. She is a George Bell Fellow, Kennedy Center for Arts Management Fellow, and General Secretary of African Writers Abroad. She has won various awards for her work, including Cosmopolitan Woman of Achievement (1994), and Woman of the Millennium (2000).

Kadija George lives between the UK and the USA.

I spend more of my ‘writing’ time encouraging and motivating other people to write, than actually writing myself.  But that is okay … that is wonderfully okay … because in turn, their joy inspires and feeds my writing.  When I see others achieve, it excites me, and then, all of a sudden, (usually), whilst I’m travelling, whether in a vehicle or on foot, I’ll read something sad; hear a funny line, see something to make my mouth gape, and I’ll jot it down with whichever pen, eyeliner, mind marker comes first. It germinates and blossoms, and all on its own, turns itself into – some kind of writing.

@SABLELitMag Stop witness to atrocities from being sent to his death in Rwanda - Sign the Petition! https://t.co/n2ZmPN20TA via @UKChange
(10 days ago)