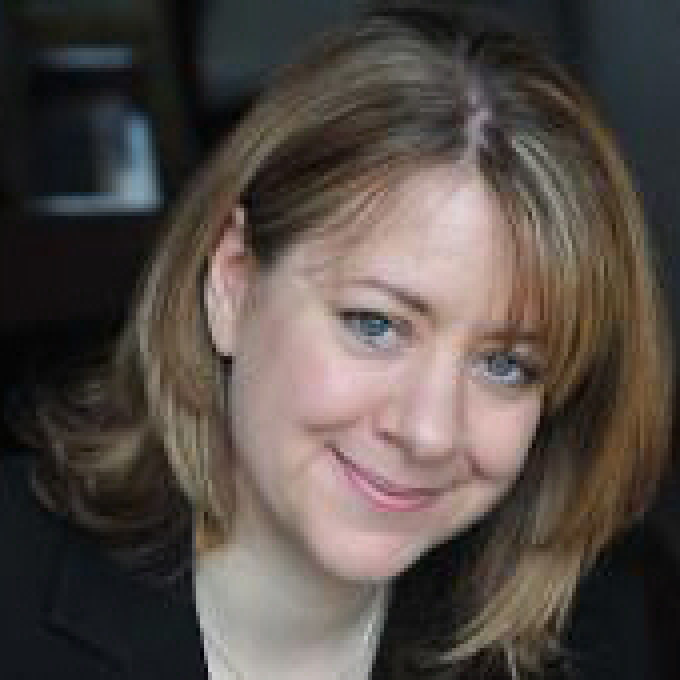 Julia Copus is a poet and radio dramatist.

She was born in London in 1969, and studied Latin at Durham University, winning an Eric Gregory Award for her poetry in 1994. In the same year a pamphlet, Walking in the Shadows, was published, this collection having been a winner in the Poetry Business competition. In 2002 she won the National Poetry Competition with her poem, 'Breaking the Rule'. Writing residencies have included the Borough of Blackburn-with-Darwen and Southampton Institute. From 2005-2008, she was Royal Literary Fund Fellow at Exeter University, and in January 2007, Poet in Residence at The Guardian. In 2003, she collaborated with sculptor Stephen Broadbent, and wrote a poem now inscribed on a bronze bench/sculpture in Fleming Square, Blackburn.

Her two collections of poetry, The Shuttered Eye (1995) and In Defence of Adultery (2003), were both Poetry Book Society Recommendations, and the former was shortlisted for the 1997 Forward Poetry Prize (Best First Collection).

In 2003, her radio play Eenie Meenie Macka Racka was broadcast by BBC Radio 4 and won the 2002 BBC Alfred Bradley Bursary Award. Her latest play is The Enormous Radio, based on a short story by John Cheever, and broadcast in 2008.

Julia Copus is an experienced writing teacher and workshop leader, and teaches regularly for the Arvon Foundation. She is an Honorary Fellow at the University of Exeter English Department and an Advisory Fellow for the Royal Literary Fund. In 2009, her book, Brilliant Writing Tips for Students, was published, and in 2010 she won the Forward Poetry Prize (Best Single Poem) for her poem, 'An Easy Passage'.

In 2010, she collaborated on The Landlord's Cat, writing the words for a songbook for children, set to music by her brother, Antony Copus. She then wrote two other books for children, featuring the characters Harry the Hog and Candy Stripe Lil Hog in the Fog (2014) and The Hog, the Shrew and the Hullabaloo (2015).

In 2011, her series of short poems for radio, Ghost Lines, about her experience of IVF treatment, was broadcast on BBC Radio 3 and was shortlisted for the 2012 Ted Hughes Award for New Work in Poetry.

Her third collection of poetry, The World's Two Smallest Humans, was published in 2012.

In the memorable title poem of Julia Copus’ second collection, In Defence of Adultery (2003), the poet states that ‘We don’t fall in love’; rather, ‘it rises through us / the way that certain music does’.

The poem’s narrator posits love as something involuntary – like ‘spilt tea that inches up / the […] gaps inside a cube of sugar’ – a spontaneous, demanding and uncontrollable power that treats its ‘victims’ like ‘mere vessels’, instructing them as if ‘an autocrat / that won’t be disobeyed’. As well as making for a musical, wryly witty and deftly conversational lyric, the poem’s addressing of intense feeling from both metaphysical and coolly scientific angles exemplifies many of the winsome strengths of Copus’ poetry. In its focusing on emotional concerns but also, as Carrie Etter noted in a review of the collection in the Times Literary Supplement, ‘problems of perception, causation and narrative’, it is also thematically typical of much of Copus’ work to date. Her poetry revels in exploring the complex flux of the world as we variously experience it: bringing an exacting eye, taut rhythms and often vivid language to our subjectively skewed perspectives.

Copus’ first collection of poems, The Shuttered Eye (1995), was published shortly after her winning an Eric Gregory Award in 1994. Perhaps unsurprisingly, its blend of mythology and fairytale with often personal and familial accounts of love, grief and the vicissitudes of everyday life invited comparisons with Sylvia Plath: a poet whose intense imagery, vibrant use of language and sharp eye for domestic minutiae Copus has clearly learnt from. In the narrative poem ‘Orange’, for instance, a man returning home from work to find his wife and children gone enters ‘a house / where the dark has splintered / in through every crack; broken / and entered’; a room in which ‘the clock ticks / loudly, like a heart in shock’ and ‘blood bangs in his chest’. But Copus is a skilled poet, and these vivid, atmospheric lines are tempered and juxtaposed with a conversational, everyday idiom, matter-of-factly describing how the desperate husband ‘calls friends, neighbours, the police; / even the woman from the choral / society with orange hair. / Everyone’s out. Nobody’s talking’. This productive mixture of lyrical intensity with down-to-earth demotic language in fact suggests the influence of Movement poets such as Philip Larkin and Thom Gunn, though by combining this influence with the Plathean language and broad allusions dotted throughout the collection (titles include ‘The Making of Eve’, ‘Little Red-Cap’, ‘Miss Havisham’s Letter’ and ‘Proserpina’s Lover’, to name just a few), Copus achieves a subtle originality of voice.

Aside from its distinctiveness, maturity and range, however, what makes The Shuttered Eye a particularly striking début is the fact that it contains poems written in a poetic form of Copus own invention: the specular. Taking their name from the Latin for mirror (speculum), these often startling poems entail a second half that literally reflects the first, using the same lines but in reverse order. Writing in the Poetry Book Society Bulletin, Copus herself has described how the form is ‘an attempt to echo the cyclic (as opposed to linear) way in which the mind remembers trauma’; the desired effect ‘slow-burning rather than pyrotechnic’. Of two such poems included in The Shuttered Eye, then, ‘Bomb’ and ‘In the Back Seat of My Mother’s Car’, the latter is most fully accomplished, capturing a child’s powerless experience of marital break-up in impressively charged, cinematic snapshots: ‘the roar of the engine drowning [her father’s] voice, / with the cool slick glass between [them]’. Like much of Copus’ work, the poem adroitly communicates the emotions of the narrator, while the echoed, and thus heightened, imagery also succeeds in convincingly evoking childhood memories and drawing the reader into the poem’s scene: the reader is addressed throughout as the second-person ‘you’ of the girl’s father, ‘mouthing something I still remember’. In its depth, lucidity and hard-won effortlessness, it is a notably ambitious poem to have appeared in a young poet’s first book, and one which has since seen many of Copus’ contemporaries attempt their own poems in the rewarding and demanding specular form.

Copus’ second collection, In Defence of Adultery, appeared in 2003. Given that a number of poems in The Shuttered Eye explore human relationships and the wider world from a scientific slant with often careful, microscopic scrutiny, it is perhaps unsurprising that this second book fuses the ordered chaos of scientific enquiry with the unpredictable emotions and existential crises of the human condition, sometimes to startling effect. The collection’s provocative title is somewhat misleading, then, suggesting as it does less measured, level-headed and thoughtful poems than Copus deserves credit for; what John Sears, in his review of the collection in PopMatters, described as ‘meditations upon the trivial details and grand designs’ of our lives and relationships. Rather, the collection is best understood through its telling division into two sections, ‘Fission and Fusion’ and ‘Astronomy and Perception’, and the epigraphs from Louis MacNeice, Stephen Hawking and Lewis Carroll’s Alice in Wonderland which preface them. These serve to signal the fundamental chaos and uncertainty that govern the lives we lead and the world we inhabit – from the ‘brute reality [that] there is no / Road that is right entirely’, to the ‘dark stuff’ that ‘makes up between 90 and 99 percent of the universe’ – concerns which lie at the heart of the collection.

Despite their collective focus and thematic overlap, however, the poems in In Defence of Adultery nonetheless showcase a relatively broad range of subject matter and style. On the one hand, for instance, vignettes such as ‘Essence’ and ‘Hymn to All the Men I’ll Never Love’ dart towards their emphatic conclusions: the latter a praise song to those men who allow ‘breakfasts [to] be eaten, Lord, appointments / kept, and letters left to lie’, the former demanding straightforwardness and simplicity: ‘the epigram, not the epic, / the Guiding Principles, [and] the Rule of Three’. On the other hand, poems like ‘Lamb’s Electronic Antibiotic’ (a suggestive, tentative depiction of the poet’s father inventing a machine called the Biogun that, in generating a stream of electrically charged air, may ‘wipe out diseases of the skin’), and the rather obviously Elizabeth Bishop-inspired ‘Deskscape’ (rendering the writer’s workspace an alien hinterland where ‘the surface is all cracks, like the parched / mud of a river-bed’) instead ruminate on the wide-reaching significance of their subjects, leaving the reader to formulate their own conclusions.

In 2002, ‘Breaking the Rule’, perhaps Copus’ most accomplished poem to date, won first prize in the National Poetry Competition. It makes for a cryptically rewarding read, exploring the nuanced complexities of communication and the decisions that shape a life in its elegant depiction of a medieval illuminator’s work, where ‘every face // takes on the features of a face I’ve known / and every angel’s face beneath the shadow / of its many-coloured wings is hers alone’. In an interview following the win, Copus described her work as ‘all about flux and the urgent need to keep moving, whatever the direction’. Indeed, the final poem of In Defence of Adultery, ‘Chicken-script’, neatly closes a collection that both uncovers and embraces the pleasures that exist in our lives’ many journeys, as opposed to their uncertain and often illusory ends: ‘the past  […] a vivarium / with a ticket on the fence / of each exhibit’ which, though it may hold for a time, ‘like any other fence / is at the mercy / of the elements’.

In fact, the delight in flux and willingness to change that Copus’ poetry so often urges the reader towards are those very qualities which ensure her poems themselves rarely stagnate; suggesting that her future work will make for equally challenging and surprising reading, while no doubt still viewing, as the poet Maura Dooley has commented, ‘some of the most turbulent moments in life through a sharp, clear lens’.

@JuliaCopus @msamykey Don't fight it! It's delightful. x
(1 months ago)

@JuliaCopus RT @kimmoorepoet: Online launch of my second poetry collection #AllTheMenINeverMarried will be hosted by @Litfest I'm reading alongside the…
(1 months ago)

@JuliaCopus I believe J R-M set up his own tax-efficient investment fund in 2018 in DUBLIN, so that it could go on operating… https://t.co/mRHTifOh8g
(1 months ago)