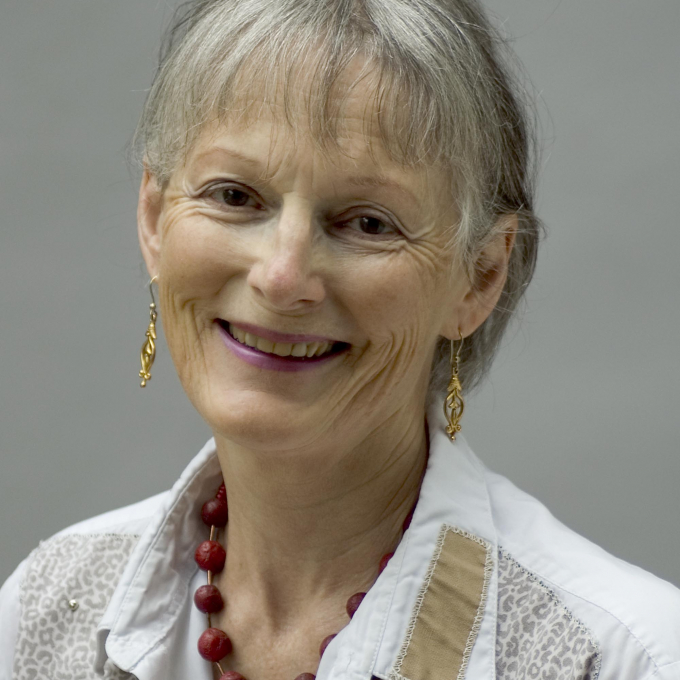 Judith Kazantzis was born in 1940 and grew up in East Sussex. She studied history, and then lived for many years in London and the US, returning to live in East Sussex.

Over 35 years, her poems and short stories have appeared in many magazines, newspapers and anthologies, and she has taught and performed her work internationally. She has reviewed poetry and fiction in literary magazines such as London Magazine, Poetry Review, Wasafiri and Banipal.

Judith Kazantzis is also the author of a recent novel, Of Love and Terror (2002), a three-generation story of women in love and war, ranging from London to Central America. She has published short stories in magazines ranging from London Magazine and Critical Quarterly to Serpents Tail anthologies.

She was Royal Literary Fund Fellow at the University of Sussex from 2005-06, and in 2007 received the Cholmondeley Award for her poetry.

Although some of her poems catapult into playful flights of mythological fantasy, Judith Kazantzis’s work is regularly marked by its frankness about the poet’s own life and the human condition in general.

Her poetic career charts the progress and occasional pitfalls of motherhood, the foibles of romantic love and ageing, with a comforting directness, as in the typically inventive and evocative ‘The Mary Stanford Disaster’:

‘This is the story I tried to tell you in August
and failed, that difficult white week
when the children splashed and swam
in the mouth of the Rother, in the harbour,
and I struggled down too, a lame mermaid,
and overweight, but the only grown woman
to take on the no of the quick strong current.’
(Just After Midnight, 2004)

For a long time Kazantzis has had strong ties to Key West, Florida, and this and other far-flung locations are significant to her work. As the above quotation might serve to indicate, Kazantzis has both a gift for vivid descriptions of places, and explorations of her sometimes uneasy responses to those places. And of all countries other than her native England, America is a creative muse, a place she finds alluring and bemusing in turn. ‘Watching American TV’, for example, focuses on the all-too-American figure of the televangelist, ‘still at the mike / an hour later’ and leaving ‘yours / truly amazed’. Kazantzis is always an observant poet of the people and the natural world she encounters, but the USA remains a pervading fascination for the strangeness – and beauty – of so much of its natural environment, as much as for anything else:

‘Not sea, breaking high and red over Utah,
washboard of faults and stresses
you and I can pound and pound at …’
(‘Capitol Reef’, Just After Midnight)

Here, perhaps further from the sea than at any other point in her life, the poet’s sense of wonder is palpable, and she invites us to share in it.

This is a poet with a strong international political conscience, and no trepidation about writing poems in support of her beliefs and against perceived injustices. Her anger at perceived atrocities committed by the Israeli Army finds voice in the unapologetically unsubtle ‘Song of the Bulldozers’, from Just After Midnight:

‘We are the diggers of Jenin,
we dig and then we bury things.
Like sofas, fridges, golden rings,
terrorists and little girls.
See how the wicked cripple hurls
Himself before us down the drains …’

This irony through tightly gritted teeth – the juxtaposition of ‘terrorists and little girls’, for example – is reminiscent of the outrage that gushes from some of Tony Harrison’s more recent poetry about the Iraq War; but whereas Harrison points a finger directly at the horrors and injustices of indiscriminate destruction, Kazantzis filters her outrage through the perpetrator, or a representative of the perpetrator, of the injustice. In ‘Song of the Bulldozers’ there is an emphasis, salient because of the speaker’s (or speakers’) callous neglect, on the powerlessness of the victims: we have no concrete reason to believe that the ‘cripple’ is wicked, and indeed all that we really know about him or her is that he or she lacks the physical strength to fully act on whatever is in them that is ‘wicked’. The speaker, on the other hand – a personified bulldozer, standing metonymically for the IDF – is manifestly powerful, reaching

‘through walls for dads and mums,
compacting them to kingdom come
or Paradise if they insist.’

As for whether the poem’s speaker is wicked or stands for wickedness, the poet leaves her readers to draw their own conclusions, though the anger and sense of irony is bristling.

Similarly bitter (and topical) is ‘Finally: Ethiopia’, from Flame Tree (1988), a poem that suggests the end of a radio news bulletin and the subsequent segue to another programme. In the context of a news broadcast, the phrase ‘And finally’ tends to prefigure a light-hearted or relatively trivial story, which this most certainly is not:

‘people arriving in their thousands
many of them on the verge of death.
Heavy rain throughout today
but with bright intervals.
That’s the news and weather
at ten past nine.’

The ultimate ironic twist is delivered with the introduction of the next programme, which is to be about the composer Dvořák, whose work reflects ‘the sufferings of generations // yet also acceptance’. What connects – and separates – the final news story and this programme about a compassionate composer lurks like the proverbial elephant in the room.

Kazantzis’s parents were the influential socialists and writers, Lord Frank and Lady Elizabeth Longford, and in many ways this poet clearly shares her parents’ desire for social reform. Many of her poems deal with contemporary international concerns, but Kazantzis is anything but blind to abuses of power and perceived social injustices closer to home. A certain divisive British Prime Minister had just won her second general election when Kazantzis wrote ‘A thatcher’ (Let’s Pretend, 1984). In ages past, that word stood for one who ‘took folks from the wind’ and ‘sheltered people / from the rain’. But times have changed:

‘Now a thatcher exposes the dwellers,
rips off the roof in the skinning wind,
hurls down the roof on the dwellers,
who for cover snatch at the straws
the roof-maker rains
on their rainwashed heads ruthlessly ...’

This Thatcher instigates ‘war’ on the ‘dwellers’, leaving us to face up to what it means to live in this ‘inhuman country’ full of the ruined and those blind to the plight of the ruined.

Lord and Lady Longford both died in the first few years of the present century, and Just After Midnight (2004) contains a handful of elegies, including the title poem and the alluring ‘All I Have Not Seen’. This poem is somewhat reminiscent of some of the clergyman-poet R.S. Thomas’s elegies for his wife, in that seeing or thinking about birds leads naturally to a tender reminiscence of the ‘dear and the departed’:

‘When the seagulls scream around the house
at half past five
and the two collared doves sit cooing or cawing
on the telephone pole
plumped comfortably
not far from my window, on the miniscule peak,
then I think of the souls of the dear and the departed,
of yours in fact …’

Birds have often featured prominently in Kazantzis’s work as harbingers of a period of contemplation, such as in ‘acquaintance’ from her first collection Minefield (1977), which finds the poet ‘watching birds / behind the tractor shed’. But in ‘All I Have Not Seen’, the birds evoke a sense of finality. The doves do not represent or bring the poet in touch with the Holy Ghost or the spirits of the departed, only her memories of the departed. Whatever her subject, Kazantzis remains tender, humanitarian, and all the while unflinchingly honest.

I began to write to remedy the despair of a young housebound mother. I had written poetry as a teenager and then history texts after university, but now I lacked language, language for my own feelings. I happened on Plath’s  poem ‘The Disquieting Muses’ - line after line she was saying it, the thing I could not - and that unlocked my own tongue. I read two extraordinary women poets: Plath and Ann Sexton. Then other women writers, old and new. They became my way in to thousands, millions, of other equally radicalised women. For a time I truly felt what Wordsworth describes in 'The Prelude': ‘Bliss was it then to be alive’. Later I reviewed for Britain’s first feminist magazine, Spare Rib, then Virago published my Let’s Pretend. It came out with books by Alison Fell and Grace Nichols, both writers of remarkable feminist poems. I had already worked with two other wonderful writers, Michèle Roberts and Michelene Wandor, in Touch Papers. Women poets brought me to poetry and women poets taught me to value what I wrote.    In the Thatcher '80s, half living in the US, I came to new politics and new landscapes. Ten years after my introverted first book, Minefield, I  was writing a long poetic protest describing a genocidal war against the Guatamalan Mayans. The US itself brought forth both wonder and satire. So both poetry and fiction continues: to be a gadfly poet against injustice; often obliquely, by myth satirically retold - see my impertinent The Odysseus poems. More intimate, my own dreams and sorrows.  Last, fascination with our natural world. Words fly out of the night, and time follows the flightpath of that nightbird. To forget everything for the word; once more to try to frame an image of our irresistibly yearning human self.

@LitBritish RT @RSLiterature: Work in literature? Join @WritersCentre to explore the impact of 2020 and the future of the literature scene. W. @wordsof…
(1 days ago)