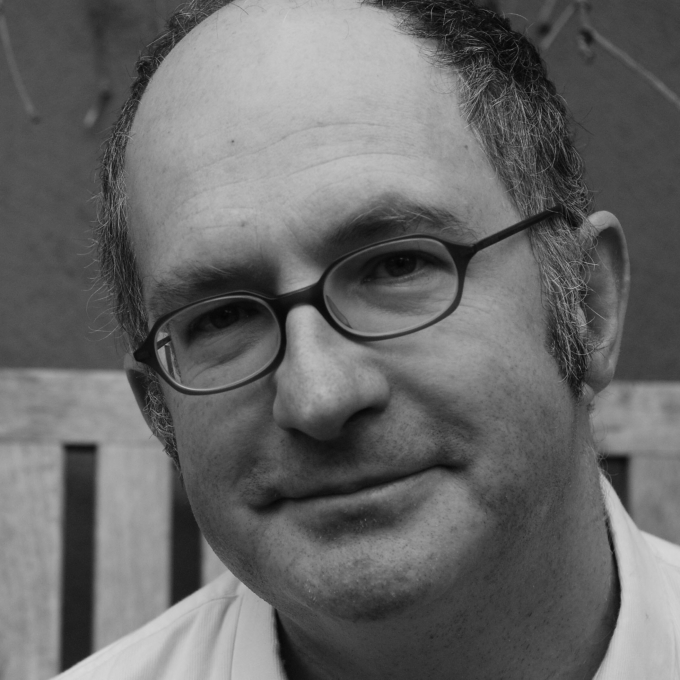 John Lanchester was born in Hamburg in 1962.

He grew up in the Far East, but was educated in England. A former editor at the publishers Penguin, he is a member of the editorial board of the London Review of Books, and is a regular contributor to several newspapers and magazines, including Granta, the New Yorker and The Observer, for whom he was restaurant critic, and the Daily Telegraph, for whom he writes a weekly column. His first novel, the highly acclaimed The Debt to Pleasure (1996), is the erudite and unorthodox autobiography of sinister gourmet Tarquin Winot. It won the Whitbread First Novel Award, the Betty Trask Prize, the Hawthornden Prize, and an American prize, the Julia Child Award for 'literary food writing'. The novel has been translated into 20 languages.

His second book, the novel Mr Phillips (2000), is an interior monologue narrating the inner thoughts and fantasies of a redundant 50-year-old accountant. Fragrant Harbour (2002), set in Hong Kong, was shortlisted for the James Tait Black Memorial Prize (for fiction).

John Lanchester's most recent works are a book of memoir, Family Romance (2007); three books of non-fiction Whoops! Why Everyone Owes Everyone and No One Can Pay (2010), What We Talk About When We Talk About the Tube: The District Line (2013) and How to Speak Money: What the Money People Say-And What It Really Means (2014); and the novel Capital (2012).

Lanchester was immediately recognised as a great talent with the appearance of The Debt to Pleasure, which won him the Whitbread First Novel award in 1996.

It's a black comedy - very black and very funny). Appropriately Lanchester, who had been a restaurant critic for a number of years (for The Observer), chose to begin his fiction-writing career with what is indisputably one of the language's great food books. The book's narrator is himself a food writer, yet as he says in his very first sentence, his 'is not a conventional cookbook'. But oh, the food... No book, 'conventional cookbook' or otherwise, will ever make your mouth water like this one. Everything about The Debt to Pleasure is slightly quirky and macabre; but the book is as nothing compared to its twisted, fascinating narrator, a man who (like his narrative) is quite off-kilter and more than a little unsettling, but who is likewise seductive to his reader - clever, funny and charming. In a macabre, twisted and vicious sort of way, of course. In The Debt to Pleasure, Lanchester thrust onto the novel-reading public a narrator who was offensively arrogant, pompous, irritatingly wordy and a serial killer to boot; but rarely has his reader more relished the tale being told.

Tarquin Winot is, like his creator, broadly and deeply erudite, and wears his erudition on his sleeve, and in his prose, and anywhere else it might best be seen by an admiring world. No chance to drop in a classical allusion is passed up, no opportunity to pass unfavourable judgement missed. He doesn't use a single phrase when a sprawling sentence-ramble-diatribe will do (clearly neither Tarquin nor Lanchester is afraid of language, which makes this first novel all the bolder), yet Lanchester's skill is such that these torrents of Tarquin's self-indulgent prose are pure pleasure to read. There is one sentence in particular, which lasts fully two pages, and which is a true marvel of pace and style.

Through the book Tarquin wanders down through France discoursing generally about himself and food (two favourite topics), sharing with us his favourite recipes appropriate for each of the seasons in turn, and stories about minor characters he appears to have murdered. How can you not like someone like that? At least, I think he has murdered them, but it's so hard to be sure...Reading The Debt to Pleasure is, at times literally, a spine-tingling experience. The whole brilliant book is peppered with the most understated hints that all may not be as it seems, all may not be quiet, meditative and pastoral on the Continent - and yet however many hints are dropped, we can't quite believe what we're reading. Surely he can't mean that?

In 2000 Lanchester followed this up with a very different book, Mr Phillips(2000), another extraordinary variation on an ordinary tale. This is a rather less ambitious, less audacious book and one in a very different tradition to The Debt to Pleasure (if The Debt to Pleasure can be seen as fitting into a tradition at all...). Instead it is a sort of one-day diary of a nobody, following a day in the life of Mr Phillips (a sort of 1990s Mr Pooter), an accountant who lives, with Mrs Phillips naturally, on Wellesley Crescent, west London, just under the Heathrow flight path. He likes numbers, he likes balance sheets, and he likes to set himself little mental arithmetic challenges to help him to get through the day. Mr (Victor) Phillips may be a remarkably ordinary person - depressing, dull - but on this day odder-than-usual things happen to him. Mr Phillips has lost his job, but has not yet summoned up the nerve to tell Mrs Phillips. So from the moment he sets off, ostensibly for work, on Monday morning, until his return home that evening, Lanchester throws him into situations which normally only befall people in TV drama, and sometimes not even then. Among these are a bank robbery which gives him the opportunity to (sort of) save the life of desirable TV star Clarissa Colingford, a brain-storming session with a pornographer in Battersea Park, witnessing an extraordinary seduction scene upstairs on a double-decker bus, and so on. This may be an extraordinary day, but there's nothing glamorous about it - it's just seedy, and embarrassing.

Like his precursor Mr Pooter, Mr Phillips is an Everyman - and Lanchester's achievement, like Grossmith's, is to have created one who manages to be remarkable while being so. But you can't help miss the cynicism and prejudice and venom (metaphorical and literal) of our old friend the homicidal gastronome. If Mr Phillips is less successful than its predecessor is, it may be due to this third-person narrative which never quite manages to rise out of the ordinary with the sparks that Tarquin's very vocabulary is able to. Where the hero of The Debt to Pleasure was offensive in almost every way, and yet seductive and compelling, Mr Phillips is emphatically inoffensive, and of almost no interest or appeal at all. Tarquin may be objectionable, perhaps evil, but readers would rather spend their time with a 'somebody' like that than with another 'nobody' any day. Hence the feelings of complicit elation Lanchester is able to foment in his readers as he approaches the end of The Debt to Pleasure, so different from the flatness of the close of Mr Phillips (whose ending should, after all, properly be optimistic). The second book may be an attempt at breaking out of the distinctive mould set by the first, and a valiant attempt, no doubt; but the genius of the first is no less remarkable for it.

2014
How to Speak Money: What the Money People Say-And What It Really Means
2013
What We Talk About When We Talk About The Tube: The District Line
2012
Capital
2010
Whoops! Why Everyone Owes Everyone and No One Can Pay
2007
Family Romance
2002
Fragrant Harbour
2000
Mr Phillips
1996
The Debt to Pleasure

@HowToSpeakMoney @timhayward I couldn't stop myself (the excuse of many a financial crook...) That was my sister-in-law's mutton you were lugging btw.
(6 years ago)

@HowToSpeakMoney 22 June 1996: the last (also only) time England have ever won a match in knockout phase of Euros. Even that was on penalties. #ENGICE
(6 years ago)

@HowToSpeakMoney We had fed the heart on fantasies, The heart's grown brutal from the fare; More substance in our enmities Than in our love. Yeats
(6 years ago)