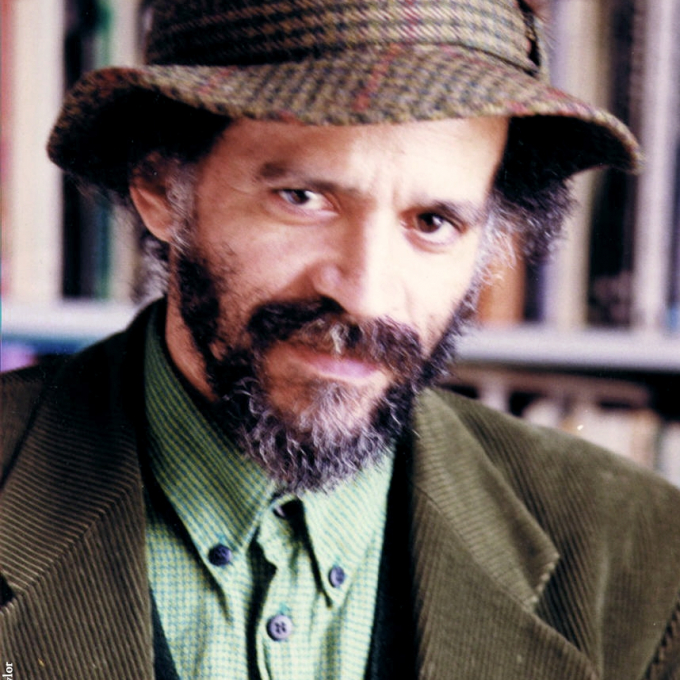 He worked for the Guyana Sunday Chronicle newspaper as sub-editor and feature writer before moving to England in 1977, where he became a touring lecturer for the Commonwealth Institute, travelling to schools throughout the UK to promote a better understanding of Caribbean culture. In 1993 he was appointed Writer in Residence at the Southbank Centre, London, and became Poet in Residence at the BBC in London, an appointment created as part of a scheme run by the Poetry Society. He also played a key role in the 'Windrush' season of programmes in 1998. He won the Paul Hamlyn Award for Poetry in 1997 and has travelled extensively throughout the world performing his poetry. His published poetry includes Man to Pan (1982), winner of the Casa de las Américas Prize, Limbo Dancer in Dark Glasses (1983), Mangoes and Bullets: Selected and New Poems 1972-84 (1985) and Weblines (2000). He is also the author of many children's books, including Lend Me Your Wings (1987), shortlisted for the Nestlé Smarties Book Prize, and Hello New!: New Poems for a New Century (2000), named by the Poetry Society as a Children's Poetry Bookshelf Best Anthology. He has contributed to, and edited, several anthologies, including The Penguin Book of Caribbean Verse (1986), and is also co-editor of A Caribbean Dozen (1994) with his partner, the poet Grace Nichols, with whom he also co-wrote No Hickory, No Dickory, No Dock in 1991. Their latest collaboration is Full Moon Night in Silk Cotton Tree Village (2016).

John Agard lives in south-east England. His poetry collection We Brits (2006) was shortlisted for the 2007 British Book Awards Decibel Writer of the Year award, and The Young Inferno (2008), a poetic reworking of Dante's Inferno for young people, won the 2009 CLPE Poetry Award. His latest poetry collection for adults is The Coming of the Little Green Man (2017). A further Selected Poems, Alternative Anthem, was published in 2009.

Now a longstanding feature on the National Curriculum, it is a typically energetic Agard poem that, combined with his flamboyant and inimitable performance style, has helped to make his work hugely popular among schoolchildren from across the country. But Agard is a varied and ambitious writer, and as well as books for children, he has published many poetry collections for adults, addressing such varied subject matters as race, ethnicity, morality, ancient mythology, the literary canon, academia and recent technological advancement. In their blend of puckish wit, social observation and playful humour, these poems often revel in disrupting the establishment and accepted opinion; they run the stylistic gamut from freewheeling, grammarless performance pieces to traditional metered and rhymed forms, as well as mixing ‘straight’ English with the Caribbean Creole of Agard’s own cultural background.

Born in Guyana in 1949, John Agard moved to Britain in 1977. A prize-winning collection of poems, Man To Pan, appeared in 1982, introducing a poetry of unusual imagination that drew deeply from the Caribbean, while adopting the leitmotif of Pan as a symbol of cultural heritage and unity. This central theme gestures to both the Caribbean steelpan drums of calypso and the Greek prefix meaning ‘all’ or ‘of everything’, as well as to the Greek god of nature and rejuvenation. But the collection is more than merely celebratory, and also mines the dark history of slavery that lies behind Caribbean cultures. ‘Pan Recipe’, for example, describes "bring[ing] memories to boil" and "add[ing] pinch of pain / to rain of rage", imagining the Caribbean’s history boiling like a viscous broth over a fire, "watch[ing] fever grow // till energy burst / with rhythm thirst". Man to Pan was swiftly followed by Limbo Dancer in Dark Glasses (1983), where the distinctly Caribbean tradition of limbo is explored in a sequence of often anaphoric poems which trace the dance back to the slave ships, while also firmly locating limbo within the contemporary world. In ‘Limbo Dancer at Immigration’, for instance, the authorities "look limbo dancer up & down / scrutinising passport with a frown", noting his "COUNTRY OF ORIGIN: SLAVESHIP", while in ‘Rainbow’, the poet imagines that rain clouds passing under a rainbow "is God doing limbo".

Mangoes and Bullets, a collection of this early work with new poems, was published in 1985. It contains poems that remain among Agard’s most widely-known, including the riotous rhymes of ‘Listen Mr Oxford don’ ("I don't need no hammer / to mash up yu grammar") and the long poem ‘English Girl Eats Her First Mango’, revealing a lush and vividly sensual side to Agard’s poetry:

Mangoes and Bullets also includes ‘Palm Tree King’, a poem which encapsulates many of the admirable qualities of Agard’s early work. This piece, in its blend of inventive rhyme with loose, grammarless lines, a fun-poking, humorous tone, and serious musings on Caribbean tradition and history, subtly invites the reader into a consideration of the culturally unfamiliar and so succeeds, as Peter Forbes has stated of Agard’s work more generally, in "help[ing] to make Caribbean culture accessible to a wide audience". For Agard, this audience includes children and teenagers as much as adults. Between Mangoes and Bullets and the publication of his next volume of poems, Lovelines to a Goat-Born Lady (1990), several collections of his own poems for children and those which he has edited appeared, including the Smarties Book Prize-shortlisted Lend Me Your Wings (1987), Life Doesn’t Frighten Me At All (1989) and Laughter is an Egg (1990).

In fact, before the appearance of From the Devil’s Pulpit (1997), his first poetry collection to be published by Bloodaxe Books, Agard’s array of children’s books grew further still, combining his storytelling panache and mischievous brand of humour with a sharp eye for the issues of modern life, not to mention his understanding of a young mind’s questions and interests. These range from the more mature themes of self-identity (Get Back, Pimple!, 1996) and ecological concerns (We Animals Would Like a Word With You, 1996), to introductions for youngsters to life’s big questions (Why is the Sky?, 1996) and the world of shapes and geometry (Come Back To Me, My Boomerang, 2001); the latter including a clever dialogue poem between a circle and a square on their uniquely respective qualities.

Weblines, Agard’s second book with Bloodaxe, appeared in 2000. Following on from his thematic collection From the Devil’s Pulpit – a meditation on the devil as a necessary evil and creatively anarchic power, in poems which fuse modern life with artistic and religious symbolism – Weblines demonstrates a move from pseudo-parable to fable, in a sequence of poems on the spider trickster god, Anansi. Rooted in the oral tradition of West Africa and the Carribean, Anansi is (perhaps surprisingly) an apt character through which to view the diversity and plurality of the modern era, and Agard puts the shapeshifter to good use in poems exploring subjects such as national identity, capitalism, gender and – no doubt finding the metaphor of ‘the web’ hard to resist – the internet. In one poem, Agard even has the spider god doing ‘Nansi Airobics’: "spin and weave / bend those kness // spiral torso / low as limbo // tangle limbs / in webs of vertigo // the dance ends / when your thread runs out".

Among Agard’s most recent collections of poems are We Brits (2006) and Clever Backbone (2009), between which he completed The Young Inferno (2008), a highly accessible and distinctly contemporary version of Dante’s Inferno for young readers, with illustrations from Satoshi Kitamura. We Brits returns to Agard’s early interest in simultaneously celebrating and unpicking British culture via his position as both insider and outsider, mixing cricket, English Lit., rhododendrons and the ‘stiff upper lip’ with gently subversive thoughts on celebrated (and not so celebrated) Britons, including William Wordsworth, Charles Darwin, Enoch Powell and Shakespeare. As Jeremy Noel-Tod remarked in a review in The Guardian, however, "Agard’s new couplets [often seem] about as revolutionary as Betjeman’s", and one begins to crave the grammatical mash-ups and genuine excitement of Agard’s early poems over this comparatively watered-down work. Similarly, in the more recent Clever Backbone, what promises to be a series of mischievous and satirical poems on Darwinian evolution is somewhat compromised by the demands of tightly rhymed and metered sonnet forms, delivering a handful of witty and stimulating pieces, but also much thematic and stylistic repetition. Luckily, Clever Backbone is published alongside the substantial Alternative Anthem (2009), a rich selection of Agard’s best poems for adults and children to date. Including a live CD of the poet performing his work, it is this broad Selected Poems which confirms Agard as an important and – at his best – uniquely inventive talent, "rich in literary and cultural allusion", as Helen Dunmore has commented of his work, "yet as direct as a voice in the bus queue".