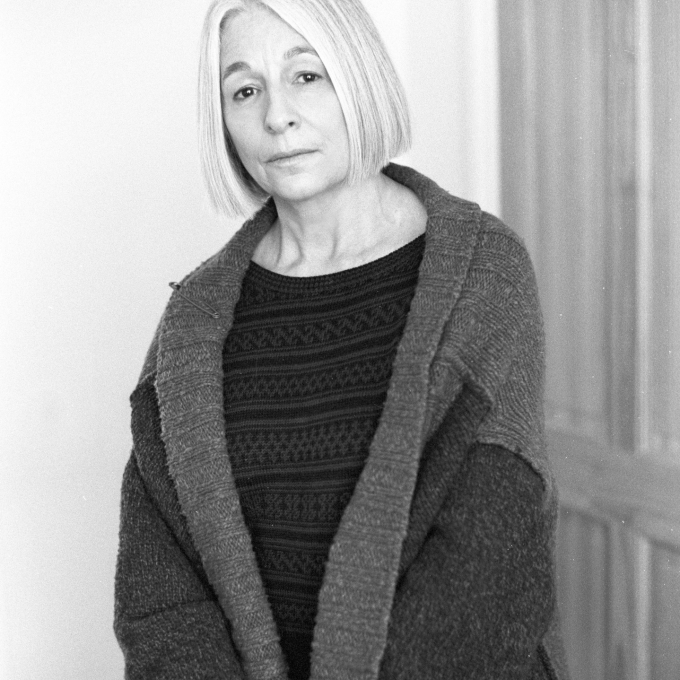 She was educated at University College, London, and worked as a teacher during the 1970s and early 1980s. She is a regular contributor to The Observer and the London Review of Books.

Her first novel, Nothing Natural, the story of a single parent locked in an abusive relationship, was published in 1986 (reissued 2003). Subsequent novels include Rainforest (1987), in which a female anthropologist is shocked by her discoveries about human nature; Then Again (1990), a complex narrative exploring the life of a persecuted Jewish girl living in fourteenth-century Poland; Happily Ever After (1991), the story of the relationship between an eccentric old woman and her landlord, a middle-aged alcoholic; and The Dream Mistress (1996), set in contemporary London, about three women whose stories are loosely connected: Mimi, Leah - the mother who abandoned her -and Bella, a tramp who Mimi saves at the beginning of the novel. The Vanishing Princess (1995) is a collection of short stories.She published a volume of autobiography, Skating to Antarctica, in 1997, which was shortlisted for the Jewish Quarterly Literary Prize for Non-Fiction, and a book of essays, Don't, in 1998. Jenny Diski is also the author of two television plays, A Fair and Easy Passage, written for Channel 4 television, and The Ultimate Object of Desire. Stranger on a Train: Daydreaming and Smoking around America with Interruptions (2002), a travelogue narrating a railway journey around the United States, is the winner of the 2003 Thomas Cook Travel Book Award. A View from the Bed (2003) is a compendium of essays and literary reviews. Her novel, Only Human: A Comedy (2000), reworks the biblical story of Abraham and Sarah told in Genesis, chapters 11 to 22, and After These Things (2004) continues the story, centring on the relationship between Abraham's son Isaac and Isaac's son Jacob. Her non-fiction book, On Trying to Keep Still, was published in 2006.

Jenny Diski lives in Cambridge. Her latest books are the novel Apology for the Woman Working (2008) and the works of non-fiction The Sixties (2009) and What I Don't Know About Animals (2012).

If any contemporary novelist deserves the tag ‘original’, that novelist is Jenny Diski.

In a market where, increasingly, authors are encouraged to be reader-friendly, it is heartening to see Diski pursue themes that make for a difficult, troubling yet fascinating read: depression, madness, sado-masochism, and chaos. In what is probably her most well-known work, the autobiographical Skating to Antarctica (1997), Diski writes of her longing to escape from activity, to be surrounded by a white nothingness. Where so many novels celebrate energy and life, Diski writes of the longing not to exist, never to have been born.

Diski’s first novel, Nothing Natural (1986) could be described as Bridget Jones’s Diary turned upside down, as we are introduced to the life of a single woman in London in a realist framework. The novel is admirable for its combination of readability and sexual politics: her protagonist finds herself deriving pleasure from a sado-masochistic relationship, later experiences a breakdown, and finally traps her lover into raping her. Diski stakes out a brave position, which led, not surprisingly, to some attack from the feminist movement.

Rainforest (1987) is essentially a philosophical novel about the tension between order and chaos. A contrast is set up between the order of the Western academic life, seen through the lead character Mo, who works by ‘mapping’, and the disordered organic world of the forest. Mo’s attempts to impose a system on this fails, and she, like her predecessor in Nothing Natural, experiences a breakdown; the novel is a metaphor for (among other things) the clash between repression and sexuality. Diski’s choice of unusual subject matter continues in Like Mother (1989), where the narrator is a baby without a brain. The narrator in the later Only Human: A Comedy (2000) is God, who here becomes involved in a jealous, triangular relationship with the Old Testament’s Abraham and Sarah. The novel is postmodern in its reworking of ancient myth, here giving Sarah a voice the Bible denied her, and also in its debunking of the idea of God as a voice of unchallengeable authority.

It is a mark of Diski’s novelistic ability that her two strongest works are highly different, while being united by the central figure of a disturbed, intelligent woman. Monkey’s Uncle (1994) is Diski’s most complex and ambitious novel, containing three narrative lines: the realist rendering of Charlotte Fitzroy’s breakdown after the death of her daughter and the failure of Marxism; her dream access to the life and parallel breakdown of apparent ancestor Robert Fitzroy, in the face of his failure to impose religion and ‘order’ on the island of Tierra del Fuegio; and a succession of gloriously hallucinatory scenes where, tetchily accompanied by Jenny, an orang-utan in a flowery dress and hat, Charlotte meets Marx, Darwin and Freud. These representatives of masculine discourse and systematization are reduced to very petty ‘only humans’ squabbling in a rowing boat: Charlotte has the power, in her dream, to control this new world.  The polyvocality of the novel shows a distrust of absolutes, but also a concomitant terror in the face of relativism. A sophisticated postmodern meditation on human agency, Monkey’s Uncle is also a joyous book, and the fantasy world (deliberately echoing Alice in Wonderland) in which the ‘dream’ Charlotte lives in seems to suggest that madness is a very worthwhile substitute for reality: the close sees Charlotte abandon her family to live life by the sea, in a place not dissimilar to one she visited with her hat-wearing orang-utan.

The title of Apology for the Woman Writing (2008) is partly ironic, for its heroine Marie de Gournay, the amanuensis of Montaigne and already excavated by feminist critics, is both sympathised with and viewed with dark amusement. Diski’s first historical novel, it is uncluttered by period detail and focuses instead on the drama of Marie’s infatuation with the writer. Rather than playing to easy politics, Diski shows us Marie both as an intellectual before her time, powerless and misunderstood, and through the eyes of Montaigne: for him, she is alarming and hysterical. The real achievement is the manner in which Diski maintains sympathy and detachment for Marie, making her failed attempts at success pathetic yet not unhumorous. A fascinating extra layer is added by the depiction of the covertly lesbian relationship between Marie and her maid as the women grow old. While admitting in an Author’s Note that the relationship has no basis in fact, it develops the idea of love between intellectuals and their followers, writers and their readers, which overlaps with Patricia Duncker’s Hallucinating Foucault (1996). And, to keep a vein of sweetness, Diski has a cat play a part in the circle of devotion.

The warmth of Apology for the Woman Writing is a stark contrast to much of Diski’s writing, which shows life as pointless, something at best to be endured, at worst something that should never have happened, as Charlotte believes frequently in Monkey’s Uncle. Yet the narratives show forward movement, even if that movement is towards breakdown, and in Skating to Antarctica the empty whiteness around Diski is accompanied by some resolution in her traumatic memories. As a young woman, Jenny Diski was ‘adopted’ by Doris Lessing; although she does not discuss this time, Diski’s portrayal of the intricate consciousnesses of thinking women links the two, although Diski is in fact a more elegant stylist than Lessing; the style is spare and precise, mirroring the detachment and coldness of many of her heroines and fictional environments. The fact that she has not won, nor been nominated for, any major literary prizes, and is not the focus of much scholarly attention, is both great pity and a plus point, for it shows that Jenny Diski carves her own path.

@diski @mitzipark I'm replying for Jenny, who can't today. It's very likely, as she lived near there for many years.
(5 years ago)

@diski RT @dianjo: @diski and insights with others. I've loved all your books and your unique style. Thanks so much for all the words... Very be…
(5 years ago) 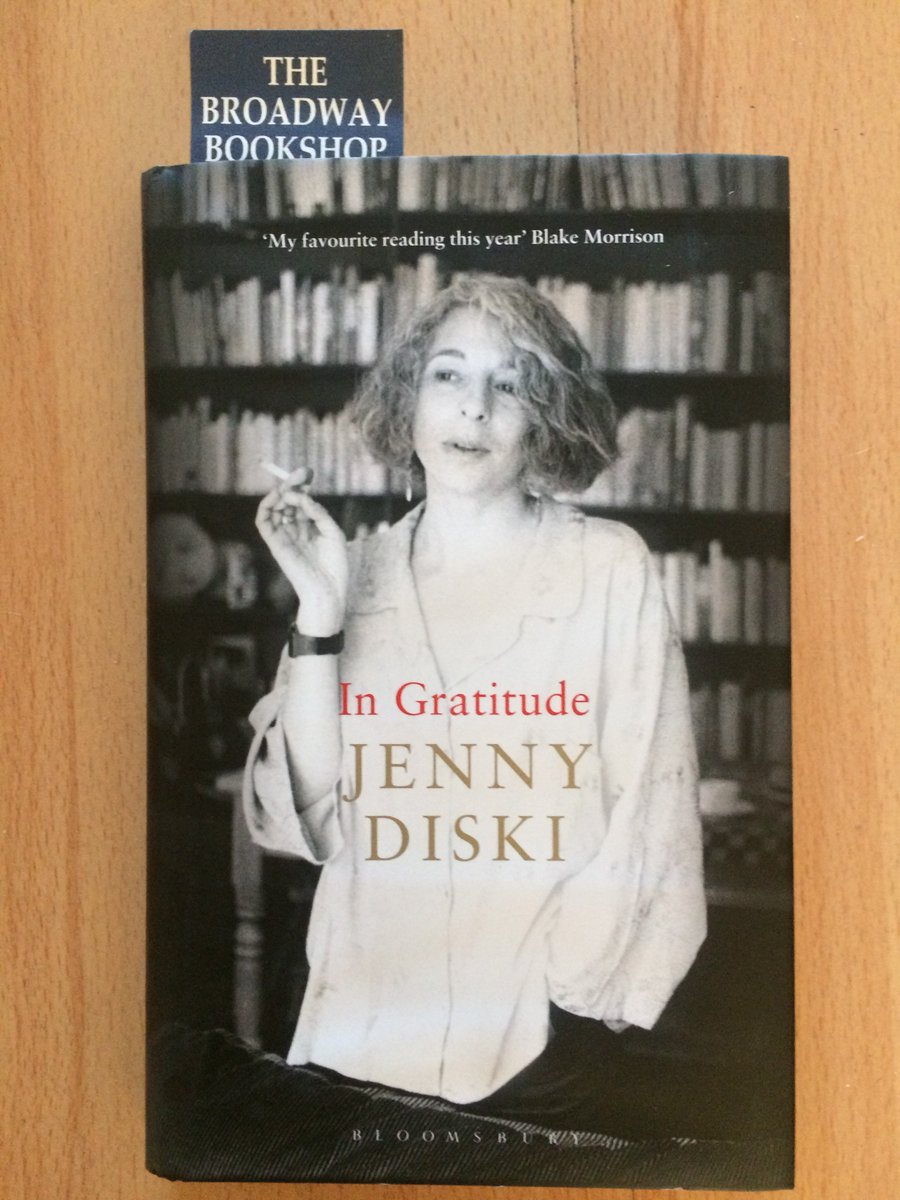