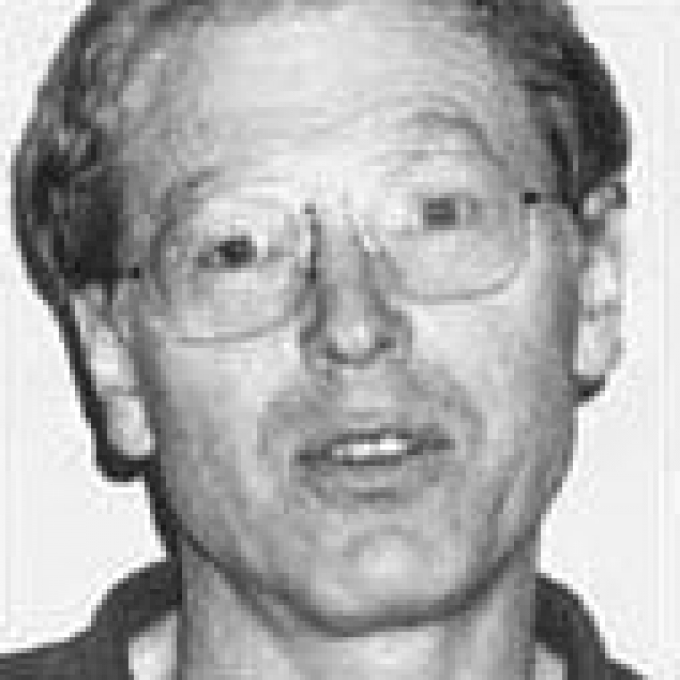 He taught at the University of Wales and in New York, and was Professor of Poetry and Creative Writing at the Manchester Metropolitan University until his retirement in 2008. He has translated French drama for the Royal Shakespeare Company and BBC Radio and has been northern theatre critic for The Independent.

Jeffrey Wainwright has published six collections of poetry, including Clarity or Death! (2008) and The Reasoner (2012). His poems have also been included in many magazines and anthologies, including The Penguin Book of Contemporary British Poetry (1982) and The Firebox: Poetry in Britain and Ireland after 1945 (1998).

Writing in 1994, Jeffrey Wainwright remarked that poetry now has ‘the opportunity to combine so many different aspects of experience, knowledge and ways of speaking, and to mix them ….

It offers the jostle of our minds – perhaps some philosophy, a child’s bedtime story, fragments of geology and evolution, a bit of argot, verbal playfulness, a sound, a dream – all bearing the impression of the language about us’. As this suggests, Wainwright is a poet of intellectual complexity, moral and political concerns, and writes in the modernist tradition. He is also a theatre critic and a fine translator of French poetry and drama, notably his adaptation of Charles Peguy’s The Mystery of the Charity of Joan of Arc, which was performed at Stratford-upon-Avon during 1984. The Red Headed Pupil and Other Poems (1994) concludes with a lively version of Baudelaire’s love-hate lyric ‘A celle qui est trop gaie’: ‘When you dress, colour meets colours and halts / Amazed, each shade beating one / Upon another, taffeta silk and chiffon - / You make flowers, the poet says, waltz’.

One might think of Wainwright as being akin to Tony Harrison, especially the latter’s poem V, both being northern poets of the same generation, but their poetic methods and the traditions they value are rather different. By Wainwright’s own account, he ‘fell in love’ with Ezra Pound’s ‘bracing, purgative and aggressively masculine rhetoric’ as well as his beautiful cadences, studied with Geoffrey Hill, and started publishing poems in Jon Silkin’s Stand magazine. Wainwright is ‘a political poet who aims at an intensity usually thought of as religious’ (Sean O’Brien). His best-known work remains the ‘Thomas Muntzer’ sequence of dramatic lyrics, from his debut volume Heart’s Desire (1978), the interior monologue of the 16th-century German protestant leader of a peasant army as he experiences visions and imagines his own impending death: ‘And all because I speak and say: God made / All men free with his own blood shed’. Heart’s Desire was hailed by some critics as one of the finest collections of the 1970s; it also tersely imagines episodes from British history, achieving memorability and emotional impact by focusing upon events and their victims. ‘1815’, for instance, juxtaposes the Peterloo Massacre and the battle of Waterloo. The corpse of a mill girl is dragged out of a canal while, simultaneously, there are ‘no flies on Wellington’, and the dead ‘deep-chested rosy plough boys/ swell out of their uniforms’. ‘Three Poems on the Battle of Jutland 1916’ concludes sardonically as ‘The sea resumes impatiently / its measured swell. / Both sides claim victory’. The Events of 1968 Paris constitute a ‘Sentimental Education as ‘word of this revolution drifts to us’, with ‘Plumbers, flushed inelegant shopgirls / Ardent to be tearing up cobble stones’.

‘1815’, ‘Thomas Muntzer’ and ‘A Hymn to Liberty’ are experimental in form but readily accessible, and were rightly included in Blake Morrison and Andrew Motion’s influential Penguin Book of Contemporary British Poetry in 1982. By the time of The Red-Headed Pupil and Other Poems, consisting mainly of two 24-part sequences, his intellectual scope and complexity had expanded considerably, to weave together book sources, paintings, snatches of songs or poems (even a Disney movie), fragments of memory and autobiography. Its subjects are the mind and consciousness, considered from various angles in the title sequence, called ‘difficult but resonant’ by his publisher Michael Schmidt in Lives of the Poets (1998). It opens, as in ‘1815’, with a corpse being dragged from the water, and proceeds in 12 line sections, firstly to Dr. Tulp, a pathologist (taken from Rembrandt’s ‘The Anatomy Lesson’) who ‘unfolds the brain’, which is ‘more like an unravelled pullover / splashed with gloss and emulsion than hard-wiring’. Then the mind itself takes over as narrator: ‘I is the body’s dream, what it makes up / as it goes along. The brain cranks I out / inadvertently as it feels thirsty / and puts the kettle on’. A section of notes on sources enable one to follow its free-ranging allusiveness – to Shakespeare, Dante, Darwin, Richard Dawkins, ending up by quoting Wallace Stevens: ‘The search for reality is as momentous / as the search for God’.

‘The world – I mean the mind – is full of ghosts’, says one of the poems in his most recent collection, Out of the Air (1999). Elegy is the dominant mode, in a book that is much more accessible and emotional. The opening title poem summons up the memory of his father (‘Nearly every night I meet you / in the underworld of dreams’), his life becoming fragments of personality, incidents, favourite songs and ‘the amorphousness of air’. ‘Anne’s Shells’, written in memoriam of an archaeologist friend, is surely one of Wainwright’s most deeply-felt poems, which begins as an elegy and ends as a celebration of continuing life: ‘Nothing is better than to live – inter homines esse - / That is the synonym that stirs the ghosts to walk, / Makes the dead stretch out their thin arms to us / When we visit them’. It is probably the nearest Wainwright comes to traditional romanticism, exploring creatures of the natural world and identifying human lives with them. The meditation begins on the shoreline, scooping up and examining sea shells ‘self-assembled from the slosh we are’, and continues with bitter-sweet memories of family beach holidays (‘puffy, red and miserable, / All of us bitten to death’), and children swimming. The consolations of ordinary life are what the poem arrives at, ‘the ripple of all of ‘us’ … Inhabiting these moments like the clatter of dishes does, / And the horn practice just starting now along the street’.

Six ‘War Poems’ takes its epigraph (‘The dead are unhappy enough as they are. / Is it necessary to dedicate laments to them forever?’) from a comment by the pianist of Ravel’s Le Tombeau de Couperin – itself dedicated to the composer’s friends killed in the First World War. A ‘prelude’ for mouth organ is followed by the lament ‘No Harp Can Wake the Warrior’, and in ‘Personal Effects (O sole mio)’, a discarded condom in a military cemetery evokes the ‘splayed, parted or contorted boys / Who winked and grinned as well as died’. War and its victims have given Wainwright his most memorable subject matter throughout his poetry, and these ingeniously arranged ‘musical’ pieces bring an apt conclusion to his best work.