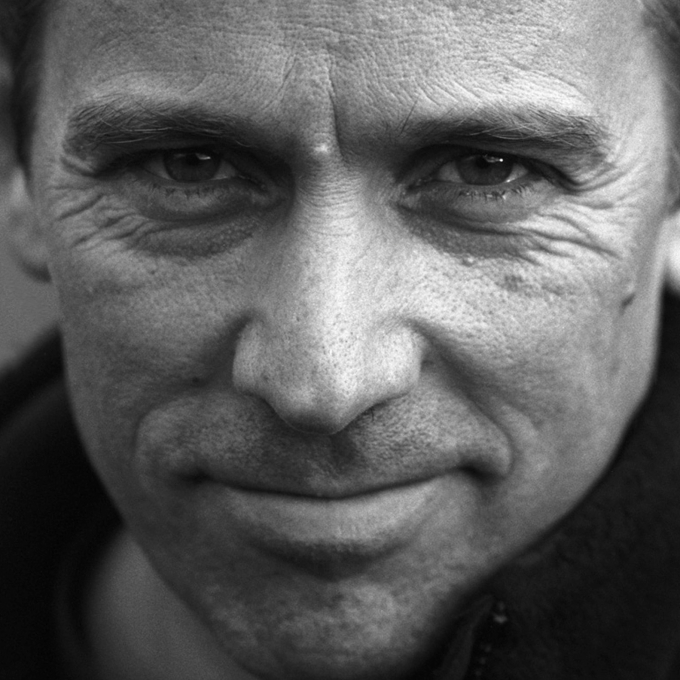 Jasper Fforde was born in 1961 and spent his early career in the film industry.

He is the author of several novels, which cross over genres, and are a mixture of fantasy, crime thriller, and humorous fiction. They are noted for their literary allusions, wordplay and tight plots. His series starring Thursday Next comprises of: The Eyre Affair (2001); Lost in a Good Book (2002); The Well of Lost Plots (2003); Something Rotten (2004); First Among Sequels (2007); One of Our Thursdays is Missing (2012) and The Woman Who Died a Lot (2012). A further series referred to as his 'Nursery Crimes' series, comprises of: The Big Over Easy (2005); and The Fourth Bear (2006), focussing on Goldilocks and the Three Bears. He uses the internet to add a different level to the books themselves (http://www.jasperfforde.com), and to talk with his fans online.

Shades of Grey (2009) is the first book in a new series, set in a world where social order and destiny are dictated by the colours you can see. The 'Last Dragonslayer' is a series of children's books made up of: The Last Dragonslayer (2010); The Song of the Quarkbeast (2011); and The Eye of Zoltar (2014). A fourth book in the series is currently in progress.

Jasper Fforde has won a Wodehouse prize for comic fiction, become an international bestselling author and is possessed of a style which seems tailor made for a passionate cult following.

A former focus puller in the film industry he began writing in his 30s and in the annals of tenacious authors must feature prominently: he was rejected no less than 76 times before publishing his debut novel. Since then Fforde has been extremely prolific, having written seven novels in seven years. There is an infectious vivacity and joy to his writing, which is perhaps one of the secrets of his appeal. His success might also be attributed to his refusal to establish a border between himself and his readers. His website is not only an enormous store of obscure bits and pieces concerning the minutiae of his universe, but also contains games, competitions and a lively forum. It all serves to push the idea that there is some corner of the universe that is forever Ffordian.

In 2001 The Eyre Affair introduced the world to the wilful Thursday Next, (a name typical of the author’s love of wordplay.) Thursday – who has also featured in Lost in a Good Book (2002), The Well of Lost Plots (2003), Something Rotten (2004), and First Among Sequels (2007) – is a Swindon-based literary detective or LiteraTec. She is unlike any other heroine (or hero) in fiction. Throughout the series she has a number of excellent adventures. She rescues characters kidnapped from great works of literature, marries a man who then falls out of existence, meets Miss Haversham and the Cheshire Cat, hides out in unpublished novels and investigates the premature demise of Sherlock Holmes. She also becomes a reluctant celebrity, a single mother, and pits her considerable wits against the shamelessly all-powerful Goliath Corporation, (a sort of Microsoft/News International hybrid.) Swindon, which in Mark Haddon’s The Curious Incident of the Dog in the Night-time is shorthand for a dreary, non-descript town, has never been so exhilarating. Indeed, it has repaid its debt to the author by naming some new roads after his characters and holding the first ever Jasper Fforde Festival.

As well as the 'Thursday Next' novels, Fforde has written two books in the 'Nursery Crime' series. The Big Over Easy (2005) and The Fourth Bear (2006) form the first two parts of what is to be a trilogy. DCI Jack Spratt and his sidekick Mary Mary live in the same skewed reality as that of Thursday Next. However, if the Next novels are twists on the fantasy quest, the 'Nursery Crime' books have great fun at the expense of police procedurals, and thrillers involving weird science and unexplained explosions. DCI Spratt works in Reading, investigating crimes related to characters from nursery rhymes: such as the murders of Goldilocks and Humpty Stuyvesant Van Dumpty III. Far from being the jaded alcoholic cop so beloved of crime fiction writers, he is an ebullient, capable officer whose professional life is made extremely difficult by the fact that his division is underfunded and understaffed. One of the most impressive aspects of the 'Nursery Crime' novels is that they feel as if they are set in an actual police station: it just so happens that a binary speaking alien called Ashley works there.

Like the 'Thursday Next' series, the Spratt novels are full of post-modern inventiveness, from their referencing of famous films in their titles to the Shrek-like delight in taking well-known characters and placing them in different contexts. In both series Fforde generates great empathy for his characters, something many a more ‘literary’ author fails to do. Thursday Next in particular is one of the most memorable creations of contemporary writing: feisty, straight-talking, and, although occupying a world of bizarre happenings, completely believable.

In all his books Fforde prefaces his chapters with an excerpt from invented biographies, works of social history and diaries. He also concludes each of his novels with a series of advertisements for various products from the stories. This adds to the playful charm of the books and serves to deepen the ‘reality’ of Fforde’s imaginary world. Never less than extraordinarily inventive, barely a paragraph of a Fforde novel goes by without the author throwing a new idea at the reader. Not all of them work. Those with an aversion to puns for instance may not appreciate Fforde’s tendency to rely so heavily on them. And while the dialogue is generally very strong, some of the jokes can fall flat. But for sheer imaginative chutzpah he is difficult to resist.

Fforde’s great achievement is to have imagined his alternative world with the attention to telling detail of a JK Rowling or Terry Pratchett. In the pages of his books the reader travels to a place where Dodos are kept as pets, the Crimean War never came to an end and Wales is a Socialist Republic. It is also a world in which books and stories not only matter but are central to life. People pay for Shakespearean soliloquies from WillSpeak vending machines, participate Rocky Horror Picture Show style in productions of Richard III, and invite figures from Greek mythology to enter their home as lodgers. There are holidays to the works of Jane Austen and the Gingerbreadman as sadistic serial killer.

Fforde’s novels occupy a space beyond the knee-jerk need to categorise. Given the author’s experience of working on films such as Goldeneye and The Mask of Zorro, it is perhaps no surprise that many see his novels as cinematic. They have the pace, cohesion and satisfyingly neat conclusions of well-made blockbusters. They are tightly plotted and have visual flair. Fforde has been compared to everyone from Monty Python to Douglas Adams, Charles Dickens and Lewis Carroll. While his unabashed silliness, complete lack of reverence towards any form of canonical tradition, casts of unusual characters, comic grotesquery, and twisting of the laws of physics and time, may bring all of these to mind, the simple fact should not be lost: Fforde is an original, wholly unlike anything readers will have encountered before. If you like the idea of a world in which Dorian Gray turns up as a dodgy used car salesman then you will appreciate Jasper Fforde’s work. That he is mischievous, hectic, manic, charming, eccentric, quirky and erudite is undeniable. But none of these words quite captures him. Then again, that might not be such a problem; if Fforde carries on like this he has every chance of entering the English language as an adjective.

@jasperfforde @morgonoth ‘The Green Dragon’ is a real hotel in Hereford where both books are partly set - in SofG it’s where the… https://t.co/PzDysP87gN
(1 months ago)

@jasperfforde @gayle_writing Thank you. I like The Rabbit Way too..
(1 months ago)