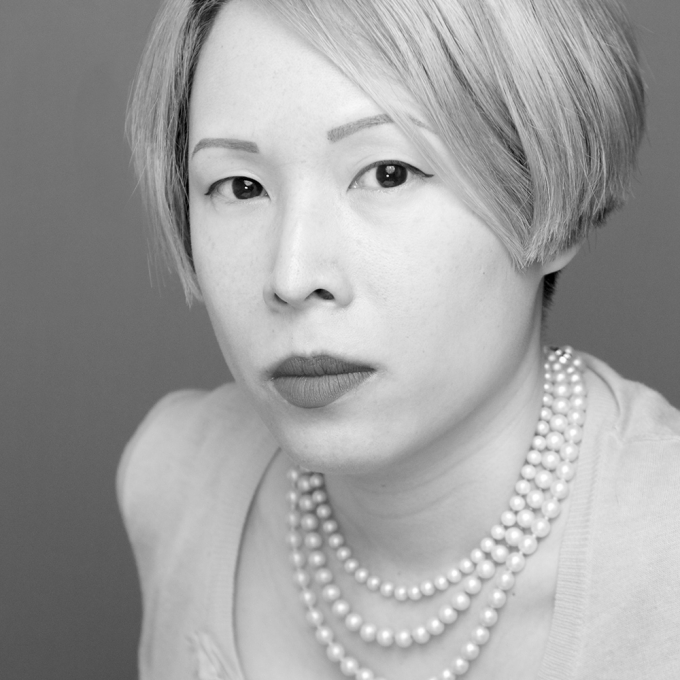 The poet Jane Yeh was born in New Jersey. She took her undergraduate degree at Harvard University, and has also earned Master’s degrees from the Iowa Writers’ Workshop and Manchester Metropolitan University.

A chapbook, Teen Spies, appeared in 2003 from Metre Editions. Marabou, her first full-length collection of poetry, was published by Carcanet in 2005. It was shortlisted for the Whitbread, Forward, and Aldeburgh Festival prizes. Her second collection, The Ninjas, was published by the same press in 2012. She was listed as a Next Generation Poet by the Poetry Book Society in their once-in-a-decade list in 2014, and has received a number of other awards including an Academy of American Poets Prize, a New York Foundation for the Arts Fellowship, and a residency at Yaddo.

Yeh is currently a Senior Lecturer in Creative Writing at Kingston University, and she teaches for the Arvon Foundation, a charity that runs residential writing courses and retreats in rural houses. She has written on a range of topics for publications including the TLS, Poetry Review, Time Out, and the Village Voice. She lives in London.

Jane Yeh started writing poems at the age of 14, and her precocious talent has since been channelled through a Harvard liberal arts degree and spells at the Iowa Writers’ Workshop and Manchester Metropolitan University. She wears her learning lightly; as much as her poetry is in many ways highly erudite and historically informed, it also gleefully traffics in transgressing the borders between high and low culture.

Yeh has suggested that her time at university, studying history and literature, was the crucible for her interest in writing diverse characters and poems that emerge irreverently and imaginatively from the past. ‘What’s important to me is trying to access the language of these characters, rather than trying to create ‘realistic’ simulacra’, she has commented. ‘Their language, and their situations, are much more interesting than my own.’ Such characters appear across the range of her poetry, and disclose hidden dimensions and layers in her own personality, as she has reflected: ‘The theme of performance runs through a lot of the poems - the idea that we all have multiple identities, that we present different faces or fronts to the world at different times, and that we can construct new identities, at least to some extent.’

2003 saw the release of a chapbook, Teen Spies, by Metre Editions, and Marabou, her first full-length collection of poetry, appeared from Carcanet two years later, attracting widespread attention. The citation for the Whitbread prize, for which the collection was shortlisted, described it as ‘technically agile, packed with sly humour and endlessly readable’, while noting that ‘it is hard to believe this is her first collection’. Writing for the Poetry Ireland Review, Aingeal Clare called the poems ‘witty and fresh, sexy and charismatic’. Marabou ‘cruises on quirkiness, youthful intensity, and a degree of slightly unsettling rage’, juxtaposing a deep knowledge of centuries-ago life with ‘spirited riffs on fashion and popular culture’.

Fashion is something of a motif for Yeh — one that does useful work structurally and linguistically as well as thematically. The account of her work for Poetry Archive shrewdly identifies how Yeh’s poems ‘seem to derive some of their formal properties from the architecture of clothing, often gravitating towards the analogies of constraint to be found there’. Marabou’s ‘Double Wedding, 1615’ features an extraordinary moment of material imagination, in which both the mechanical and sensual features of the human body are brought into an inventive alignment: ‘We are laced taut / As an archer's bow strung with catgut, a lean / And deadly spring to the touch. At each breath / Our stomachs press whalebone, seven bent fingers / Stiff as our own ribs and wrapped in linen, leaving / The fine print of their weave on our skin.’ Sarah Crown (Guardian) has observed that Yeh’s compositions are sometimes ‘difficult to penetrate: their surfaces, thick with puns, references and esoterica, deflect the eye’. Yet while ‘the weight of detail can sometimes leave the poems feeling overloaded’, the play of her imagination is as often strikingly witty as it is learned. ‘Yeh's range is Jacobean; comedy, tragedy and extravagance are all within reach; she is highly educated, doesn't pretend otherwise, but she remains entirely unforbidding.’

Yeh’s second collection, The Ninjas, followed in 2012. It has been warmly received by critics as an extension and elaboration of what made Marabou such a satisfying full-length debut. The tonal dexterity and variety, moving effortlessly from comedy to profundity (to name just two of its registers), are among its most impressive aspects. Judging the collection both ‘quirky and wise’, Aingeal Clare draws special attention to the ‘originality and poise’ of the writing. Edmund Prestwich (Acumen) calls Yeh a ‘brilliant technician’, identifying the ‘acute visual sensibility, the sensuousness of her descriptions, her gift for the creation of striking metaphors, her sensitive orchestration of sounds and the precision of her thought’ as ‘rich sources of pleasure for the reader’.

These technical gifts are deliberately and keenly cultivated. Yeh has emphasized the importance of studying and reading a wide range of different kinds of poetry as a means of finding new modes of expression, and providing a more expanded sense of ‘what you could do in a poem or what a poem could be’. ‘I love fiction and other forms of prose’, she has remarked, ‘but to me poetry is (in the old cliché) the most heightened form of language, even when it’s seemingly natural, colloquial, or casually assembled. Again, the complexity of a poem’s workings, compressed into a relatively small space, is what interests me in writing; short stories and novels don’t have the same density.’ The marriage of imaginative eccentricity with finely wrought craft has produced a body of work that is by turns ingenious and affecting.