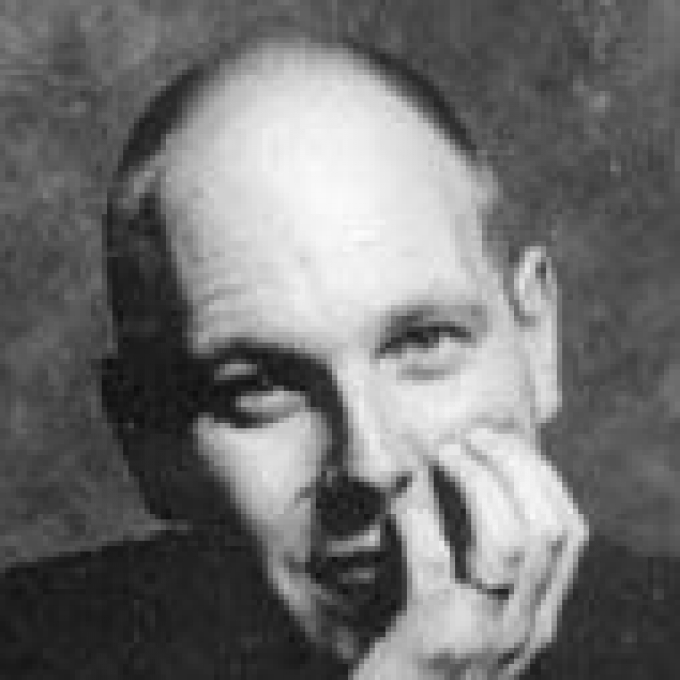 James Hawes was born in 1960 and grew up in Gloucestershire, Edinburgh and Shropshire.

After graduating from Hertford College, Oxford, he worked as an English teacher in Spain and as an archaeologist in Wales, then studied for a Ph.D. on Nietzsche and Kafka at University College London in 1987. He lectured in Ireland between 1989 and 1991 before teaching German at the University of Swansea.He is the author of six novels. The first, A White Merc With Fins (1996), tells the story of a bank robbery that goes wrong. It was followed by Rancid Aluminium (1997), a thriller featuring middle-aged film director Peter Thompson and his involvement with a sinister Russian businessman. The protagonists of Dead Long Enough (2000), Hawes' third novel, meet on the same night each year armed only with a toothbrush and some money, ready for adventure.  White Powder, Green Light (2002) is described by his publisher as 'a comic journey from the eccentricities of Wales to the unholy Soho movie-world'. His fifth novel Speak for England was published in 2005.

James Hawe's sixth novel, My Little Armalite, was published in 2008, which led The Guardian to remark: 'Hawes has developed into a prolifically inventive and increasingly subtle satirist'. His Kafka biography, Excavating Kafka (2008), caused outrage in Germany but was hailed (again in The Guardian) as 'this utterly brilliant and absolutely infuriating book ...'

His latest book is Englanders and Huns: how fifty years of enmity led to the First World War (2014).

In 2008, James Hawes also started as senior lecturer in Creative Writing at Oxford Brookes University. In 2012 he was promoted to Reader.

James Hawes has established himself over the last decade as one of Britain’s leading comic novelists.

Described by The Daily Telegraph as 'a poet of despair', and, since the publication of Speak for England (2005), his fifth novel, consecrated by The Guardian as satirist laureate, he has been compared with everyone from Tom Sharpe to Evelyn Waugh.  His debut, A White Merc With Fins (1996), involves a post-Reservoir Dogs bank heist, deliberately exaggerated characters and snappy dialogue but is, in essence, a tale of being and going nowhere. The narrator is a graduate and, like many who came of age in the 1990s, he is desperate not to fall into a career, whilst all the time worrying that he should become an accountant. The novel is fast, fun and funny, the characters endearing, the plot satisfyingly silly. It is extremely entertaining and strangely unforgettable. You might think from the cover and the opening pages that this is the fictional equivalent of a MacDonald’s - that there will be a momentary salt-filled sugar-rush high, followed by the feeling, not long afterwards, that perhaps we really shouldn’t have bothered - but that is not the case. Not only is the book possessed of an almost palpable exuberance, which makes the reading of it nothing less than a pleasure, but it is filled with quiet, memorable asides on all manner of subjects, from growing up to settling down to falling in love.

Rancid Aluminium (1997), a novel which includes Russian gangsters, part-time secret service agents and a protagonist obsessed with flossing his teeth, opens, after some Mafioso violence in the Russian market town of Otradny, with a traffic jam on the M25. There we find Peter Thompson defrauding his own company, frustrated by his wife’s desire to have children and in the midst of a developing infatuation with his secretary. Hawes builds and sustains the tension very adeptly, as Pete’s world crumbles and the Russian mafia find their way into every corner of his life. Rancid Aluminium was made into a film which failed to enthuse either audiences or critics. However, the experience gave Hawes material for his fourth novel, White Powder, Green Light (2002), a novel which takes the crime from the first two novels, and adds some cocaine and a group of annoyingly pompous Welsh media folk. As full of zest as his first two novels, White Powder, Green Light once move proves Hawes' unbelievable gift with pace. He tells his stories so fast that they threaten to run away from him, but somehow never do.

Dead Long Enough (2000), Hawes’ third novel, is, to my mind, his best. The story of a group of friends who meet each year to celebrity the birthday of one of their party, it examines the uncertainty of direction, the inevitability of decline, and the irritating clarity of hindsight. Ben, a friend of Harry’s, whose birthday the group celebrates, is 'haunted by the monstrous certainty of mortality.' The relentless tirade of his middle-aged angst, the miasma of worry and self-obsession, may irritate some, but there are so many sustained riffs on the culture and iniquity of 'this big, security-guarded shopping mall we call the Western world,' that Dead Long Enough is never less than insightful and intriguing. It is also filled with moments of genuine sadness. Much less frantic than Hawes’s first two novels, although by no means slow, Dead Long Enough has a real edge; a sense of desperation below the surface of things.

Speak for England (2005), his most recent novel, is something of a departure. Brian Marley, middle-aged, divorced and lost, teaches English as a Foreign Language. He has 'never risked his life for a friend, his heart for a woman, or his health for adventure.' Now it seem he is about to do all three, on Brit Pluck, Green Hell, Two Million, the ultimate reality TV show in which the contestants have to survive in a Papua New Guinea jungle. Marley wins the competition, but when the two helicopters that are supposed to bring him back crash, it seems he is doomed. He is abandoned in inhospitable jungle in the middle of the rainy season. But then, exhausted and near death, he quite literally falls into another world, discovering a community of people - the survivors of a Comet IV aircraft full of children which crashed in the 1950s. Led by a headmaster who is, of course, strict but fair, this micro-civilisation of public schoolboys and cricket and proud belief in Empire takes its lessons from The Book of Common Prayer and old Eagle annuals. It is some time before Brian realises he hasn’t died and gone to heaven. This is real and these people believe themselves to be amongst the first casualties of the Third World War. Hawes makes much of the clash of worlds, and some of the funniest moments in the novel are when Brian attempts to explain what has happened to the Old Country. Speak for England is an ingenious piece of work, and as enjoyable as anything Hawes has written.

Following the publication of A White Merc With Fins - a book packaged, labelled and pigeon-holed as a gaudy, throwaway thriller for what journalists were then calling, in a post-Trainspotting spasm of labelling need, the chemical generation, Hawes was dismissed by many. But he is more interesting than many have given him credit for. His work deals with those struggling to accept the imminent end of the 'long vacation of extended adolescence' (A White Merc With Fins), and he tackles the particular kind of decadent, existential misery from which the Western world has been suffering, to one degree or another, ever since the 1960s hippies stopped wearing flowers in their hair and instead began to fill their semi-detached properties with imitation ones from IKEA. Hawes deals squarely with ennui and purposelessness, perhaps not surprising from a writer whose PhD was on Kafka. His milieu is that of the lower middle-class, identity-less and ordinary, incapable of the tribal loyalties we like to subscribe to the truly working-class or the power and privilege of the envied upper class. Yet, for all this, his novels are full of immense verve, amusing neologisms and quotable one-liners. Hawes is bold, brassy and sassy, and is never less than entertaining.