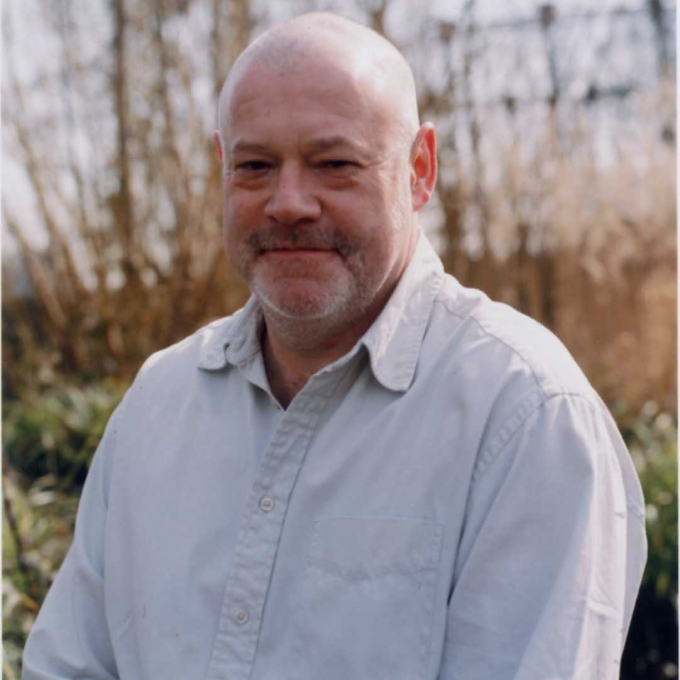 Ian Duhig was born in London. He has won the National Poetry Competition twice, and in 1994 was named as one of the Poetry Society's 'New Generation' Poets.

He worked for 15 years with homeless people, and has held Fellowships at Lancaster, Leeds, Durham and Newcastle Universities. He was the Northern Arts Literary Fellow in 2000 and the 2003 International Writer Fellow at Trinity College, Dublin.

He has also written libretti and musical adaptations, including Le Roman de Fauvel and Ludus Danielis. A stage play written with Rommi Smith, God Comes Home, was performed at West Yorkshire Playhouse in 2009.

Ian Duhig is a poet who ransacks all the dictionaries; like Dineen in his well-known poem ‘From the Irish’, he is ‘unsurpassed / in lexicographical enterprise’.

His work is extraordinarily diverse linguistically, ranging far and wide amongst world literatures, cultures and history – although predominantly, of course, British and Irish. Allied to this inherent diversity is his satirical bawdy wit, a subversive view of political authorities, religious orthodoxies and cultural chauvinism of all kinds. His poems are intellectually challenging, at times arcane, though often written in populist forms such as ballads, folksongs or rhyming quatrains. What has emerged over the course of his five collections to date, from The Bradford Count (1991) to The Speed of Dark (2007), is a much-acclaimed body of work animated by its joy in language, a truly irreverent comic spirit - and its own creative contradictions. While he is not a spectacular performer in public, his frequent readings – and off-the-cuff asides or explanations – are highly entertaining.

Duhig first came to prominence by winning the 1987 National Poetry Competition with the intellectual slapstick of his ‘Nineteen Hundred and Nineteen’, whose title alludes to W.B. Yeats’ iconic poem of Irish nationalism, only to debunk it. Giving voice to a transvestite Mexican revolutionary narrator, he drunkenly addresses Lenin then Freud (‘Jung was right – grow a beard, you think you’re Moses’). And finally Yeats himself: ‘Dear Willie, how’s the Vision? // Mine’s double, ha-ha’. Shit. Willie, I’m finished / in Mexico – it’s full of bigots. Ireland can’t be worse’. In some ways, this early poem set the pattern for his career, invoking the great traditions of Irish writing and culture, only to question and satirize them. Brendan Kennelly and Paul Durcan offered useful role models for him. But such traits no doubt also stemmed from Duhig’s own background, being born in London to an Irish Catholic Gaelic-speaking family. (He alludes to his ancestry in a tongue-in-cheek poem ‘Meet the Duhigs’, it being traced ‘back to soupers in the Famine’ as well as ‘the longest-serving Archbishop of Brisbane’). His literary influences are actually as much English as Irish; he has certainly picked up on W.H. Auden’s playful ballad forms, popular songs, and simple rhyme schemes, using them for political commentary.

In The Bradford Count we are given the thoughts of a wide variety of historical characters, from a Byzantine Archbishop to an Irish slave captured by Islamic pirates for whom ‘castration has been a good career move’. Edgar Allan Poe is recollected by his black drinking buddy; Tsar Ferdinand by his astrologer. There’s a good deal of ‘Oirishry’ and funny cracks in the manner of Flann O’Brien: '"Parnell", I told her, "Parnell. Rhymes with "carnal"'. ‘Fundamentals’ is one of Duhig’s most requested poems at readings, hilariously ironical, in which a Christian missionary tries to get his message across to Africans: ‘God loves you’ / does not mean what warriors do to spear-carriers on campaign’. Another provocative cross-cultural comedy takes place in ‘I’r Hen Iaith A’I Chaneuon’, when the poet visits in-laws in Wales and recites in a pub ‘one Irish prayer about a Welsh king’ (who, it turns out, is Henry VIII). ‘Margin Prayer from an Ancient Psalter’ gives voice to a medieval copyist who pleads with the Lord: ‘Get me re-assigned to something pagan/ with sex and perhaps gratuitous violence’.

The Lammas Hireling (2003) is perhaps his best collection. Its blend of border ballads, dark psychology and biting wit is often perfectly realized, while the mysterious title poem again won the National Poetry Competition. Duhig has remarked that ‘a significant part of the book’s imagery’ developed out of his Northern Arts Literary Fellowship, and it connects up the Northumbrian landscape to its religious heritage and folk traditions, in poems conjuring up the Lindisfarne Gospels, hare myths, kern babies, and mining disasters. It also alludes to the region’s violent past and present, such as the wry scene in which the poet decides whether to hire a movie, ‘The Vikings’, in ‘Ken’s Videos, Seahouses’: ‘Ken feels Northumbria, / Like Scorsese’s Raging Bull, cries out for black and white. // I see again my brother’s whole prison wing, a moving barcode / In the black-and-white striped shirts of Newcastle United’.

Duhig’s irreverence is given full rein in ‘A Dream of Wearing String Vests Forever’: ‘It is my ancestral tartan, / - ‘The Breakfasting Duhig’ - / Light as an aura massage / Or love’s gappy language’. The deceptively jaunty rhymes of ‘King’s Cross, Xmas 2000’ balances the comedy with more serious matters: ‘I’ve bought The Prophecies of Nostradamus / To see what he might say about my train / To make what sense I might make of his quatrains, / To try and make connections in my brain’. While waiting for the train, the poet puzzles out apparent allusions to Saddam and Global Warming: ‘I shifted when I read ‘a bovine plague’ / Would follow swiftly after waters rose …’. The concluding poems return to Irish subjects, but there is no comfort to be had from a ‘Traditional Irish Charm’: ‘I curse you to suffer with / Projectile diarrhoea’.

Introducing The Speed of Dark in the Poetry Book Society Bulletin, Duhig observed that its source in the 14th- century Roman de Fauvel nevertheless reflects ‘a deeply polarized world such as once again we inhabit’. His peculiar species of modernist medievalism aims at re-writing the text to give it contemporary political resonance. Thus references to the Crusades and the Antichrist go along with today’s Middle East situation. ‘Some of my poems stay close to the originals’, he remarked, ‘while others take off in new directions’. In the latter mode, he brings his wit to bear on issues opposed by ‘the current Pope’, American President (and, by implication, all other fundamentalists), such as gay marriage. So, in ‘Civilization’, he celebrates his friends’ civil union: ‘Bush claims ‘our fundamental institution’ / is somehow by your wedding under threat, / then seeks to tamper with the Constitution. / His Press Room echoes like a minaret’. The poet’s aim is to ‘stretch the metre of an antique song/ that your true rights may shine through my dull ink’. It ends with as resounding a libertarian declaration as appears anywhere in his work: ‘But if I lie, then Shakespeare couldn’t scan, / no woman woman loved, nor man loved man’. Ian Duhig’s poems continue to entertain us with their subversively witty and always highly literary purposes. 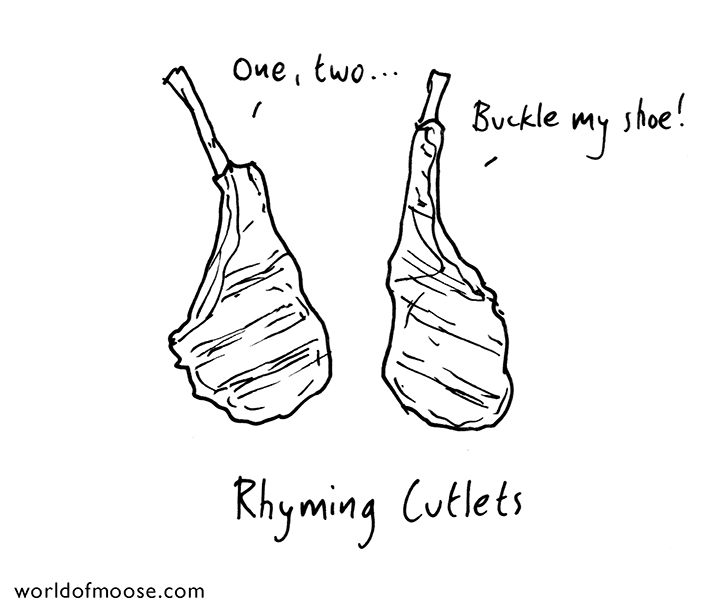 @ianduhig Later in his career, Gainsborough firmly discouraged his sitters from bringing their pets 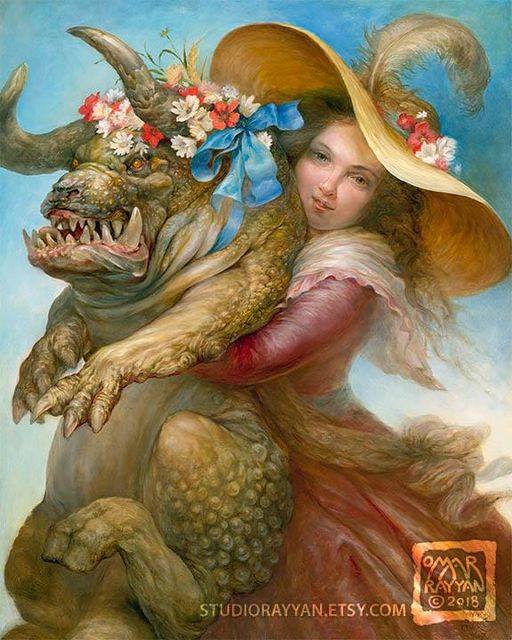