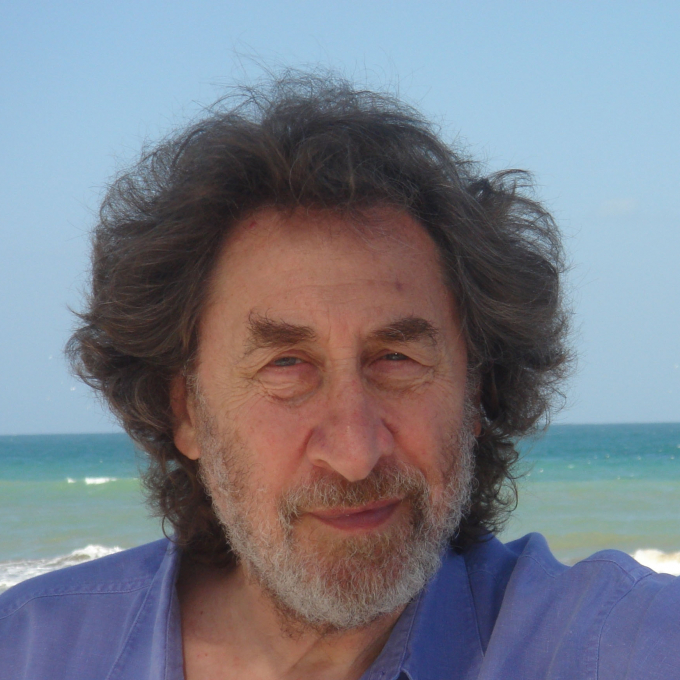 Born in Manchester, England in 1942, novelist and broadcaster Howard Jacobson was educated at Cambridge University. He lectured at the University of Sydney for three years before returning to England where he taught English at Selwyn College.

During the 1970s he taught English at Wolverhampton Polytechnic in the West Midlands, an experience which provided the material for his first novel, Coming From Behind (1983). Subsequent novels include Peeping Tom (1984), a comedy of sexual jealousy satirising literary biography; The Very Model of a Man (1992), a re-working of the Cain and Abel myth; No More Mister Nice Guy (1998), the story of television critic Frank Ritz's mid-life crisis; and The Mighty Walzer (1999), set in the Jewish community in Manchester during the 1950s, which won the Bollinger Everyman Wodehouse Prize for comic writing and the Jewish Quarterly Literary Prize for Fiction in 2000. In Who's Sorry Now (2002) Jacobson effortlessly charts the comedies and tragedies of the sexual battlefield through protagonist Marvin Kreitman, the luggage baron of South London: a man who loves four women and is in love with five more. The Making of Henry (2004), is a tender, comic story of love, hope and disappointment.

An 'Arena' television documentary on Howard Jacobson, entitled 'My Son the Novelist', was broadcast on BBC2 in 1985, and an edition of the 'South Bank Show', broadcast by ITV in 1999, concentrated on The Mighty Walzer (1999). His two non-fiction books Roots Schmoots: Journeys Among Jews (1993), an exploration of his own Jewish roots, and Seriously Funny: From the Ridiculous to the Sublime (1997), an analysis of comedy and its functions, inspired related television series. He has also made two television programmes, 'Howard Jacobson Takes on the Turner', broadcast by Channel 4 in 2000, and a 'South Bank Show' special entitled 'Why the Novel Matters' broadcast in 2002. He is also the author of a travel book about Australia, In the Land of Oz (1987).

Which though interesting would not be entirely relevant, perhaps, but for the fact that his best heroes tend to fit that description too - and this is by no means limited to the hero of his largely 'autobiographical' novel The Mighty Walzer (1999). Jacobson's protagonists tend to be Jewish Northerners or Jewish North Londoners of various kinds, all deeply preoccupied with their own identity, deeply preoccupied with their own Jewishness, interested in literature and obsessed with sex, though admittedly the order of these priorities may vary from book to book.

Peeping Tom (1984), described by one reviewer as 'the funniest book about sex ever written', is typically clever - witty and intellectually sophisticated. It tells the story of Barney Fugelman, (yes, Jewish, strongly inclined towards literature and sexual fantasy); Fugelman is a not-tremendously-successful writer who, it would appear, is some sort of reincarnation of Thomas Hardy. Which would be fine for him, perhaps, were it not for the fact that Fugelman has always considered Hardy to be 'a morbid superstitious little rustic who confused high peevishness with tragedy, niggardliness with humour, mean naturedness with melancholy, [who] put it on history, genealogy, blood, evolution and the Prime Mover that he couldn't get his end away'. The book is one of Jacobson's funniest, but it is also touching and sad; Fugelman is a sort of tragic character, and by the end his losses and his disillusionment seem (in the midst of the comedy) very real.

More perhaps than any other, Sefton Goldberg, hero of Jacobson's first novel, the campus novel Coming from Behind (1983) is defined by his Jewishness; there are countless descriptions/explanations of his character and behaviour which begin 'Being Jewish, he didn't know that ...', or 'Being Jewish, he couldn't understand how ...' And although this humour is occasionally oddly uncomfortable, it is never cheap (though how many writers could get away with it, I wonder?). Goldberg uses his Jewishness to try to make himself a victim (because it's funny, because he enjoys the power it paradoxically gives him, as in the hilarious car-park confrontation with Walter Sickert Fledwhite). Yet there is also very funny comedy from other people's attempts to deal with this aspect of him, like fellow cynic Peter Potter for whom Goldberg is 'the first Jew Peter had ever struck up a friendship with' (so Goldberg 'wanted to make the experience easy for him. As long as he remained hunched and dejected he was fairly sure that Peter could cope'). And of course Goldberg is a literary man, teaching courses in The Long Novel at Wrottesley Poly (bearing no resemblance to Wolverhampton Poly where Jacobson taught), who (but of course) doesn't think much of Thomas Hardy. Oh, and Goldberg's preoccupations with sex are ever present and more than just a little unusual.

One cannot help getting the sense when reading Jacobson's novels that if his characters were to make the transition to lives in the real world, they'd always be bumping into each other at random second-division book launches in North London. They inhabit equivalent, parallel fictional worlds, as it were; each wanders around his version of that world being disillusioned, lusting after people and making jokes about Melvyn Bragg.

The tone is fairly uniform through these novels - uniformly funny but uniform nonetheless; it is a sort of disillusionment comedy, where much of the humour comes from the characters' failures in life (of which they must be fully aware, for maximum effect). And indeed Jacobson's best characters, the ones he is able to capture in just a few phrases, are the most poignantly hopeless and dispirited - Harry Vibert in Peeping Tom, for instance, and indeed almost any of the characters in Coming from Behind (perhaps my favourite minor Jacobson of all is Coming from Behind's Dean of Applied Arts, a man often caught in his room 'sniffing his walls or putting light bulbs in his ears or trying to stuff the carpet into his socks'). And yet for their similarities these novels are all great reads, fresh and tremendously funny. To a great extent this is due to Jacobson's skill in his pen-portraits of these his minor characters, which typically are expertly drawn and piercingly funny. They are all extreme, almost all of them representing extremes of traits the hero doesn't like. Which is perhaps not surprising since these heroes don't tend to like people at all - not even their friends. They do occasionally show signs of affection for the women they're lusting after, but even then only briefly.

Redback (1986), Jacobson's third novel, ranges more widely (both geographically and thematically) than either of its predecessors; it wanders from narrator Karl Leon Forelock's grim hometown of Partington to sunny Australia (in the same year as this book appeared Jacobson also published a work of non-fiction about Australia, In the Land of Oz (1987)). Redback also introduces an element of the fantastic to Jacobson's writing, with the appearance of the Redback spider, 'the spider of cynicism', 'malignant, malevolent and venomous'. It (no, 'She', Forelock insists) has once bitten our hero, 'as a consequence of which I am no longer a nice person.'

After a gap of some years Jacobson returned to fiction writing, producing in quick succession No More Mister Nice Guy (1998) and The Mighty Walzer; the latter examines the growing-up of Ping-Pong champion Oliver Walzer, the former uses reminiscences of the youthful Frank Ritz to help us to understand to his older self - disillusioned, sexually predatory, et cetera, et cetera. Both books sit in classic Jacobson territory, and of course both (especially No More Mister Nice Guy) are marvellously crafted comic gems.

It is, incidentally, worth mentioning Jacobson's one very different novel, The Very Model Of A Man (1992), which is a version of the story of Cain and Abel. Though accomplished, it has alas long been out of print; however good the book may be, Jacobson's readers clearly know what they want from him, and it's simply not negotiable.

Jacobson tends to use non-fiction as a different way of exploring some of the themes that colour his fiction. Among his non-fiction works are an excellent book of literary criticism (Shakespeare's Magnanimity: Four Tragic Heroes, Their Friends and Families, with Wilbur Sanders) and a description of a roam around Europe, America and the Middle East in search of the roots of Jewish identity (Roots Schmoots: Journeys Among Jews - 1993). He has even written about comedy (always a dangerous venture), in Seriously Funny (1997). But where others use comedy to make serious statements (about life, politics, religion, whatever...) Jacobson's novels invert this. His way of producing what is 'seriously funny' is to take serious things (all those people with failed lives) and make them funny, to find the comedy in the misery, rather than trawling for a serious message in the comedy. Which is odd, and risky. But then again, message or not, you have got to laugh - it really is very funny.