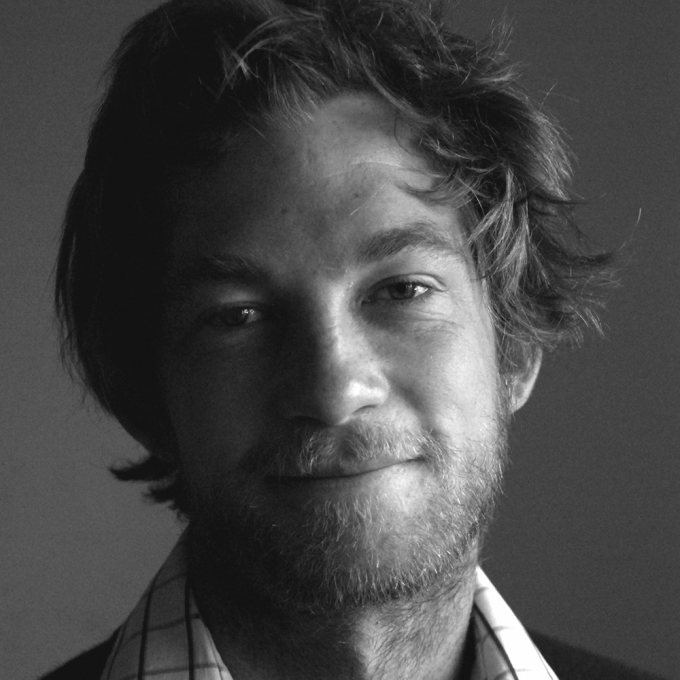 Travel writer, memoirist and children’s author Horatio Clare was born in London in 1973. He read English at the University of York and later worked as a BBC radio producer on cultural programmes ‘Front Row’, ‘Nightwaves’ and ‘The Verb’. As a freelance journalist he has contributed numerous travel pieces to newspapers and magazines, as well as to ‘From Our Own Correspondent’ on BBC Radio Four.

Running for the Hills (2006), a memoir of his childhood on a sheep farm in West Wales, was nominated for the Guardian First Book Award, and received a Somerset Maugham award. Its autobiographical sequel, Truant: Notes from the Slippery Slope (2007), detailed his descent into and recovery from drug addictions and mental problems. He was shortlisted for the Sunday Times Young Writer of the Year Award in 2007.

Having lived in Palermo, he edited the anthology Sicily: Through Writers’ Eyes (2006), collecting works by D.H. Lawrence, Giuseppe de Lampedusa, Norman Lewis and others, with his own lyrical observations on the island’s rich culture and history.

His travel book A Single Swallow (2009) follows the migration of swallows from South Africa to South Wales, recording encounters with people along the way. In 2010 he won the Foreign Press Association Award for his feature ‘Rock of Ages – Ethiopian Highlands’. His novella The Prince’s Pen (2011) is a contemporary re-working of the tale of ‘Lludd and Lefellys’ from the Mabinogion.

He was awarded the 2015 Stanford Dolman Book of the Year for Down to the Sea in Ships (2014), an account of two voyages on container ships. His first book for children, Aubrey and the Terrible Yoot, published in 2015, was shortlisted for the Branford Boase Award. While continuing to travel the world, he divides his time between London, Wales and West Yorkshire.

As a versatile author across several genres though mainly known as a travel writer of lyrically descriptive gifts, Horatio Clare admits to having ‘a love-hate relationship with borders’, a fascination with frontiers that are ‘rich in wildlife – which thrives where people aren’t or can’t go – and stories, of course’. (interview with Carly Holmes, 3 July 2016,  www.walesartsreview.org) There’s also a significant aside in his memoir Truant: Notes from the Slippery Slope (2007) where he states, ‘I’m interested in the edges of things’. These border edges, psychological or geographic, human stories, and wildlife: these are essential to Clare’s writings, engaging as they do with the people and cultures he encounters along the way. He is an open-hearted romantic, albeit one often exasperated by the realities of politics and officialdom. For him, ‘writing about nature is really about writing love letters motivated, as they are, by delight and longing and love of beauty’. (Holmes interview, ibid)

He’s also very much an international Welshman. After his epic journeying through Africa following swallows’ migration in A Single Swallow (2009), he returns home thankfully with the nicely humorous phrase ‘Wales is a small coat made of deep pockets’. He takes his Welshness with him, whether watching international rugby on flickering televisions in African bars or in re-writing a tale from the Mabinogion as a contemporary struggle of freedom fighters against a dominant power in his novella The Prince’s Pen (2011).

In his first book Running for the Hills (2006), Clare describes growing up on a dilapidated sheep farm in the hills of the Brecon Beacons in West Wales, a childhood with no television but surrounded by books. (He has subsequently mentioned as influences on him the popular adventure novelist Alistair MacLean, as well as novels of the sea by Joseph Conrad and Nicholas Monserrat). But this was no rural idyll; his parents divorced when he was seven and he had to grow up quickly to assist his mother in running the farm. Recollections of tense episodes, fear and isolation are counterpointed by the beauties – and cruelty – of the natural world. Clare writes superbly of both, for instance of the choughs swirling along the Pembroke Coast: ‘long fingerlike primary feathers extended, catching all their velocity and turning it to pure control’. Or, as when crows attack a newborn lamb, ‘the knife of a beak in an eyeball would kill it through shock and then it was a free-for-all: the yellowish corpse a berry-burst on the snow’.

Its sequel Truant is far darker and less lyrical, detailing the author’s descent into drug addiction and drug-induced despair, panic attacks and manic interludes. And yet there is ‘a spirit of exuberance’ in this tale of hedonism and risk, one reviewer commending his honesty in resisting ‘the temptations of self-pity and blame’. (Olivia Laing, The Guardian, 4 August 2007) Clare explains that, in his recovery, ‘the road to wisdom via excess is not straight’. This exuberance and manic depressive tendency does recur in occasional episodes in later books, notably a breakdown in Spain near the conclusion of A Single Swallow due to stress, exhaustion and malnourishment (Clare pushes himself very hard on the reader’s behalf).

Men under stress, from bad weather or the economics of Globalisation, he observes sympathetically in Down to the Sea in Ships (2014), taking two voyages on board container ships from the UK to Long Beach, California, and Montreal respectively. The latter though of shorter duration is the more stressful, having to sail through the North Atlantic during winter, contending with storms, ice and some dangerous working practices. The format combines conversations with the multi-national crew with maritime history, literary extracts, and his passion for birdwatching. The variety of bird species he sees hitching a lift on the ships, or swooping for fish around them, are a source of delight. The voyages give him occasion for lyrical flourishes about the sea itself, which is ‘all memory’ and ‘where the land ends certainty diminishes … and antique ways regather their power’.

A bird under particular threat of extinction, the Slender-billed curlew, is searched for in Orison for a Curlew (2015), a book as slender and attractively illustrated as its subject. An orison is a prayer, but Clare’s for a sighting go unanswered as he travels through a Europe fractured by political upheavals and economic privations from Greece to Romania and Bulgaria. The local ornithologists and conservationists he meets give plenty of revealing anecdotes – about past sightings and the politics they have lived through. Clare finds hope in these ‘idealistic and effective people across national boundaries’. As for the bird itself, it ‘exists out there as a possibility … the unknowable has a pristine beauty and a wonder with no end’.

Having recently become a parent wishing to stay more at home, Clare has written Aubrey and the Terrible Yoot (2015), a children’s book unusual in several ways. Firstly, in its subject, the suicidal depression suffered by teacher Jim, father of ‘rambunctious’ young Aubrey. Secondly by using footnotes to explain, for example, animism, ‘the philosophy … [that] everything in nature has a soul or spirit’. Though its means (the boy talks to friendly birds and animals during nocturnal adventures in Rushing Wood) are more conventional. Aubrey and his father walk at midnight in the snow to meet a supernatural owl who explains the Yute as ‘the voice in your head that has been making you sad’, revealing to them the mountains of Wales ‘rising like dolphins into the glittering night’ amidst the wider world.

There’s a strong moral-ethical stance in Clare’s views of how the world operates, from Africans struggling to travel safely, the perceived unfairness of wages for Filipino seafarers, or birding experts in Eastern Europe with little funding for conservation. This counterpoints Horatio Clare’s poetic descriptiveness, allied to his outstanding ability to convey to readers a sense of wonder and adventure in the natural world.

@HoratioClare @missbarton @chezcepe Work! Euch. Why doncha become Prime Minister, and take a break from all that?
(2 days ago)

@HoratioClare If you really meant to 'listen', why would you vow to 'keep going' before you had done so?
(3 days ago)

@HoratioClare RT @LlyfrDaFabBooks: 🤔Decisions! Decisions! 📚Everyone taking part in the Wales #BookSlam Final gets to choose a book to take home. 📚Here…
(4 days ago)