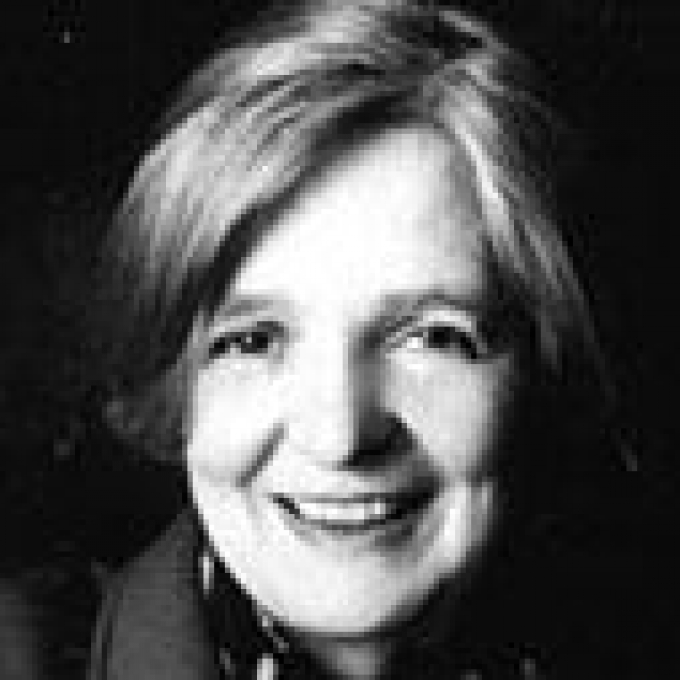 Biographer Hilary Spurling was born in Stockport, England, in 1940.

Educated at Somerville College, Oxford, she was arts editor, theatre critic and subsequently literary editor for The Spectator during the 1960s. She is a regular reviewer for The Observer and the Daily Telegraph.Her first book was a biography of the novelist Ivy Compton-Burnett, published in two volumes in 1974 and 1984. She is also the author of a biography of the novelist Paul Scott and of the painter Henri Matisse, published in two volumes in 1998 and 2005. The latter volume, Matisse the Master: The Conquest of Colour 1909-1954 (2005) won the 2005 Whitbread Book of the Year Award.

The Girl from the Fiction Department (2002), is a portrait of Sonia Orwell, George Orwell's wife and literary executor.

Hilary Spurling's latest book tells the story of the life of Pearl Buck - Burying the Bones: Pearl Buck in China (2010).

In The Unknown Matisse (1998), the first volume of Hilary Spurling’s much-acclaimed biography of the painter, she quotes Matisse’s view that ‘Anyone attempting a portrait should above all approach the subject without preconceptions’.

She was surely able to do so precisely because she is not an art historian; instead, with meticulous scholarship, she brilliantly brings to life the characters of the long struggling painter, his family and friends. And a revealing aside in the book refers to ‘the uncomfortable, disruptive, antisocial ways in which artists behave in fact’. This is true, in various ways, of the often difficult lives of her other biographical subjects, whether she is uncovering the secrets that lie behind the ‘extraordinary protective armour’ in Ivy Compton-Burnett’s personality, or the damaging effects of Paul Scott’s alcoholism on his family life. Most recently, within The Girl from the Fiction Department (2002), her own friendship with Sonia Orwell informed her portrait of a charismatic but much-maligned figure, who ‘wrote to me often, entering into my life, somehow turning the complaints and misfortunes of a hard-up writer … into a riotous, absurd, oddly comforting comic saga’.

Spurling is one of Britain’s most distinguished biographers, and is still active in London literary journalism after well over four decades, starting out in the 1960s as theatre critic for The Spectator magazine, and currently reviewing for The Observer. She recently expressed the opinion that ‘critics are involved in garbage clearance’ and ‘the best of criticism is when you find some amazing new growth, and then convey the pleasure you have taken in it’. Her first biographical work, published in 1974, was on Ivy Compton-Burnett, and she returned to the novelist’s later life in Secrets of a Woman’s Heart (1984). These provided the typical pattern of her books, which is to build up the portrait by careful research but also by personal knowledge, especially through talking to friends. For example, she got to know Compton-Burnett partly through the writer Kay Dick (who was also a friend of Paul Scott’s). She describes the frisson of being a guest of the by-then elderly novelist and her partner Margaret Jourdain, relishing Ivy’s mischievous wit: ‘come to tea on Saturday, she would say encouragingly, my lesbians are coming’. ‘This book’, Spurling concludes, ‘is the story of the writer who responded triumphantly to the defeats and suffering of the past’ by adopting a ’Victorian disguise’ in both her life and fiction.

In Paul Scott: A Life (1990), about the author of the ‘Raj Quartet’ novels, Spurling remarked at the outset on his lifelong preoccupation with India, which was ‘the first but by no means the last … of the puzzles he set for a biographer’. Furthermore, in the course of research she found his life had sides ‘of which his immediate family knew nothing’, relating to his experiences of homosexuality in the army. This wartime service, however, during which he was ‘shipped out’ to the Subcontinent, resulted decades later in his brilliant fictional treatments of the British in India, notably in The Jewel in the Crown. Spurling shows how his internal conflicts and increasing alcoholism – also giving up a successful career as a literary agent to write plays and novels - led to his later personal difficulties and a ‘violent dark side’. But his story too is one of late triumph; his family was reconciled to him during his terminal illness, and his novel Staying On won the Booker Prize for Fiction in 1978.

Spurling’s major achievement is undoubtedly her lavishly illustrated two-volume biography of Henri Matisse: The Unknown Matisse and Matisse the Master (2005). Again, being granted full access by the Matisse family to the archives and correspondence was crucial in Spurling’s masterly narrative of his life and times. She views as formative to his career the ‘flight from the dark, narrow and constricted world of his northern upbringing’ in Flanders, notably a fraught relationship with his shop-keeping father, balanced by the early sense of colour encouraged by his mother. Indeed, Matisse’s progress towards his ‘Conquest of Colour’ (the subtitle of the second volume) provides the artistic counterpoint to the poverty-stricken first half of his life. These pictorial experiments, she observes, ‘would reach a pitch at which colour itself felt to him like dynamite’. Matisse ‘buried the implacable wild beast, or fauve, deep within himself’. The artist’s private humiliations are documented alongside his friendships and rivalries with other painters. By the end of the first volume, Matisse has at last attracted the support of influential dealers and collectors, while he and Picasso have developed their ‘lifelong dialogue on canvas, a dialogue that was also a duel’.

The second volume won the Costa Book of the Year Award. Matisse the Master covers the second half of his life, the period of his greatest artistic achievements but also shows in great detail the human costs of these, to himself and his family who were his ‘support system’. Drawing on the voluminous family correspondence, especially with his wife, son and daughter, the at times painful details of their lives are set alongside Matisse’s growing international reputation. Also vital to him were relations with various female models, as whether muses or assistants; giving his work aesthetic inspiration and sexual energy. Spurling’s conclusion to the first volume can perhaps stand for her overall view. In it, she observed Matisse’s ‘sense of human misery sharpened by years of humiliation, rejection and exposure’, which, she concluded, ‘could be neutralized only by the serene power and stable weight of art’.

The Girl from the Fiction Department (2002) is necessarily far more modest in scope, though equally a labour of love. Perhaps more so; Spurling knew Sonia Orwell for the last decade of her life and the book was written with a purpose in mind: to dispel ‘the myth of the cold and grasping Widow Orwell’. This related chiefly to Sonia’s much criticized conduct of the George Orwell estate; as Spurling explains, ‘Orwell had put her in an almost impossible position but it was her reputation, not his, that suffered’. Again, the real fascination lies in the ways that Spurling brings the ‘bewitching’ Sonia back into view, particularly her involvement with Cyril Connolly’s important wartime literary magazine, Horizon. We also follow her non-Orwellian life and loves in Paris and London, and her previous role in the London art world as ‘the Euston Road Venus’. Her descent into alcoholism and financial difficulties later in life are counter-pointed by numerous instances of her joie de vivre. As readers we see both her ‘self doubting complexity’ as well as ‘the magical radiance that made [George] Orwell believe marriage to her would cure him of terminal TB’. Hilary Spurling’s searching but always sympathetic portraiture has led to her own eventually triumphant writing career.

'I write biographies because I am fascinated by people - by their infinite resourcefulness, by their mystery and power, by the strange patterns their lives make - and because nature gives me better plots than any novel I could invent. My subjects have been writers and a painter because the frontier between life and art is where I like to work.'