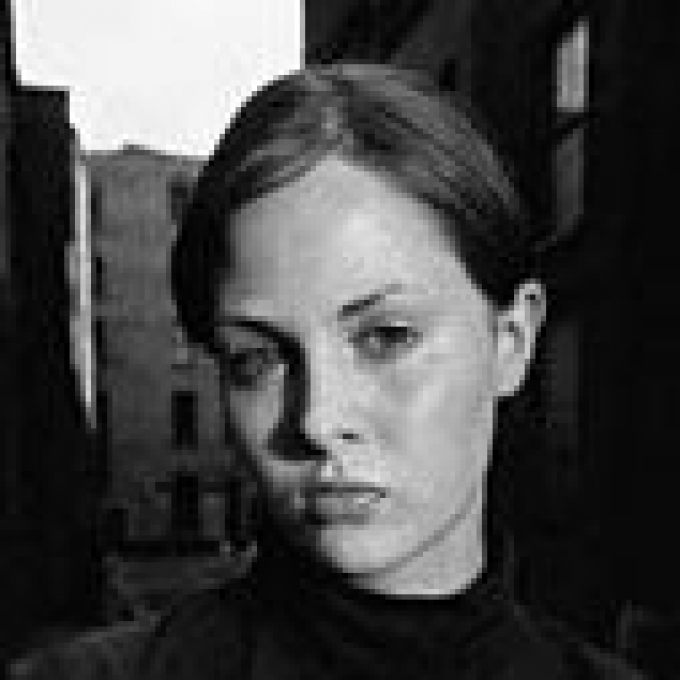 Gwendoline Riley was born in London in 1979, and grew up on the Wirral.

She studied English at Manchester Metropolitan University, and became literary editor of the magazine 'City Life'. Her first two novels, Cold Water (2002); and Sick Notes (2004), both have protagonists in their early 20s, who live in Manchester. Her third novel, Joshua Spassky (2007), tells the story of Natalie, a British writer who travels to North Carolina to meet up with the title character, an American playwright.

Cold Water won a 2002 Betty Trask Award, and was named one of 5 outstanding debut novels of 2002 by The Guardian Weekend Magazine. Joshua Spassky won a 2008 Somerset Maugham Award.

Her fifth novel, First Love (2017), was shortlisted for the Baileys Women's Prize for Fiction and the Goldsmiths Prize. It tells the story of a young woman's dysfunctional marriage to an older man, and explores how her relationships with her parents have affected her.

Gwendoline is also the author of short story collection, Tuesday Nights and Wednesday Mornings (2004). She has lived in Manchester, the USA, and London.

From the start of her writing career Gwendoline Riley has garnered critical acclaim and popular praise in roughly equal measure.

Her brief, intense, poetic novels have captured an authenticity about youth, loneliness and city life; while demonstrating the arrival of a distinct new literary voice.

Each book features a female first-person narrator in her twenties; all are at least partly set in Manchester. Her narrators are intelligent, intense, artistic outsiders struggling to find or make meaning in the face of difficult circumstances. Hers is a world inhabited by charismatic loners, literary outsiders, barflies, drifters and dropouts. A review in The Independent said that to read Riley ‘is to be trapped inside a consciousness whose self-pity, indulgence and petulance are offset by taut style, wry humour, exactitude of image – a consciousness watching itself.’

Riley’s first novel, Cold Water (2002), was published when she was 22. It tells the story of Carmel McKisco, 20 years old and working in a Manchester bar. She mitigates her loneliness following a recent break-up by staying close to friends, books, and booze. The grey city streets, dive bars and libraries of Manchester are an acutely-realised, concentrated territory with which Riley’s readers are to become well accustomed. When Cold Water’s first reviewers eventually managed to get over its author’s youth, they appreciated the novel’s poetic qualities, and Riley’s knack for fresh, accurate, atmospheric description. She herself has admitted she prefers to prioritise prose rather than plot: ‘In writing I just like to get meaning across in however is most powerful and apposite. Sometimes it’s using traditional devices; but what’s best are the ways I invent myself, spontaneously. Every now and then I see a way to put something that is all new; that comes from an original angle and that really hurts.’

If literary critics were hoping that Riley would broaden her narrative canvas in her second novel they may have been initially disappointed. Sick Notes (2004) inhabits much of the same geographical and emotional turf as its predecessor. But the story, and the themes it develops, are somewhat different. Riley has said that it wasn’t until working on the second draft of the book that ‘I saw what I had been up to, all the themes became clear to me: blame, orphans, gravity, regurgitation and transcendence, sexuality, abortion, domestic violence, the built environment, the American dream ... etcetera’. Narrator Esther, back home after a period in New York, wanders the streets of Manchester with a biro in her ponytail, sipping gin through a curly straw and refusing to open the boxes at home that contain memories from her past. Just as she once wrote her own sick notes to get out of school, now she opts out of ‘real life’ in favour of a peripatetic existence through the fringes of city life. Riley has likened this opting out to what she does every time she writes: ‘make excuses not to take part in real life.’

Joshua Spassky (2007), Riley’s third novel, takes the girl out of Manchester, but perhaps not the Manchester out of the girl. Narrator Natalie is a young novelist who leaves the grey northern streets behind and flies to Asheville in the States. Her aim is to find out once and for all if there is any mileage in her on-off relationship with the American playwright of the title. As the couple spend time in a motel, in various bars and sightseeing (Natalie chooses the rendezvous because it was the place where Zelda Fitzgerald died), we learn about her dead parents and their troubled relationship; Joshua’s ex-wife; and both their recent relationships with other people. There is a familiar back story of Mancunian drifting, alcohol-fuelled nights and loneliness, but this time, under the American sunshine and surrounded by the unfamiliar, Natalie is forced out of herself and better able to reach decisions about her future.

Being a writer is, admits Riley, ‘better than having to work in a call centre … but you really have to trawl the depths. To me it seems like the only way to live. The thing is, according to whatever inner orthodoxy I’ve created when I’m writing, I just want to get it right. So it’s not as though there’s any tremendous triumph or romance – I feel like I’m just always trying to be accurate, to get everything in the correct proportion.’ One of her key preoccupations is the tension between ‘the real world’ and the world of art and thought. Creativity seems to be one of the ways that Carmel, Esther and Natalie keep their heads above water and fend off loneliness – but loneliness and isolation are also inextricably bound up with the artistic life. So, just like their author, they trawl the depths, but at the same time – whether they’re fully aware of it or not – they’re living the only way they know how.

Another way in which Riley’s characters are isolated is through their human relationships. The overriding impression from her novels is that friendships are more sustaining and reliable than any other kind of contact. Relationships are fraught with problems of communication, intention and commitment, and all too often throw up more questions than they answer: is this the one? What do I do now? Family connections are frequently absent altogether – close family ties are removed, or scarred by memories. Instead her young narrators need to negotiate the tricky territory of forging new relationships which work on their terms, and which can offer a safeguard against loneliness.

During publicity interviews for Joshua Spassky, Riley revealed that she was working on a fourth novel which would tackle the subject of misogyny. ‘I’ve always had misogynists in my books, because they irritate me, but I’ve always tried to sideline them, because it’s all they deserve. But this time I thought I’m really going to take a look at one and see how they can affect someone else.’ If Riley’s first three books are anything to go by, it should be a compelling read.