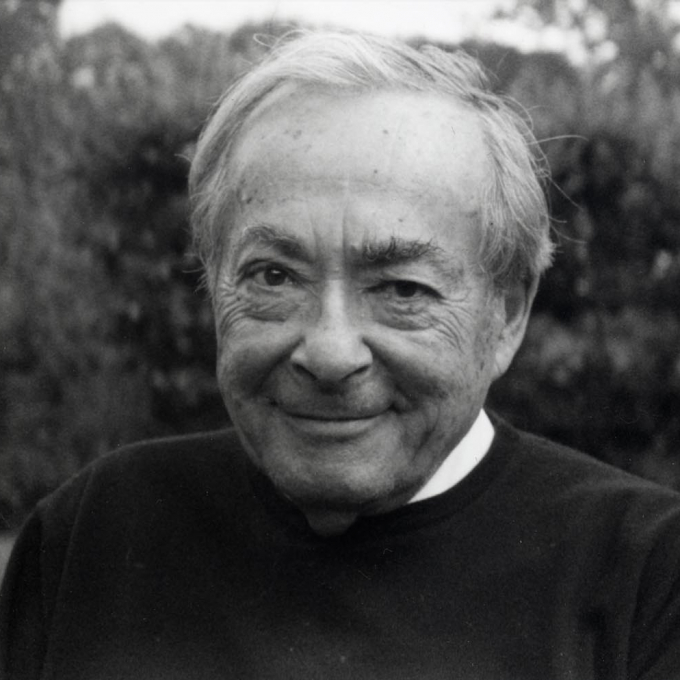 Professor George Steiner was born in Paris on 23 April 1929. His family moved to the United States in 1940 and he was educated at the Universities of Paris, Chicago, Harvard, Oxford and Cambridge. He was a member of the editorial staff at The Economist in London during the 1950s before beginning an academic career as a fellow at the Institute for Advanced Study at Princeton University in 1956. He was appointed Gauss Lecturer at Princeton in 1959. He has been a fellow of Churchill College, Cambridge, since 1961 and was Professor of English and Comparative Literature at the University of Geneva between 1974 and 1994.

Professor Steiner has held visiting professorships at Yale, New York University, the University of Geneva and Oxford University. He is an honorary member of the American Academy of Arts and Sciences, an honorary fellow of Balliol College Oxford, and has been awarded the Chevalier de la Légion d'Honneur by the French Government and the King Albert Medal by the Royal Belgian Academy. He received the Truman Capote Lifetime Achievement Award for Literature in 1998 and in the same year was elected Fellow of the British Academy. He is currently Weidenfeld Professor of Comparative Literature at the University of Oxford, Charles Eliot Norton Professor of Poetry at Harvard University and Extraordinary Fellow of Churchill College at Cambridge University. His non-fiction includes Tolstoy or Dostoevsky (1958), a critical analysis of the two great masters of the Russian novel, The Death of Tragedy (1961), In Bluebeard's Castle: Some Notes Towards the Redefinition of Culture (1971) and No Passion Spent: Essays 1978-96 (1996). His book on translation, After Babel (1975), was televised in 1977 as The Tongues of Men. He is also the author of a number of works of fiction including Proofs and Three Parables (1992) and The Portage to San Cristobal of AH (1981), which was adapted for the stage by Christopher Hampton. A volume of autobiography, Errata: an Examined Life, was published in 1997. Grammars of Creation (2001) discusses a range of subjects from cosmology to poetry.He is a regular contributor of reviews and articles to journals and newspapers including the New Yorker, the Times Literary Supplement and The Guardian.Professor Steiner lives in Cambridge, England. His latest book is one of memoir, My Unwritten Books (2008). A collection of pieces written between 1967 and 1997, George Steiner at the New Yorker, was published in 2009.

George Steiner is experienced as a writer in many forms, but he is best known as a piercingly intelligent and shamelessly intellectual critic and essayist.

2009
George Steiner at the New Yorker
2008
My Unwritten Books
2004
Nostalgia for the Absolute
2003
Lessons of the Masters
2001
Grammars of Creation
1997
Errata: An Examined Life
1996
Homer in English
1996
The Deeps of the Sea, and Other Fiction
1996
No Passion Spent: Essays 1978-1996
1995
What is Comparative Literature?: An Inaugural Lecture Delivered before the University of Oxford on 11 October 1994
1992
Proofs and Three Parables
1989
Real Presences: Is There Anything in What We Say?
1986
A Reading Against Shakespeare
1984
George Steiner: A Reader
1984
Antigones
1981
The Portage to San Cristobal of A. H.
1978
On Difficulty and Other Essays
1978
Heidegger
1978
Has Truth a Future?
1975
Why English?
1975
After Babel: Aspect of Language and Translation
1973
The Sporting Scene: White Knights of Reykjavik
1972
Extraterritorial: Papers on Literature and the Language Revolution
1971
In Bluebeard's Castle: Some Notes Towards the Redefinition of Culture
1967
Language and Silence: Essays 1958-1966
1966
The Penguin Book of Modern Verse Translation
1964
Anno Domini: Three Stories
1961
The Death of Tragedy
1960
Tolstoy or Dostoevsky: An Essay in Contrast