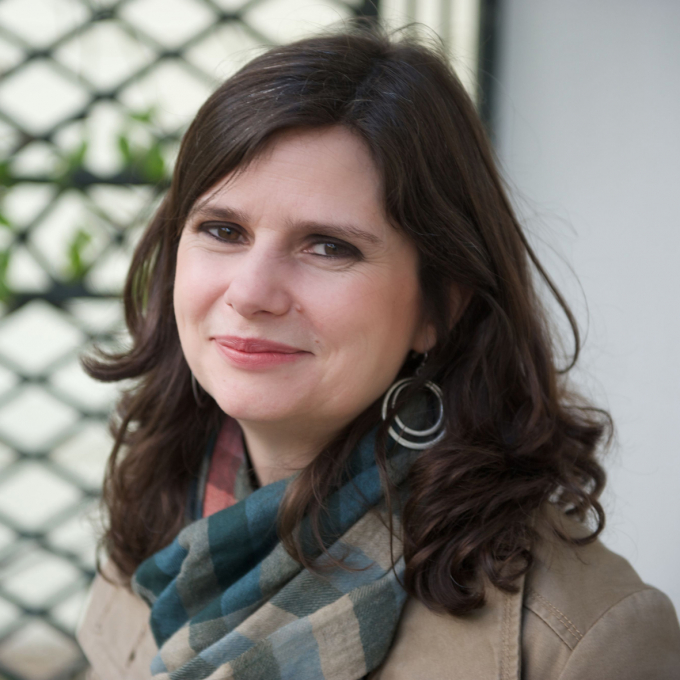 Esther Morgan was born in Kidderminster and in 1992 worked as a volunteer with the Wordsworth Trust, then worked full-time for Cheltenham Arts Festivals.

She studied for an MA in Creative Writing at the University of East Anglia, where she also edited four volumes of the contemporary poetry anthology, Reactions (2000-2003). She also taught creative writing at the same university and is a tutor for the Arvon Foundation. She won an Eric Gregory Award for her poetry in 1998.

Her first collection, Beyond Calling Distance, was published in 2001, won the 2001 Jerwood Aldeburgh First Collection Prize and was shortlisted for the Mail on Sunday/John Llewellyn Rhys Prize. Her second collection was The Silence Living in Houses (2005). She currently works as Editorial Assistant and Manager of Historic Recordings for The Poetry Archive project (www.poetryarchive.org), and teaches Creative Writing at the University of Oxford.

Esther Morgan’s poem ‘Mistress’, from her most recent collection The Silence Living in Houses (2005), concludes by observing that ‘Every house contains a room that doesn’t exist/ where we find ourselves almost at home / behind this skin of horsehair plaster, / the roses breathing into your ear’.

The ‘mistress’ is the mistress of the house; the detail about horsehair plaster tells us that this is an old house, with a history. It is indeed followed by poems entitled ‘Care-taking’ and ‘House-keeping’. This feminine sense of the mysterious in houses – domestic spaces haunted by the past or by present tensions – is distinctive throughout Morgan’s work. For all their delicacy and sensuous detailing, there is a menacing psychological subtext to many of her poems, which can be read as short ghost stories, whether evoking the spirits of children who may have been murdered, or a girl who has committed suicide (‘Neighbours’). And in ‘Other Halves’ we hear the monologue of an obsessed woman who steals into her ex-lover’s house and opens a canteen of cutlery: ‘Leaning closer, I glimpse your face, upside-down / and bloated in a spoon’s polished bowl. / A sigh spirits it away’.

George Szirtes, tutor on her Creative Writing MA course at the University of East Anglia, has aptly described her poems as being ‘full of hints and mysteries’. In answer to the perennial question of ‘Why I write’, Morgan herself has replied that ‘writing a poem to me is like making a den out of words … I have a sense of secret imaginative shelter’. So the rich subject of houses arises naturally, giving foundations for oblique narratives about relationships, family, her ancestry, the secrets and hidden details of lives – whether anxious or sensuous. By her own account, these concerns have partly been inspired by the fortuitous circumstance of living in and looking after a large, un-modernised Edwardian house in the Oxfordshire countryside. Working for a period in a social services department concerned with Child Protection also no doubt gave her insights into the strains and anxieties of women and children’s lives. More recently and happily, a residency at the Museum of Domestic Design has contributed to her historical sense of women’s domestic lives.

Beyond Calling Distance (2001) is a fine debut volume, winning a prize at the Aldeburgh Festival, summoning up as it does real and imaginary landscapes, from the Fens to the moon, and especially in disturbed dreams. In the opening poem, ‘One night the tide went out / and never came back in’, while in ‘Detecting’ a watch found on a beach is ‘the medium’ that a loved one speaks through, when ‘holding its stainless links / while I drift asleep’. Many of the characters are seen in glimpses, as insubstantial as the temping ‘Office Angel’ who slips out of the building at the end of a working day: ‘it’s as if / she never existed’. Some poems return to childhood, recalling the strange fascination with ‘The Cows’ or, more menacingly, a young girl on her bicycle: ‘her thumb resting on the rusted bell, / the front wheel turned back towards home / like a broken neck’. By contrast, others are high-spiritedly sexy, as in the innuendo-laden ‘Bubbly’; a woman summons her lover in the bath ‘like Marilyn’, ‘flirting in my foam bikini’.

Houses and interiors are also essential subjects. Sometimes these are rendered in the contemporary, with ‘curtains drawn, / TV loud with gunfire’. Sometimes the home itself becomes a setting for family tensions: ‘an atmosphere inside the house, / close and sticky / like a hot hand / clamped over the mouth’ (‘Pressure’). There is the perception of ‘Spirits’, who ‘infest the silence/ behind doors’ and ‘haunt her mother / through lost afternoons’. Perhaps the most striking in this genre of dream houses is ‘Sand’, which concludes the book. The speaker is ‘inhaling the past’, and dreaming: ‘Soon this house will go blind, its windows silted / the sun eclipsed’.

Of The Silence Living in Houses, a reviewer in The Times Literary Supplement (14 October 2005) noted how Morgan ‘explores the perennial reserve of mystery attaching to even the most familiar dwelling’ and evokes an ‘atmosphere of stylized confinement’. In the opening section, ‘The House of’, a short yet thoroughly macabre poem envisions ‘those who are lost: / Lily Ivy Violet’; three small girls who have died (been murdered?) in the past. Other ghosts too ‘trespass on the living’, and in ‘The Ghost of this house’ a woman feels ‘her shoulder-blades’ slight shiver / as she walks through me’. The most striking poem of all is ‘Bone China’, which beautifully personifies the anguish of ‘the maid who cracked one night / the length of her heart’. Taking the house’s best plates (‘a weight greater than all she owned’), she smashes them. Clearing the ground a hundred years later, the speaker ‘can still piece bits of her together – white and sharp’; implying the reason for the maid’s anguish, her pregnancy, ‘as if the earth were teething’.

The second section is more contemporary, depicting women under threat, usually by men but also from their own fears and fetishes. In ‘The Ring Hand’, ‘a shed skin’ is ‘slung on a bed post / like a negligee’. ‘Her given names’ is overtly sexual in its ingenious use of animal names to characterize an abusive relationship, the man ‘zipping up her clingy flesh / (his favourite dress), / boned too tight to breathe’. A final section concerns the at times fraught relations between mothers and daughters: ‘My mother moved through the house like a priest / performing a secret ritual’, while the grandmother is ‘snow-haired, bitter’ (‘British Winter Time’). ‘Motherland’ is a more affirmative view, as she contemplates the experience of exile: ‘How many borders you crossed, grandmother / to find yourself staring up at me’. She imagines having ‘to leave in the night with all I can carry - / bread and wine for the journey, / these memories, warm and heavy as a child’.

The author’s website, www.esthermorgan.net, contains a selection of new work. Interiors and women’s lives (as in ‘Among women’) are still influencing her poems, but she makes an interesting link with painting, especially Dutch still lives ‘and the way they capture both a sense of history and of timelessness’. ‘After life’, for example, is just such a still life, reflecting that women’s lives ‘continue as a kind of echo in the simple objects’ of the kitchen, even as ‘names and faces are scoured away’. It concludes with an evocative image of spoons (‘their worn silver edges, / their bowls filled with light’) and ‘the battered wisdom of the pan / you boil the morning milk in, / its patina of burnt lace’. Esther Morgan’s stylish stories are by turns reflective and menacing, and have a calmly memorable way of capturing women’s lives.