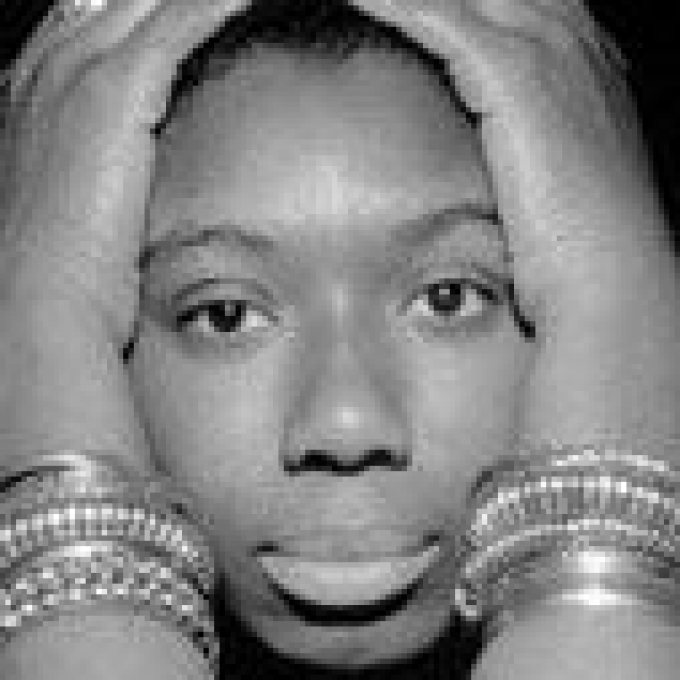 Dorothea Smartt was born and brought up in London and is of Barbadian heritage.

She worked for many local groups and Black/Women’s co-operatives in London while writing, then began to perform her work and contribute to poetry anthologies.

She was Poet in Residence at Brixton Market and Attached Live Artist at the Institute of Contemporary Arts in London, where she was also awarded her first commission to create the collaborative performance from you to me to you. Her solo performance work, Medusa, combining poetry and visuals, was named an 'Outstanding Black Example' of British Live Art. In 2000 she was commissioned to write her first play, Fallout, which toured primary schools.

Her first poetry collection, Connecting Medium, was published in 2001, and contains many poems exploring her Barbadian heritage and her experience of growing up in London. The Caribbean Times describes her voice as one which 'coils up your feelings, around granite chips of truth ... unwinds solace, in the most soothing volleys.' Her second collection, Samboo's Grave/Bilal's Grave (2008) explores the history of Samboo, an African slave brought from the Caribbean to Lancaster and buried at Sunderland Point.

Dorothea Smartt is an experienced workshop leader, a former part-time lecturer in Creative Writing at Birkbeck College and Leeds University, and one of the poetryclass team of poets. She regularly mentors aspiring poets and goes into London schools as a visiting or resident poet. She is poetry editor for Sable LitMag, was visiting writer at Florida International University, and has most recently given readings in countries including Hungary, Denmark, The Netherlands, Solvenia, Bahrain, USA, Egypt, and Jamaica.

Dorothea Smartt was once described in a review by the world-renowned Bajan poet, Kamau Brathwaite, as a ‘Brit-born Bajan international’, and her work typically bridges the islands of Britain and Barbados or effortlessly shuttles between local and global scenes as it weaves a diasporic web.

Her transnational vision is exemplified in ‘Just a Part: Sacrifices’, where the speaker, who is commuting through an unnamed British city, receives a text message from her sister abroad:

'Here I am. FamilyBeyond these British borders. A part of bloodlines

Diaspora linesWeave me in a worldwide web of phonelines. Airlines

An opening assertion of here-ness quickly disperses in these lines of blood, poetry and flight. The speaker seems at home in travel, but there is also a sense that the new technologies that provide instantaneous and easy connection also alienate her from her family and roots: money can be transferred home more quickly than she can, leaving the speaker’s identity reduced to little more than a PIN number in the final lines. The title of the poem, ‘Just a Part’, itself the second in a sequence, suggests being ‘a part’ (connected to) of something larger, but simultaneously a sense of being ‘apart’ (isolated) in the world’, or simply ‘a part’, an incomplete or fragmented identity.

These themes of connection and disconnection are central to Smartt’s poetry collection, Connecting Medium (2001). Connecting Medium traces the poet’s ancestral and parental roots, while questing all the time for a more abstract, metaphysical or mythical set of origins and connections from Africa and America, to love and politics, to hairstyles and hair:

'Fact: Your hair is an integral part of your skin. Fact: There is good hair, and there is bad hair. Fact: Hair and scalp diseases were common amongst enslaved Africans. Fact: A chemical used to straighten African hair is called ‘lye’. Fact: Natural African hair must be processed to make it manageable. Fact: Black women spend a major part of their income fixing their hair. Fact: Straightening hair made the first U.S. Black millionairess. Fact: Black women need the hairdresser more often than white women. Fact: Different styles of plaiting and braiding marked rites of passage. Fact: Unkempt hair is a sign of madness.'

In this passage from the sequence ‘Five Strands of Hair’, Smartt dwells on the most sustained motif of the collection: hair. Particularly striking in this context is Smartt’s racialisation and reappropriation of that already much appropriated figure of feminist writing: the medusa. If, in Elaine Cixous’ ‘The Laugh of the Medusa’, there is only oblique or elliptical elaboration of the French feminist’s problematic Freudian notion of woman as ‘dark continent’, Smartt openly mines the medusa for a ‘black aesthetic’. As the poet has said in interview: ‘I was looking at … what was acceptable in terms of black hair and things like that. That’s when I started wearing dreadlocks … the voice for it was very Bajan, what I’d call my first voice’. The award-winning contemporary black British writer, Jackie Kay said of Connecting Medium that it:

'links the past to the present, the Caribbean to England, mothers to fathers. Here are poems about identity and culture, generations and the future. A powerful sequence of poems about a black Medusa. Poems that link the material world to the spiritual one. Poems that recreate a sixties childhood in South London in vivid detail. Connecting Medium is a bright, passionate voice’ (Jackie Kay)

Links between past and present are also central to Smartt’s second collection of poetry: Samboo’s Grave/Bilal’s Grave (2008), also published as Ship Shape (2008). In this collection, the poems pivot around a sequence dealing with an African slave, Bilal/Samboo, who was shipped to Lancaster from the Caribbean as a gift for the sea-captain’s wife. Written to mark the bi-centenary of the abolition of slavery, these suggestive poems work to illuminate a lost and largely unrecorded history. Elegiac and moving, the sequence recovers Samboo as a powerfully stubborn remnant, returning to us the repressed of Lancaster’s unconscious:

'Here I lie. A hollow Sambo. Filled with your tears

and regrets. The tick in the eye of Lancaster pride; the stutter,

the pause, the dry cough, shifting eyes, that cannot meet a Black man’s

As well as being a widely published poet, Smartt is equally known for her performance poetry, and installations. In the words of Carol Boyce Davies, the eminent black feminist scholar of migration and diaspora, 'Dorothea Smartt reveals a poetic intelligence and maturity of form and content which definitely locates her among the best of her generation of poets.'