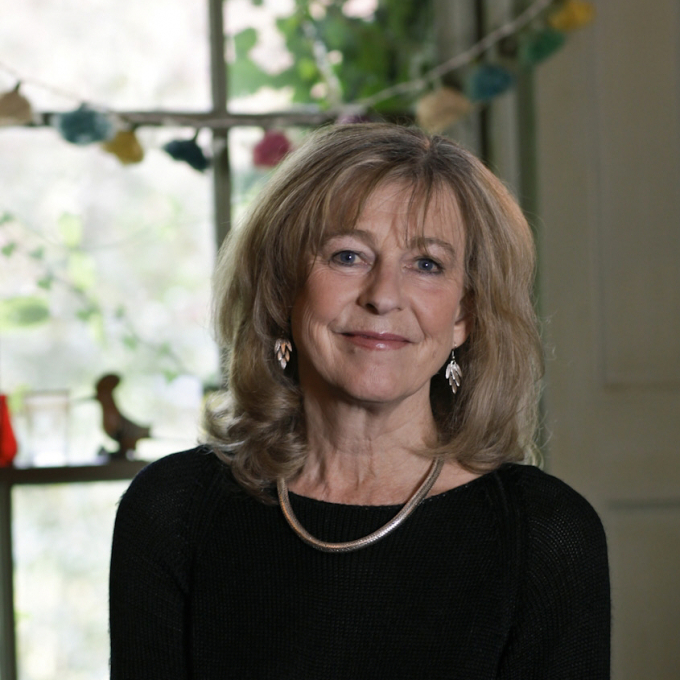 Deborah Moggach was born in 1948 and studied English at Bristol University.

She undertook a variety of jobs, including working for the Oxford University Press, and trained as a teacher, before becoming a writer in the 1970s. She lived in Pakistan for 2 years where she wrote articles for Pakistani newspapers, and her first two novels, You Must be Sisters (1978) and Close to Home (1979), both autobiographical.

She has since written a number of further novels, including Hot Water Man (1982), set in Karachi; The Stand-In (1991), a thriller; and historical novels Tulip Fever (1999) and In the Dark (2007), set in 1916. She is also the author of two collections of short stories: Smile and other stories (1987); and Changing Babies and other stories (1995); and a stage play, Double Take. Several of her books incorporate the theme of loss of childhood, including Porky (1983), about incest; and Seesaw (1996), Stolen (1990), and To Have and To Hold (1986), all of which she has adapted herself for television. Her novels Final Demand (2001) and These Foolish Things (2004) have similarly become television dramas, and she has also written television adaptations of Love in a Cold Climate and of Anne Fine's Goggle-Eyes. A film adaptation of These Foolish Things was released in 2012 as The Exotic Marigold Hotel, starring Maggie Smith, Bill Nighy and Judi Dench. Her novel Something to Hide was published in 2015.

Moggach also writes filmscripts, most recently for Pride and Prejudice, starring Keira Knightley. Her latest work is an adaptation of The Diary of Anne Frank for BBC1, filmed in five episodes starring Ellie Kendrick.

Moggach has been Chair of the Society of Authors, worked for PEN's Executive Committee and is a Fellow of the Royal Society of Literature. She lives in London.

Moggach is an international best-selling author who has spent her career 'moving back and forth' as she puts it 'between the interior world of the novel and the conflict-driven life of drama.' (World of Books, 2013)

During a career spanning four decades, she has earned a reputation for finding bittersweet social comedy in the theme of relationship and family breakdown. 'I like setting up a seemingly happy family,' she has said, 'and then planting a stick of dynamite in the corner of the room, light[ing] the touchpaper and watch[ing] what happens.' Kidnap, messy divorce and blackmail have often played a role. And, particularly earlier in her career, she also had an eye for topical themes and subjects. She tackled for example child abuse and surrogate motherhood, all with a deceptively light comic touch.

Moggach shrinks from being dismissed as mere popular novelist. Yet she is also scornful of the cerebral pitfalls of more self-consciously literary fiction. As she has remarked 'intellectuals can’t write novels- they burden characters with philosophical arguments. I’m a bit simple… I don’t write with a message- I don’t have more to say than anyone else. I try to see the world fresh, like a child.' (Country Life, 2010)

Her influences reflect this clear-eyed view of the value of fiction. She claims similarly direct writers such as Beryl Bainbridge as a mentor, telling the Financial Times that 'I have learnt a lot from reading her– about paring stuff down, not being too clever. I think John Updike sometimes came a cropper in that department. People spoke and thought too intelligently in some of his books, you couldn't believe a boozy car salesman would have such nuanced and complex ideas, you felt this was Updike imposing them on him.'

Her primary theme is the evergreen topic of relationship disappointment. Early work such as the novel Close to Home (1979), for example, told the story of two aspiring novelists and neglected partners who have a very North London affair whilst their partners are otherwise engaged. A Quiet Drink (1980) and The Ex-Wives (1993) also explored the complicated love lives of the urban professional middle class with dry wit. These novels were often breezy and undemanding, and though they led readers through dark matters of the heart, the journey was often amiable. Reviewing Close to Home in 1980, Kirkus Reviews had a point when they took aim at Moggach’s fascination with 'vacuous folks who muddle about trying to find themselves.'

There was also a more substantial and daring strand to her work of this period. Moggach earned a reputation for someone willing to offer bold commentary on controversial and topical taboo issues. These included the topic of how surrogacy can go wrong in To Have and to Hold (1986), and the issue of kidnapping and ransom in Seesaw (1996) which dealt with the abduction of girl from a rich family, with the narrative following both her family and her kidnappers. The way that book was framed exemplified Moggach’s deployment of narrative dynamite:

'Take an ordinary, well-off family like the Prices. Watch what happens when one Sunday seventeen-year-old Hannah disappears without a trace. See how the family rallies when a ransom note demands half a million pounds for Hannah’s safe return. But it’s when Hannah comes home that the story really begins. Now observe what happens to a family when they lose their house, their status, all their wealth. Note how they disintegrate under the pressure of guilt and poverty and are forced to confront their true selves…' In this category of ‘issue’ novels, could also be placed Hot Water Man (1982) and Stolen (1990) both of which looked at Islam and the West.

Perhaps her most notorious ‘issue’ novel, Porky (1983), dealt with child abuse and incest between a father and his daughter in the bungalow of their pig farm near Heathrow. Moggach has told how the narrative came to her in an instant:

'It was near Heathrow Airport and I saw, very clearly, a girl stepping out of the house. She was dressed as an air stewardess and I knew that her father had been having sex with her since she was 11 and the only way she could escape would be to fly away. She wasn’t there, of course– she was only in my head. But I had been thinking a great deal about incest– this was in 1981, when it was little spoken of– and suddenly the whole story told itself to me. The girl, Heather, told it to me. I just had to write it down, which I did, in a rush; it took about six months, flat out... That hinterland around an airport, a place for transients, is a strong presence in the book too. I was, and remain, haunted by Heather and her story, and still wonder about her, all these years later. She would be a middle aged woman now.'

The Observer admired what they called 'a compassionate, tough book' and the Daily Mail likewise praised its 'great compassion.'

It was when she turned to historical fiction that Moggach began her late career run of popular success. The novel Tulip Fever (1999) was set in the Seventeenth-Century Netherlands, and dealt with an artist who fell in love with a married woman. Though the novel was clearly based upon a degree of immersion in the historical context, she opted to retain the rhythm and flow of modern English, and the story was told in her typically accessible and lucid style from the outset:

'We are eating dinner, my husband and I. A shred of leek is caught in his beard. I watch it move up and down as he chews; it is like an insect caught in the grass. I watch it idly, for I am a young woman and live simply, in the present. I have not yet died and been reborn. I have not yet died a second time– for in the eyes of the world this will be considered a second death. In my end is my beginning, the eel curls round and swallows its own tail.'

The novel proved immensely popular, 'Moggach's book reads like a thriller' the New York Times declared 'it's a novel that ponders what it means to push things too far, and keenly examines what the consequences might be.'

'Tulip Fever did change my life' Moggach has said since, 'It did that thing that sometimes happens when a book takes off – it opened doors on to whole other worlds.' The film was slated for release in the mid-2000s but was eventually delayed, waiting until 2017 when it was finally redone and released.

Perhaps her most famous novel, and her most popular film adaptation to date, was a book that brought many of her themes– relationship breakdown, complicated romance, conflict between East and West– together. These Foolish Things (2004) told the story of elderly retiree expats living in India, and was transformed into the highly successful film The Best Exotic Marigold Hotel in 2012, with a stellar cast including Bill Nighy, Maggie Smith and Judi Dench. Since then Moggach’s career has returned to some of the characters and scenarios of her earlier work. Heartbreak Hotel (2013) returned to the terrain of The Ex-Wives, and to the character of the boozy ageing actor Russell ‘Buffy’ Buffery.

As Moggach told the Guardian in 2013, 'All I want is for people, when they read my books, to feel companioned' or as she has recently declared 'to feel they're not alone in the world.' With this refreshingly modest credo, she has nurtured an audience that has grown older with her, and remained as eager as ever to have her skewer the foibles and failings of love and life in middle age, complete with the odd stick of narrative dynamite.