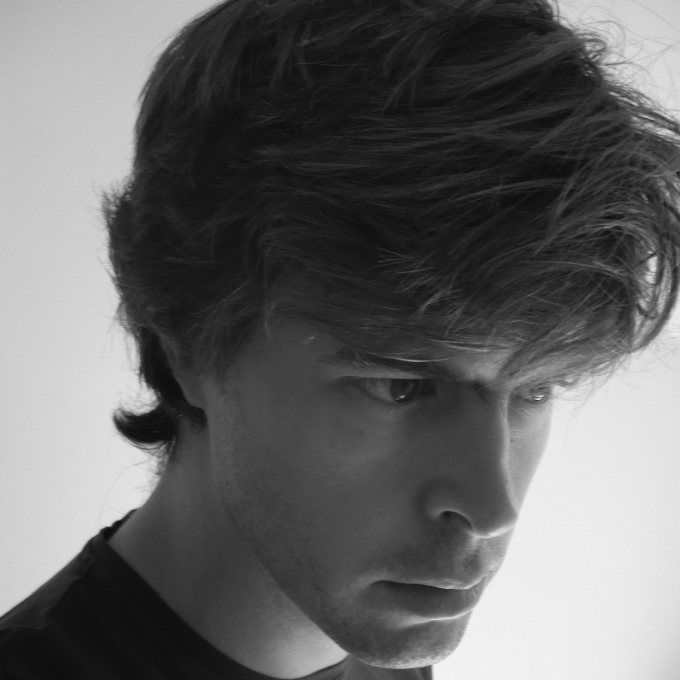 David Szalay was born in Montreal, Canada in 1974, moved to the UK the following year and has lived here ever since.

He went to Oxford University and has written a number of radio dramas for the BBC.

Szalay was awarded the Betty Trask and Geoffrey Faber prizes for his debut, London and the Southeast, and won critical acclaim for subsequent two books, The Innocent (2009) and Spring (2011). His next novel, a series of interlinked stories entitled All That Man Is (2016), was shortlisted for the Man Booker Prize.

In 2013 he was chosen by Granta as one of their prestigious list of Britain’s 20 Best Young Novelists’.

Having become the novelist-laureate of caustic workplaces and commutes with his acclaimed debut London and the South East, Canadian-born David Szalay has flourished into a versatile and admired contemporary author.

As The Independent remarked of his debut, “To read most contemporary fiction, you'd think real life was something that went on outside of working hours. David Szalay's novel puts work firmly where, in the majority of people's lives, it belongs – slap-bang in the middle.” He has since broadened his scope considerably, from the workplace to the romantic entanglements and disappointments of white collar London, and to the inner lives of Stalin’s own henchmen. His series of subtle novels have proved himself skilled at capturing what he calls in his novel Spring “figures of metropolitan loneliness”.

The first such figure was Paul Rainey, the brash protagonist of London and the South East (2008).Each morning, he is forced through a circle of hell: “for an hour he sits squashed against a wet window, someone else’s newspaper in his face, and a morsel of hashish under his tongue” Paul is a salesman and functioning alcoholic, commuting up from Brighton to Holborn to engage in the increasingly profitless business of selling advertising space in trade magazines - as he puts it “lying for a living … Trying to talk impatient strangers into doing what is not in their interests”.

Offered the choice to join a rival firm, he jumps at the chance, only to realise he has been deceived and is out of a job. Szalay charts his life’s spiral downwards through menial work and questionable behaviour. At his lowest, Paul is eager to work at Hove cemetery, “immediately excited by the possibilities of this – its rich nihilism, its ghoulish glamour, its echoes of Hamlet.” However, he eventually arrives at the realisation that he is trapped in his soul-destroying profession and must return, to the sales marketplace, and to the brutal London commute.

The action takes place in a series of foul workplaces, packed trains and bleak zone one Wetherspoon pubs. Szalay has his characters repeatedly reference David Mamet’s drama and screenplays, and the novel has been rightly classified as  “a Connex South Eastern Glengarry Glen Ross, suffused with a sense of the salesman's sleepless despair” (Guardian, May 2009. Szalay’s novel won plaudits for the its accurate depiction of the emptiness of sales work, the lies at the heart of the knowledge economy, and the peculiar hell that the intercity commuter carriage conspires to inflict upon the working mind.

As the Independent notes, “The novel is brilliant on the day-to-day texture of the workplace – the rhythms, routines and procedures, the spite, envy, resentment and camaraderie, the all-embracing familiarity of the environment, the lunch-hours in the pub, the chorus of "How was your weekend?" on Monday morning, the shadowy sense one has of the lives of one's co-workers outside the office.” (April 2008).  The Financial Times observed favourably that, “Comedy has been the most common vehicle to explore the drudgery of work – from Scott Adams’ comic strip, Dilbert, to the TV hit show The Office … David Szalay’s superb debut novel, London and the South-East, adds an edge of nastiness to the humour.” (March 2008). Some simply saw it as a welcome state-of-the nation triumph, with Rachel Cusk praising it in the Guardian as “one of the best English novels of recent years.” (May 2011).

For his second novel, Innocent (2009) Szalay changed track entirely, conjuring up the character of Aleksandr, a former Soviet KGB major. During the years following the Second World War, he had been sent to the Urals to investigate the potential treachery of Antaloy Yudin, a pianist who had returned from disappearance with apparent amnesia. Twenty four years later, the narrator looks back on these events from the very different Cold War atmosphere, which Szalay establishes through references to the Fischer-Spassy chess tournaments. In 1972, with his Stalinist faith now questioned, the narrator interrogates his memories and the effect the case had on himself and on those he loved most. Through a narrative with several chronological layers, Innocent develops into a fascinating character study. As Aleksandr remarks of his memories, looking back “the sense he has is not so much of the place as of himself as he was then, when he was there, in 1948,” and the novel is not so much a historical excursion as an attempt to enter into the mind of a conflicted self-analytical individual.

Though it might seem a drastic detour from the contemporary concerns of his debut, the immediacy and believability that Szalay brought to Paul Rainey was not lost. Though “expertly researched”, the Guardian were relieved that “it feels authentic, and wears its learning reassuringly lightly” (August 2009).  The Independent agreed that whilst “Szalay's multi-layered narrative does not make for an easy read, and his knowledge of the period is formidable, he twists both the politics and the human drama into an intelligent, commanding shape that draws us irresistibly on” (August 2010).

Szalay's third novel Spring (2011) is a muted and subtle study of a doomed relationship.  It begins with one of its central characters James, a failing dot-com entrepreneur returning back to his tiny Bloomsbury flat, reflecting on a moment of “strangeness” in his fledgling love affair with the remote and ambivalent divorcee Katherine: “the strangeness of that moment has been there ever since. It started on Monday at the poolside, and has just not stopped”. This moment pervades the book, and the atmosphere of thwarted ambitions and unfulfilled promise leads to a certain kind of autumnal gloom that Szalay captures extremely well: “these days, to imagine other things – new things – leaves him feeling exhausted.” Following the interior workings of its characters with generosity and Henry Jamesean precision, it develops into a study of the failure of emotion, and how the protagonist feels that “from the start, it seemed to him now, he had not felt enough. At the important moments, there was just an insufficiency of feeling”

Spring is also an excellent study of the melancholy disconnection of the modern capital. As the characters run through the canals of East London, we are presented with an eloquent study of atomized urban life: “He used to eye the men fishing from the towpath with scepticism when he jogged past them. He never saw them enjoy so much as a twitch on their lines. They just perched on stools, and inspected their seething maggot jars. Were there any fish in that oily water?”

To Chris Cleave in the Guardian, the book was “a brave and intelligent novel. Anyone can write lightly about sunshine or darkly about the night, but it takes a novelist of Szalay's skill and ambition to write with brilliance about twilight.” “Szalay”, he concluded, “excels in the patient dissection of emotional self-concepts”. (July 2011). And yet the novel is often so quiet and muted that it loses a lot of its force, and certainly some of the urgency that was present in London and the Southeast. In Spring, the tendency towards “patient dissection” threatens to reach its limit. As the reviewer in the Daily Mail noted “despite the lambent prose, which glitters and glints, Szalay’s writing can’t quite conquer the abject flounderings of his characters,” whose sexy but ultimately mundane middle class ennui is less than compelling. (August 2011)

Despite his Canadian origins, and despite his international setting of The Innocent, Szalay has been labelled “a very English novelist … [with] an English obliqueness to the way in which the characters reveal themselves to the reader and to each other” throughout his works.” (The Guardian May 2011). His inclusion on the Granta’s 2013 list of prestigious ‘Best Young Novelists’ has confirmed his status as a rising star of contemporary British writing.