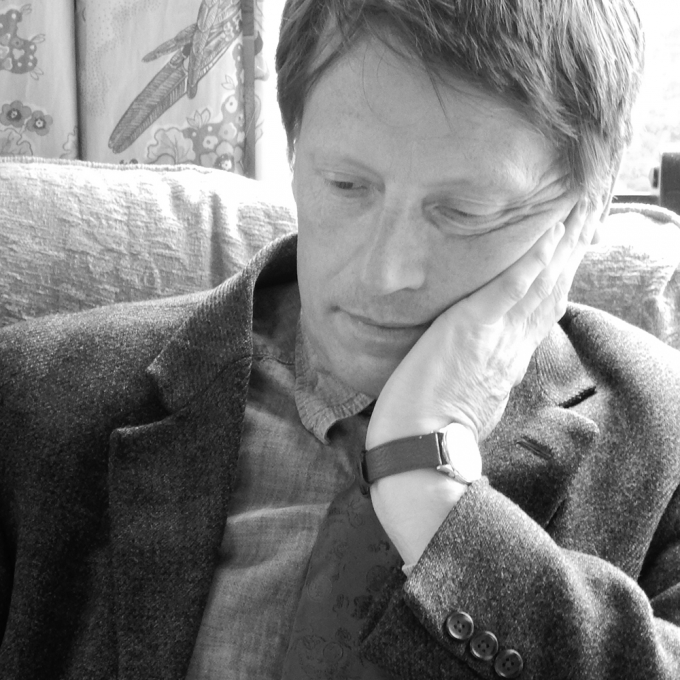 D.J. Taylor was born in 1960, studied at St John's College, Oxford and is a writer and critic.

He is also well-known for his biographies: Thackeray (1999); and Orwell: The Life, published in 2003 to coincide with the centenary of Orwell's birth. This book won the 2003 Whitbread Biography Award.

D. J. Taylor is also a critic and reviewer, and his journalism appears in a number of newspapers and magazines, including The Independent, The Independent on Sunday and The Guardian.

D.J. Taylor’s fiction contains numerous descriptions of East Anglia, his home territory. In his latest novel, Kept: A Victorian Mystery (2006), he envisions it as a ‘land of winding backroads and creaking carts and windmills, a land of flood, and eels and elvers and all that comes from water’. This tells a tale that centres on a decaying grand house in the Fens inhabited by a reclusive collector; but the twist is that the narrator turns out to be borrowed from the conventions of the Victorian novel, as are many of its melodramatic incidents and its cast of minor characters. But this is far from a postmodernist parody; it is a skilful and entertaining homage to the kind of fiction that Taylor, as a literary critic, has always advocated. Opening in 1863, with the death of Henry Ireland in a supposed riding accident, several plot lines are gradually interwoven, with police investigations, and an audacious robbery on a cross-channel train. There are tense episodes in the Highlands; amongst London’s lowlife; and even a madwoman in the attic. Taylor stirs into the mix a pastiche article by Dickens, documentary sources on an actual train robbery in 1855, and flavours the dialogue with Norfolk dialect words. Yet the novel’s abiding impression is what Hilary Mantel has previously called ‘a flatlands melancholy that is all his own’.

D.J. Taylor is a Man of Letters, almost in the old-fashioned sense, equally adept as a critic, novelist, and biographer, continually giving his opinions as a literary journalist and broadcaster. He particularly identifies with the busy lives of William Thackeray and George Orwell, often citing the latter’s essays ‘Why I Write’ and ‘Confessions of a Book Reviewer’. His most recent book, Bright Young People: The Rise and Fall of a Generation 1918-1940 (2007), continues his penchant for social history, concerning ‘the youth cult’ between the wars. Taylor is a wide-ranging literary critic, and he first came to prominence with A Vain Conceit: British Fiction in the 1980s (1989), attacking the London literary establishment. In After the War: the Novel and England since 1945 (1993) he took an unfashionable stance, asking ‘what has gone wrong?’ and ‘Is the novel of "character" no longer possible?’ Connecting developments in the novel to post-war British history, he argued for the merits of neglected or ‘provincial’ novelists. Indeed, in his closing statement, ‘England Made Me’, Taylor opposed ‘the metropolitan, the slick and the contrived’, in favour of ‘the provincial, the pastoral and the commonplace’.

Taylor’s own novels tend to be ‘regional’, acutely observing movements in economic class and full of vanished social details. Three have been recently re-published in a one-volume edition, including Trespass (1998) and The Comedy Man (2001). Trespass is an ambiguous morality tale of the rise and fall of a financial entrepreneur during a time when ‘England was full of trespassers, people who had come from nowhere to somewhere’. This includes the main character George Chell, who is ‘marooned’ in a Suffolk seaside hotel, recounting his council estate childhood and involvement with his Uncle’s insurance schemes. At one point he asks rhetorically, ‘Have you studied the careers of the swindlers in Victorian novels?’ There is a Dickensian delight in its supporting characters, such as gossiping hotel owner Mr Archer, and Ekwall who looks like George Orwell and has his ‘curious, drawling upper-class cockney voice’. The Comedy Man (2001) relates the racy showbiz career of comedy double act Arthur Upward and Ted King. As told by ‘Yarmouth boy’ Ted King in semi-retirement, their relationship moves from National Service days to television fame during the 1970s and eventual eclipse by the rise of ‘alternative comedy’. But what is most interesting about the book is its structure; the chapters are interspersed with Upward and King sketches, interviews - even a Kenneth Tynan review of their act in 1973 - and some gloomy ruminations on comedy. To the manic-depressive Upward, ‘Life … was pretty much like the experience of telling jokes in front of a crowd of 500 people’.

Taylor is best known for the biographies of his literary ‘heroes’. Thackeray (1999) begins with an account of the novelist’s funeral, and his own rain-soaked search for the grave at Kensal Green cemetery. It ends by quoting the elegiac conclusion to Vanity Fair, and states that ‘among the millions of words … his true spirit resides’. It faithfully captures a crowded life within ‘the mid-Victorian ant-heap of scurrying literary journeymen, family connections and importunate hostesses’. Thackeray’s family and social life was blighted by his wife’s mental illness (which Taylor borrows in Kept), his continual need for money, his ‘monotonous quill-driving’. A conventional biographical structure is diversified by interspersing the chapters with fictional views of Thackeray; by George Eliot, a waiter, a theatrical manager, and an engraver for Punch magazine (‘A haughty kind of a cove, then, looking at you over his eye-glass’). We also view Taylor himself as a biographer in search of his subject, visiting associated places in Kensington Square Gardens or ‘walking up the main staircase of the Garrick Club’. And, in ‘Why Thackeray Matters’, he brings his critical self to bear, arguing the case both for and against him being considered the greatest English writer of the 19th century.

As Taylor points out, Thackeray’s influence on Orwell was ‘considerable’. In the Whitbread Prize-winning Orwell: The Life (2003), Taylor not only recounts his literary career but shows how Old Etonian Eric Blair of the Burma Police became the iconic socialist author George Orwell, describing him as ‘a man who … stage-managed his own life’. Though claiming his ‘centrality to a whole area of our national life’, the book is a somewhat revisionist view, away from Orwell as a saint of the Left; ‘he could forsee Fascism because he had a Fascist streak in himself’. Orwell’s energetic pursuit of love affairs comes as something of a revelation, as does his admiration for Henry Miller’s banned books. Again, the life-story is augmented by interludes; they discuss the novels, ‘Orwell’s Face’, re-discovered images of him, and ‘Orwell’s Voice’ (‘Duke of Windsor cockney’).  And in ‘The Case Against’, Taylor argues against the political impact of Animal Farm - an anti-Stalinist satire that originally had difficulty in finding a publisher - and 1984 on the Cold War. ‘Orwell dominates the NATO landscape because a gang of right-wing politicians and their media accomplices decided that he should do’. On a lighter note, in ‘Orwell’s Things’, he ruefully recounts his initial joy at acquiring Orwell’s stapler, only to find that such items are a perennial fundraiser for Tribune magazine. In its critical incisiveness, productivity - and sense of Englishness - Taylor’s own writing career continues to be well worthy of his heroes.

As a novelist I am interested in deracination, people who move from one environment to another and are forced to cope with the emotional consequences of the transit and the gap between their real and imagined lives. My non-fiction work is predominantly undertaken with the aim of feeding, clothing and educating my growing family.