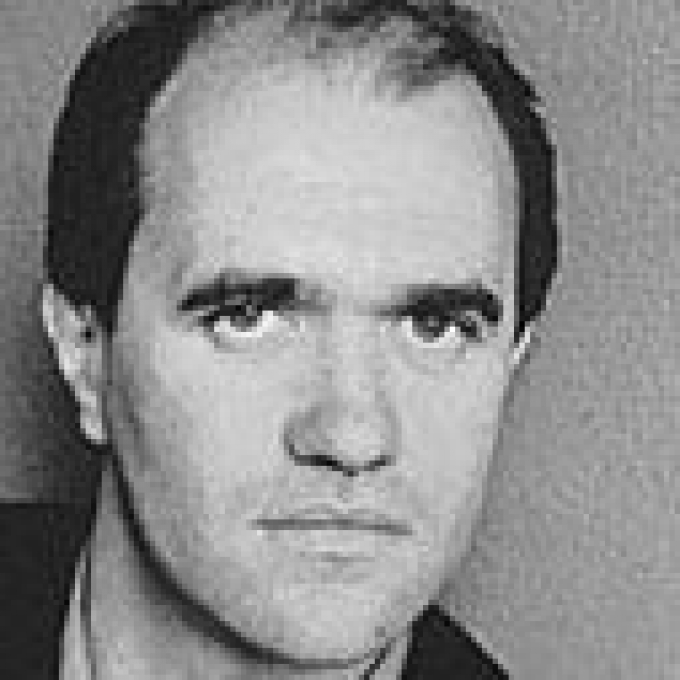 Irish novelist and journalist Colm Tóibín was born in Enniscorthy, Co. Wexford in Ireland in 1955 and was educated at University College Dublin where he read History and English.

After graduating, he lived and taught in Barcelona, a city that he later wrote about in Homage to Barcelona (1990). He returned to Ireland and worked as a journalist before travelling through South America and Argentina. He is the author of a number of works of fiction and non-fiction and is a regular contributor to various newspapers and magazines. He was awarded the E. M. Forster Award in 1995 by the American Academy of Arts and Letters and is a member of Aosdána, an Irish organisation founded to promote the arts.

His first novel, The South (1990), set in Spain and rural Ireland in the 1950s, is the story of an Irish woman who leaves her husband and starts a relationship with a Spanish painter. It was shortlisted for the Whitbread First Novel Award and won the Irish Times Irish Literature Prize for First Book. Eamon Redmond, the central character in The Heather Blazing (1992), is a judge in the Irish High Court, haunted by his own past and the history of modern Ireland. The book won the Encore Award for the best second novel of the year. His third novel, The Story of the Night (1996), is set in Argentina during the Falklands War, while The Blackwater Lightship (1999), describes the uneasy relationship between a grandmother, her daughter and granddaughter, brought together by a family tragedy. This book was shortlisted for the Booker Prize for Fiction. The Master (2004) won and was shortlisted for several awards, including the International IMPAC Dublin Literary Award.His non-fiction includes The Sign of the Cross: Travels in Catholic Europe (1994) and The Irish Famine (1999) (with Diarmaid Ferriter). He is editor of The Penguin Book of Irish Fiction (1999). Love in a Dark Time: Gay Lives from Wilde to Almodovar (2002), consists of a number of essays some of which had previously been published in the London Review of Books. In 2002 he became a Fellow at the Centre for Scholars and Writers at New York Public Library, enabling him to research the life of Irish dramatist Lady Augusta Gregory for his book Lady Gregory's Toothbrush (2002). All A Novelist Needs: Colm Tóibín on Henry James, a collection of critical essays, was published in 2010.

Colm Tóibín lives in Ireland. Recent books include the novels Brooklyn (2009), winner of the 2009 Costa Novel Award;The Empty Family (2010), a collection of short stories; The Testament of Mary (2012), shortlisted for the Man Booker Prize; Nora Webster (2014), and House of Names (2017). He has also published New Ways to Kill Your Mother (2012), a book of essays. He is Professor of Creative Writing at the University of Manchester.

Colm Tόibín grew up in Enniscorthy, Co. Wexford, and attended University College, Dublin, before moving to Barcelona for three years in 1975. He is openly gay. His grandfather was actively involved in resistance to British rule in Ireland, took part in the Easter Rising of 1916, and later became a political prisoner for the Cause. His father was a member of Fianna Fáil, historically the dominant political party in Ireland, founded by Eamon de Valera.

These apparently incidental details seem, however, to be profoundly important in shaping the work of this writer. His works of fiction often recount experiences that seem to build in unexpected ways from the author’s own. In The South, his first novel, published in 1990, an Irish protestant woman deserts her family and child and moves to Barcelona at the height of Franco’s rule, eventually settling with a new lover in the Pyrenees. His second novel, The Heather Blazing (1992), set largely in the author’s native Wexford (the novel’s title recalls a line in the Nationalist song ‘Boolavogue’, itself named for a Wexford village close to Enniscorthy), recounts the life of a High Court judge and charts the development of Fianna Fáil. In his third, The Blackwater Lightship (1999), the narrator, an Irish teacher, learns that her homosexual brother is an AIDS sufferer. The novel focuses on the resolution of deep-set family feuds, and the emotional lengths to which three women of different generations in the same family must go in the name of love and mutual understanding.

These books, together with The Story of the Night (1996), garnered much positive criticism – The Heather Blazing was even shortlisted for the Booker Prize for Fiction – and marked Tόibín out as a writer with a distinctively muted, but natural, mode of narration. A personal closeness to many of the themes he explores is perhaps partly responsible for the striking realism and subtlety of his stories: they rely on the fascination of commonplaces. He is a master at exploring the mixed motives and tacit exchanges and torn senses of identity that make us who we are, hold things together, tear them apart. It has been said that not much happens in his fiction, and on one level this is often true, but his work is thick with human uncertainties, frailties, exploitations, love, carelessness and all of the multifarious things that make us what we are. He marries a sparseness of tone and narrative with a superabundance of suggestion and possibility. It is a compelling mixture. His most recent novels, The Master (2004) and Brooklyn (2009), are both, in a sense, historical. The former charts the life and inner turmoil of Henry James, fraught with tension at his sexuality and his limitations and his need to turn to writing. The latter focuses on a young Irish émigré to New York in the 1950s. After a repressive introduction to life and work in America, she falls in love with an Italian, whom she marries. However, when her sister dies in Ireland, she must go back to pay her respects. After returning from her new homeland, she falls immediately back into the routines of a familiar life – an experience much unlike the one she had faced after initially arriving in America. She does not tell anyone about her marriage and begins a relationship with a local man; her mother is desperate for her to marry him and settle back home. However, someone discovers the secret, and under the threat of it being uncovered she decides to bring everything out into the open herself and to return to New York. Thus, we are given the sense of a life moved around by a potent cocktail of destiny and will, of social propriety and needs that do not conform to it.Tόibín’s greatest achievement, perhaps, is his deftness at exploring fractured identities and loyalties, not least when they concern the particularly modern phenomenon of willed geographical deracination. Many of his characters have split identities, are distanced from all they think of as home but also know why they left in the first place. By belonging in two places they also belong nowhere. The past haunts them but they cannot escape either into it or from it. This is at the heart of Brooklyn, of course, at least up to a point. But in recent years Tόibín has published two collections of short stories, many of which are concentrated studies of identities fractured. Mothers and Sons (2006) explores aspects of the relationship suggested by the title, and includes meditations on the tensions between Catholicism and homosexuality. The Empty Family (2010) builds on this. The Irish narrator of ‘One Minus One’, for instance, remembers having to return from Manhattan because his mother is dying. It is a tale that recalls Brooklyn, but lacks the resolution. Paul, the middle-aged protagonist in ‘The Colour of Shadows’, a native of Enniscorthy now living in Dublin, is faced with stark reminders of how his family found his homosexuality hard to cope with. He returns to his hometown in order to put his aunt, who raised him after he was abandoned by his alcoholic mother, into sheltered accommodation. His bedroom in her house now seems ‘shabby and strange, almost unfamiliar’ and he cannot bear to stay there. All the same, he still regards the town as his home. The narrator of the title-story, another Enniscorthy native who has been living in San Francisco but who has now returned to Ireland, remembers driving to Point Reyes in California in order emotionally to return ‘home to my own forgiving sea’, but he now realises that home was little more than ‘some graves where my dead lay’ on the edge of his native town. In Ireland, he again finds himself looking at a wave: 'It had an elemental hold; it was something coming towards us as though to save us but it did nothing instead, it withdrew in a shrugging irony, as if to suggest that this is what the world is, and our time in it, all lifted possibility, all complexity and rushing fervour, to end in nothing […].'The book is full of such quiet, vivid epiphanies of belonging and estrangement.Most widely recognised as a writer of novels and short stories, Tόibín is also a playwright, a memoirist, a critic and now a poet. In 2011, the Times Literary Supplement published ‘Cush Gap 2007’, named for a location in Wexford that is also found in some of Tόibín’s fiction. It draws on a familiar theme, evoking a house ravaged by indifferent ‘sea-wind’, ‘Whose foundations I will steer / Tomorrow on a different course’.