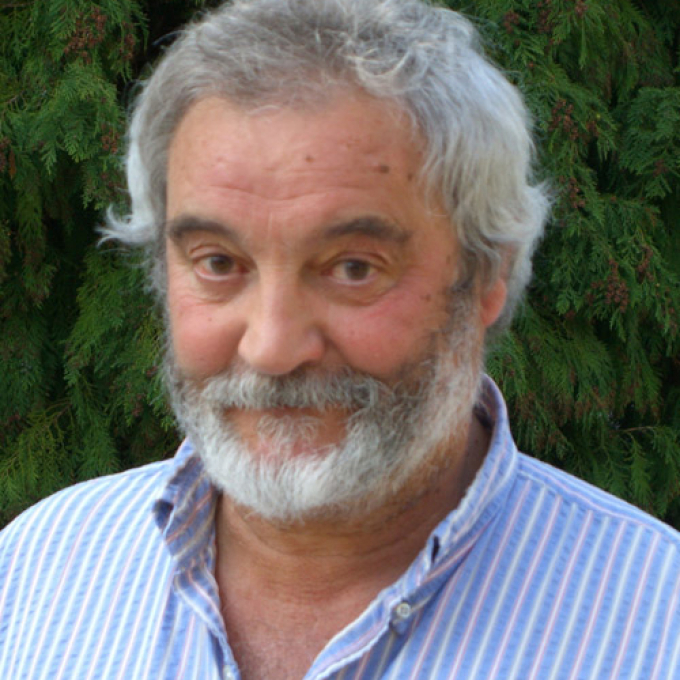 Biologist and writer Colin Tudge was born on 22 April 1943 in London, and was educated at Peterhouse, Cambridge.

He worked as a journalist and was features editor for New Scientist magazine between 1980 and 1984, before joining the BBC where he worked on science programmes for BBC Radio, presenting the regular programme 'Spectrum'. He is a regular contributor to newspapers and magazines including The Independent, The Times, Natural History and the New Statesman. He is a former member of the Council of The Zoological Society of London and since 1995 has been a visiting Research Fellow of the Centre for Philosophy at the London School of Economics.

Two of his books have been shortlisted for the COPUS/Rhone Poulence Science Book of the Year: Last Animals at the Zoo (1991) and The Engineer in the Garden (1993). The Day Before Yesterday (1995) won the B.P. Conservation Book of the Year Award. Further books are The Secret Life of Trees (2005) and Feeding People is Easy (2007).

Consider the Birds: Who They Are and What They Do (2008), was followed by Good Food for Everyone Forever in 2011. A year later, Why Genes Are Not Selfish and People Are Nice argued in favour of the idea that humans are naturally cooperative, contrary to the popularised view voiced by certain genetic biologists.

Colin Tudge cut his teeth as a science writer on the New Scientist at a time when the magazine had shifted from being an advocate of scientific gee-whizzery to a fairly severe critic of mainstream science, in the environmental years following the 1972 Stockholm environmental conference.

He has specialised in food and agriculture and, widening the scope, biology in general, especially genetics. He is extremely prolific. The Famine Business (1977) was a critique of big agribusiness but it was a reasoned critique rather than a blast of the eco-terrorism we are so familiar with.

His concern was with rational agriculture in an austere world - a world that seemed likely after the oil shocks of 1973 but which hasn't come to pass: irrational and decadent would be more accurate. But Tudge is a writer, not a prophet, and there is a brisk and burly Cobbettian commonsense about many of his opinions, for example:

'But the general point, which should be written in letters two feet high above the bed of everyone interested in the world's food problems, is that a nation that gets its cereal production straight need have no food problems.'

An opinion Cobbett would not have approved of - refreshing nonetheless - is his high estimate of the potato, which contains pretty well all of the vital nutritional ingredients.

Colin Tudge has written a number of books (including some that are co-authored). He has specialised in genetics, especially human and animal evolution and the fate of species. His views cut across established stereotypes and he has a droll style well suited to his message. The Engineer in the Garden (1993) is one of his pivotal books and one of the most cogent expositions of genetic engineering we have. Discussing malaria, he says:

'To be sure its impact has been overshadowed somewhat in recent years by AIDS. But each human being dies only once and malaria does a very good job on its own.'

Tudge is not alarmist about the social and ethical implications of GM technology. Whilst being wary of specific problems that could emerge he says: 'It is surely appropriate to be thrilled by the new genetics.'

His level-headedness is most apparent in his reaction to a radical alternative theory of biology - Rupert Sheldrake's theory of morphic resonance. Tudge believes, like all scientists, that life is a property of certain complex aggregations of matter - there is no vital spark that lifts it above mere chemistry and biochemistry. But of Sheldrake's idea that there are forming patterns in the world that do not reside in matter, he says:

'The idea is strange but interesting; the kind of idea that one feels in one's bones is wrong but if correct would be revolutionary.'

On the supposed dangers of high technology he is consistently rational and thoughtful, for example on the idea that computers facilitate the Big Brother state:

'You do not need a computer to run a police state. You just need informers, and an army of disaffected strong men with heads that go straight up at the back.'

Farming runs through his oeuvre. In 1977 he co-authored a self-sufficiency manual with Michael Allaby, Home Farm: Complete Food Self-Sufficiency. One of his most interesting ideas is that the conventional idea of the emergence of agriculture is wrong. The book in which this thesis is elaborated is The Day Before Yesterday (1995), a history of human beings from the beginning. Agriculture is generally supposed to have been the foundation of culture because the surplus it produced enabled large numbers of people to be detached from subsistence and to concentrate on other trades and arts. But all early cultures have a myth of the golden age before agriculture. Hunter-gatherer life was generally easier than agriculture and, contrary to widespread belief, hunter-gatherer societies did develop elaborate cultures. Agriculture meant expulsion from the garden: 'In the sweat of thy face shalt thou eat bread, till thou return unto the ground'. For those actually doing the work, agriculture has been a miserable experience for most of recorded history. That surplus in most cases allowed the development of an aristocracy and priesthood who oppressed the agricultural workers. Tudge suggests that hunter-gathering and farming co-existed for a long time - as in the tale of Cain and Abel (and it was the farmer who was the murderer, not thehunter) but that just as computers are wiping out old ways of doing things once farming began its logic was remorseless, even if grim.

Tudge also believes that the domestication of wild species probably began with trees rather than grains and that the domestication of some animals happened almost automatically. In a wild state some animals exhibit commensalism, ie they live together because there are mutual benefits. Sheep, especially, are likely to have attached themselves to human bands quite early on.

In 2000 Tudge co-authored a book (The Second Creation: Dolly and the Age of Biological Control) on Dolly the cloned sheep, with the two scientists, Ian Wilmut and Keith Campbell, who carried out the experiment. Although Tudge set himself to tell the story of the protagonists, his own epilogue is characteristically wise. On the argument that hi-tech biology is too difficult for the lay person to grasp and therefore beyond democratic control, he says: 'biology, in the main, is not counterintuitive [as quantum physics and cosmology are]. It is merely complicated, like chess orthe plot of As You Like It: anyone can understand it if they put their minds to it'.

In The Engineer in the Garden, Tudge added a perceptive gloss on the Two Cultures debate in Britain: 'We live in a society dominated by science and technology, but we do not live in a science "culture"'. But science must eventually enter the general culture: in his books, Colin Tudge has contributed much to bring that rapprochement to fruition.

2012
Why Genes Are Not Selfish and People Are Nice
2011
Good Food for Everyone Forever
2008
Consider the Birds: Who They Are and What They Do
2007
Feeding People is Easy
2005
The Secret Life of Trees
2003
So Shall We Reap
2000
In Mendel's Footnotes
2000
The Variety of Life: A Survey and a Celebration of All The Creatures That Have Ever Lived
2000
The Second Creation: Dolly and the Age of Biological Control
1998
Neanderthals, Bandits and Farmers: How Agriculture Really Began
1995
The Day Before Yesterday
1995
The Food Connection: the BBC Guide to Healthy Eating
1993
The Engineer in the Garden
1991
Global Ecology
1991
Last Animals at the Zoo
1988
Food Crops for the Future: the Development of Plant Resources
1980
Future Cook
1977
The Famine Business
1977
Home Farm: Complete Food Self-Sufficiency

I very much enjoy the craft of writing (and it is primarily a craft. Art is a bonus). But also: I like to get my thoughts straight - and writing is the best way to do this. I would like to write more about philosophy, politics and religion, and their relationship to science. So far I haven't done much in these fields but I'm leaning more and more in those directions.