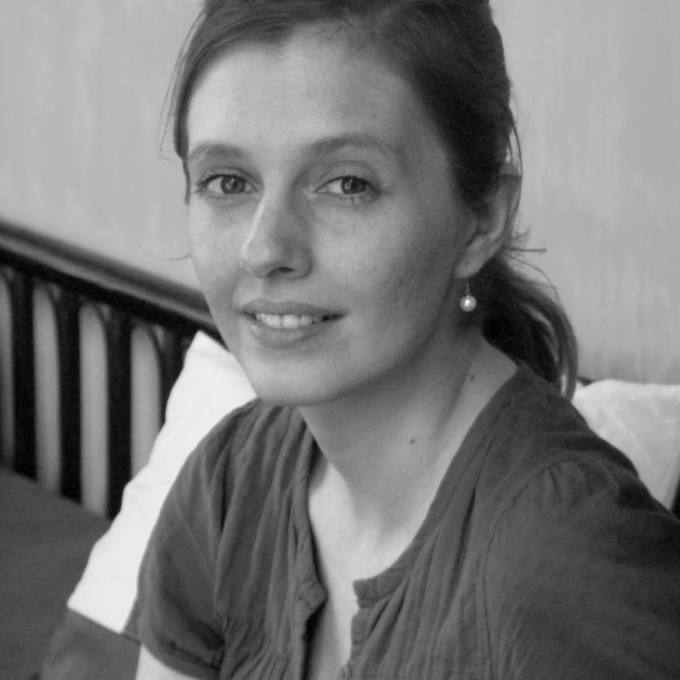 Clare Wigfall is a British writer, born in Greenwich, London 1976.

She spent her childhood in Berkeley, California before moving back to London, and she began writing at an early age.

She was educated at James Allen's Girls' School, and the University of Manchester, before winning the Curtis Brown UEA fellowship to study on the University of East Anglia's Creative Writing Master's Programme.  Since then she has lived in Prague, Berlin and Edinburgh,

Her stories have been published in Prospect, New Writing 10, Tatler, new anthology X-24: unclassified and The Dublin Review and commissioned for BBC Radio 4.

Clare's highly acclaimed debut book of stories The Loudest Sound and Nothing was published in the UK by Faber & Faber in September 2007.

Most recently, she received the K Blundell Trust Award for a young writer whose work enhances social consciousness, and was longlisted for the Sunday Times EFG Bank Short Story Award.

Clare Wigfall is a British fiction writer whose debut collection of stories The Loudest Sound and Nothing has made her one of the most promising young practitioners of the form.

Wigfall got her big break in writing when, aged just 21, an editor from Faber invited her to take as long as she liked to write whatever she liked. She spent the next decade working up to her debut collection, living mainly in Prague and Berlin.

In a fiction marketplace so dominated by the novel, shorter form writing tends to be both underappreciated and marginalized. So it is particularly rare for a contemporary writer to debut with a collection of stories. Yet Wigfall managed this feat with her much admired debut in 2007, going on to win the BBC National Short Story Award for the story ‘The Numbers’ the following year.

From a writer’s perspective, short stories hold out what Wigfall considers to be two particularly useful demands.  First, the technical constraints imposed by the form’s concision. “Writing a short story is a bit like walking a tightrope with no safety net,” she explains:

Due to their diminutive size, you can’t possibly include everything, so you’re forced to rely on your reader to fill in the gaps — that’s exciting, and it’s one of the particular challenges of the form that I love, but it’s also scary because you have to relinquish control to an unknown” (Short Form interview, 2003)

The second aspect is what Wigfall sees as the implicit need for “personal investment” from the reader.

I believe this is why the very best short stories can haunt you long after you’ve read the concluding line, because so much of the experience is not just about the words on the page, but is individual to you and the way your own brain interprets and digests what you’ve read. There’s something magical about that.’

Of her own literary inheritances, she claims short form masters such as Karen Russell, J.D. Salinger to Alice Munro and Yiyun Li as major influences on her work.  But just as important as literary predecessors, she claims, has been the influence of music. Dirty Three, John Fahey, Jolie Holland, Bonnie "Prince" Billy, Jefferson Airplane, Cat Power and a healthy dose of Bach: all have exerted a traceable influence on the stories in her first collection.

Written over the course of a decade, the stories of The Loudest Sound and Nothing are strikingly varied in time and place. Wigfall’s action ranges from high society LA and suburban England and back in time to a distant point on sparse Scottish Islands. Her range is particularly impressive, inhabiting the minds of 1930s criminals Bonnie and Clyde, California socialites at costume balls, and children discovering buried secrets in their garden. One of the most ambitious, "The Ocularist's Wife", takes place during the 1870-71 siege of Paris, and relates the struggle of a young woman to escape the confines of her husband’s eyeglass business, amidst the seismic struggle dominating city life.

These uncanny tales are spare in both a descriptive and narrative sense. Some of the stories were notable for their economy, condensed into only a few taut pages. Her style is concise and tautly structured, eschewing elaborate metaphor or extraneous description. Often focused on the discovery and relation of secrets, the characters are all engaged in often fruitless or dangerous quests for truth, and Wigfall conscripts the reader into solving the same puzzles that occupy her characters, often withholding key information. And her effect often relies upon disorientation and surprise, with an impressive line in reveals at the end of tales, which lends these pieces an emotional heft.

Wigfall is conscious that her stories often take a dark tone, and claims important precursors for such an approach. “I remember reading an interview with Ian McEwan” she recalled “in which he was asked why his subject matter was so often so very dark (I highly recommend his early stories, by the way). He responded that the writing was a way to explore the subjects that frightened him from a point of safety, to help work through those fears. This struck a chord with me.” (www.theshortform.com, 2003)

Reviewers were impressed with Wigfall’s range and execution. The Times praised her “economy” and “understated, elliptical style.”; the Observer marveled at how a mere “tight, masterful sentence” could transform a story.  Writing in the Guardian, Nicola Barr observed “it is rare to come across a short-story collection from a new writer these days, never mind from one who is so good she gives you chills.” The twists and narrative ingenuity of these stories, the review continued, “forces you to read her stories again, slowly, to be convinced of how brilliantly constructed and beautifully rendered they are. This debut collection is energisingly, awe-inspiringly, intimidatingly good.” Emma Jacobs in the Financial Times write thought the stories “haunting and tantalising ... the book is a journey that moves easily between continents and time ... Wigfall inhabits these terrains completely.”

However, some readers found the sheer economy of Wigfall’s storytelling worked against him. “A few of the stories" The Times complained, "are so pared down as to seem inconsequential – stylistic exercises, rather than fully developed works - but overall, this is a satisfying introduction to a gifted new writer.” The Irish Times conceded that, though her spare style helped “create haunting and memorable stories … at times Wigfall falls short of the ambitious standards she has set - too often her stories end with overly-familiar gestures.”

For Nicholas Royle in Time Out, though, this was all part of her gift for the uncanny.He praised the collection as “very, very good. The quality of the writing grips you from the beginning. She writes beautifully, with not a word out of place. Beyond the prose itself, there is something compelling about the narrative … it's precisely because of what she leaves out that what she leaves in is so riveting … There's a darkness at the heart of many of her tales that's redolent of Ian McEwan at his best … the best stories are outstanding examples of the form.”

One of the stories proved particularly successful.  "The Numbers" was set in an unnamed past in the Outer Hebrides. It centred on a young woman crofter with a gift for mathematics finds an abandoned baby in the mist, and other islanders tell her that it is cursed. The Times review of the collection had singled this out for praise, commending “a tale of loss in language so restrained that it seems devoid of emotion. With little to stimulate her intellect and few kindred spirits to confide in, Peigi takes refuge in the regularity of numbers - until an event occurs that is so traumatic even this is no help to her.”

In 2008 the story won the internationally renowned BBC National Short Story Award, beating off much better known entrants, such as the twice Whitbread winner and Booker-nominated Jane Gardam. Prize judge Martha Kearney praised what she called Wigfall’s “evocation of superstition and frustrated lives” and spirited “historical ventriloquism,” exclaiming that it was "exciting that a relatively unknown voice, in fact the youngest writer on our shortlist, has distinguished herself amongst some very well known authors as a leading talent in the world of storytelling.”

Wigfall’s next project is a novel, set in British Malaya, inspired by the life of her grandmother, drawing “on family history, but only very loosely.” It promises to offer a larger canvas on which this versatile writer can continue to project her austere blend of the uncanny.

2011
Has Anyone Seen My Chihuahua?
2007
The Loudest Sound and Nothing

@clarewigfall @whithaugh I'd forgotten this. I once started writing a story that had the first line 'My father is a fish.' I didn't realise I'd stolen it.
(2 hours ago)

@clarewigfall This is so true. Lockdown has allowed my family of night owls to embrace our natural sleep rhythms and a part of me… https://t.co/pDP8JZKsaT
(7 hours ago)

@clarewigfall @VanessaGebbie Happiest of lockdown birthdays to you, Vanessa! xx
(1 days ago) 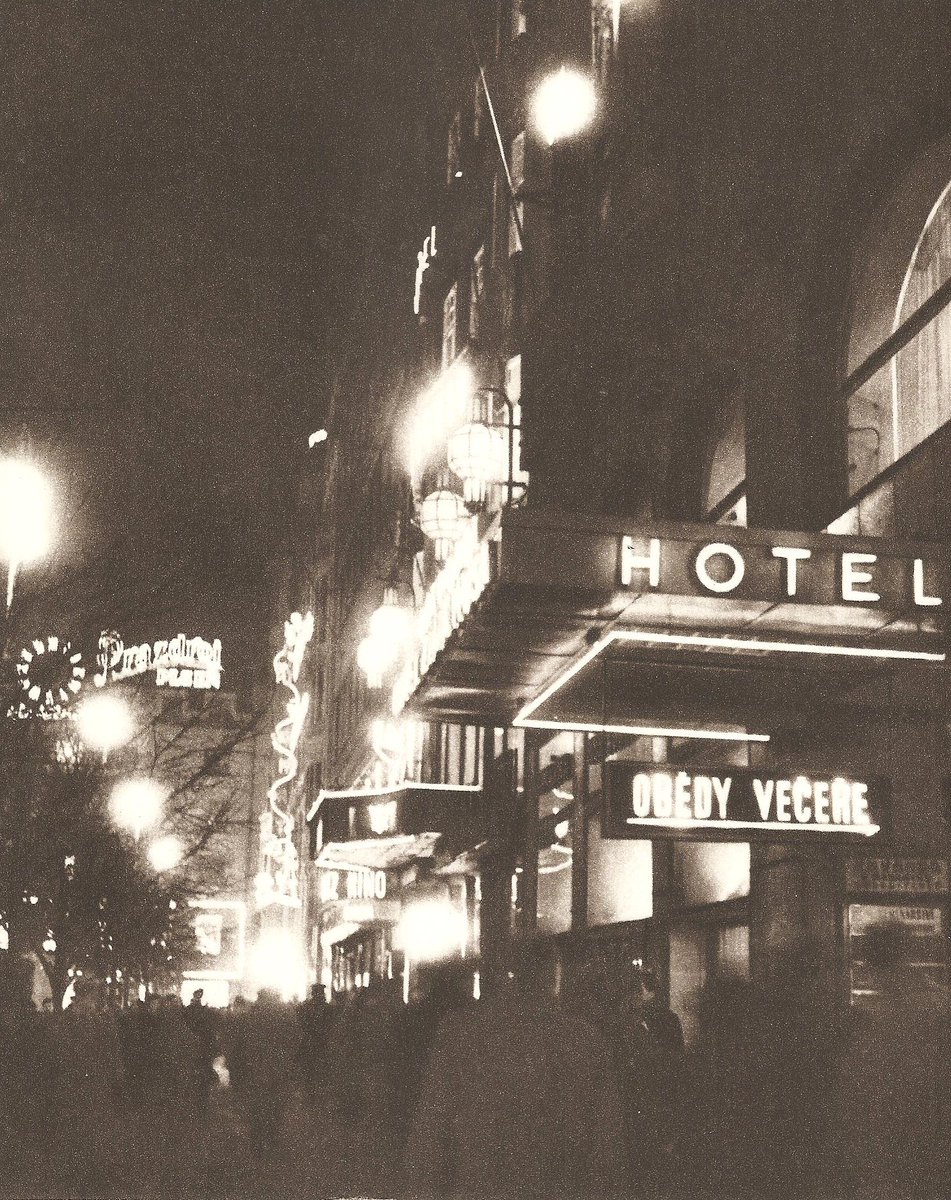