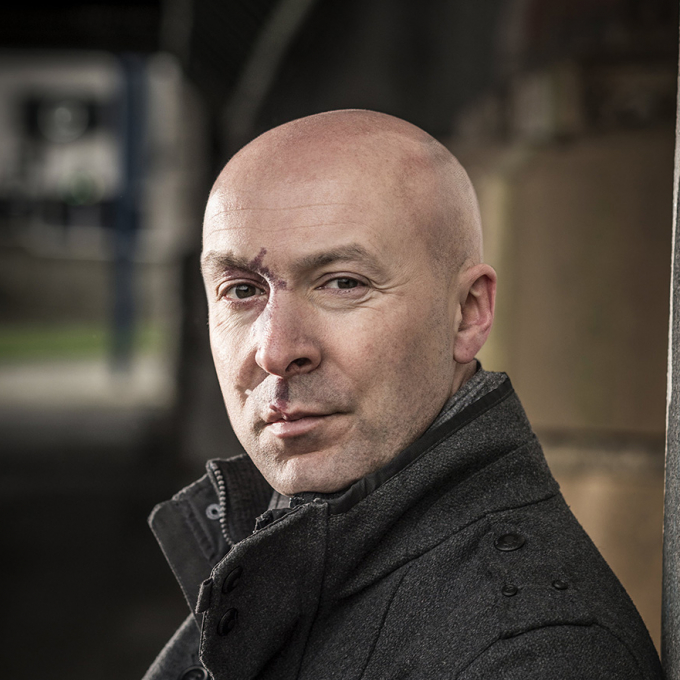 Novelist Christopher Brookmyre was born in Glasgow on 6 September 1968 and educated at Glasgow University.

He has worked for the film magazine Screen International, and as sub-editor for The Scotsman and the Edinburgh Evening News.

His first novel, Quite Ugly One Morning (1996), a satire on the former Conservative government's NHS reforms, won the inaugural Critics' First Blood Award (for Best First Crime Novel of the Year) and was the first in a series of novels featuring investigative journalist Jack Parlabane. Parlabane also features in Boiling a Frog (2000), which won the 2000 Sherlock Award for Best Comic Detective, Attack of the Unsinkable Rubber Ducks (2007) and, most recently, Black Widow (2016).

In 2007, Christopher was given the Glenfiddich Spirit of Scotland Award for Writing.

Christopher has been shortlisted three times for the Theakstons Old Peculier Crime Novel of the Year Award: in 2007 for All Fun And Games Until Somebody Loses An Eye, in 2008 for A Tale Etched in Blood and Hard Black Pencil and in 2012 for Where The Bodies Are Buried.

Christopher Brookmyre lives in Glasgow. His latest novels are Where the Bodies are Buried (2011), a darker novel shortlisted for the 2012 Theakston's Old Peculier Crime Novel of the Year and published under the name Chris Brookmyre; Dead Girl Walking (2015) and Black Widow (2016).

Irreverent and self-consciously over the top, he has been compared so frequently to Carl Hiassen, Florida’s God of the comic-crime caper, that the statement has become a cliché. By his own admission, Brookmyre took his inspiration from his American counterpart. Like his mentor, he tackles issues of corruption and social injustice head on, creating in the process, outrageous plot-driven thrillers that bubble and fizz with leftish rage. Like many American writers, Brookmyre fashions bold, brash heroes who would not be out of place in a multi-million dollar action film. Not for him the miserable melancholic close-to-the-edge introspection of the beer-addled cop archetype.

Part of a golden generation of Scottish writers, Christopher Brookmyre published Quite Ugly One Morning (1996) at the fag end of Conservative rule. A bile-fuelled attack on Tory health service reforms, it won its author an award for Best First Crime Novel of the Year, was well received critically, and sold handsomely. Both Brookmyre’s debut and its follow up, Country of the Blind (1997), about the murder of a media mogul and the subsequent framing of a ragbag group of former housebreakers, feature fearless investigative hack Jack Parlabane. With his conspiracy theory brain and breaking and entering equipment always at the ready; with his quick wit and righteous anger, Parlabane is a character who is set up as a vicarious pleasure. As you read, you find you want to be him. Brookmyre once described Jack Parlabane in an interview as 'a journalist who doesn’t let anything get in the way of the story, whether that be the laws of the land or indeed the laws of gravity.' Parlabane invents his own rules. When he plays no role in a Brookmyre drama, a faux-Parlabane steps in to fill the gap. In one of the author’s best novels to date, Not the End of the World (1998), about devilish plans to bring the heathen, fornicating masses to biblical task in California in 1999, it is Steff Kennedy who takes on the reigns. Steff is a six-foot-seven inch Motherwell supporting photographer, who finds himself lost amid B-movie producers and fundamentalist Christians in a millennial L.A. maelstrom, whilst falling for a former porn star who refuses to be seen as a victim. In Brookmyre’s third novel, One Fine Day in the Middle of the Night (1999), a Die Hard-inspired tale of how not to organise a school reunion, Parlabane is dissipated. Former schoolboy headcase Davie Murdoch gets the extemporaneous criminality; Ally McQuade, 'the genial skilled tradesman who could read books and knew who Krzysztof Kieslowski was,' is in charge of the pithy one liners; and smooth-taking security expert Tim Vale communicates the didn’t-you-just-know-I-was-born-to-be-a-hero-ness. But Parlabane is the star of the Brookmyre show, and it is always better when the author allows his character to wear his shoes rather than getting someone else to fill them. Whether fighting 'white collar crime' in the Catholic Church or an NHS privatiser who organises the murder of pensioners taking up too much bed space, Parlabane’s 'two fingers up to authority' attitude is infectious. Custom-made for anyone who likes punk or Bill Hicks, Parblane’s complete lack of faith in those who govern and control is what makes him work as a character. Brookmyre drops him into ludicrous situations, deliberately hyper-real plots, but adds just enough colour to his fictional alter-ego to mean that Parlabane gets under your skin. After reading him uncover the latest bit of wool pulled over the eyes of the world, you long to take to the streets and discover the hoodlums at work, armed only with a Berreta, a dictaphone and some climbing gear.

Whilst Brookmyre’s work might be satirical and biting, one complaint levelled against him is that he scores high on comfort factor. We know his world will be black and white. We go there to cheer on the winners. This may be true, but it is important to remember that Brookmyre supports St. Mirren football club. With such weekend misery to look forward to, it’s no accident that his fictional heroes claim the prizes that his football team never do.

Brookmyre’s latest, All Fun and Games Until Someone Loses An Eye (2005), is as entertaining as ever, but perhaps lack the sparky dialogue and pace we expect from this writer. However, in its meticulously detailed plotting, with its inspired James Bond type scenarios and its comic fusion of worlds, that of a quiet housewife and a gang of international criminals, it proves that Brookmyre is not only aware of his audience, but is more than willing to give them what they want.

When Brookmyre is on form he is very good. Whether it be with winning throwaway descriptions: 'pale as a virgin at a vampire stag night,' sudden riffs: 'rock bands as a rule shouldn’t really smell of fabric conditioner,' or lines that are there principally to raise a laugh but do, nonetheless, contain a horrible acid truth: 'thus getting away with murder was just another PR job', Brookmyre can be compelling. Country of the Blind, Not The End of the World and One Fine Day in the Middle of the Night, are tightly written and move at the kind of pace you expect from books which eschew realism for some white-knuckle thrills. They are raised above the average comic thriller by virtue of some well-aimed pot shots at sacred cows and tired institutions. If you love John Woo films, have cynicism in your blood and think that the Americans didn’t put men on the moon, then you will have a great time in Brookmyre’s company. The villains are pantomime, each one right-wing and money-obsessed, dominating the press or politics or the law, and going about their business in as dirty a fashion as possible. There are psychopathic MI5 operatives and heart-frigid press barons, religious meglomaniacs and CEOs with dollar signs for eyes. And on the other side is the Brookmyre hero, wise-cracking, quick on his feet and keen to break the law if it means unmasking the bad guy like the Scooby Gang at the fair ground. One word of advice: if you do plan on reading Brookmyre, clear some space in your diary, as once you begin you will not want to stop.

I write first and foremost to provide escapism.  If a few scores get settled or heads turned along the way, all the better, but mainly I want my readers to grip the safety bar tight and enjoy the ride.

@cbrookmyre @MarieDuffy16 Do you mean other than in A Snowball I Hell?
(1 days ago)

@cbrookmyre Spent the morning visiting the scene of my favourite moment in The Sacred Art Of Stealing. 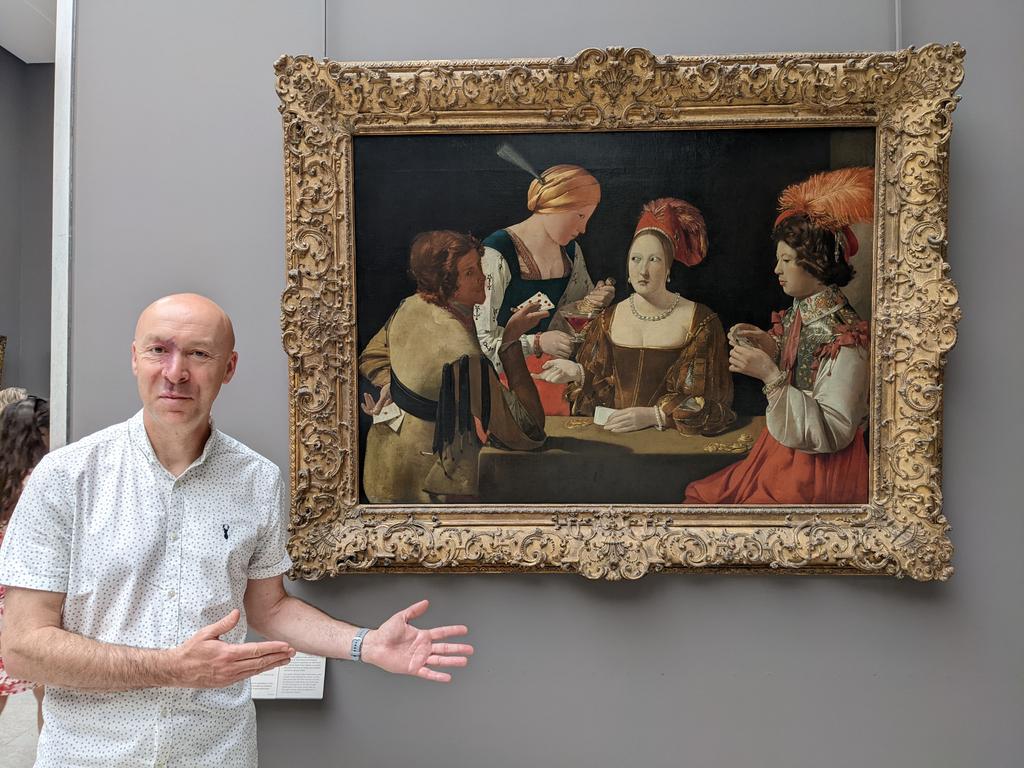 @cbrookmyre RT @TheCrimeVault: Another rave review for The Cliff House! ⭐⭐⭐⭐⭐ If you love Agatha Christie and/or the inhabitants of Wisteria Lane, The…
(4 days ago)

@cbrookmyre @Brownlee_Donald Utterly dreich. The kind of damp day we used to get for school trips to Girvan when I was a kid.
(6 days ago)

@cbrookmyre RT @WaterstonesGFrt: The fantastic Chris Brookmyre came in today to sign some books! The Cut is longlisted for the Theakston Old Peculier…
(6 days ago)