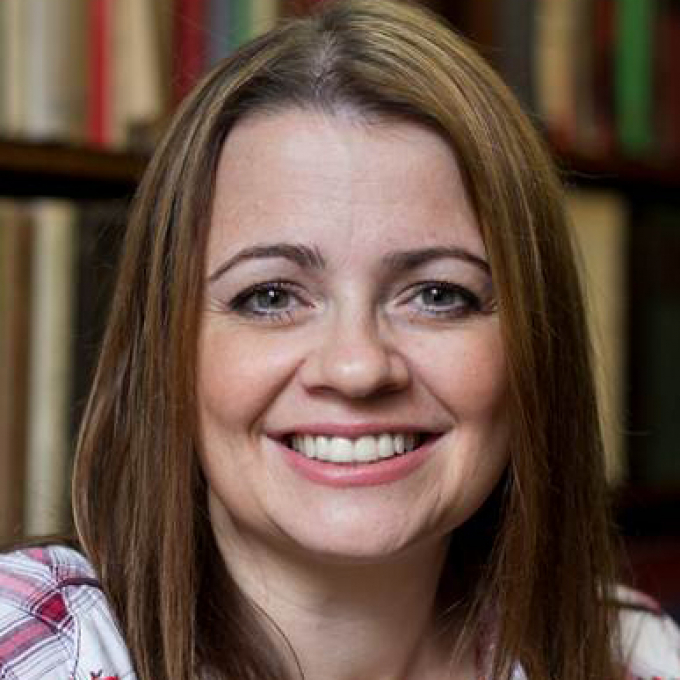 Carys Bray was brought up in a strict Mormon family in Southport, Lancashire, England, where she still lives with her family.  Married by 20, she had five children within seven years before deciding aged 30 to devote herself to further study. During this period, she also abandoned her Mormon faith.

After a first degree in English Literature from the Open University, she began an MA in Creative Writing at Edge Hill University.

In 2010, Bray won the Edge Hill Prize (for the best short story by an MA student) which led to her acquiring an agent.

In 2011, she won the Scott Prize, awarded to an unpublished collection of short stories, and the prize was publication with independent Norwich-based publisher Salt and Sweet Home was published in 2012.

Her first novel, A Song for Issy Bradley, was published in 2014 and chosen for Radio 4’s Book at Bedtime and shortlisted for the Costa First Novel. It was winner of the Authors’ Club Best First Novel Award 2015.

Her most recent novel, The Museum of You, was published in 2016. The same year, Bray contributed a story entitled ‘Storge (familial love)’ to the short story anthology How Much the Heart Can Hold.

Carys Bray has established herself as a fiction writer of rare insight into the subtle ambivalences of loss, grief and faith.

Hailed by the Times in 2016 as 'a gifted pathologist of the bereaved' she has returned again and again to the theme of mourning, unravelling its bittersweet aspects in two well-regarded novels and one award-winning collection of short stories.

Perhaps her most memorable and striking theme, however, has been the consolation and constraints of religious community, drawing upon her own Mormon upbringing in the somewhat unlikely environment of coastal Lancashire. As the Independent wrote of Bray’s hinterland: 'happy the debut novelist who can write well but who also has access to extraordinary subject matter.' In treating this world in such a sensitive and light way, her writings have helped to increase public appreciation of an often-forgotten religious minority.

The complexities, mixed pain and liberation of losing religious belief are key themes in her writings. But Bray claims that her background has also shaped her approach to narrative. The storytelling traditions and strictures of the Mormon faith, she claims, have given her a particular respect for forms of narrative. 'Growing up I’d heard all sorts of miracle stories,' she says. 'Even stories where people had, allegedly, been resurrected and I was thinking about that— what if you were a small child and you really believed that was possible?.' (Bookseller interview, 2014).

However, it was only upon losing her faith in her early thirties that Bray was able to fully embrace the idea of writing. As she told New Humanist magazine in 2014, 'I found this quote by Virginia Woolf the other day: 'If you do not tell the truth about yourself you cannot tell it about other people.' I think that was the case for me. Until I could be honest about my doubts and how I really felt, I just couldn’t write. I started writing around the time when I “came out” as an unbeliever, so the two coincided.'

Bray’s first major published work was the short story collection Sweet Home (2012), written while she was studying for a creative writing MA. The shorter form attracted her in part because of what writers such as Helen Simpson, Alice Munro and Ali Smith had been able do with it. In particular, she treasured what she has called 'the elasticity of the form– stories in the same collection might be surprising, contemplative, horrifying, magical, speculative, experimental, and so on. I loved the way short stories could capture a moment or, in Munro’s case particularly, hold the essence of a whole life.' In addition to the above writers, Bray was particularly drawn to the work of Carol Shields, who taught her 'that there is beauty and interest in ordinary lives.'

Sweet Home wove these influences together into a sequence that explored notably dark subject matter. Bereavement, premature children, addiction and dementia are all treated from a range of different perspectives, often drifting close to fable-like form in their magical richness. In each situation, Bray asks searching questions about, amongst other things, the true meaning of the concept of ‘home’.

The collection was well-received, with critics particularly praising the subtlety of her narrative construction. The Guardian compared Bray favourably to Angela Carter and Fay Weldon, observing that these tales 'trick you into thinking they are just funny, until something disturbing pulls you up short… That deceptively light touch delivers swift, hard punches to the solar plexus'. The Independent thought the collection 'accomplished, moving and unnerving… [a] small tour de force' marked by Bray’s 'supreme control' over her style. The stories brought Bray to a larger audience when they were serialised on BBC Radio 4 Extra.

At the heart of the collection was the story ‘Scaling Never’, which features the same cast of characters, Mormon context and tragic predicament that would form the basis of the acclaimed debut novel A Song for Issy Bradley (2014). In 'Scaling Never' a crisis unfolds from the perspective of seven-year-old Jacob. Having been brought up with stories of Eutychus, Tabitha, the daughter of Jairus and Lazarus, he knows the dead can be resurrected.

The house is full of sadness. It’s packed into every crevice and corner like snow. There are bottomless drifts of it beside Issy’s Cinderella beanbag in the lounge. The sadness gives Jacob the shivers and he takes refuge in the garden. Like the house, it is higgledy and unkempt. The lawn is scuffed and threadbare in places like a grassy doormat that’s felt too many feet.

The success of ‘Scaling Never’ gave her the confidence to approach her Mormon faith more directly. In her own words, Bray recalls that 'When I started writing short stories I deliberately didn’t write about anything to do with religion. That was a conscious choice. I wasn’t sure how to even approach it. But by the time I’d written Sweet Home I was ready to have a go, and I knew too that if I was ever going to write a book with Mormon characters it would probably be best to do it sooner rather than later, while it was fresh in my mind.' (New Humanist interview)

The result was novel A Song for Issy Bradley, Bray's most well regarded work to date. The novel took us through the effects upon a religious Lanchasire family of the death of one of four year old daughter Issy. Bray explored multiple dimensions to the tragedy and different styles of grief, taking each perspective in the family in turn. The tone and nature of their responses veers from the realist to the magical. Ian the father experiences the tension between the hyper-rationalism and logic of his day job as a maths teacher and the optimism forced on him by his role as Mormon bishop. His son Jacob, meanwhile, concocts plans to have his sister resurrected.

The details of the novel’s plot were at least partly related to her own life story. Both in the Lancastrian Mormon milieu, and in the loss of a child, having as a mother of 23 suffered the similar fate to her own child before it was well enough to leave the maternity ward. 'Afterwards, I would imagine ways in which it could have been worse' she told Bookseller magazine, 'and maybe the whole book is an exercise in imagining ways it could have been worse. So I suppose, although some of the grieving in the book maybe is related to things I’ve experienced, most of it isn’t.'

The novel was extremely well received. Critics particularly admired how it managed to explore tragedy with humanity and humour. The Express thought it 'a powerful, heart-breaking book', and the Guardian was impressed that Bray’s 'thoroughness, imagination and dexterity' allowed her to confront 'such distressing subject matter without falling prey to sentimentality.' The Times agreed, proclaiming that 'this is no misery-lit book. You will find no mawkishness here. Bray displays warmth and wit.' To the Independent, the humour was 'never mocking or unkind' and helped give distinctive life to 'an impressive debut from a compassionate, wise and original new voice'.

For her follow-up, The Museum of You, Bray returned to themes of domestic loss, exploring a journey of discovery taken by twelve year old Clover Quinn into the life of her mother Becky, who died when Clover was a young child. She opts to spend a summer working through her mother’s possessions in order to curate an exhibit for her Darren, her father, and is at first cautious to protect him from his own sadness. 'When you grow up in the saddest chapter of someone else’s story,' she realises, 'you’re forever skating on the thin ice of their memories'. The novel begins gently and almost deliberately slowly. Yet as she learns more about her mother, Clover inevitably discovers a more complex side to her mother than she bargained for.

Once again, critics praised how Bray’s lightness of touch helped raise her material above mere punches to the gut. 'In less skilful hands,' the Observer review noted, 'this could easily become mawkish or sentimental. But Bray's talent is in her understated emotion and wry humour' that make her 'a perceptive and sensitive storyteller.' The Times declared that the book was 'ultimately a story of optimism and, unexpectedly, delightful humour-rich observation.' The Irish Independent thought the novel 'tender, compelling and beautifully written' and concluded that with this triumph, 'Bray demonstrates yet again that she is a force to be reckoned with in contemporary fiction.'